I've been set a challenge to dress in the style of each decade of the Twentieth Century over the next ten days.


In the years following the Edwardian-era the clothing style continued to evolve. Following the Ballet Russe's arrival in Paris in 1909 the wealthier classes became obsessed with the opulence and exoticism of the costumes and stage sets. A popular trend of this period was Orientalism whereby the wealthy classes dressed themselves as Geishas and harem girls for wild parties. 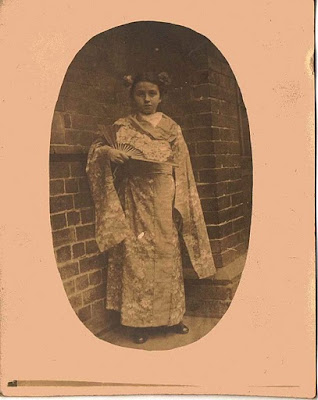 Great Aunt Florence outside the family home in Chester in 1915. The kimono and obi have hung in the cloakroom of my family home ever since I was a child, but much to my dismay, my father decided to throw them in the bin a fortnight ago. Unfortunately, not all my family share my hoarding gene. 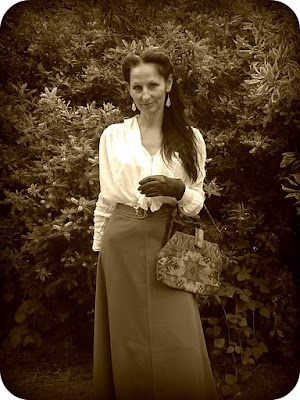 The Great War years of 1914-1918 heralded the invention of the first brassiere causing corsets to be abandoned and tailoring to become softer. Belts were worn for the first time and due to many women working outside the home to help the war effort, handbags became a necessity. In-line with the trend for all things Oriental carpet bags were especially popular. 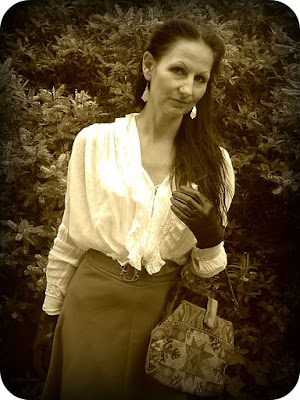 Jewellery was kept to a minimum and for practicality's sake hair was either cut or worn in "curtains", parted at the centre and rolled up at either side. During this period Henna was used for the first time, due to it being both natural and exotic. 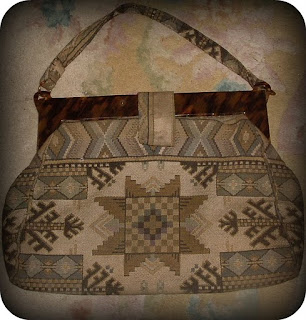