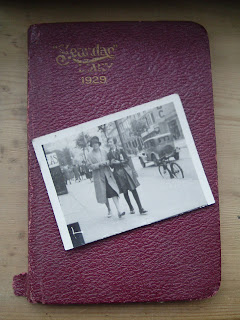 I found this diary in amongst a job lot of books I bought at a jumble sale many years ago. 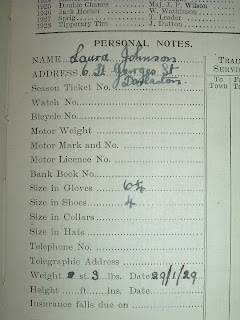 It belonged to a young woman named Laura Johnson who was employed as a local housemaid back in the 1920's. 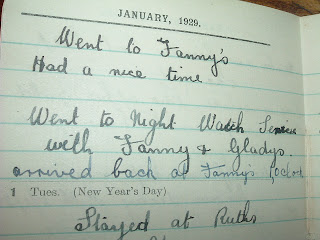 Enclosed within the diary were some snapshots of what must have been Laura, her mother and her sister, Molly. 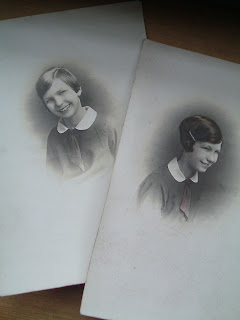 The diary has lots of fascinating insight into Laura's life including eating "brains on toast" for tea, paying the chimney sweep, knitting and visiting the cinema. 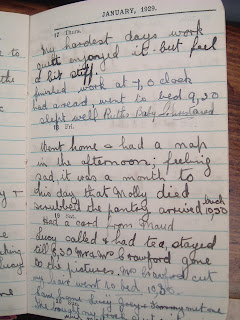 At the back of the diary is the following heartbreaking story, written by Laura about the death of her beloved sister, Molly in December 1928.

"Molly came home with her thumb badly cut. She went back to work in the afternoon but at night she complained of pains in her head. Mother sent out for the doctor who said that she had the 'flu. She raved all the week with the dreadful pain in her head and ears. When the doctor came on the following Monday he said that she had an abscess, which broke on Tuesday after poulticing. I shall never forget the way that Molly suffered. She got weaker each day until she couldn't bear us to move her whilst we made the bed or washed her.
It broke my heart when her eyesight went, she'd asked me to sit with her & said that she couldn't see me.
The Doctor came on the Sunday and said that the only chance was for her to have an operation immediately. The ambulance came to fetch her and I thought that I would go out of my mind. I went to the hospital with her. When we got there the sister said that she was seriously ill and her temperature was 104. Her groans as they were putting her to bed were nearly too much to bear. How I wished it had been me to suffer God's Will. I would have readily given my life for my little sister, I loved her so much.
Mother & I went to see her the following Tuesday. We had a telegram from the sister and we went straight to the hospital on Friday. She passed away at 6.30pm. Her last words to me were "Take me home and don't leave me".
She was brought home in her coffin and looked beautiful, like an angel. It seemed almost a sin to bury her when the day came for us to part with her for ever. It was awful when they put her in that deep grave, I felt like going in with her.
I have only visited her grave once with Mother. When I go again I shall feel like digging her up.
I miss her and to think that I shall never see her again drives me mad." 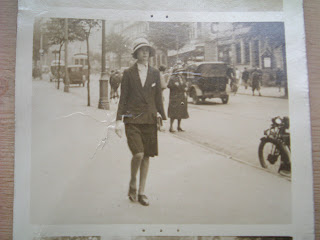