Getting To The Bell-Bottom Of It (and other stories) 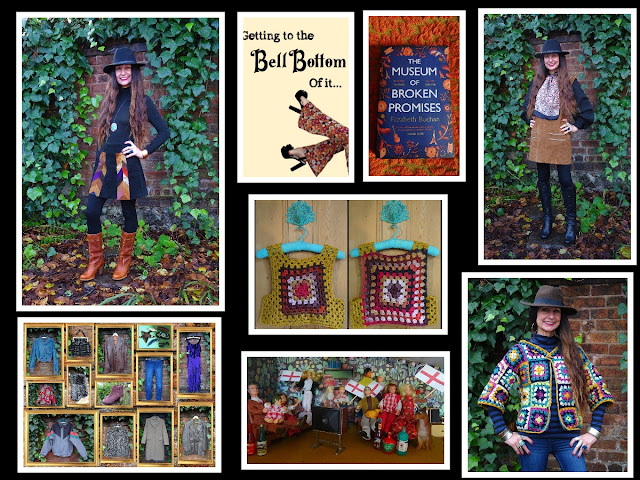 When we popped over to Moseley Vintage Hub last week I bought Graziella's entire stock of vintage clothes. My '70s silver lurex maxi by Bernshaw, which I'd bought from her in the past remains, to this day, my favourite festival outfit.... 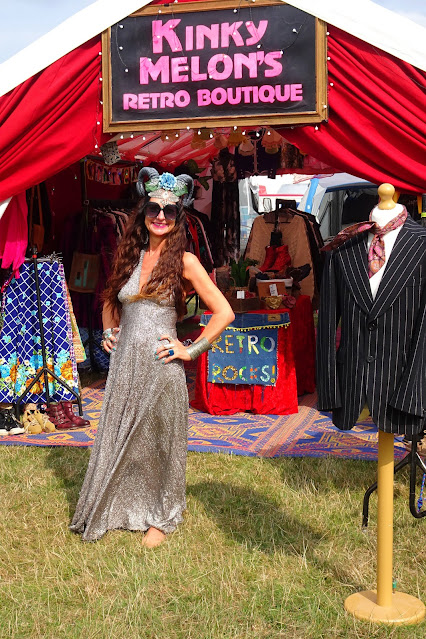 Most of the clothes went straight into next year's festival stash but I had to keep this stunning '60s suede mini skirt. 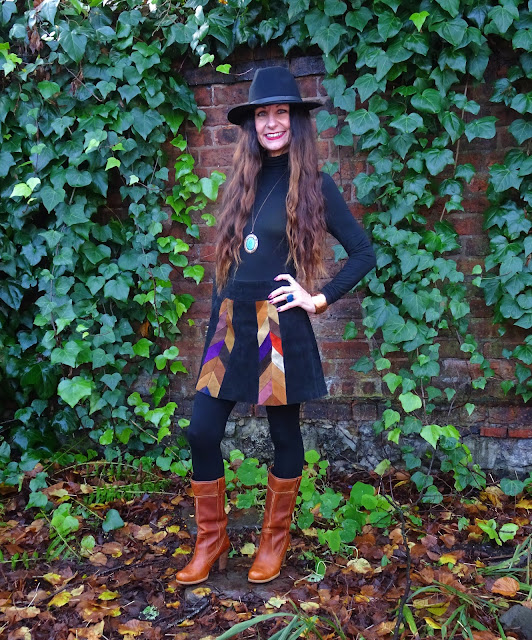 I wore it on Wednesday, layered up with my trusty M&S Heatgen thermal polo neck & leggings (bought as factory seconds from eBay and now into their third Winter) along with the Timberland waxed leather boots which are rapidly becoming the new footwear favourite. 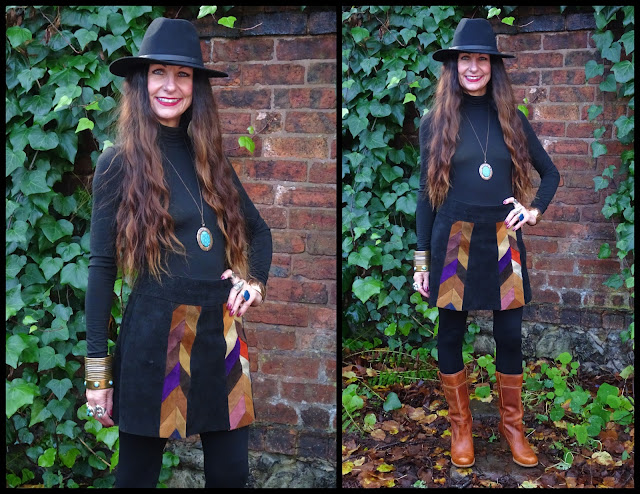 Here's a close-up of the vintage Made in Canada copper and turquoise cuff & pendant my Mum was given by her longtime boyfriend Bob after he'd visited Canada in 1966, shortly before she dumped him for my Dad. Sheila has the same pendant, I always think of her when I wear it. 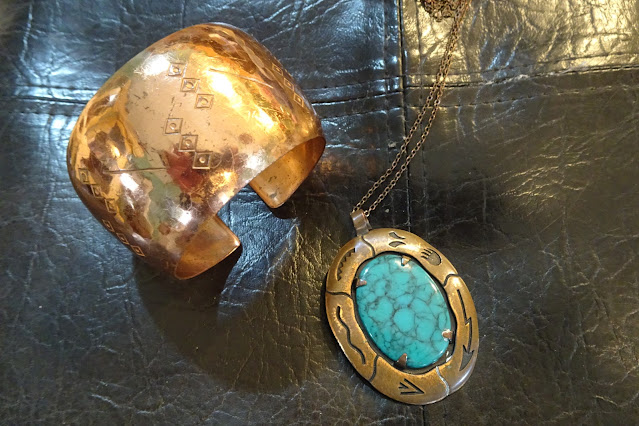 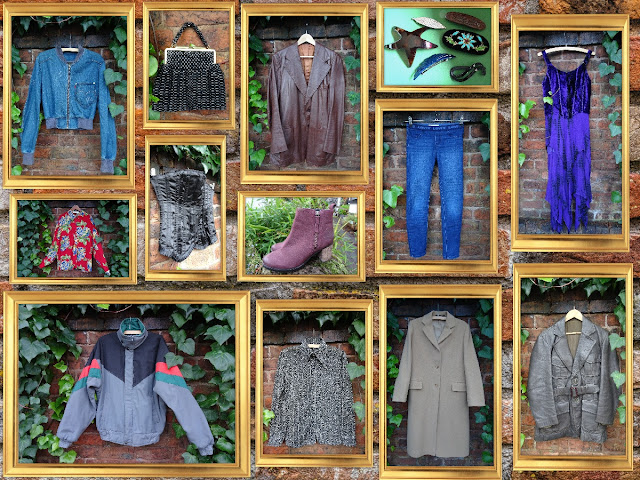 I had to giggle at a message from my friend, Wayne who'd just come back from the Walsall Society of Artists exhibition at the New Art Gallery and overheard two women discussing Liz's painting of me.... 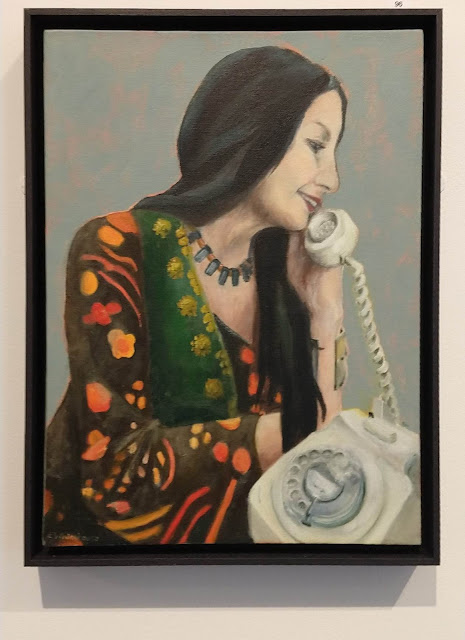 "...you mean you don't know Vintage Vix!? I was told about her from someone in America!" Internationally famous, that's me! 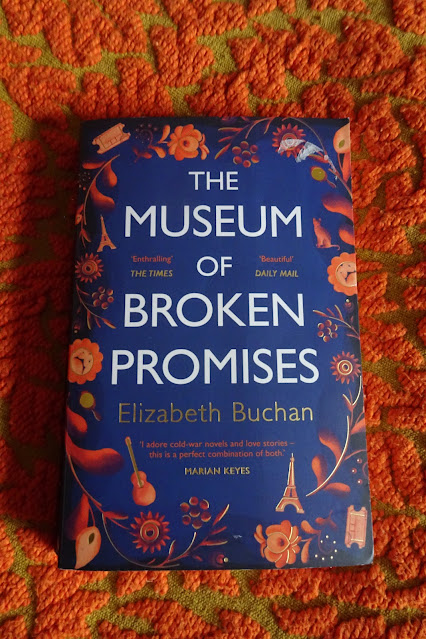 Needless to say, we spent the day - and night - watching World Cup football. Later, I cracked open my 71st book of the year which my friend Lynn had passed on. A chapter in and I was already captivated. 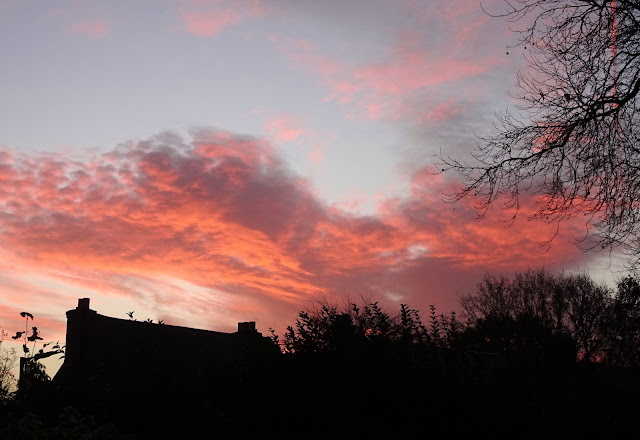 The beauty of Thursday morning's sunrise belies the sadness which lay ahead. 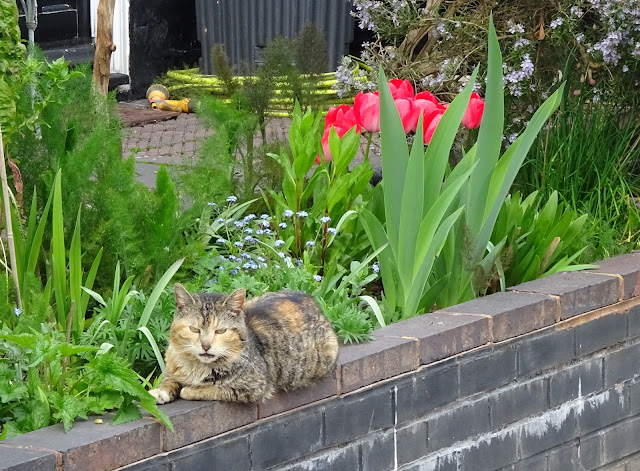 The little feral tabby, Ollie, who lived in the cat colony in the old windmill until the developers moved in, hasn't been popping in as often as he had and the last couple of times we'd seen him he'd been in a poor state. Shortly after taking this photo he turned up for breakfast, wandered into the house and sat in the hallway. On the advice of the vet, we called the RSPCA who promised to come round and take a look at him but warned us that they were rushed off their feet and it might be the afternoon before they could reach us. A couple of hours later he settled into the cat box we'd left open in the kitchen which Jon promptly closed, called the vets who offered to don some protective gear and take a look at him. To cut a long story short, he was sedated for investigation and Laura, the vet, discovered that his teeth were horrendous, his kidneys had completely failed and that it was highly unlikely he'd survive surgery despite us offering to pay whatever it took to make him better so, sadly we had to let him go. The vet and the receptionist told us that we were amazing for doing our best for a poor, defenceless feral cat but we can't help but feel we've failed him. If only he'd let us get close to him when he first started turning up all those months ago. 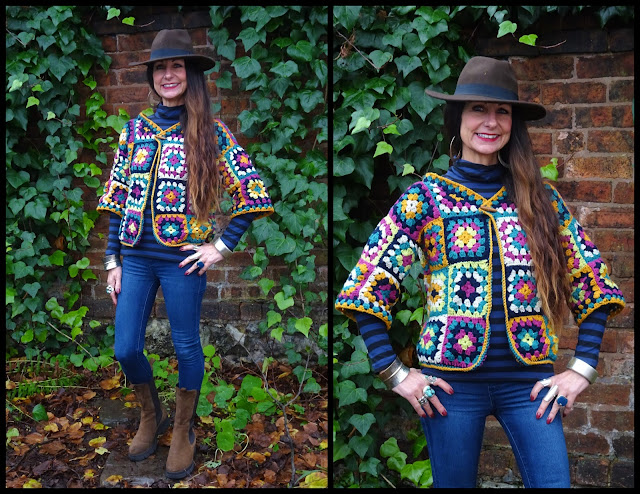 Anyway, you don't read my blog for self-pity and misery so here's something far more cheerful - the completed granny square cardi I've been working on for the last ten days. 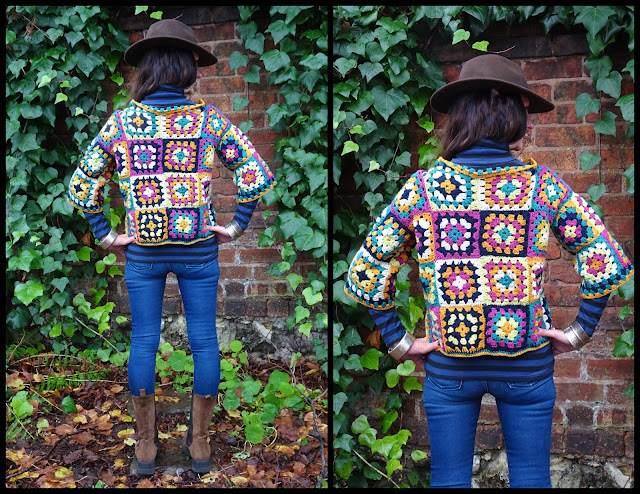 Worn with the previous day's Levis denim leggings. The Celtic & Co handmade suede Chelsea boots were a retail buy last winter, paid for by selling a couple of pairs of boots I hadn't worn in ages (buy quality and you'll often get your money back (and, in my case, a lot more) if you decide to sell them a few years along the line. 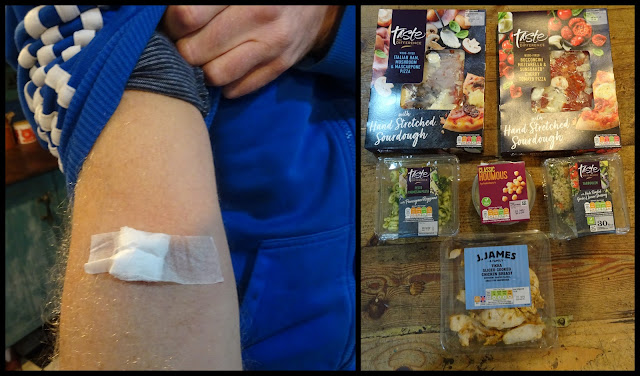 Last year Jon was asked by the NHS to take part in the Galleri GRAIL trial (details HERE) and has to give a sample of blood once a year. By way of a thank you he's given a £10 Sainsbury's gift voucher after each appointment which, of course, he had to spend on treats - we ate half the pizza each last night, the second half will be Friday's tea. 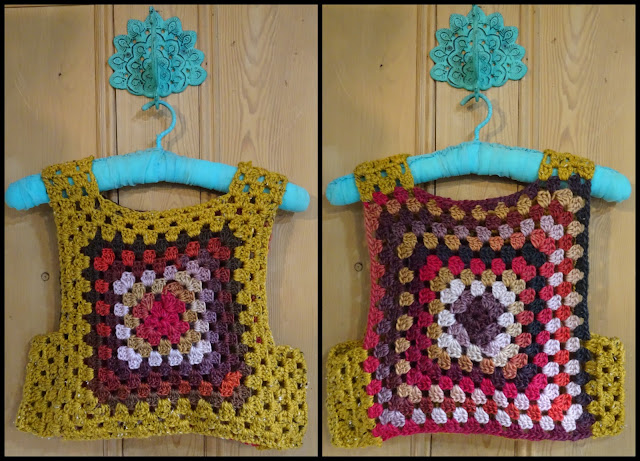 In the mood for more crochet I had a rummage through my wool stash and made a two-way tank top with one eye on the football, of course! 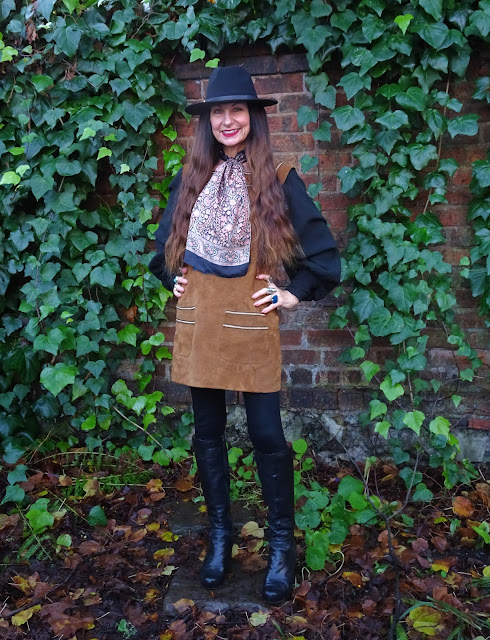 What with Thursday's cat trauma we'd missed swimming so popped down this morning for our twice weekly half-mile. Jon turned his phone off and we successfully managed to avoid any football talk whilst out so we could watch the Wales Vs Iran match on catch-up when we got home. Poor Wales, who were run ragged by a much feistier Iran. 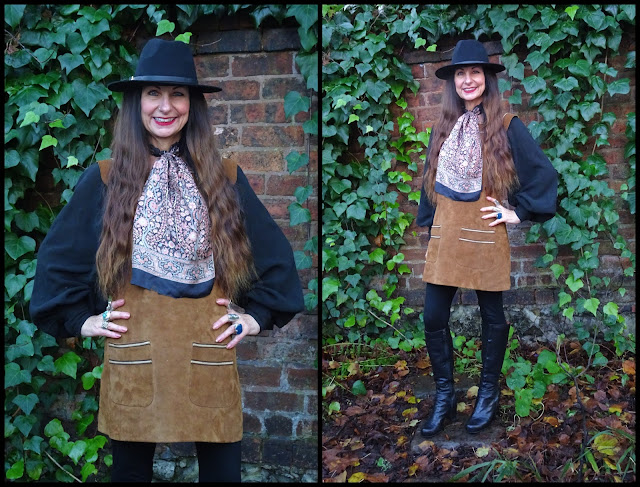 I wore this 1960s suede mini dress, bought from the legendary Second to None, back in 2014 along with a vintage Liberty silk scarf snaffled from a car boot sale in November 2009. 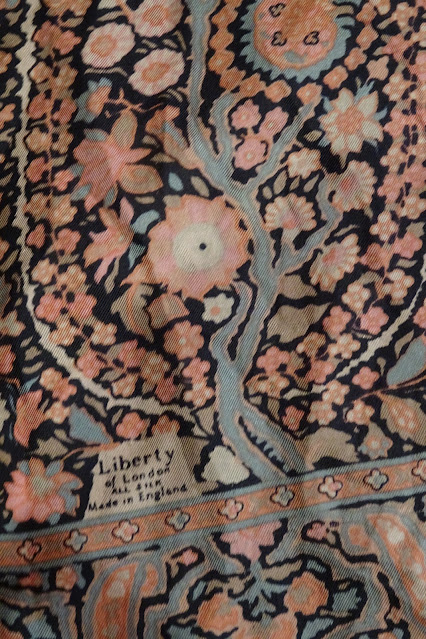 Sorry love but that's got to be two quid 'cos it's designer. Bargain! 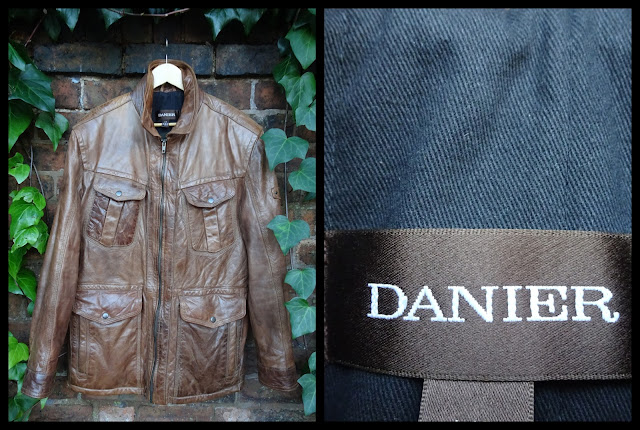 As usual, we walked home from the baths via the market where I spotted this unworn leather jacket on a secondhand stall for £8. I know Danier from Sheila's blog as she's a big fan of the Canadian company. It was going to go in the stockroom until Lord Jon made the fatal mistake of trying it on. Talking of fame, fellow Black Country girl and hippy chick Sophia recently interviewed me for a feature on her blog and her questions were brilliant. You can read her interview HERE 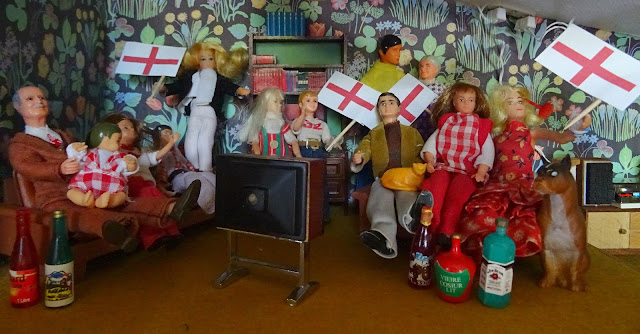 Tonight's the night - we're playing the USA. I'll shortly be changing into my lucky leggings, pouring a large rum and joining my Lundby family in front of the TV.
Come on, England!!!!
Posted by Vix at Friday, November 25, 2022

Email ThisBlogThis!Share to TwitterShare to FacebookShare to Pinterest
Labels: Charity Shopping, Crochet, Interview, It's All About Me, Jon, Outfit