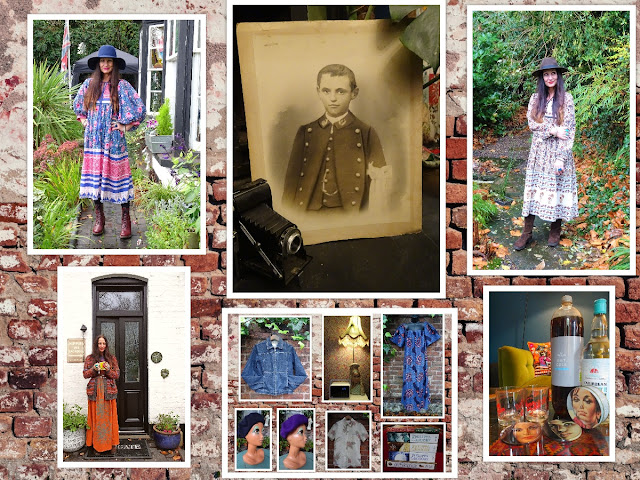 On Monday Lord Jon was up at the same time as me. He's participating in a clinical trial for the NHS over the next two years and had blood tests on the other side of town at 8am so he left me to my Wii Fit and a solitary breakfast of tea and toast. 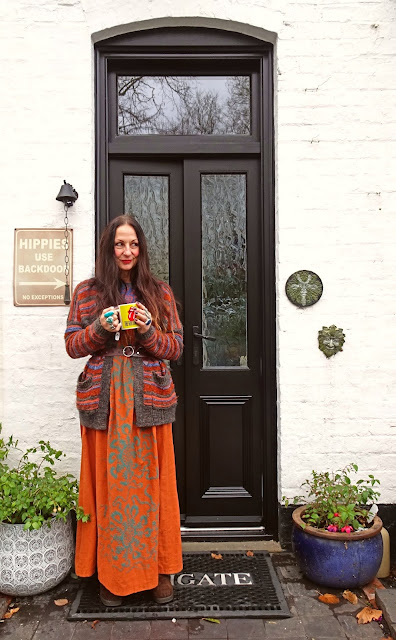 Although I'd felt a bit rough the previous day, the drugs and brandy had done the trick and I was feeling almost normal. The temperature hovered at around -1°C for most of the morning but I was cosy in my layers. 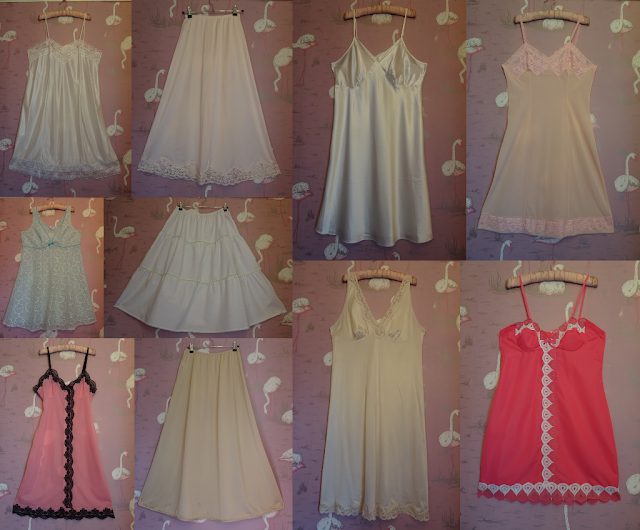 I braved to Kinky Shed to pull out the stock I'd sold over the weekend and wrapped it ready for Jon to drop off at the Post Office after lunch. Not fancying any outdoor photography, I used the landing wall as a backdrop for some vintage lingerie which I spent an hour ironing. 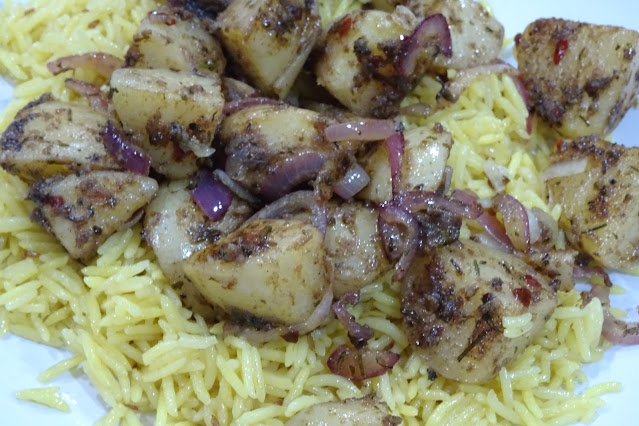 Jon got back just as I'd finished, with plasters on both arms as the nurse had trouble drawing blood, and bearing a £10 gift voucher as a thank you from the NHS for taking part in the trial.  After I'd listed the lingerie on eBay I spent the rest of the afternoon reading in front of the fire. Jon made Aloo Chat for tea and we watched more of The Americans. 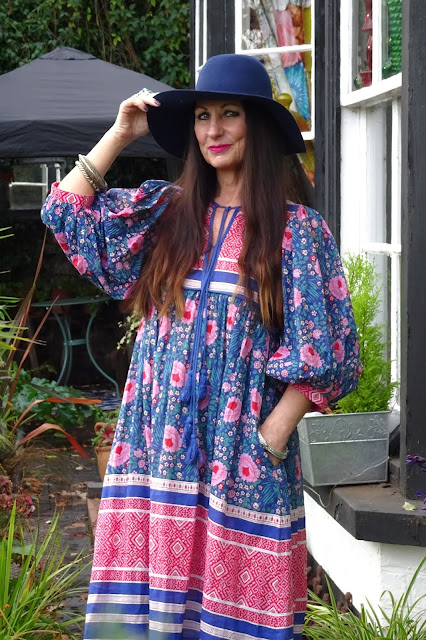 After breakfast on Tuesday, with unseasonably warm temperatures of 13°C, I felt ready to face the world so we drove over to our favourite Black Country town for a charity shopping session. Mask wearing in shops & on public transport in England had again become mandatory at 4am and we were pleased to see that almost everyone was wearing them. 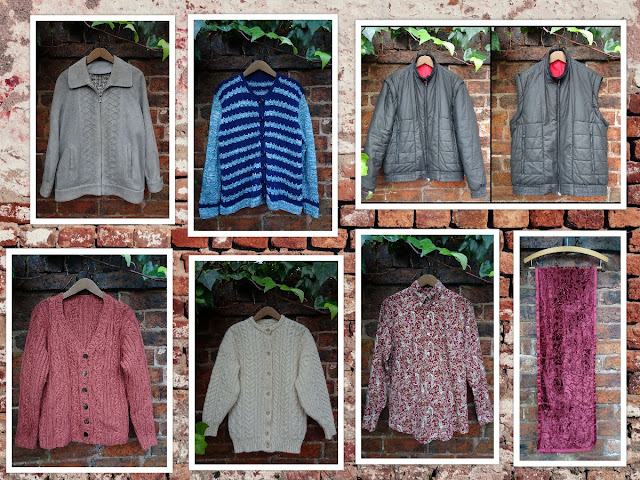 We came back with some fresh stock for the Kinky shop, a handmade 1970s suede jacket, two hand-knitted wool cardis and a pleasingly chunky Aran one, a Past Times burn-out velvet scarf (I used to love that shop!), a paisley button-down shirt by retro Manchester brand Pop Boutique and a 1980s zip-off sleeve bomber jacket by Rumours.

A crazed street preacher took a dislike to me when I declined her leaflet, yelling about vanity and how my only chance to avoid eternal damnation was to repent to the Lord and be saved. Vanity! I had to laugh, I'd not combed my hair since Saturday and was dressed from head to toe in other people's cast-offs. 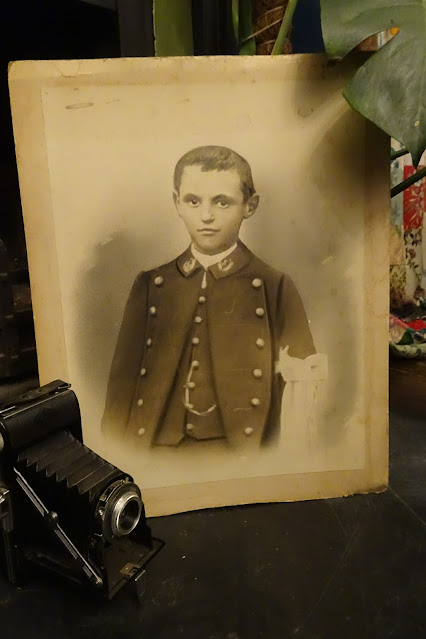 Jon spotted this Victorian photograph of an injured boy soldier propped up next to the counter in one of the charity shops and the manager said it had only just been donated but he could have it for £2. We spent ages researching military uniforms and collar badges but, so far, have failed to discover the poor lad's origins. 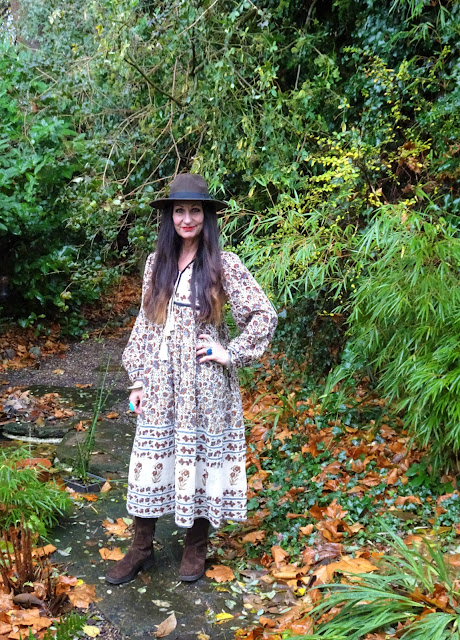 I woke on Wednesday morning to the sound of torrential rain and my cold completely gone. I did my Wii Fit workout then dashed to the Kinky Shed to collect the eBay stock I'd sold overnight and wrapped it ready for the post office run. After breakfast, the rain seemed to have stopped so we walked into town as I wanted to drop off another pair of boots at the cobbler for reheeling. 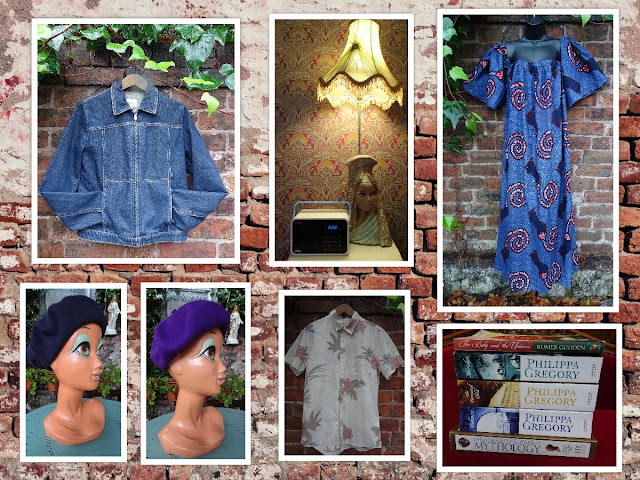 Of course, we had to visit the town centre's four remaining charity shops, coming home with a pair of wool berets (one with the Accessorize tags still attached), a 1990s Calvin Klein denim jacket, a Quiksilver surfer shirt, a West African waxed cotton kaftan (with pockets!), a pile of books from the hospice shop's 5 for £1 sale and a DAB clock radio to replace the alarm clock I bought Jon back in the 1990s - now he can wake up to 6Music instead of Radio One. 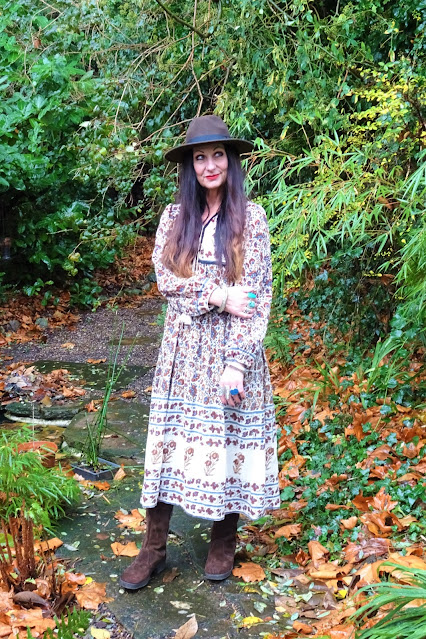 I wore the Naked Generation dress I'd bought from eBay last week (another ethical brand I love), along with the 1970s crepe-soled Italian sheepskin boots I'd found in the clearance charity shop on Sunday morning. Jon had rubbed a pencil lead along the zips as they were a bit stiff after 50 odd-years of wear and they were as good as new. 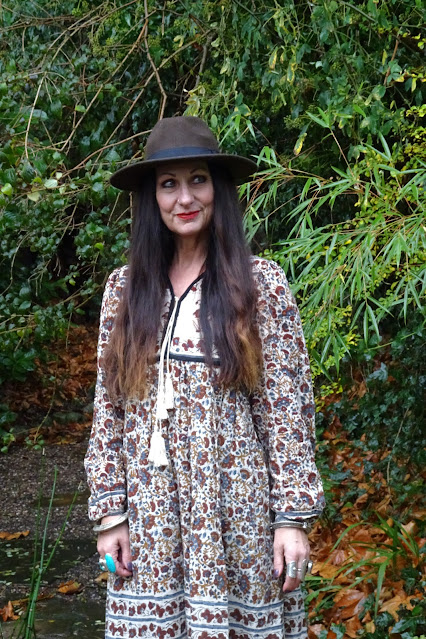 I did wear one of my cable knit cardis and a suede coat over the top of my dress as the forecast was for another icy cold day but I was sweltering walking back up the Hill of Doom. 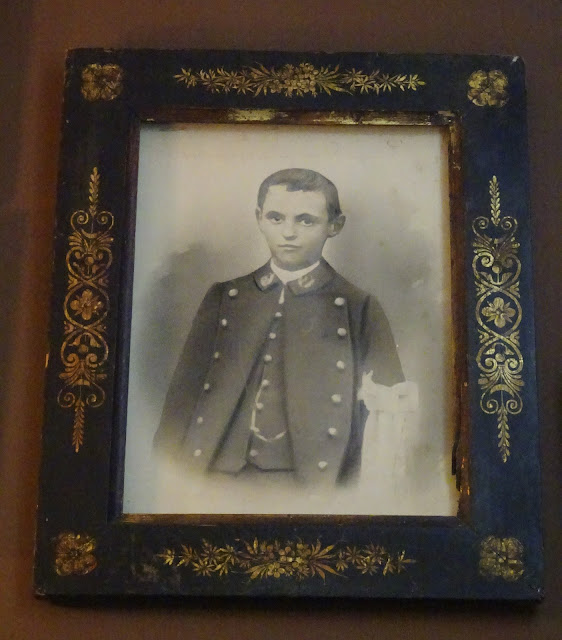 Lord Jon framed Malachi, The Maimed Boy Soldier in a Victorian frame we'd found behind a wardrobe when we emptied the parental home and hung him in the bathroom alongside some of my dead ancestors. 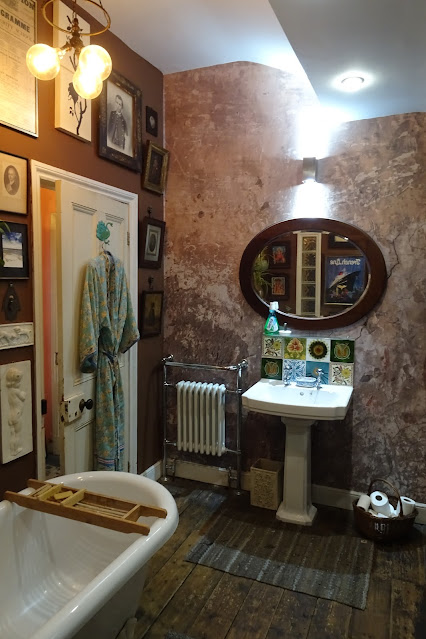 I love that when you're a charity shopper your home (and wardrobe)is always evolving and taking unexpected turns. Who'd had thought a few days ago that I'd have a long-departed young man watching over me whenever I visit the loo? 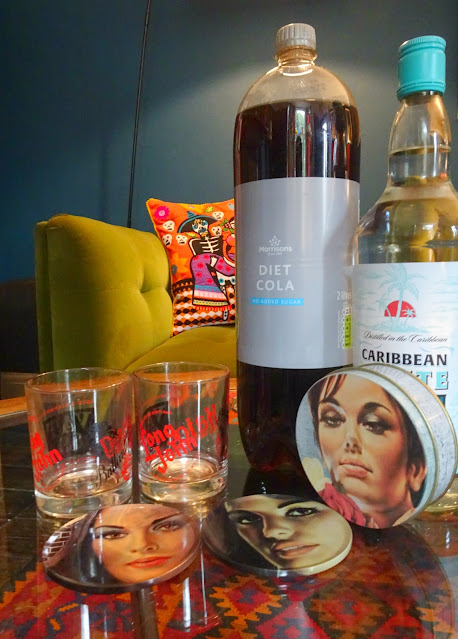 I'm off to catch up with Blogland before the bar opens. Well, it is Wednesday!
See you soon.
Posted by Vix at Wednesday, December 01, 2021