Back To Life, Back To Reality 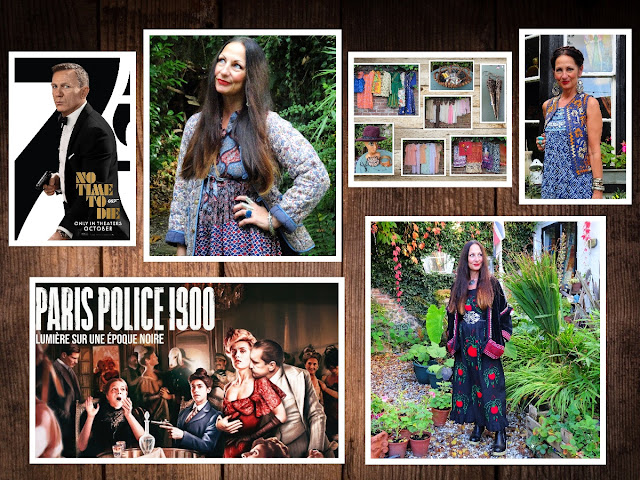 Where does the time go? I can't believe we've been home for a fortnight. Thank you so much for indulging me and allowing me to relive our trip to Rhodes over the last five blog posts. 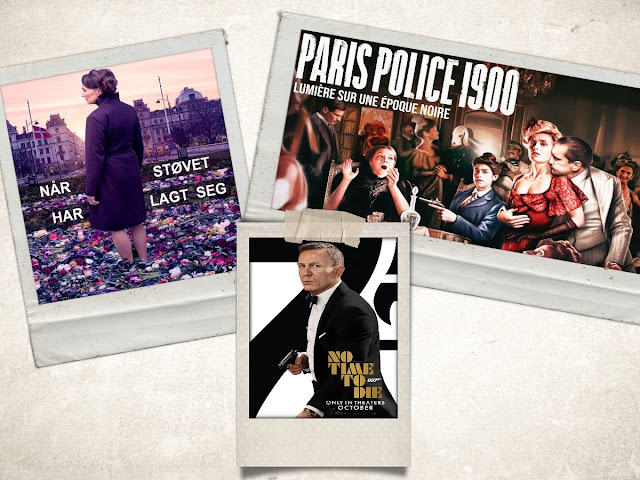 So what have I been up to since we got back? It's been pretty much business as usual, kicking off with daily Wii Fit sessions, selling on eBay and lots of rummaging through rails in charity shops. We've had an all-dayer in Spoons and finally been to see Daniel Craig's final outing as 007 in No Time To Die at the cinema - which didn't disappoint. We've binge-watched BBC4's incredible Paris Police 1900, a visceral & visually stunning French-subtitled period drama set during the time of the Dreyfus Affair and, last night, started the Danish thriller series When The Dust Settles. Being a huge Wes Anderson fan, I was mega excited about seeing The French Dispatch at the cinema this weekend until I discovered that Walsall isn't screening it so it looks like a trip to Birmingham. We've finally had our new bespoke hardwood front door fitted, Jon's traded in Young Kim  (our knackered Hyundai runaround) for an 18-year-old Citroen which we've called Patrice in honour of one half of the French-Swiss couple we hung out with in Lindos. If you know us in real life you'll already be familiar with Jon's daily rides - they're always cheap, bought with cash and driven until they fall apart. Patrice cost less than some people spend on a coat but he's quite the looker - photos to follow! 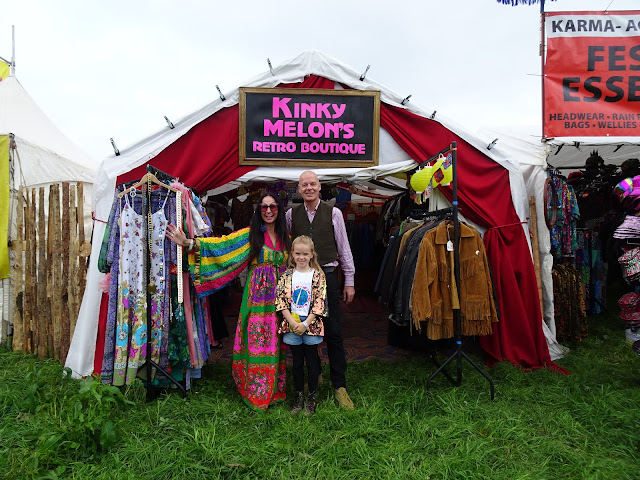 Glastonbury have been in touch to ask if we'd like to trade there again next year (that'll be a big fat yes!) I'm so excited that I've already started working on my Handmade by Kinky festival collection, making a dress from a vintage tablecloth, virtually identical to the one I made (and sold to this gorgeous girl) below. 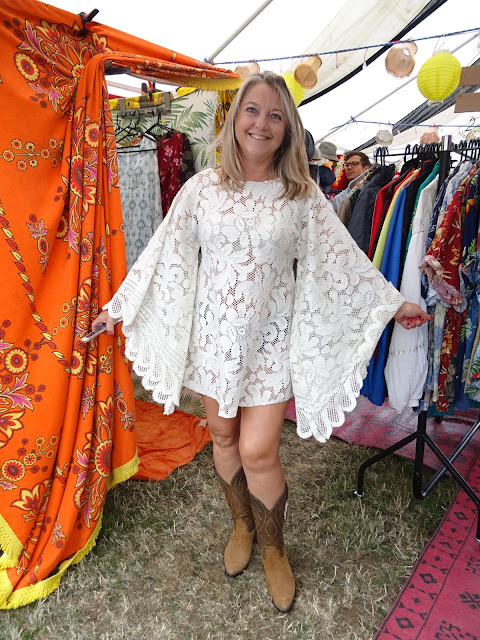 Last weekend our lovely MyHermes driver arrived with a huge box. Perplexed as to what it could be - I'd not bought anything from eBay in weeks - I ripped it open and found a wealth of goodies (see collage above) and a beautiful letter from Cee, a lovely blog reader. Anything not already snaffled by myself will soon find deserving new homes over the coming months. 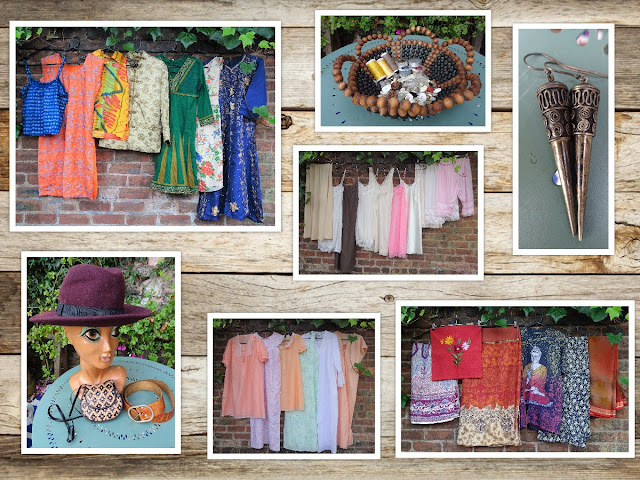 Despite masks not being mandatory in England since 12th July we still wear ours when we go shopping. I don't care if we're in the minority, we're used to being stared at! Talking of shopping, here are a few of our latest finds. 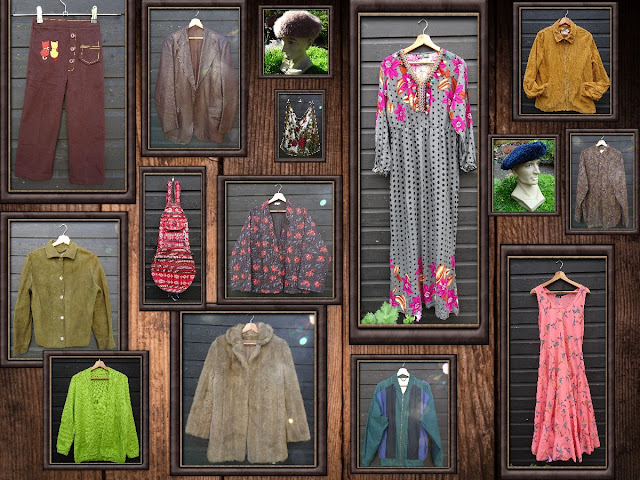 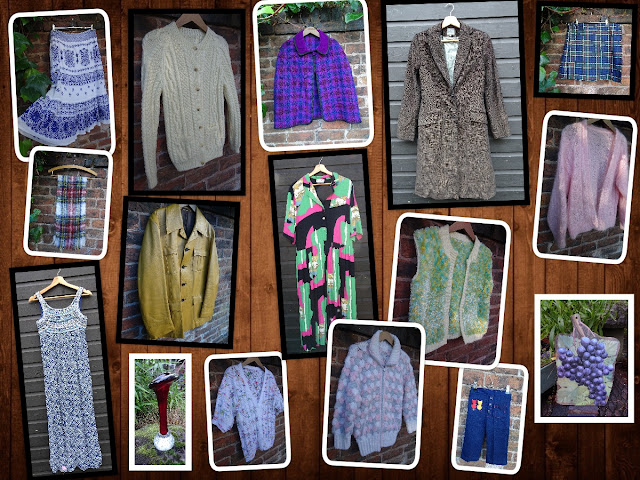 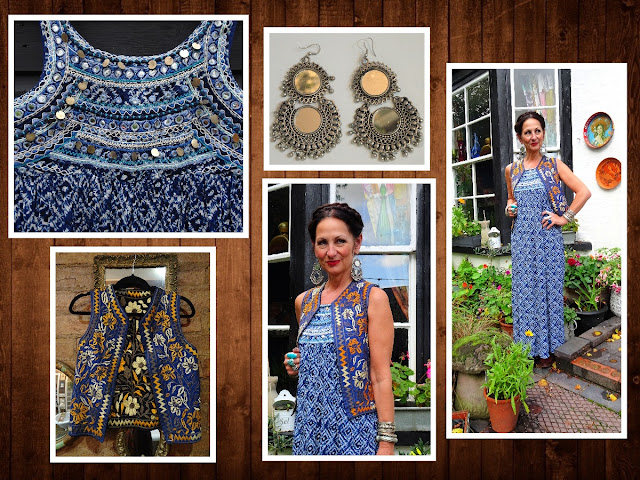 Over the last week or so, we've had temperatures in the high teens and low 20s, warmer than August! Jon thought I was mad for going out with bare arms on Wednesday morning but soon changed his tune when he nearly expired from the heat in the final charity shop we visited. I'm wearing the Monsoon cotton maxi I bought from the charity clearance shop on Sunday (£2!) with the vintage Kashmiri woolwork waistcoat Cheryl gave me along with some mirrored earrings bought from the roadside in Goa last year. 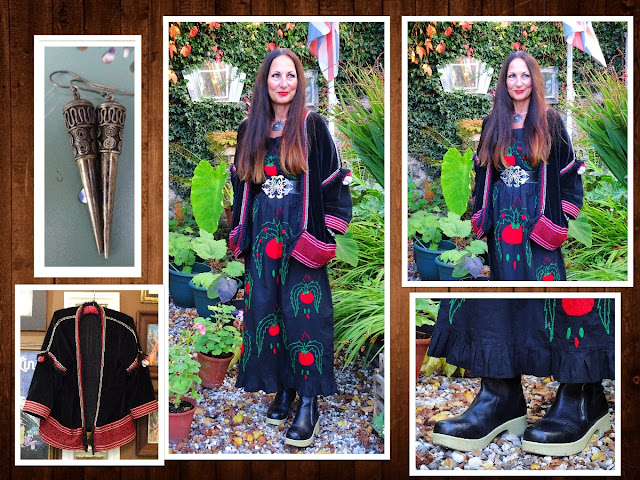 On Thursday the temperature plummeted to 12°C which gave me the opportunity to wear my absurdly comfy, new-to-me, black leather clog boots which I'd spotted on the Lotta from Stockholm website a couple of years ago and had searched for on eBay ever since. They're still available online for £178 but needless to say, I paid a fraction of that! As our tomatoes are still ripening,  I thought my tomato dress was seasonally appropriate, made cosier with the addition of my Masscob velvet jacket (another eBay find, it retailed in Liberty for £480, I paid £20). The tribal earrings were in the box of goodies Cee sent me. 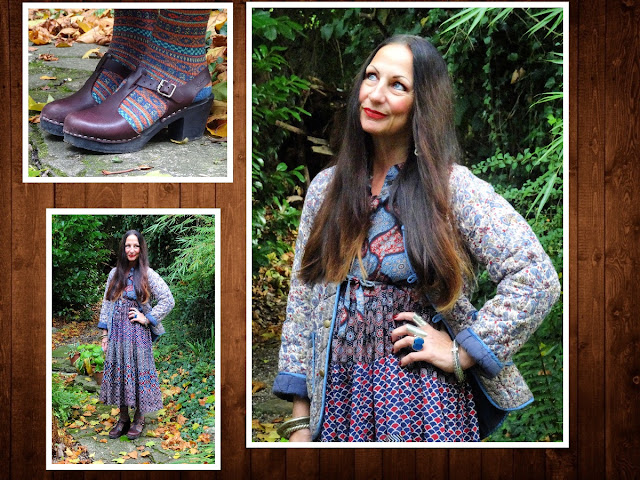 Friday's been another chilly day and, like yesterday, I've been working outside taking photos of the stock. I layered my Indian cotton block printed midi dress (from the charity clearance shop) with a vintage quilted jacket bought from my friend Liz at Easy Tiger along with some Nordic socks (nicked from Lord Jon) and some eBayed Lottas. 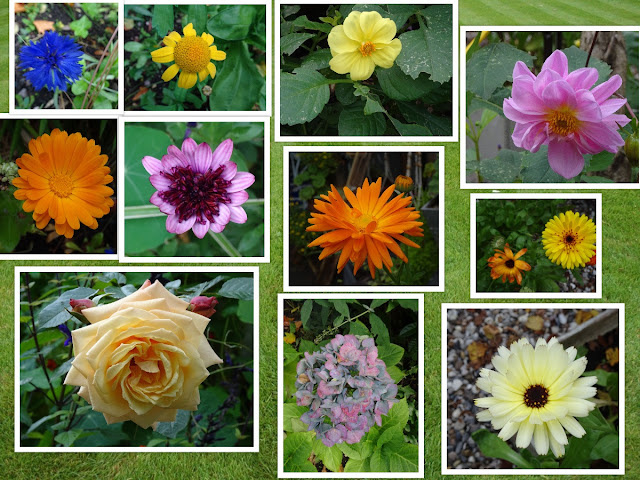 The garden's gone crazy, it's still blooming like mad. The roses are having a third flowering, the nasturtiums are still taking over and I'm picking strawberries for breakfast every morning. Tomorrow is bulb planting day! 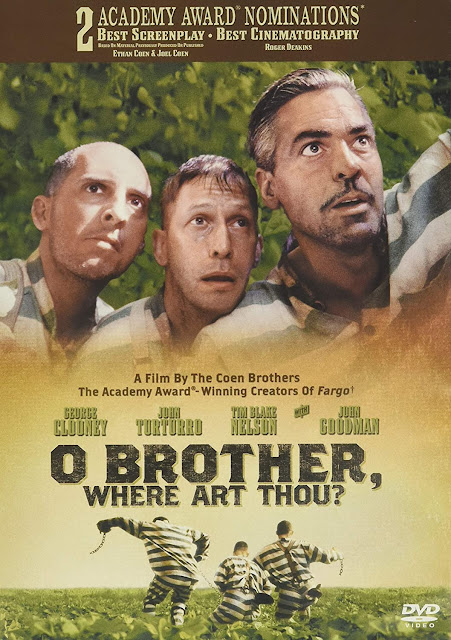 I'm off to drink rum and watch TV. I'm undecided between Danish noir or a repeat watch of O Brother, Where Art Thou? the Coen Brothers retelling of The Odyssey and utterly brilliant.
Cheers & see you soon!
Posted by Vix at Friday, October 22, 2021

Email ThisBlogThis!Share to TwitterShare to FacebookShare to Pinterest
Labels: Block Print, Charity Shopping, ebay, Festival, It's All About Me, Jon, Stuff I've Sewn