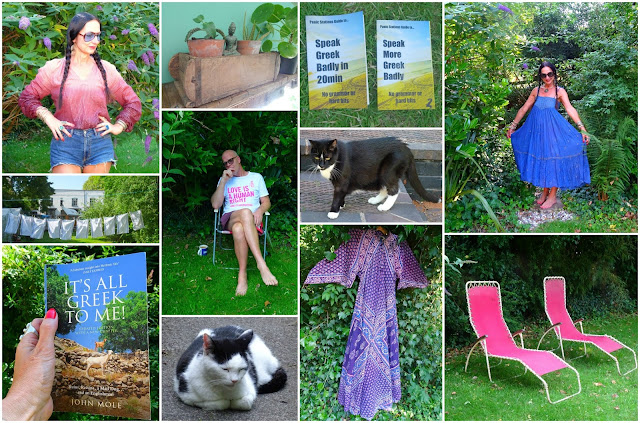 It was already nudging 20°C when I got up shortly before 6am on Wednesday morning (day 96). The lads & I had a stroll around the garden and discovered that Jacob was already up and waiting for breakfast so I threw him a few Welsh poppies and some of the fox-and-cubs (Pilosella aurantiaca) growing in the lawn. After my daily Wii Fit session, Jon joined me in the kitchen for our fruit & yoghurt breakfast. 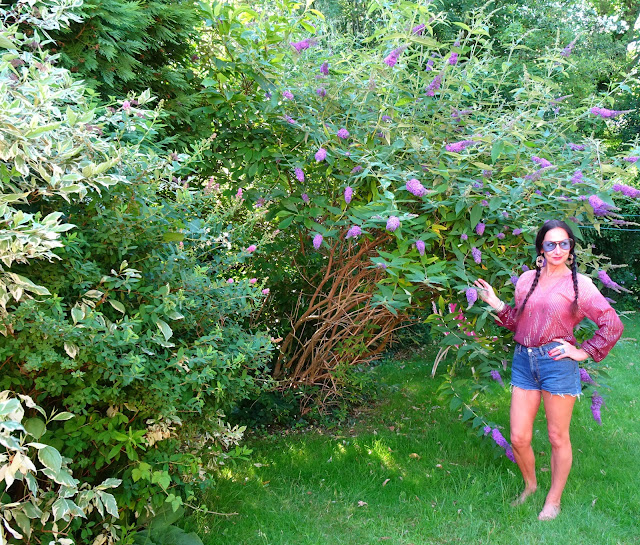 Jon had been struggling with his back since Monday but decided to ignore it and to crack on with fitting some of the new kitchen lighting so, as we'd received a message to let us know a delivery was on the way, I pulled on some clothes rather than greet the driver in my bikini. 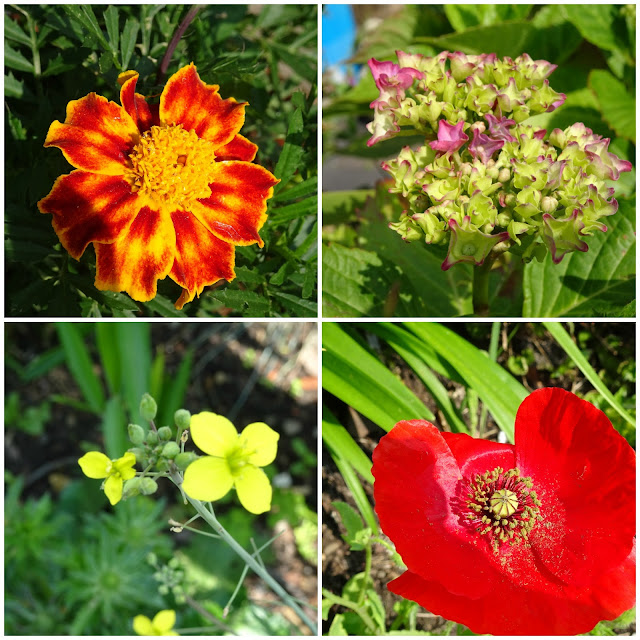 Whilst I waited I watered the garden marvelling at how one of our hydrangeas was blue and the other pink, they were the same colour last year. The poppy had appeared out of nowhere, Mark's marigolds were in full bloom and the curry plant had flowered. 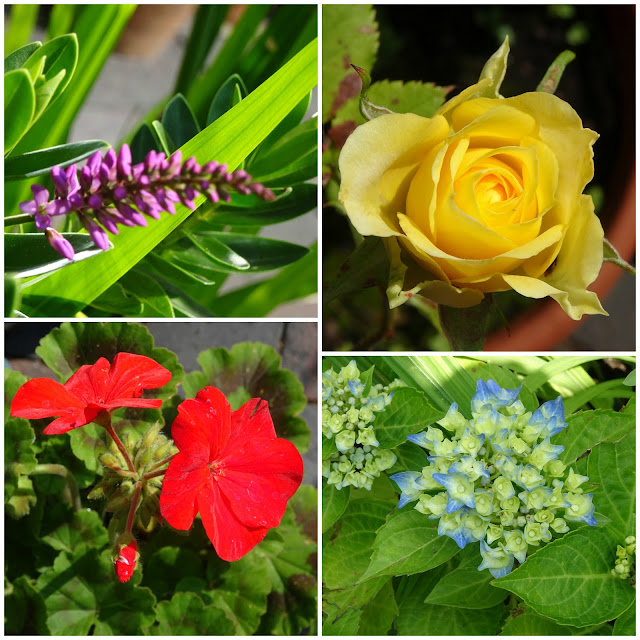 The geraniums had started to flower as had the hebe and the miniature rose that Shirley from across the road bought us a couple of years ago for being nice neighbours. 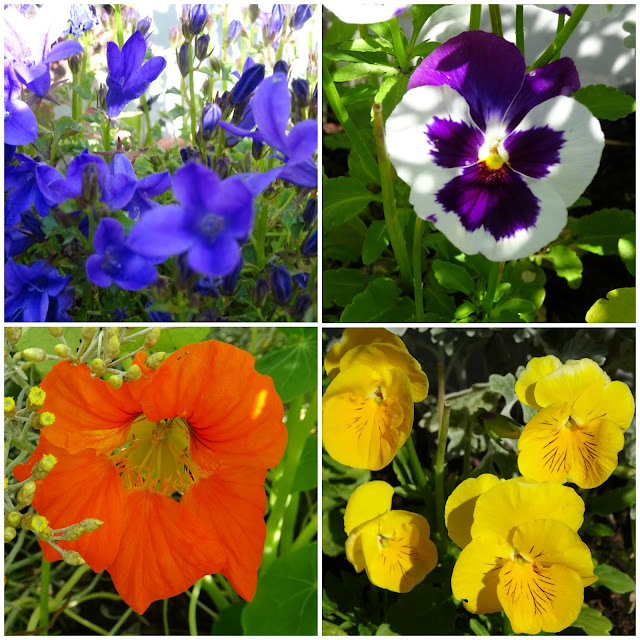 My Empress of India nasturtiums are flowering, the pansies are still going strong and the purple flowering thingy that I rescued from the reduced to clear shelf in B&Q a week before lockdown is going from strength to strength. 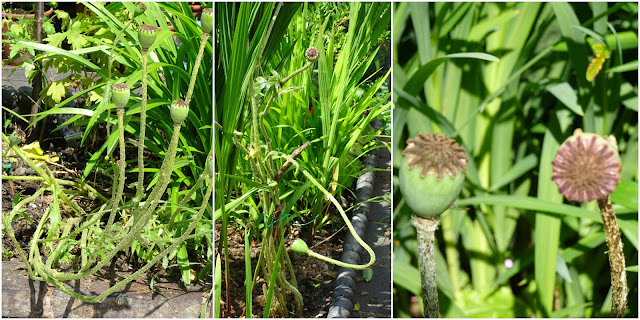 The Oriental poppies have finished and I'm eagerly awaiting the agapanthus and crocosmia to burst forth. I stripped off the leaves from the poppies leaving the seed pods to dry - several of the neighbours told us how much they envied our poppies so we'll give them some seeds when they're ready. 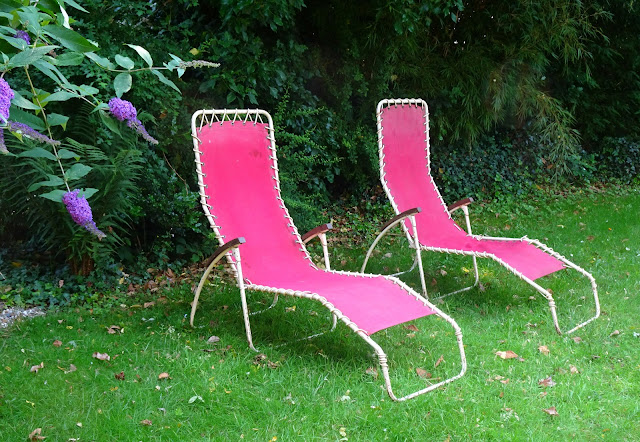 With the hottest day of the year forecast for today and tomorrow (a predicted 33°C), the previous evening, we'd looked out our mid-century Danish sun loungers from the back of the shed in readiness. They are the most absurdly comfortable things ever. Sadly I can't find anything out about Haaaning and Co., so I imagine they no longer exist. They came from a car boot sale and cost the princely sum of £8 for the pair. 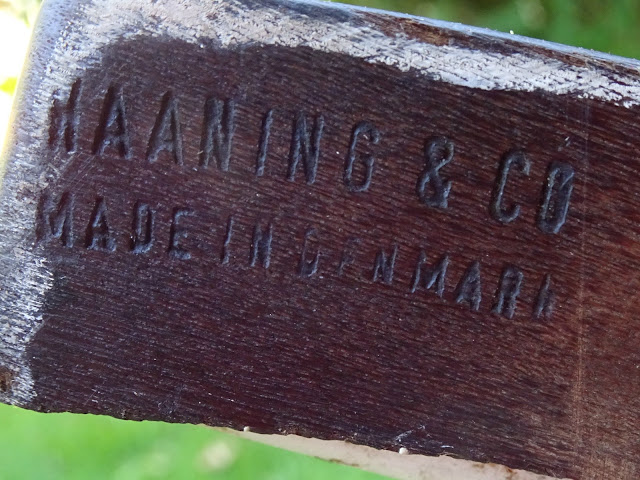 My delivery arrived - the industrial salvage I'd managed to track down on eBay after falling in love with it on a hip (but rather expensive) vintage interiors website. They're Indian brick moulds if you're wondering. 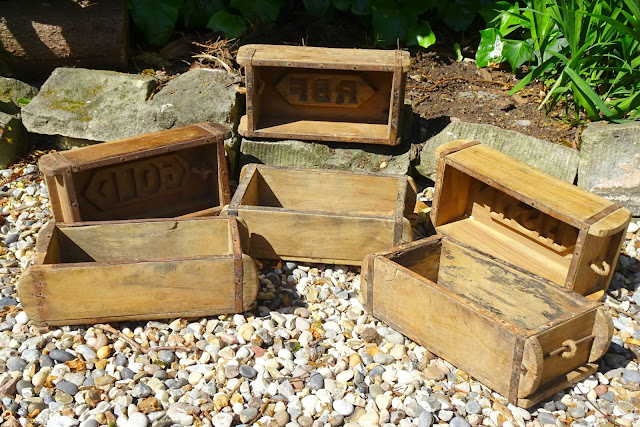 They're perfect as planters, mini shelves or just for storage and obviously, I had to play with them immediately! 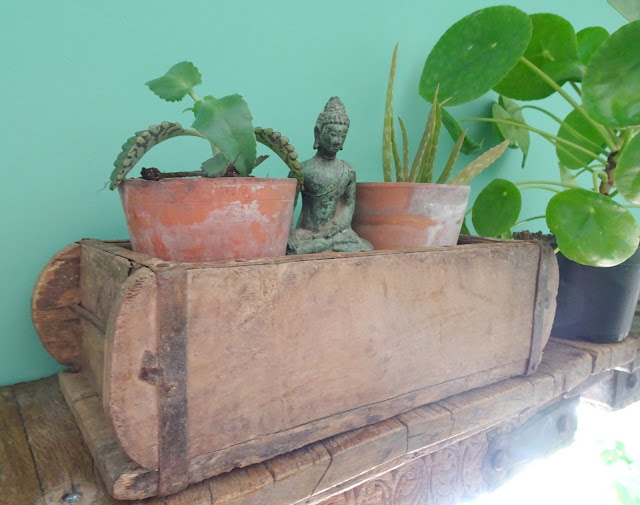 After noodles, Jon decided he'd done all he wanted to in the kitchen and we spent the rest of the afternoon basking in the sunshine with the lads. 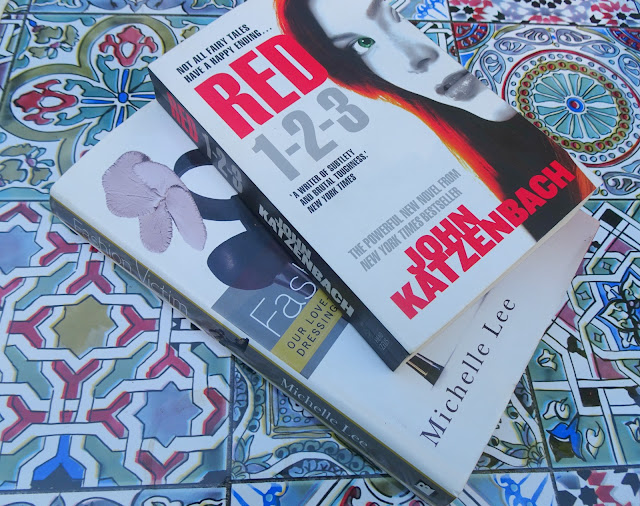 I finished both my books whilst Jon attempted to teach himself conversational Greek. 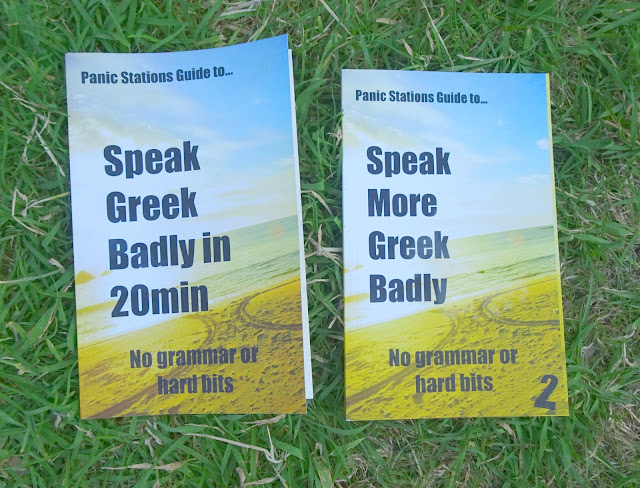 Tea was the last of the vegetarian spring rolls Jon had bought from Farmfoods weeks ago, some salad (including homegrown rocket and summer savoury)  and sweet potato fries. After a beer in the garden, we watched episode two of The Art of Persia on the BBC i-Player and the final of The Great British Sewing Bee with a few glasses of rum and a bowl of monkey nuts. I won't spoil the result if you haven't seen TGBSB yet, my favourite contestant didn't win although the winner was more than worthy. 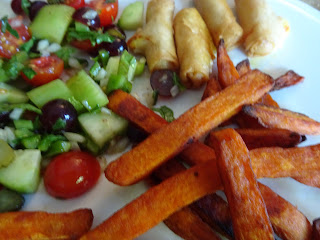 Thursday was again hot and sunny by 6am - it's like being on holiday. After I'd wheeled the bins out & done my Wii Fit session, Jon emerged from the bedroom in a terrible state, barely able to move. We ate our fruit and yoghurt breakfast and he took a few painkillers. 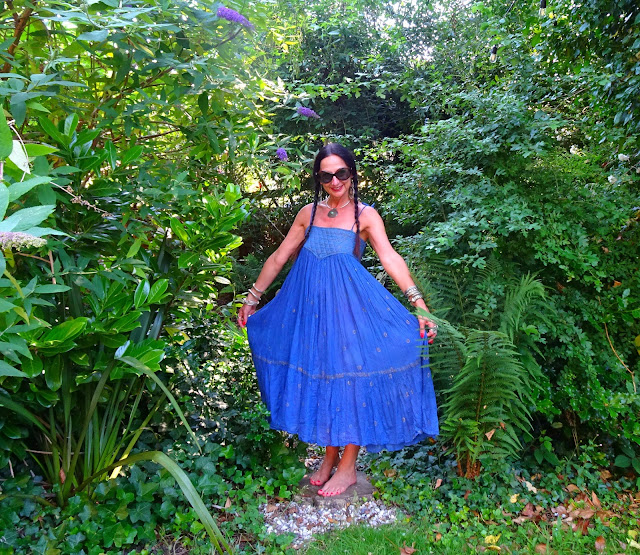 Expecting to drive over to the warehouse with Jon to pick up the tiles we'd ordered at the weekend, I slipped on my repaired Indian cotton dress but realising that we were going nowhere, swapped it for a bikini after posing for a photo using the self-timer on my camera (no photographer today!) 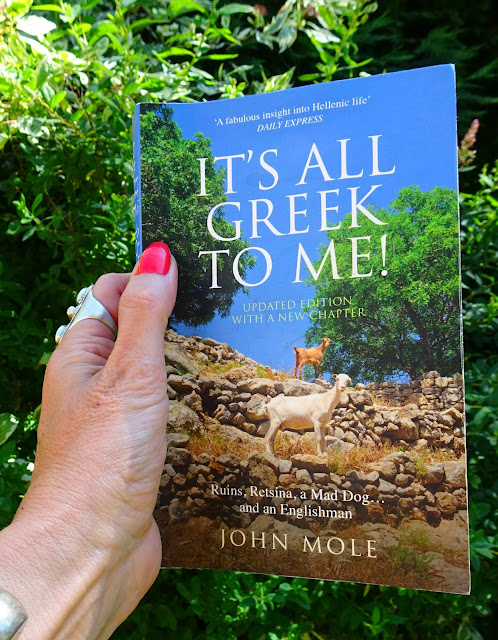 I left Jon on the settee with the lads keeping a watchful eye over him while I watered the garden and then headed to the awaiting sun lounger with my latest read. 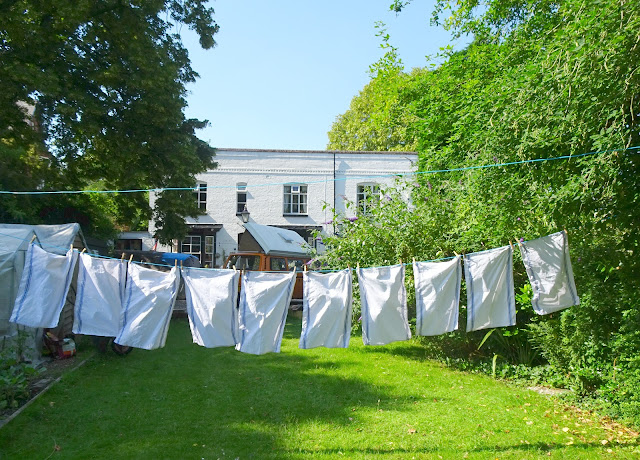 I'd just popped in the house to join Jon for our lunchtime noodles when the postman arrived, bearing parcels. I've never bought a new tea towel in my life, always relying on car boot sales and charity shops to replenish my kitchen drawer but in the last three months, my supply is stained, shabby and holey so, after a search on eBay, found a company selling ten cotton glass cloths for £8.99 (including postage). They take me right back to my catering days! I gave them a wash and pegged them out on the line. 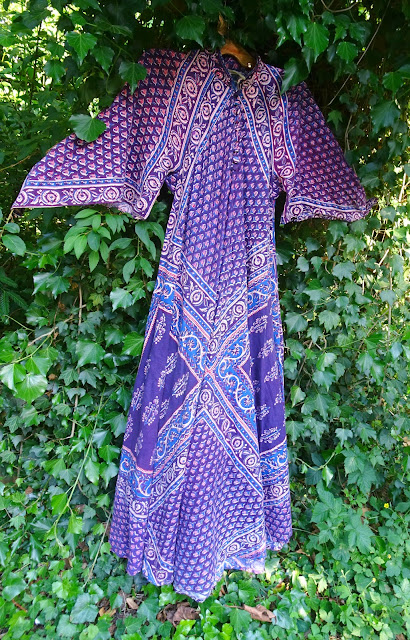 There was another parcel, this one containing a fabulous vintage block print kaftan I'd bought from our friends Daron & Jo at Old's Cool Traders. 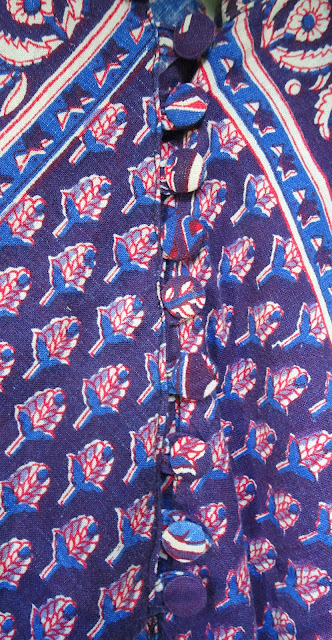 Jo had mentioned that there were a couple of buttons missing. It wasn't a problem. Unbeknown to me the kaftan had deep pockets so I cut a couple of circles from the seam allowance and made my own covered buttons whilst I sat in the sunshine. When the weather inevitably cools off I'll wear it (although I'm happy to bask in my bikini for a few more days if I can!) 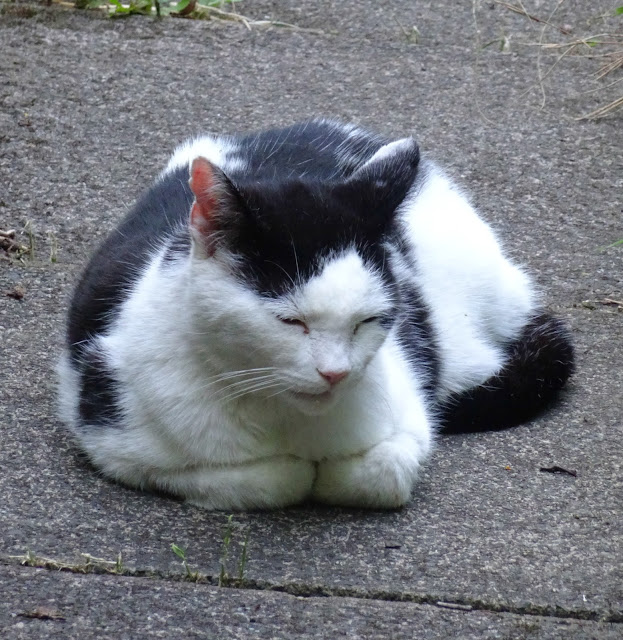 Jon, the lads and I spent the rest of the afternoon in the garden before adjourning to the kitchen table for half a posh Co-op sourdough pizza and sweet potato fries. 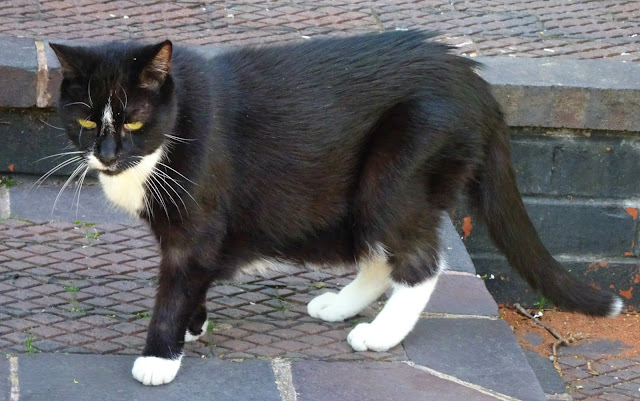 After eating we took mugs of tea outside and enjoyed the glorious heat for a while longer. 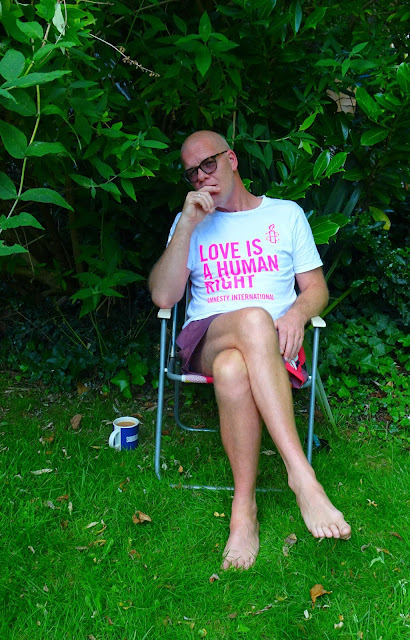 Jon's still on the tablets and walking like a crab, hopefully, his back should start easing soon just as long as he stops wrestling with huge lumps of wood and climbing ladders.