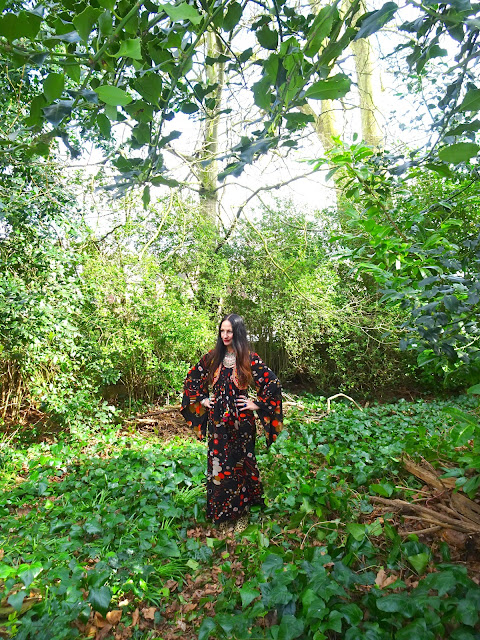 Friday marked the start of our third week of social distancing. It started off in the usual fashion with my Wii Fit session but after breakfast, it went downhill fast. My sewing project went tits up, the ladder wouldn't reach the bit of the wall I wanted to paint, I killed a plant I'd tried desperately to revive and I dropped my lunchtime noodles on the floor! Ah well, at least I managed to get dressed. 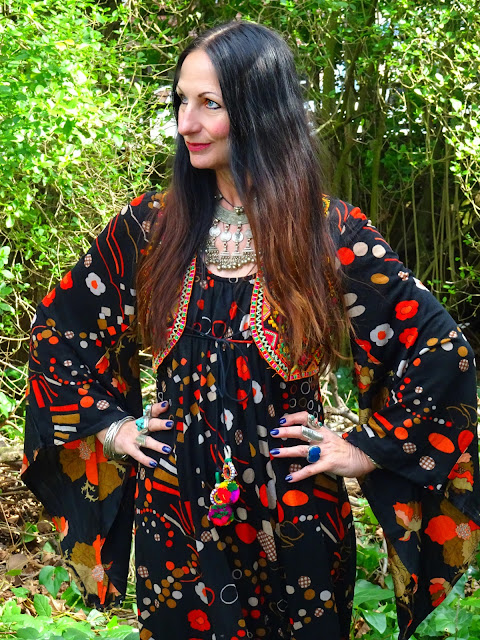 I'm wearing a 1970s dress by Salamander found by Curtise in a charity shop, which I'd Vixified by slashing the sleeve seams and adding a shawl that matched remarkably well, plus a Banjara waistcoat bought from Colaba Causeway in Mumbai back in 2016. 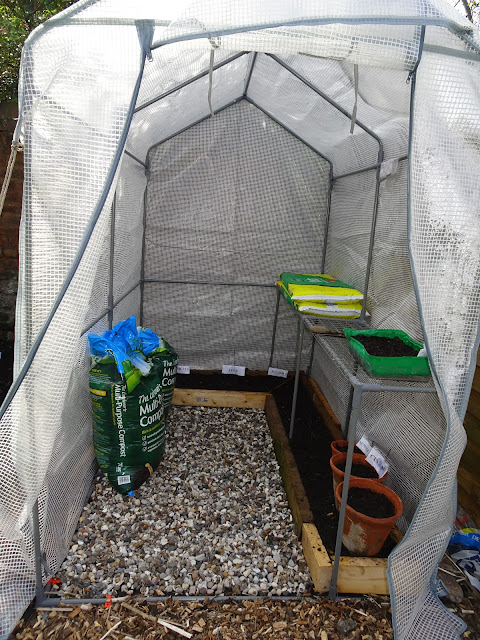 Jon had a far better day, he laid a gravel path in the greenhouse and sowed two varieties of cucumber, lettuce, courgettes, leeks and salad seeds. 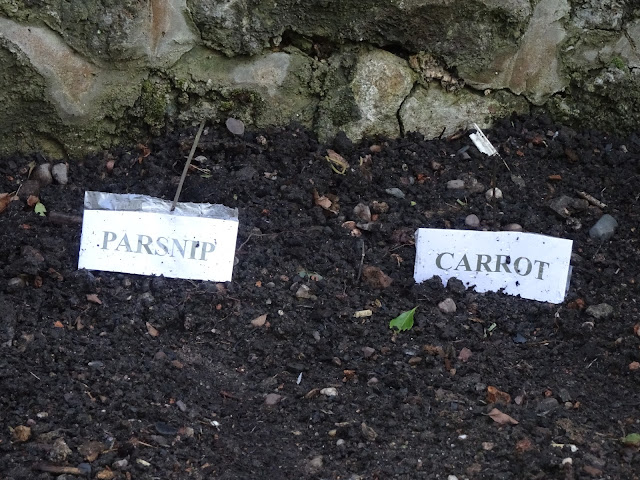 In the bed, he planted parsnips, carrots, beetroot and turnips. 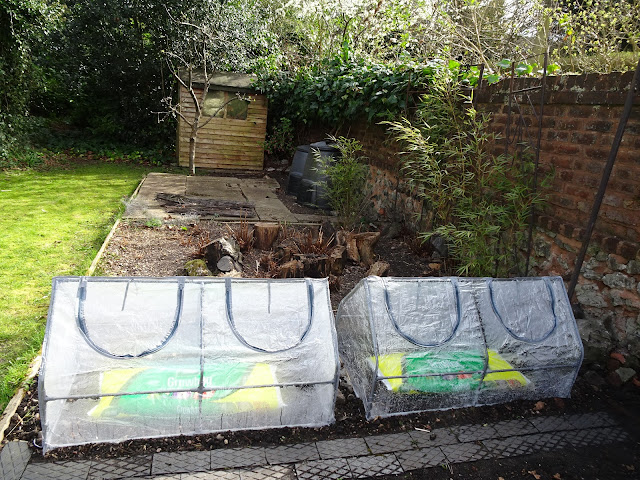 He set up the cloches he'd bought on-line when he'd ordered the greenhouse. 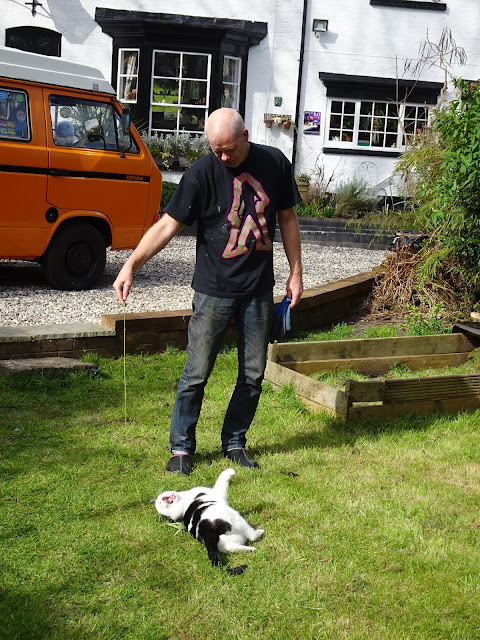 And trained the cat. When Frank adopted us he didn't purr, couldn't climb the stairs and didn't know how to play. Now he's a master of all three. 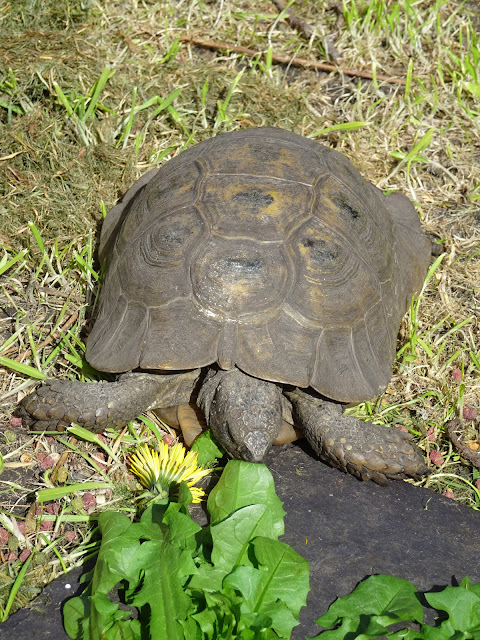 I spent an hour or so pottering around the garden, foraging for dandelions for Jacob's lunch, tidying up my pot plants and sweeping up the mess I'd created, then sat outside reading. It wasn't particularly warm but it felt good to feel the sun on my back. 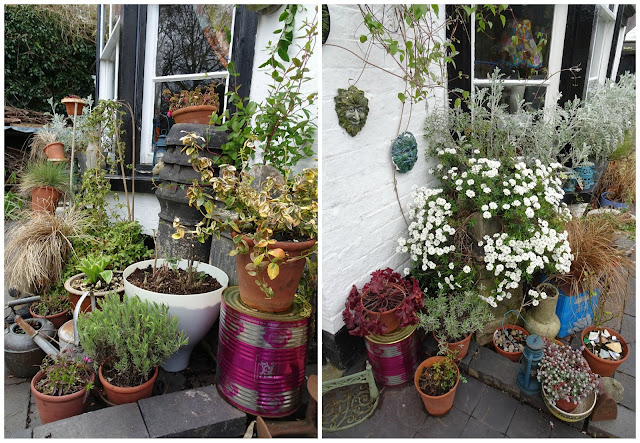 I rescued this pair of Victorian serpent head cast iron bench ends from an outbuilding when I sold the parental home, thinking they'd serve as a trellis for climbers. Two years later and I've finally got round to using them! 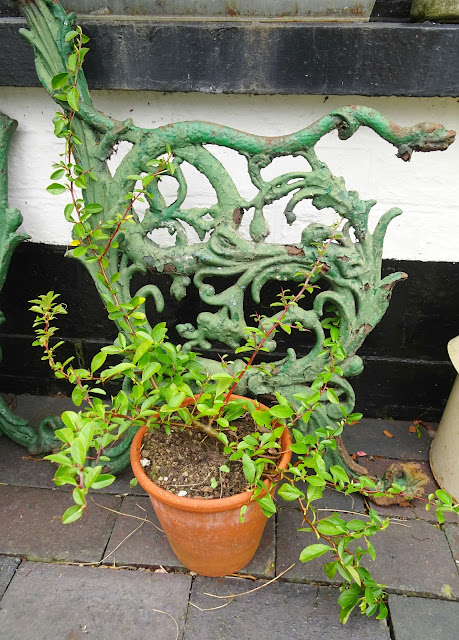 We had baked beans & cheese with jacket potatoes for tea and spent the evening drinking rum & watched The Nile Hilton Incident, on catch-up.

Saturday (Day 16) started with Jon bringing me tea in bed, we read until 8.30am and had egg & veggie sausage sandwiches for breakfast, eaten whilst watching a Place in Sun from Crete, wondering if our planned visit in September would ever happen. 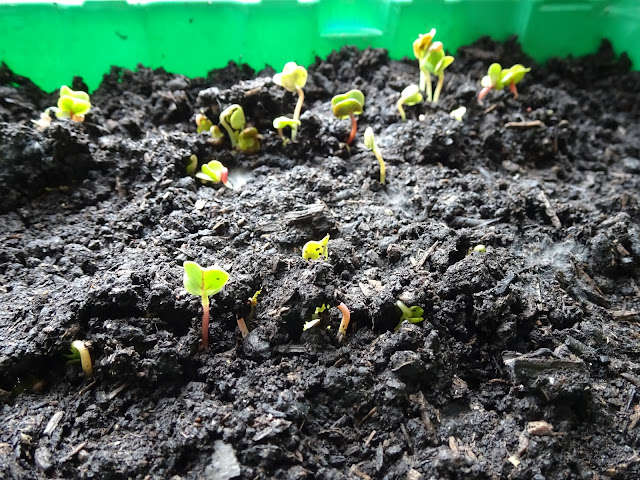 Much excitement! The radishes on the kitchen windowsill have started to sprout. 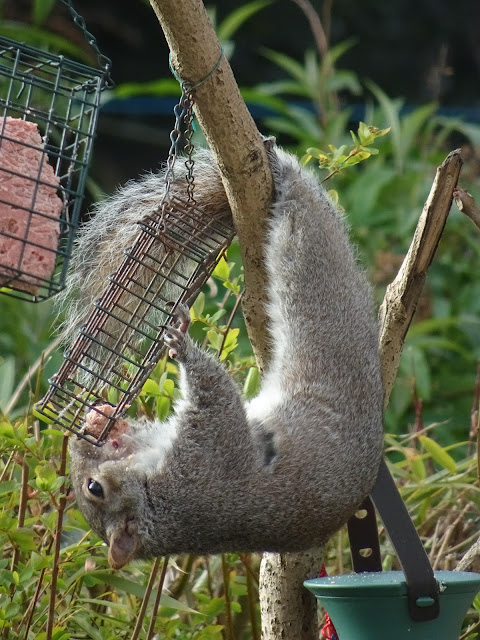 The squirrel had us in hysterics over his acrobatics, attempting to get food from our squirrel-proof bird feeders. 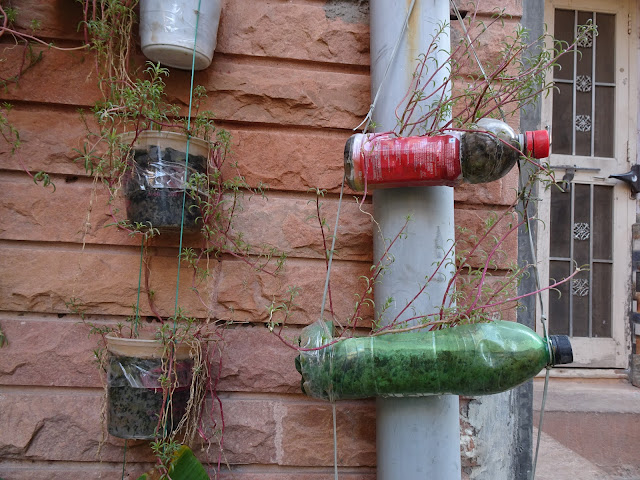 In Jodhpur, we loved a householder's ingenious repurposing of plastic waste, so much so that I took a photo (when do I ever not take a photo?) 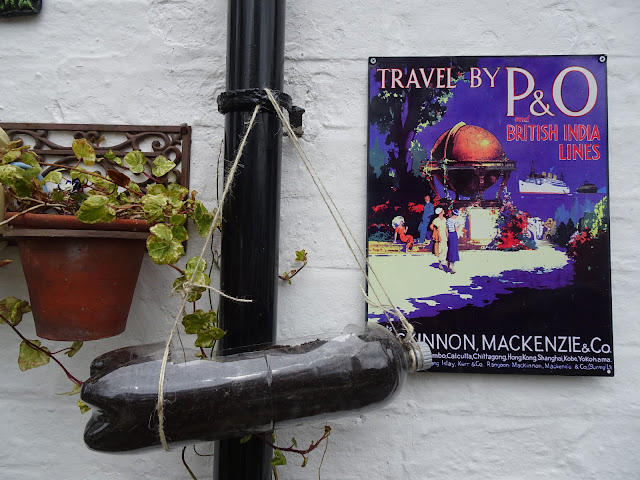 Jon used the empty cola bottle from last nights' rum to bring a bit of Jodhpur to Walsall, planting it with wild rocket seeds. 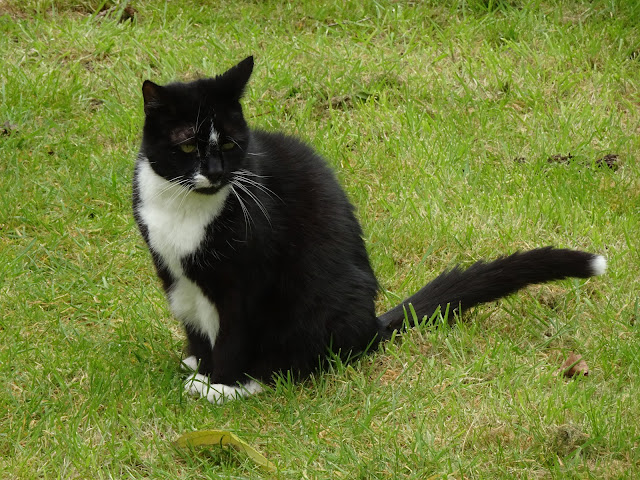 
The postman delivered another job lot of seeds Jon had snaffled off eBay. 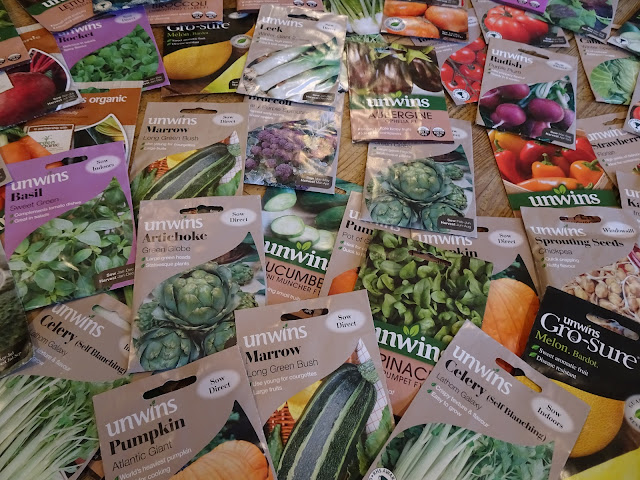 I sowed the sprouting chickpeas, the instructions suggested kitchen roll (something we don't use) and not wanting waste precious loo roll opted for one of my muslin washcloths instead. 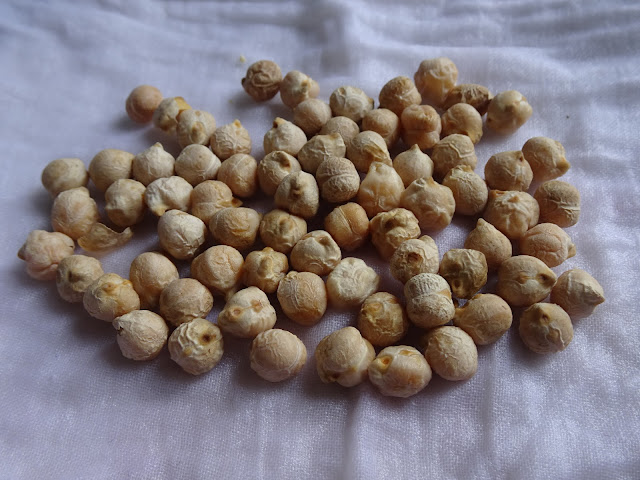 Jon set to work in the greenhouse, 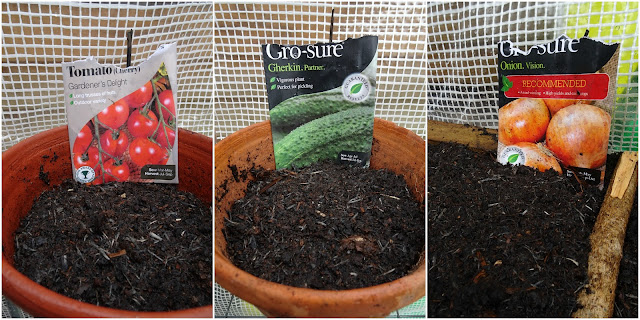 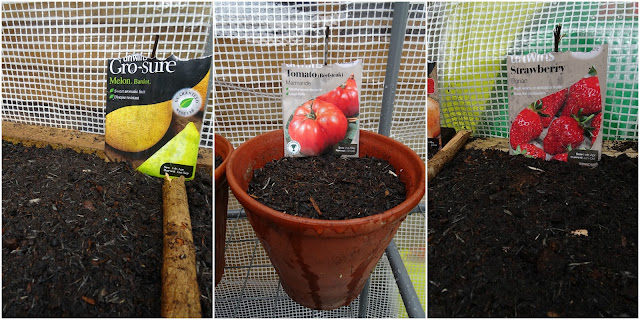 I made another pot of Punjabi sabzi (recipe HERE) using the last of our potatoes & peppers plus some frozen okra. After our sausage sandwich breakfasts, we shan't eat again till teatime. We've got salad for later so this will be tomorrow night's tea. 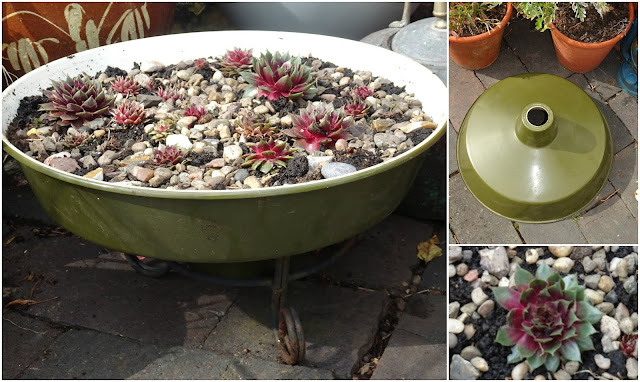 While Jon's been up a ladder moving the rope lights in the garden I've repurposed another lampshade, to make a home for a few of the sempervivums (aka houseleeks) which go berserk in our garden. 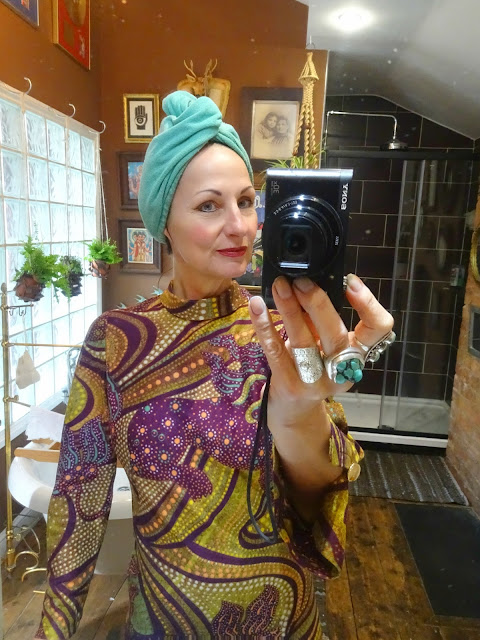 It's self-care Saturday for the rest of the afternoon, I've taken off my nail paint and slathered on the deep conditioning hair treatment while I catch up with my blog reading.


We'll be watching the BBC's latest Scandi Noir series at 9pm tonight and, no doubt, a few glasses of rum will be consumed.