Yesterday, Jon woke up to Frank standing on his chest, nose pressed to his, so he took it as a cue to get up, let him & Stephen out and bring me a mug of tea in bed and we read till 8.15. I put the bathroom plants in the bath for a soak before joining Jon for toast in the kitchen. 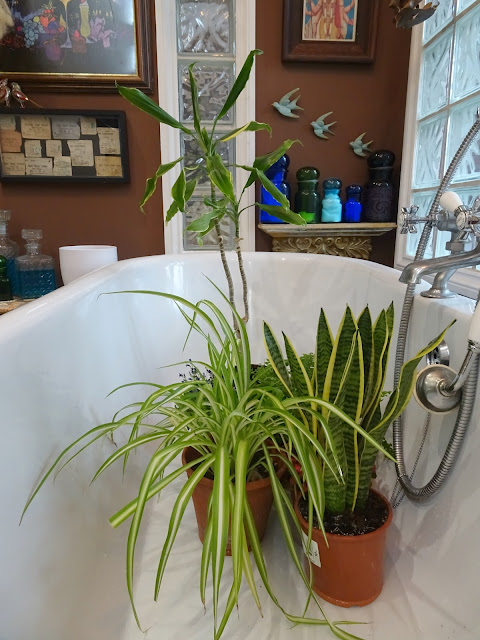 After catching up with blog reading and commenting I got dressed, turned on the radio and sat and mended the dress I'd worn on Friday before removing my nail polish, decimated by yesterday's session in the garden. 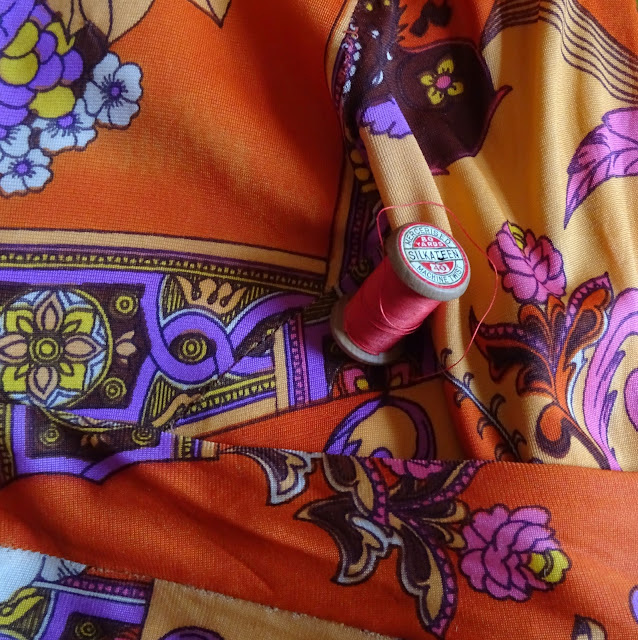 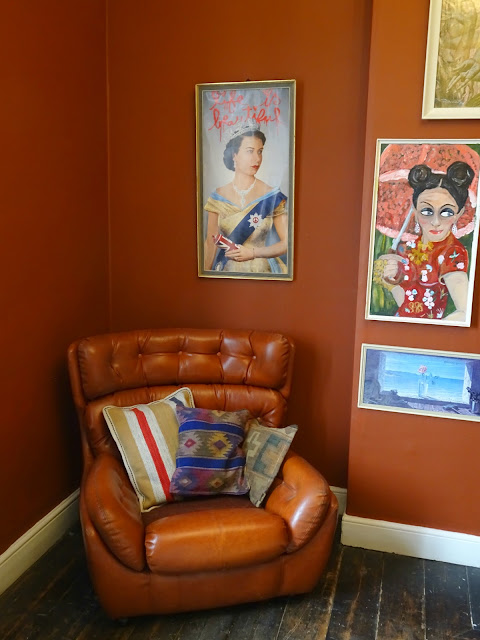 The postman arrived with a surprise parcel. Thanks to my lovely friend Tina for sharing some of her stash of seeds! 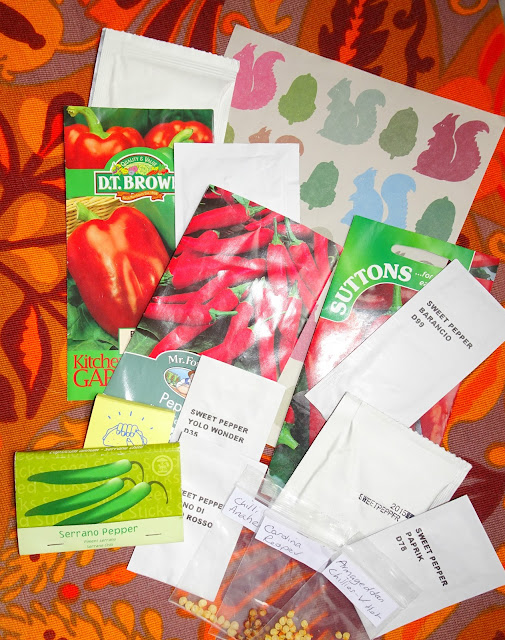 After lunch, we wrapped up well and ventured into the garden. 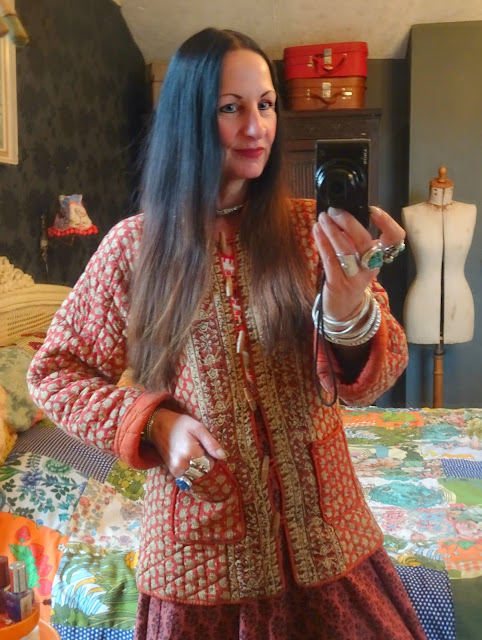 I continued collecting twigs brought down by last night's high winds while Jon got to work running them through the shredder to make mulch. There was much excitement when the delivery driver turned up with the greenhouse and after Jon had laid some weed suppressant fabric down he set to work building the frame, deciding to leave the cover for a day when the wind had dropped. 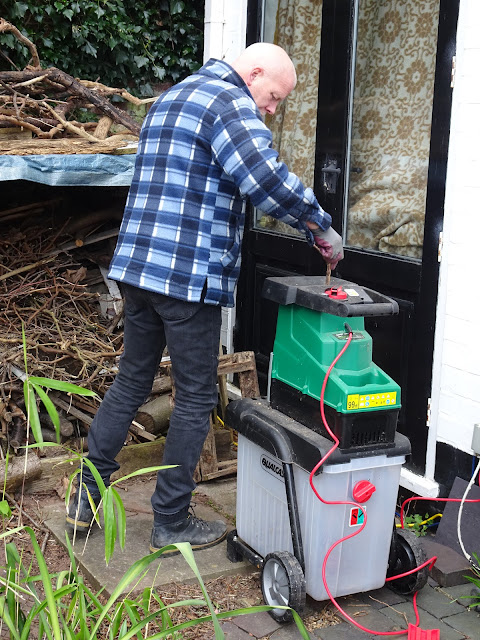 I dusted the bookshelf on the landing and Jon defrosted some curry for tea (frozen before lockdown). 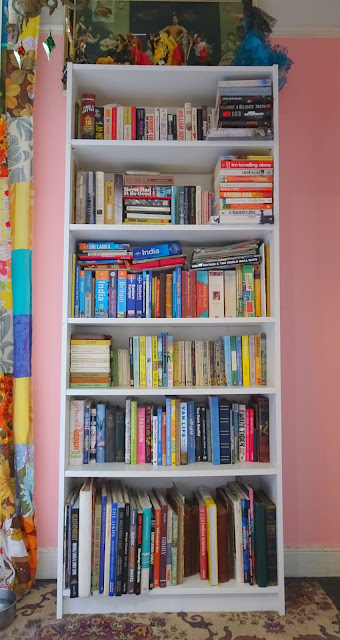 Our evening was spent watching another episode of Simon Reeve travelling the Americas and indie film Manchester by the Sea (currently on the BBC i-player) Being a Saturday, rum was consumed.


Sunday morning means self-care. When I got up I combed organic coconut oil through the ends of my hair, epilated my legs, painted my nails, and slathered myself in coconut oil* before joining Jon in the kitchen. 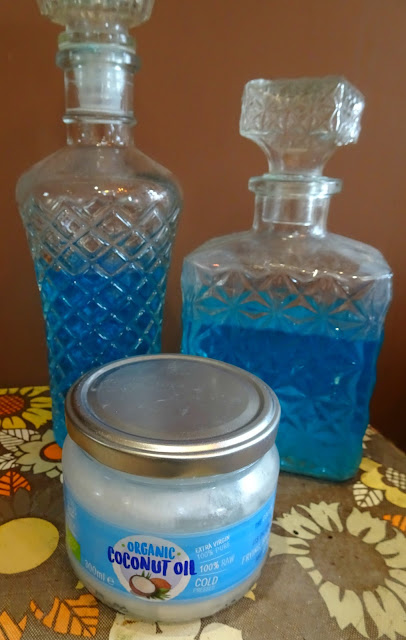 I use THIS coconut oil - it's brilliant as a body moisturiser, an overnight treatment on hand and feet, a deep conditioner for hair and as an emergency eye-makeup remover (but a bit too heavy for daily use). 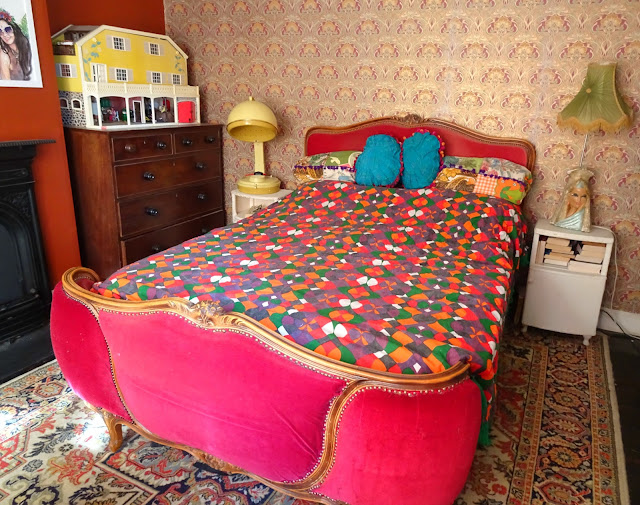 Breakfast was sausage sandwiches (veggie for me, meat for Jon & Frank) while we watched    The Andrew Marr Show. I put the rest of the houseplants in the utility room sink for a thorough soaking, washed my hair and then stripped & changed the bed and loaded the washing machine. Despite the intermittent snow showers I pegged the washing on the line, it was so blustery that it was dry within an hour. 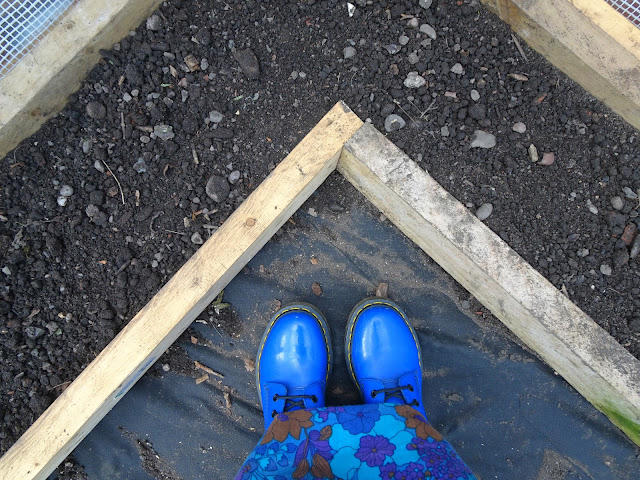 Jon braved the Baltic conditions to finish off the greenhouse and by building a raised bed from his stash of salvaged wood. I thought I'd try and wear in these Doc Martens I found in a chazza shop back in 2018, the previous owner had donated them unworn and boxed, they're still a bit on the stiff & creaky side. 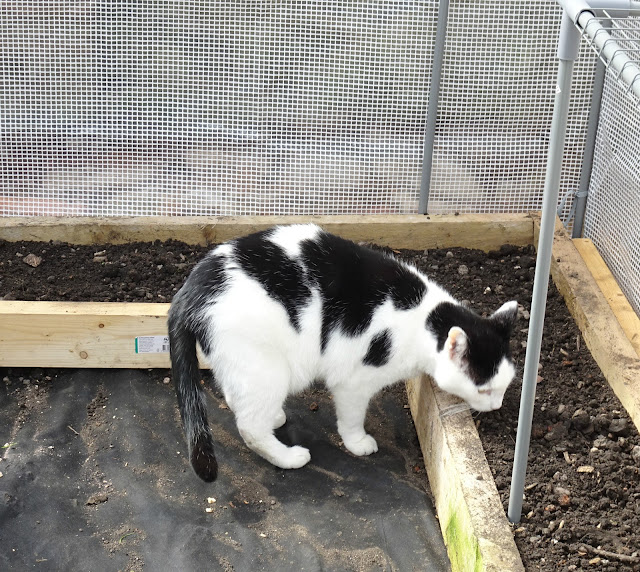 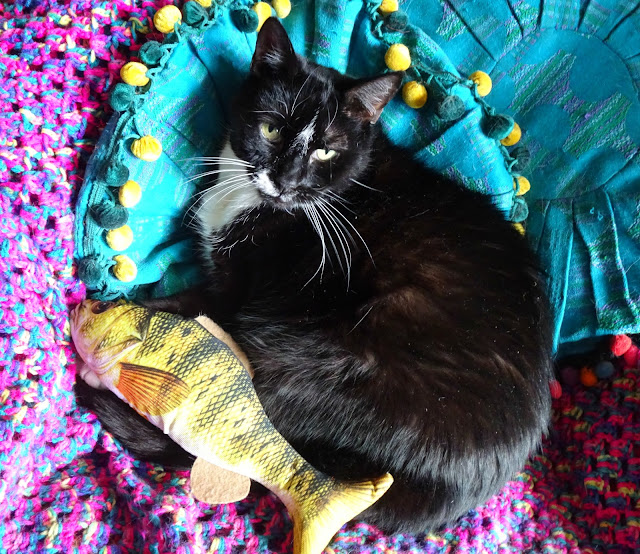 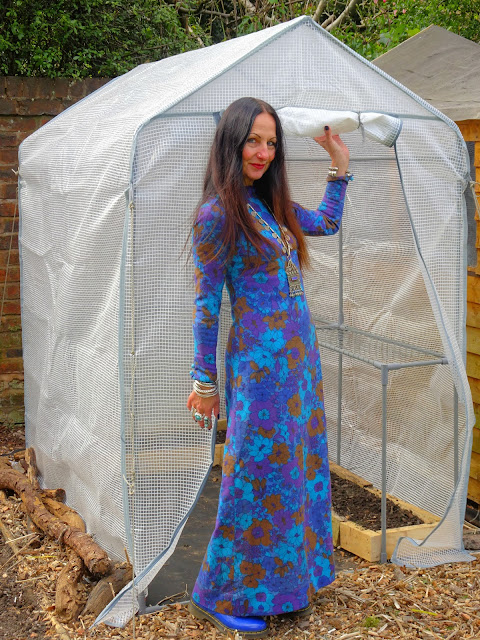 Ta-dah! The new greenhouse -  it's nothing fancy but hopefully, it should do the job. 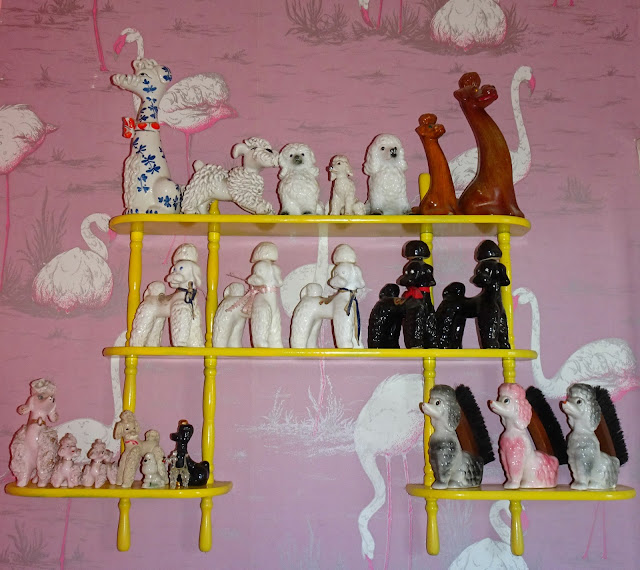 Still full from sausage sandwiches we didn't bother with lunch, opting to eat our tea earlier instead. I dusted the Poodle Parlour, sorted out my craft cupboard and gave my fashion, textile & craft books a wipe down. 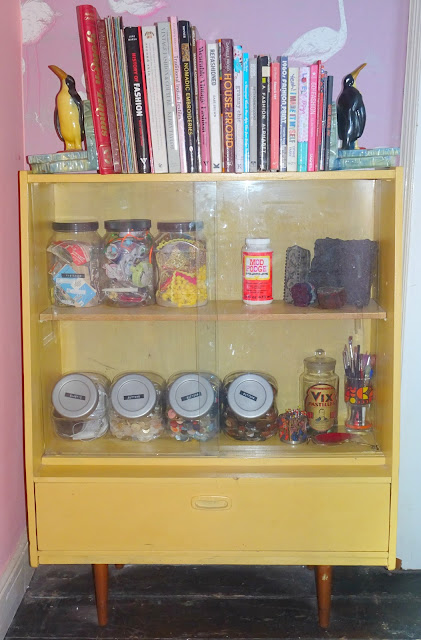 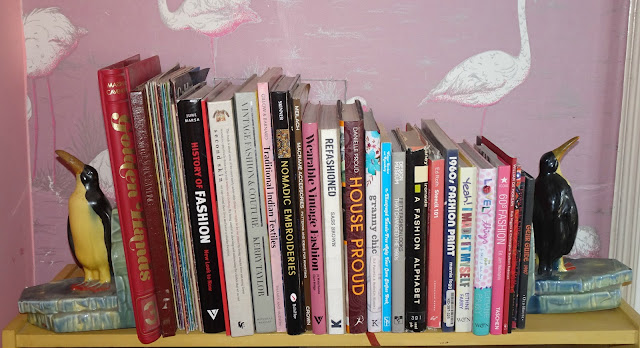 Lurking in the drawer were these family daguerreotypes from my Mum's side of the family. Ace might enjoy these.

It seems to shame to hide them away in a drawer, they're a bit creepy but worthy of being on display. 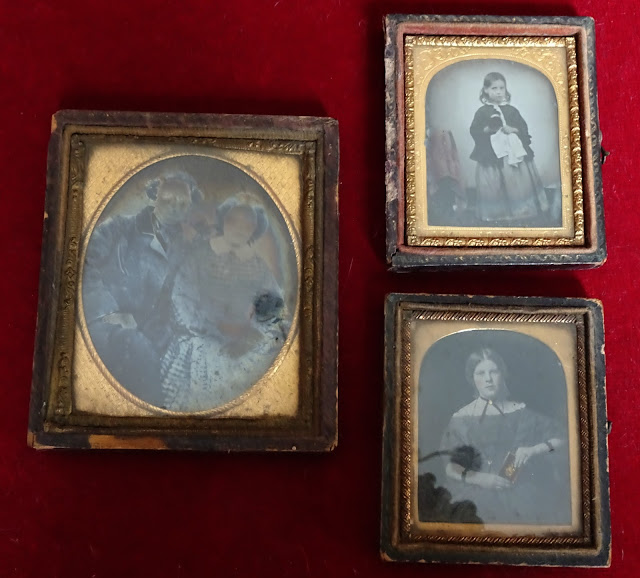 The rest of the afternoon was spent in the lounge finishing Arthur & George. Frank's mid-lick if you're wondering. 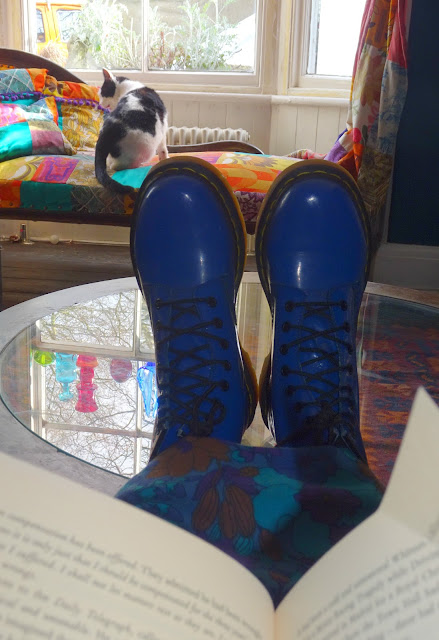 There's cauliflower cheese with jacket potatoes in the oven and I'm off for a shower before we eat it. Tonight's entertainment is Race Across The World and subtitled Scandi thriller, Stockholm Requiem, which we started watching on Friday.

Hope you're all well and staying positive & motivated. Do let me know what you've been up to.

Email ThisBlogThis!Share to TwitterShare to FacebookShare to Pinterest
Labels: Gardening, Jon, Our House