Travels in India, 2020 - The Wedding Crashers

Over masala omelettes and chai on the rooftop the following morning, we asked Vikram what the early morning marching band was all about and were told that it was wedding season. Weddings in Rajasthan are lavish affairs, costing hundreds of thousands of rupees and lasting at least three days. The band who'd awoken us at 8am was heralding the start of festivities in a nearby house. 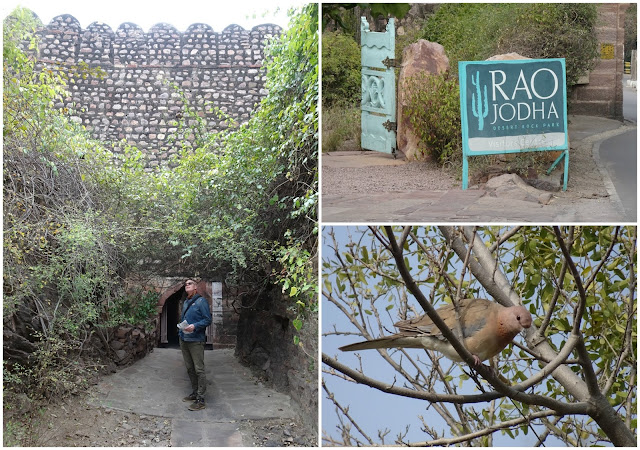 We took advantage of our accidental early start and, despite the bracing 9°C temperatures, decided to set out on a walk. Gorgeous Rao Jodha is a 72-hectare desert rock park situated in the shadow of Mehrangarh Fort, lovingly restored and planted with native species to show the natural diversity of the region. The park is criss-crossed with nature trails taking you up to the city walls and around Devkund Lake with loads of bird and butterfly spotting opportunities. So peaceful it's hard to imagine that it's slap bang in the centre of the bustling city of Jodhpur (population 1,033,950). 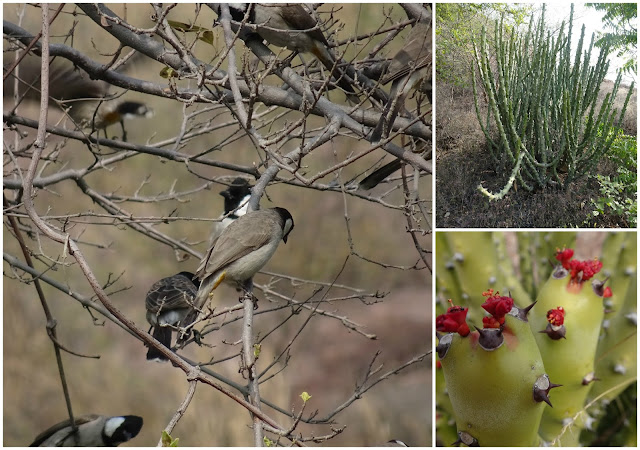 One of the sights I was most excited about visiting in Jodhpur was Tunwarj ka Jhaira, a geometrically perfect stepwell recently rejuvenated after decades of use as the city rubbish dump. The clean lines and clear, fish-filled water had us both mesmerised, we loved it so much we spent at least a couple of hours a day drinking in its beauty. It was also a bit of a suntrap and usually, by midday, we were able to take off our coats and bask in 21°c of delicious sunshine. 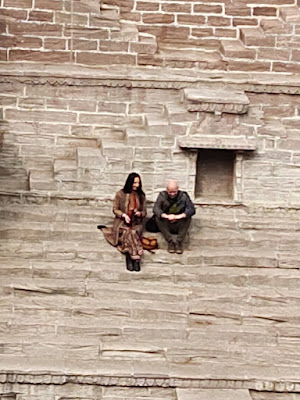 The stepwell was built in the 1740s by a queen, Maharaja Abhay Singh’s wife, continuing an age-old tradition that royal women would build public waterworks. As with all step wells, the steps follow the fluctuating water table down to provide easy all-year-round access. 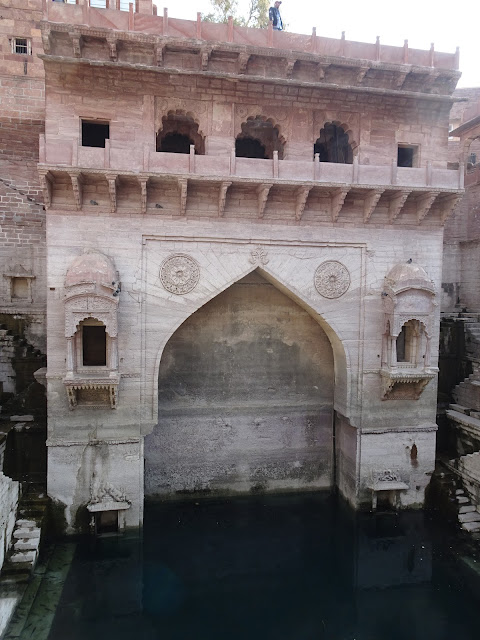 Can you imagine how hard it must have been for the womenfolk of old Jodhpur negotiating these steps daily, filling up their water vessels and carrying them back up the steps with them precariously balanced on their heads? No wonder the ladies in all the antique portraits I've seen have incredibly toned arms. 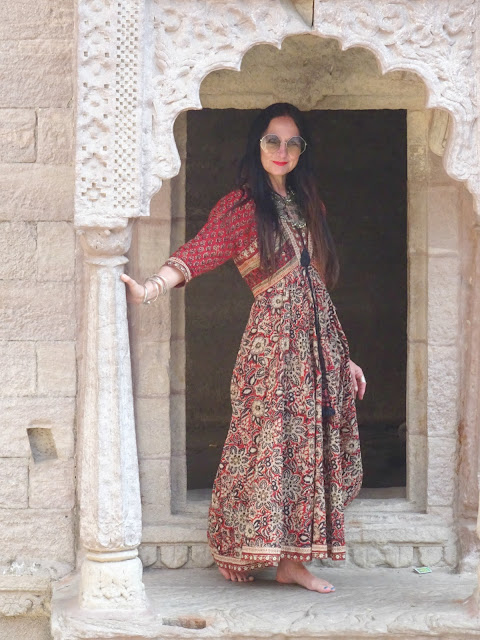 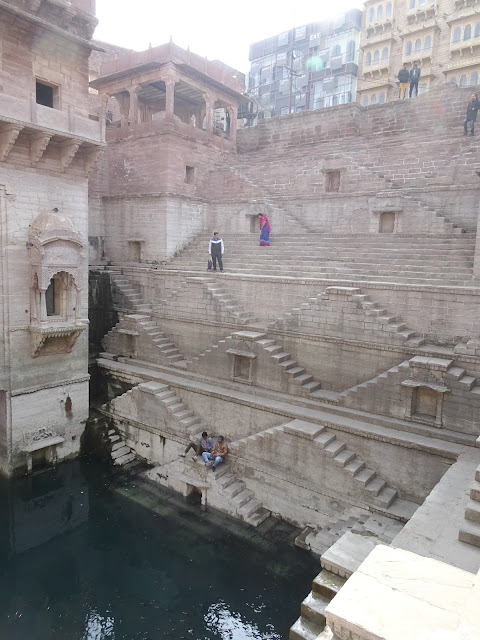 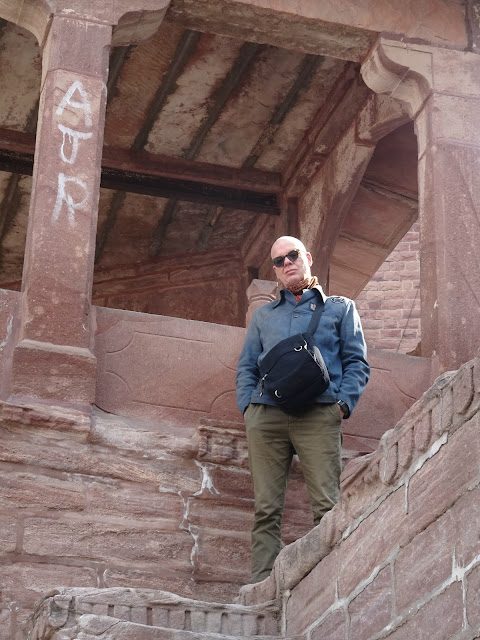 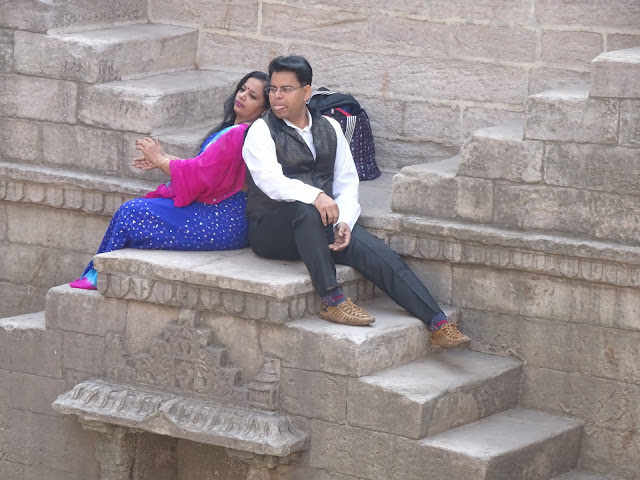 The well’s original system consisted of a Persian wheel driven by a pair of bullocks circling the platform on top, which drew water up to two different access levels and a separate tank. 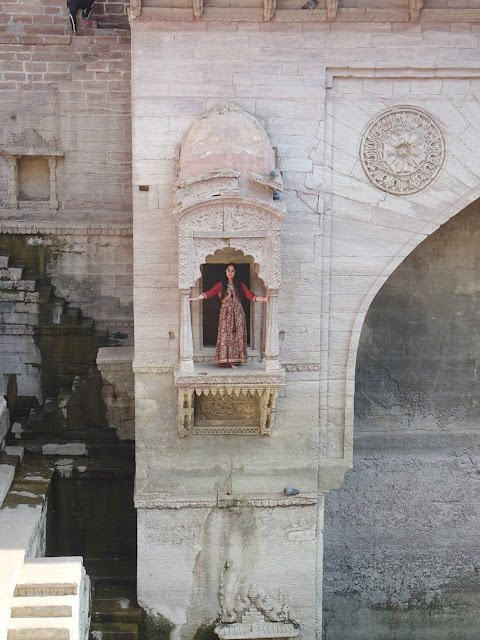 I was determined to pose inside this spectacularly carved niche, which once housed Hindu deities, although it scared the life out of Jon, who hates heights with a passion. He had to cover his eyes as I scaled the lichen-covered steps in my bare feet and leaped across to reach the ledge at the top. The things I do for blogging! 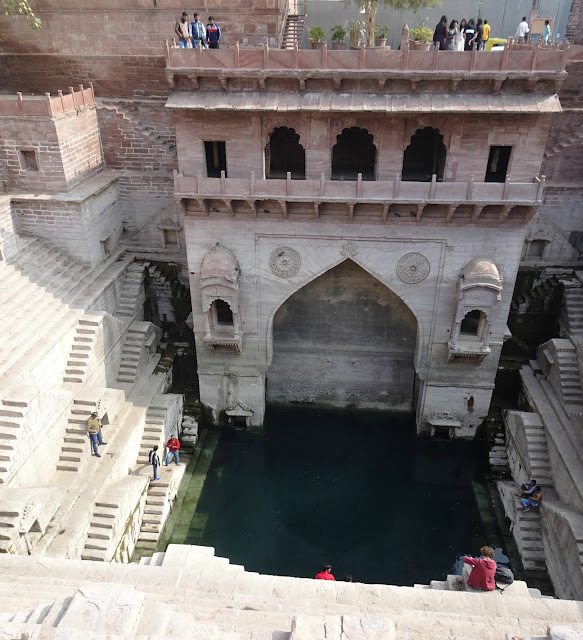 The area around Tunwarj ka Jhaira had also undergone regeneration with some seriously cool boutiques, cafes and hotels surrounding the well. Every day we had lunch in the Stepwell Cafe, a grand 18th-century building offering a delicious Indian fusion menu, with stylish Mid-Century furniture and moody blue grey walls lined with antique photographs of Jodhpur. 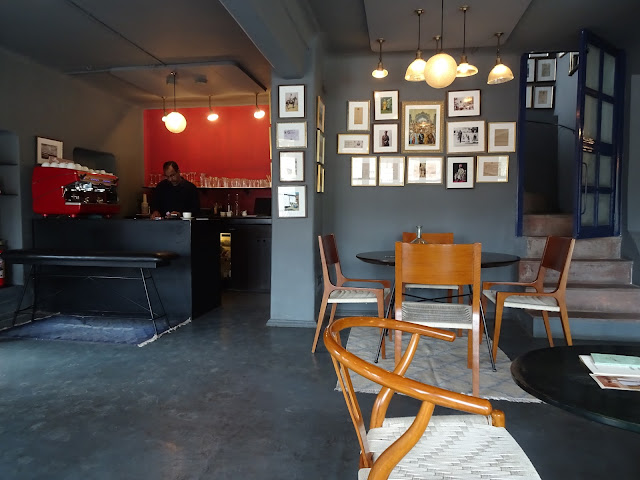 A short walk away is the Victorian-era clock tower, an old city landmark. Mr. Iqbal has been responsible for the maintenance of the clock since 1968.

Surrounded by the vibrant sounds, sights & smells of Sardar Market, Jodhpur's commercial heart is a series of crowded alleys and bazaars selling vegetables, spices, sweets, silver, and handicrafts. I had to giggle when Bablu, assistant manager at the Gouri, described the textiles on offer as being Walmart quality, he wasn't wrong there. 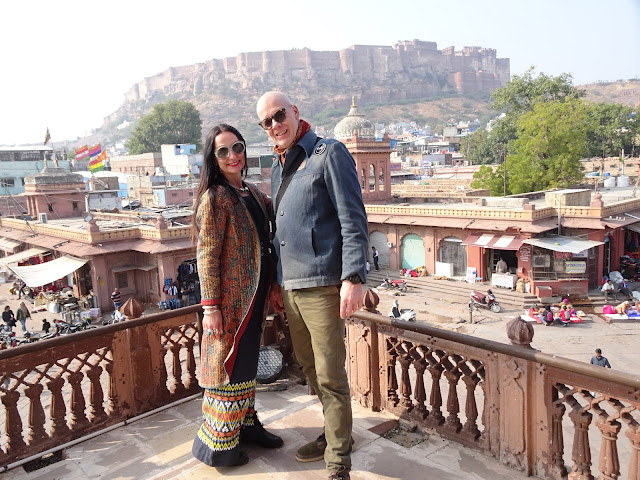 We were surprised at the lack of Western tourists out and about in Jodhpur, I think they must spend all their time closeted in the uber-posh £410 a night hotel which backed on the Gouri Heritage. As a result, the touts were out in force trying to get the only two daft-looking foreigners in town into shops selling stuff we really didn't want. 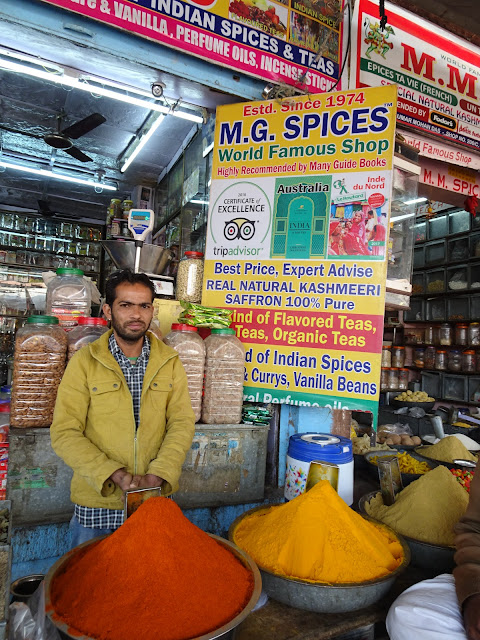 While neither of us needed any spices I was beyond excited to touch the bike which featured in one of my all-time favourite films, The Darjeeling Limited. Shot mostly in Jodhpur in 2007, co-writers Jason Schwartzman, Roman Coppola & Lydia Dean Pilcher popped into MG Spices during filming and were offered the use of the shopkeeper's Honda.

Do you get a better insight into a country when you stay in a five-star establishment or a cheap and cheerful lodging-house? While I'm sure posh hotels are all well and good I bet you wouldn't get the hotel manager suggesting he bunks off work and the three of you go and gatecrash the neighbour's wedding like Vikram did. 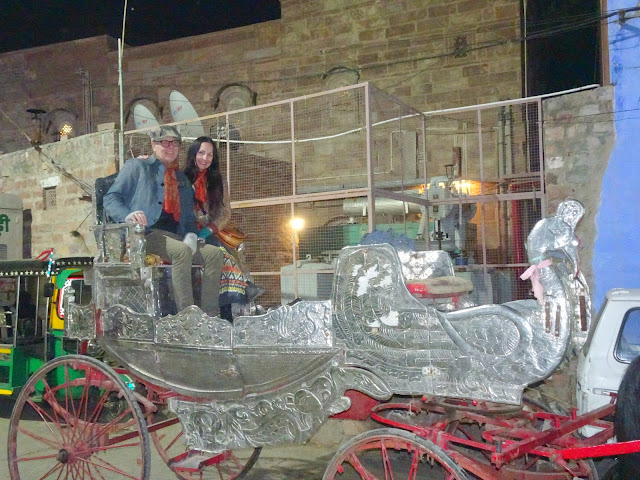 As neither of us can barely string a sentence together in Hindi it was brilliant to have Vikram ask the driver if we could have a ride in the bridal carriage before the bride got there. 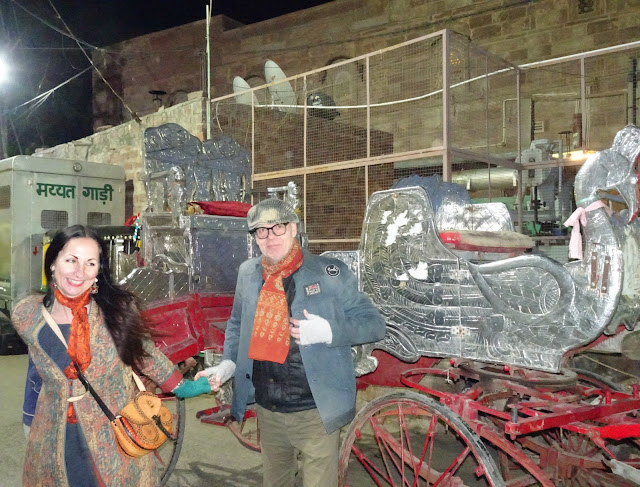 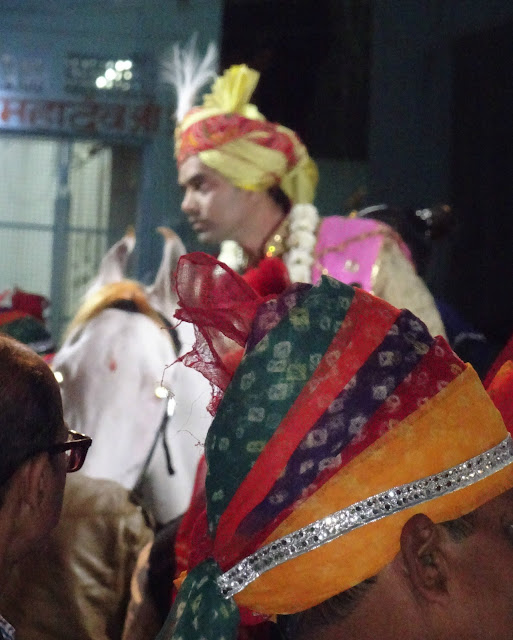 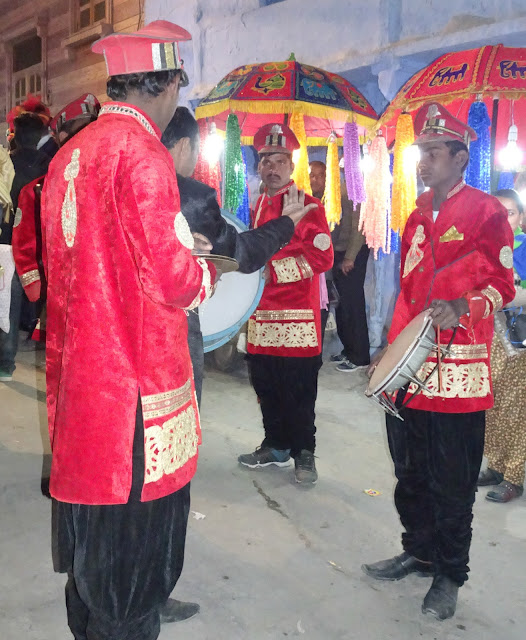 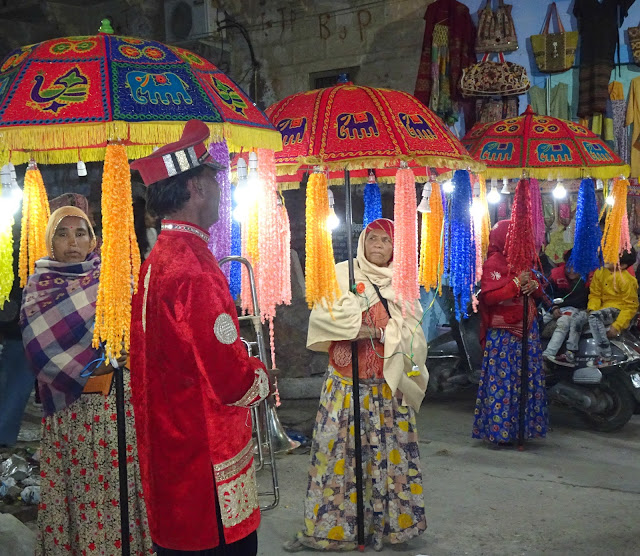 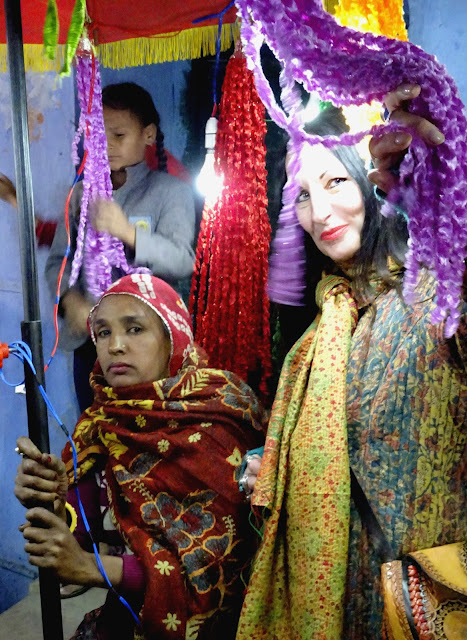 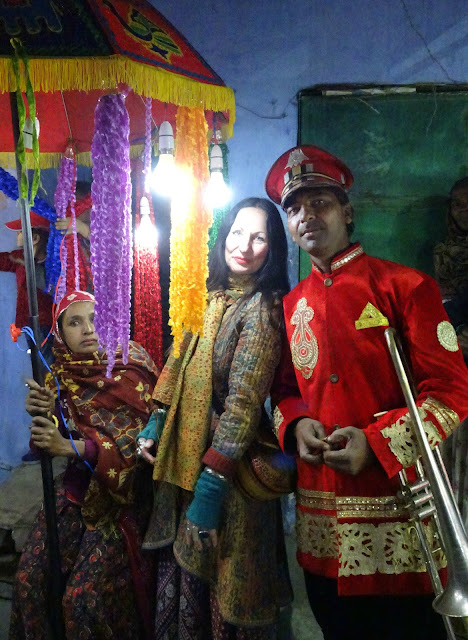 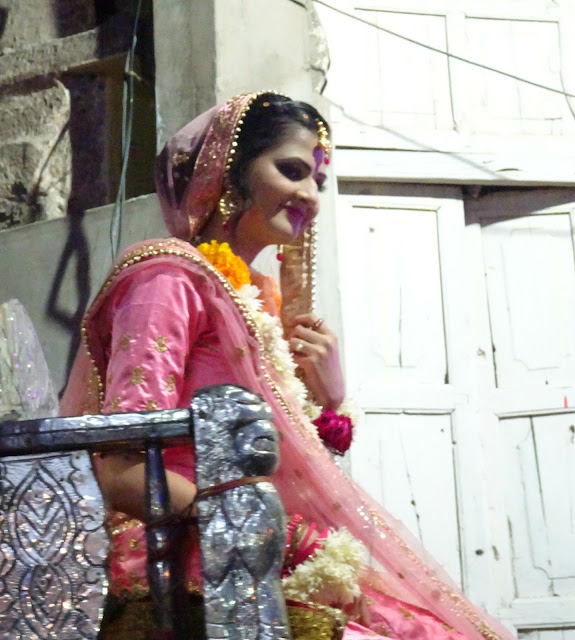 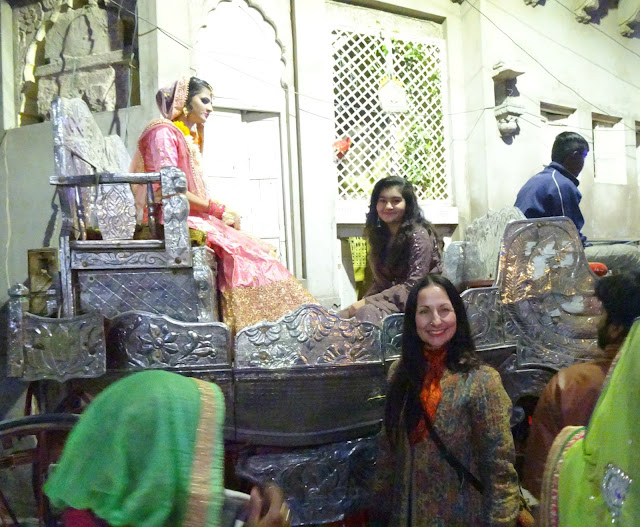 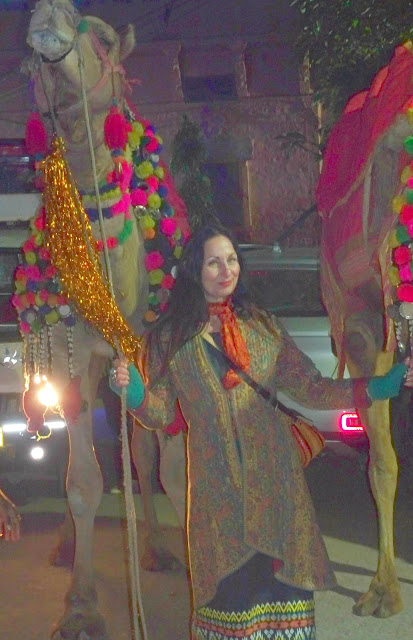 The highlight was being handed over the reins of two pom-poms bedecked camels and leading the wedding procession through the streets of Jodhpur. One of the most memorable nights of my life!