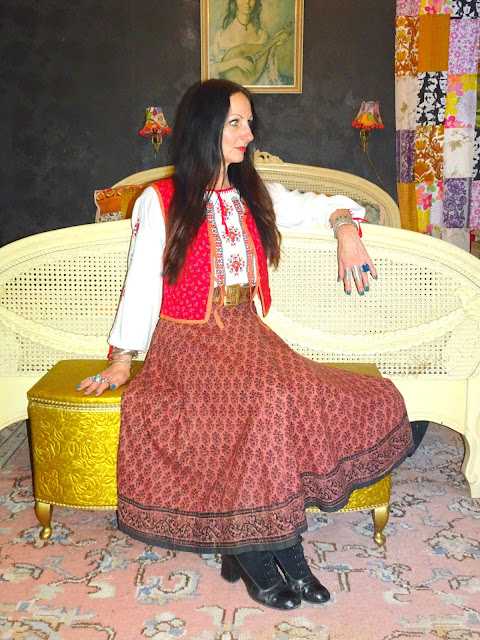 This time of year wears me out. Talk about mithered, I'm already looking forward to a drink later.
Don't be mistaken into thinking I've driven myself daft over Xmas, though, as far as I'm concerned it's just another Bank Holiday and certainly not worth getting my knickers in a twist over. For us mid-December is when we have to apply for our Indian tourist visas and despite having done it for the last twenty years the process never fails to stress me out. It took the best part of four hours to submit our application forms this morning.

On the plus side the Indian Government has slashed the visa prices and five year tourist visa is now cheaper than we used to spend on a six month one. On the minus side my passport only has four pages left so when the times comes to replace it I'm going to have to cart two passports around India with me. I was going to renew it when we got back from Greece but discovered that the Home Office sneaked through an amendment to the law during the Summer and the time remaining on British passports is no longer added to your renewed one, meaning I'd be paying for an eight year passport rather than a ten year one. Gotta love the Tories.

It's been pissing it down since yesterday afternoon so you'll have to excuse the blurry indoor photos. Everything I'm wearing today has been seen before, just in different combinations.

Whilst I'm no fan of Christmas, I'm a huge fan of charity shops at this time of year. While everyone else and his wife seems to out trawling soulless shopping centres and bankrupting themselves buying tat presents, Jon & I have the chazzas to ourselves. Jon's found some ace stuff for himself including an Alexander McQueen skull print shirt which currently sells for £360 for just £1 and a Roderick Charles of Jermyn Street overcoat, priced at £495 on their website, for £2. Seriously, who needs to set foot in some depressing fast fashion emporium?

These are a few of my finds over the last couple of weeks. There is more but by the time I'd ventured to the Kinky shed and back twice I was a tad on the soggy side. (Click on the collages to enlarge.) 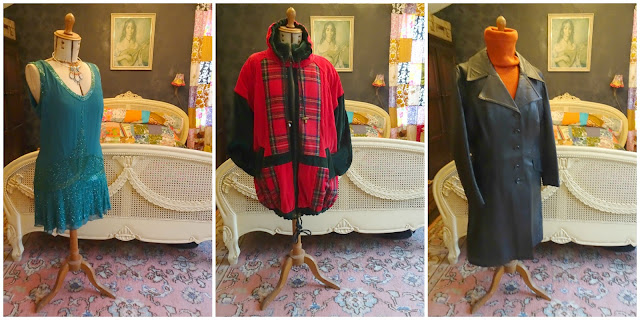 Biba beaded silk flapper dress (don't get too excited, it's from their contemporary label, which I'm not  particularly keen on but the sparkle should appeal to a festival goer), 1980s velvet and tartan oversized parka and a 1970s black midi coat by the Leather & Suede Centre, London. 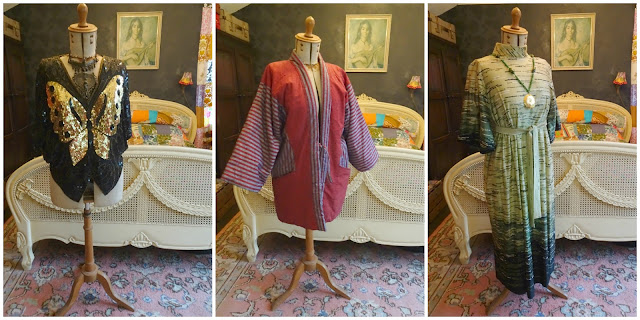 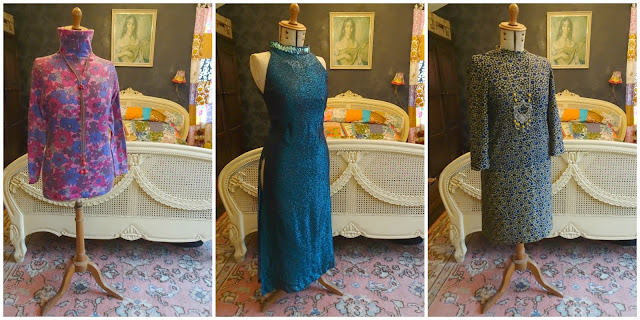 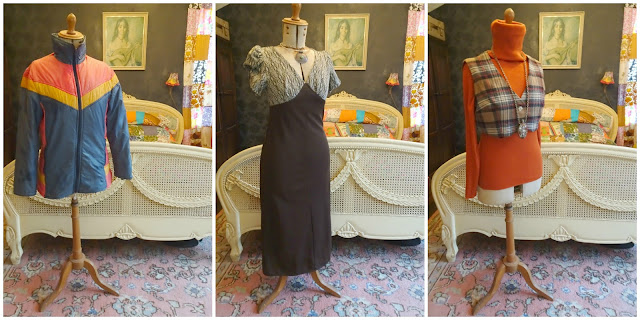 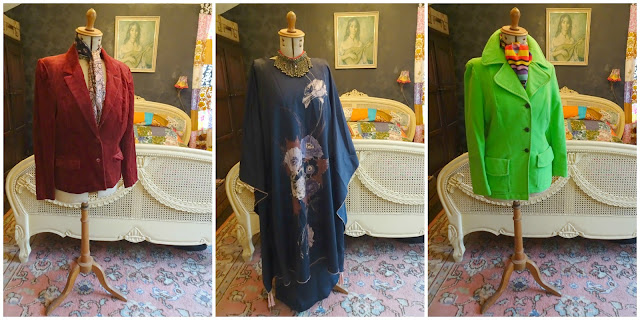 1970s Reldan, London russet cord jacket, 1970s tassel-trimmed kaftan by Eastex and a 1960s plush jacket in the wildest shade of green ever.

Another of my finds was this fringed cape. The charity shop manager told me that I could have it for £3 as it had been in the window for a week and I was the only person to show any interest it in whatsoever (I insisted on giving her more). 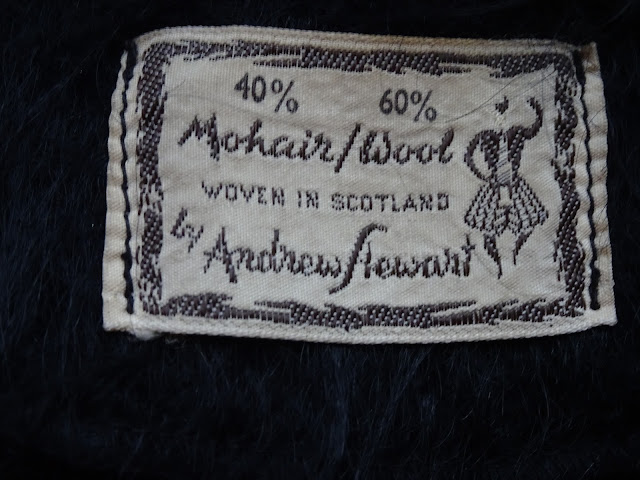 Andrew Stewart was based in the Scottish border town of Galashiels. In Victorian times, at the height of the town's prosperity, Galashiels had twenty textile mills and 44% of the population was employed in wool weaving. Andrew Stewart filed for bankruptcy in 1989 after the then USSR cancelled a very substantial order for scarves.

I've sold a fair number of Andrew Stewart tartan capes over the years but this is the first plain one I've come across. It's deliciously cosy and a keeper. 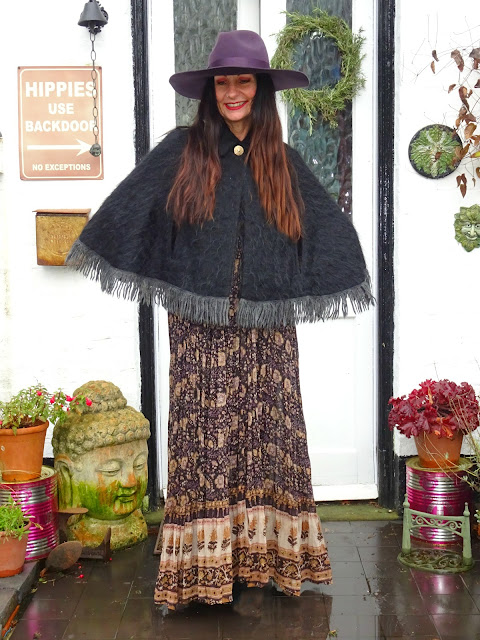 Before you ask if that's a Xmas wreath - it isn't. It's my handmade rosemary wreath, said in Old English folklore to deter thieves and encourage elves at least, I hope I've got that the right way round or we're doomed. Rosemary grows in abundance in our garden, it seems a waste just to use it to season our roast veg.

Talking of which Jon's doing roasted veg for tea, I'd better rush off and have a bath in readiness.