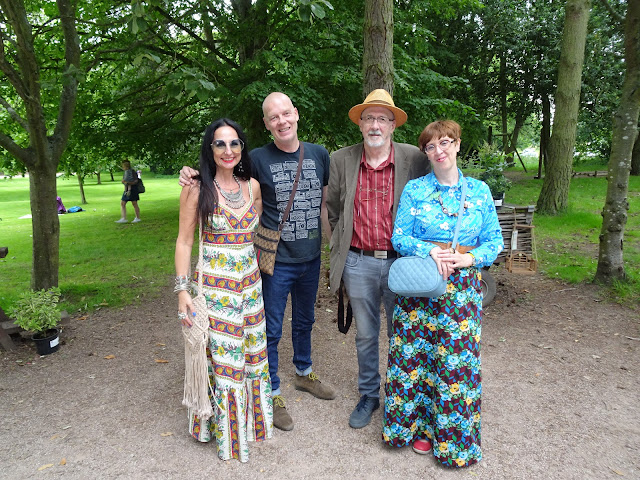 We're off to Glasto first thing in the morning but I just had to squeeze in a quick post before we left. Today - for the second time in a fortnight - we've met up with more fabulous people who blog! This time it was the turn of our dear friends Ann and Jos, who drove over from their home in Belgium yesterday for their annual trip to the UK and, as they're staying in the neighbouring county of Shropshire, we decided to meet halfway in the wonderfully picturesque town of Bridgnorth. 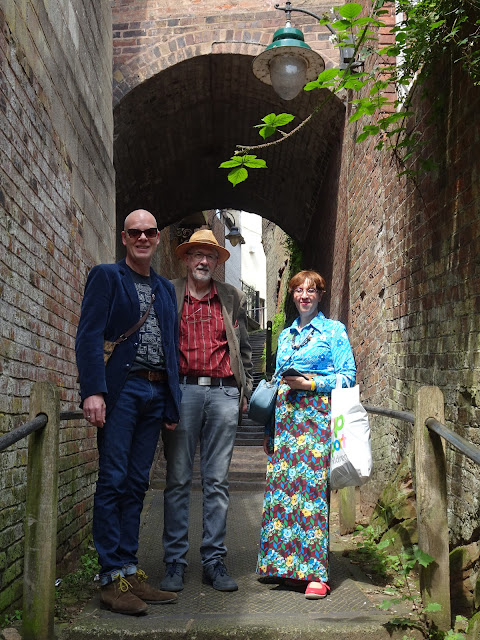 The River Severn splits Bridgnorth, named after a bridge further down the river, into High Town and Low Town. The earliest historical reference to the town is in 895 where it was reported that the Danes created a camp. After the Norman Conquest, William I granted the manor of Bridgnorth to Roger de Montgomerie although the town was not established until 1101 when Roger's son, Robert, moved here building a church and a castle. 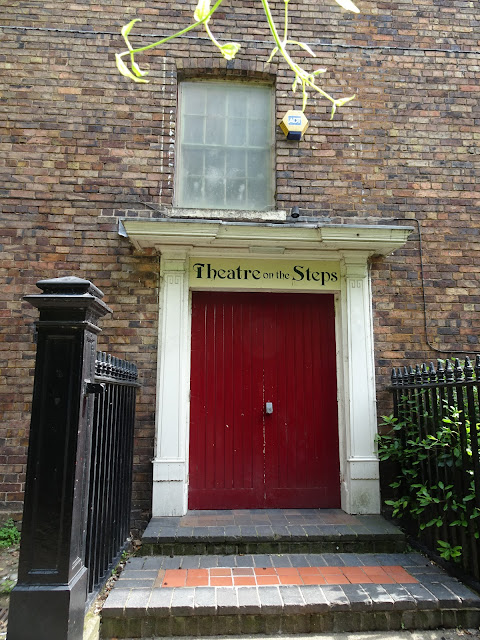 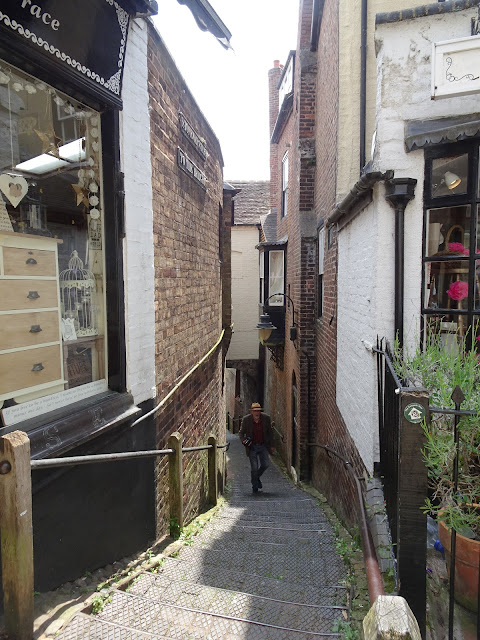 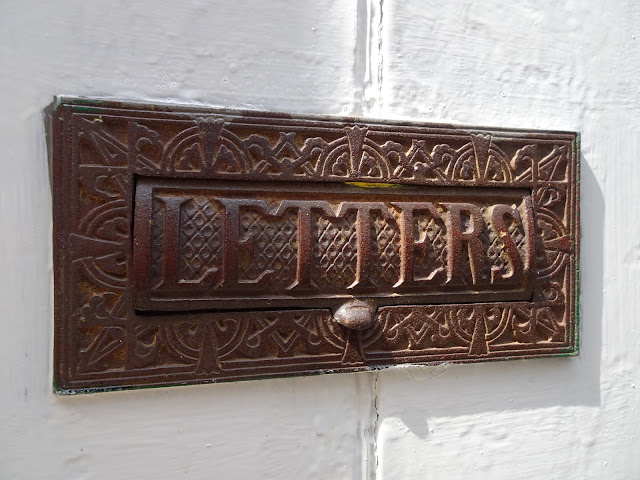 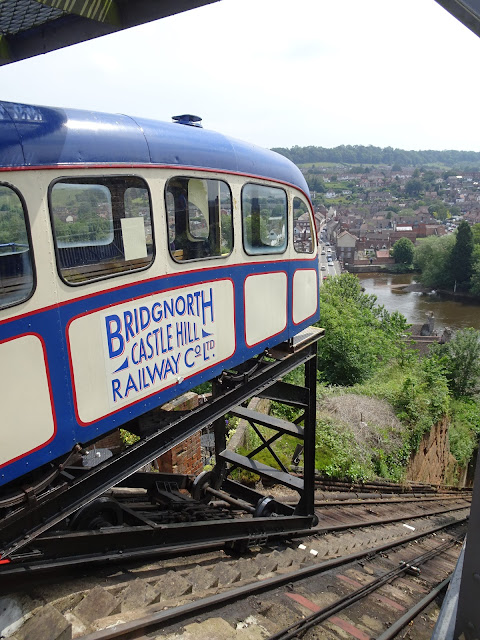 Opened in 1892, the Bridgnorth Cliff Railway ferries visitors between the Low and High Towns. It is one of only four funicular railways in operation in the UK. 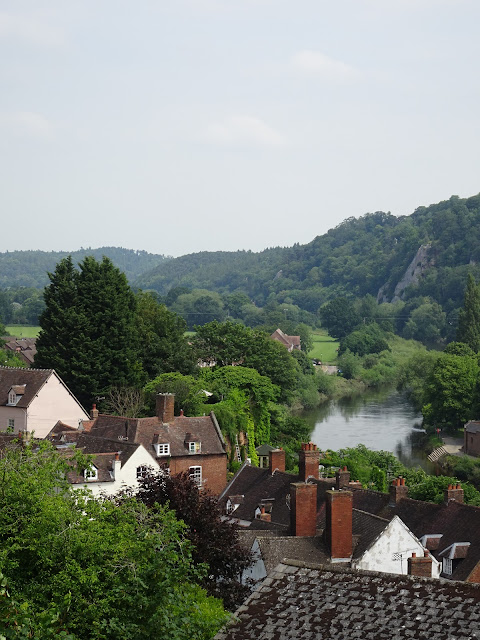 We were surprised that the River Severn wasn't more swollen, considering the amount of rain we'd had recently. 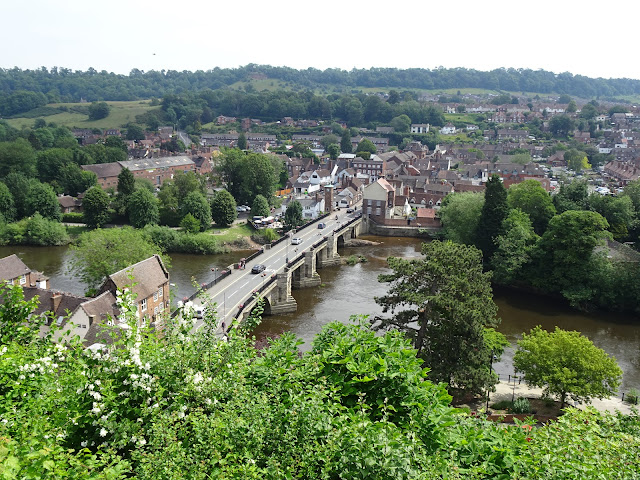 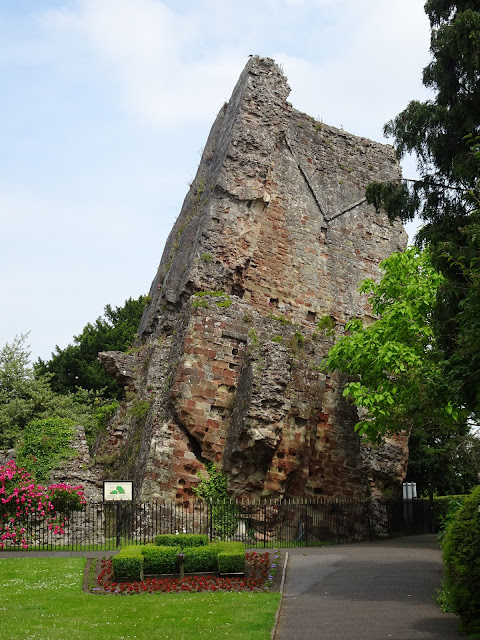 The remains of the castle built, as mentioned previously, in 1101 which tilts at 15 degrees (an even steeper angle than the Leaning Tower of Pisa) following the damage caused during the English Civil War. 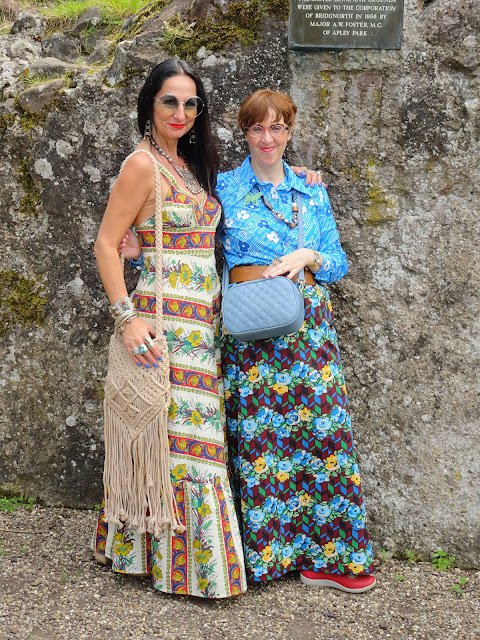 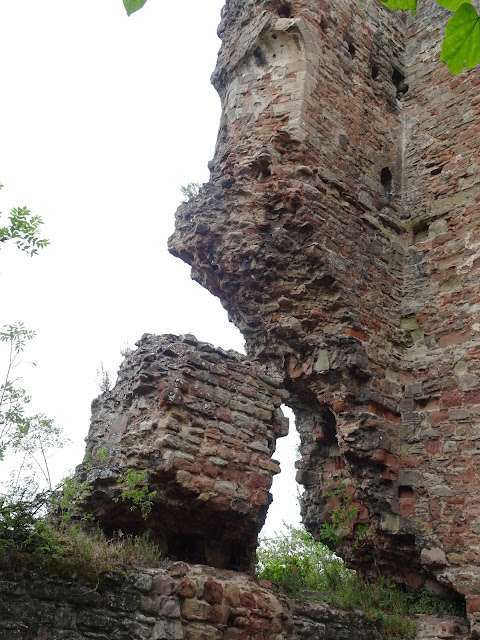 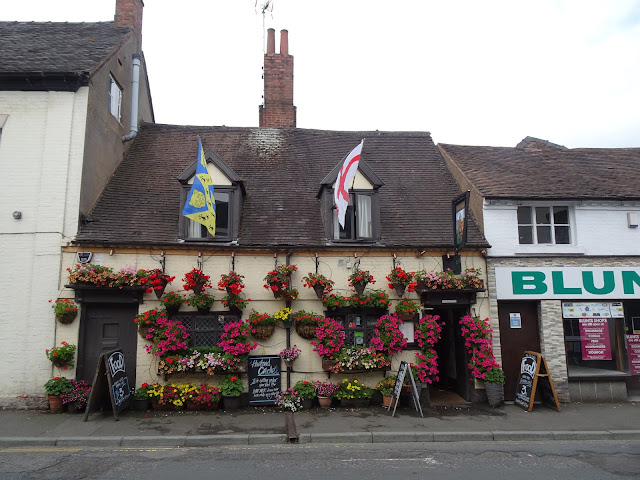 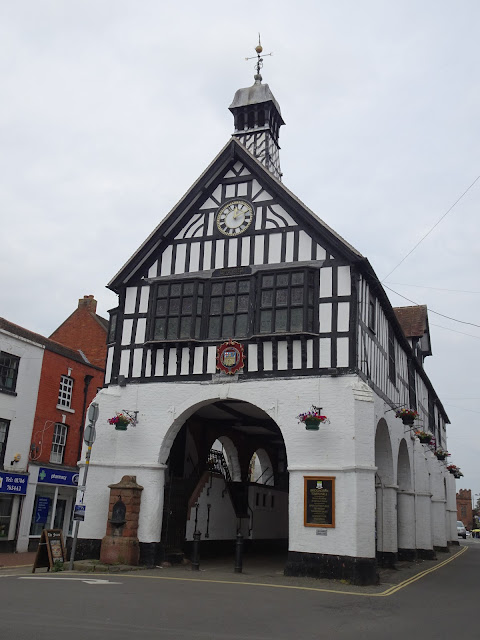 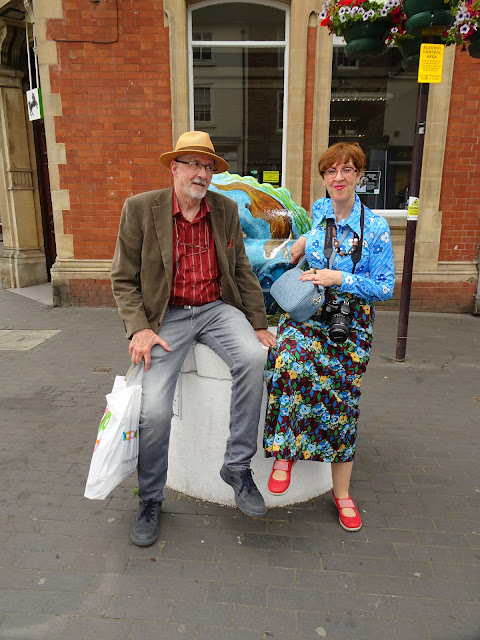 After exploring the charity shops (Ann and Jos both found bargains) we partook in a slap-up 'Spoons  lunch before heading to Dudmaston Hall, the nearest National Trust property to Bridgnorth. 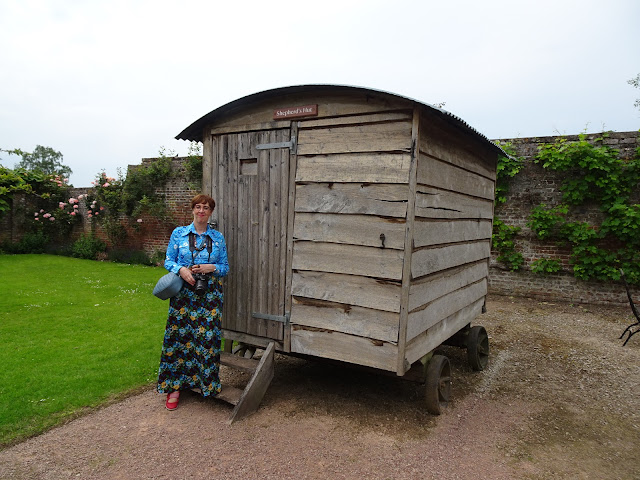 Dudmaston Hall has been a family home for 875 years and houses one of the most important collections of modern art in Britain including pieces by Moore, Matisse and Hepworth. Sadly photography aren't permitted inside the house but there's plenty on their website HERE. 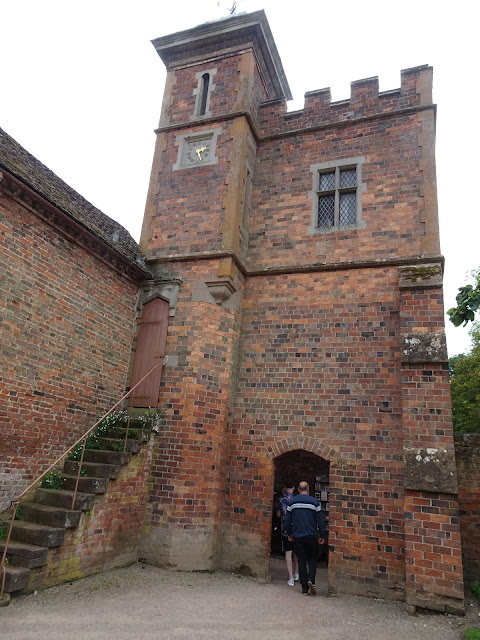 The grounds were spectacular and the views from the house over to the Big Pool were spellbinding. The lord of the manor purchased some vintage menswear from us a few years ago when we used to sell at a vintage fair in Bridgnorth so we know he's got great taste. 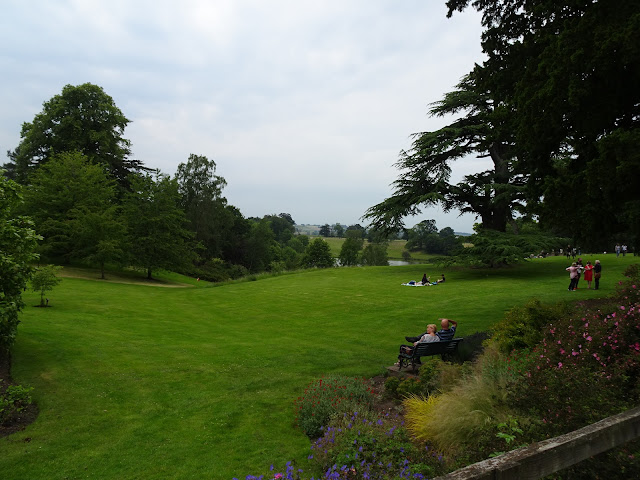 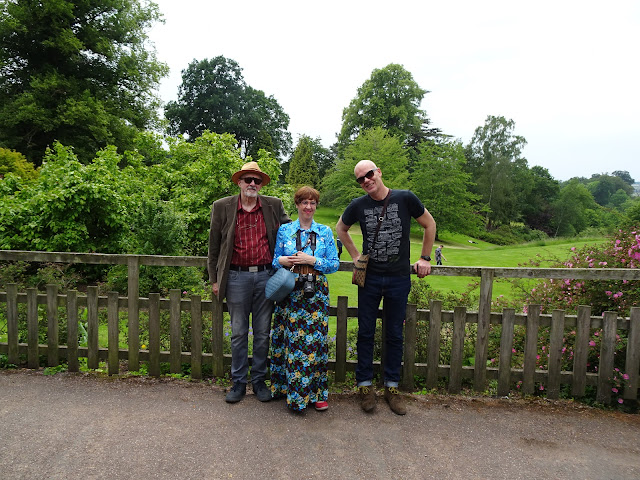 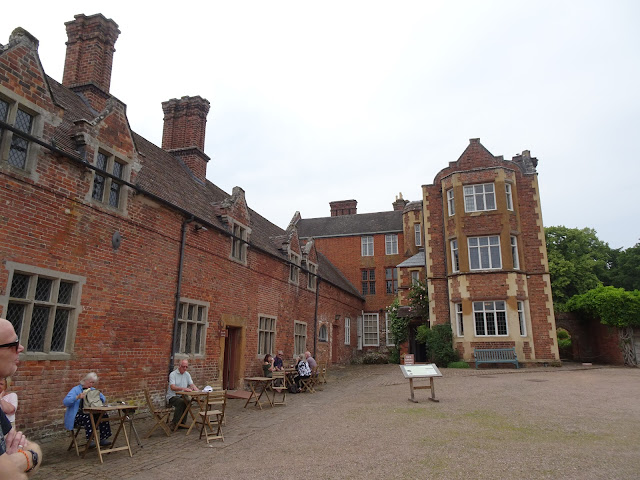 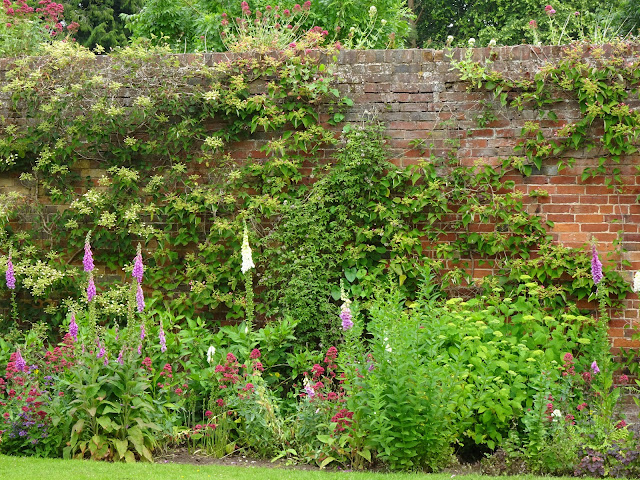 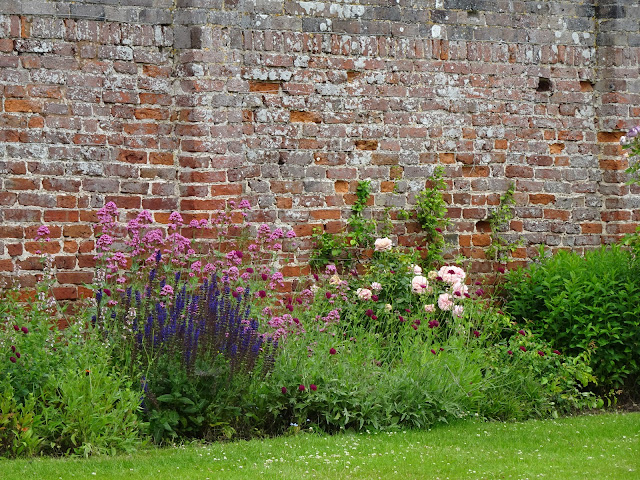 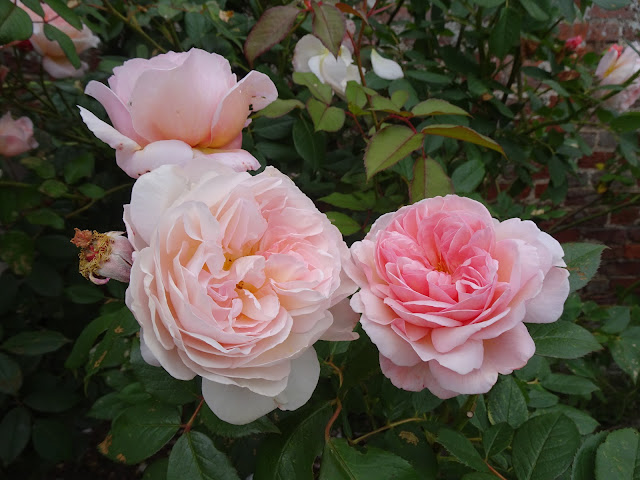 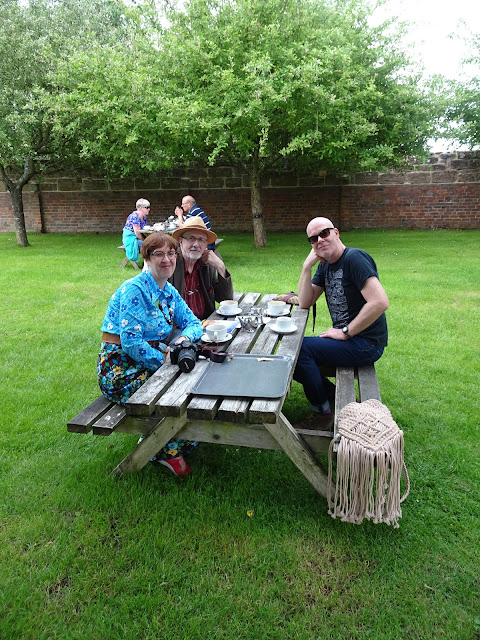 After civilised drinks on the lawn underneath some ancient apple trees, the rain which had evaded us for a few days made a comeback. We hurried back to our cars, hugged one another goodbye and promised we wouldn't leave it a whole year until the next time we met. 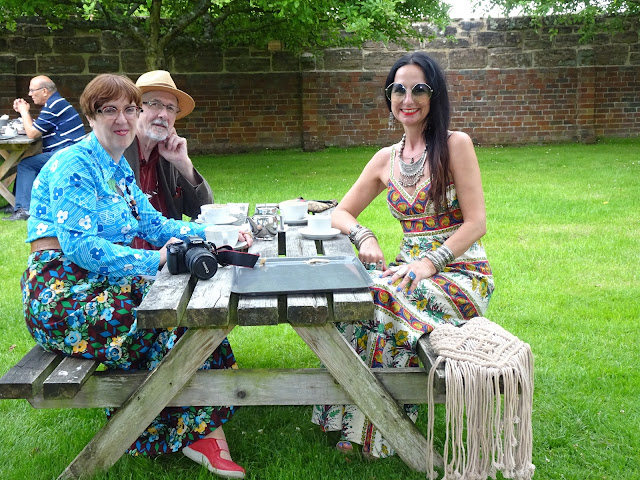 We were spoilt! Here's the wonderful gifts Ann & Jos gave us - a traditional crate of Belgium beer and local biscuits, the first two albums by legendary Belgian punk band The Kids, a guidebook to Antwerp (a hint?), two amazing vintage maxi skirts, a groovy man's shirt, an embroidered ethnic bag, two bangles and a bottle of wine. 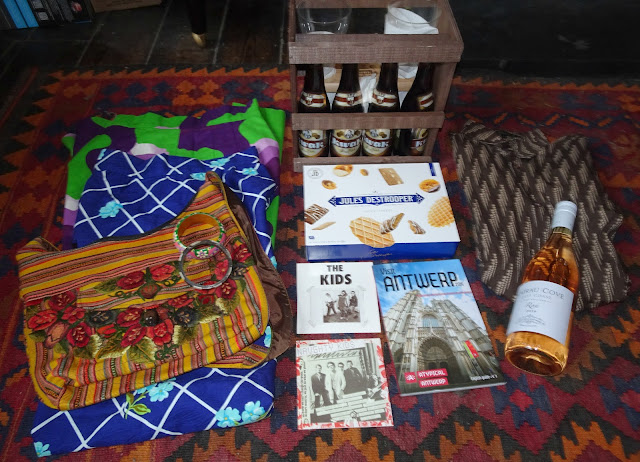 Who knew when I started writing a blog ten years and (1401 posts) ago that I'd make such wonderful real-life friends? Blogging well and truly rocks!

Email ThisBlogThis!Share to TwitterShare to FacebookShare to Pinterest
Labels: Fun With Bloggers, National Trust, Out and About