The Woman In White 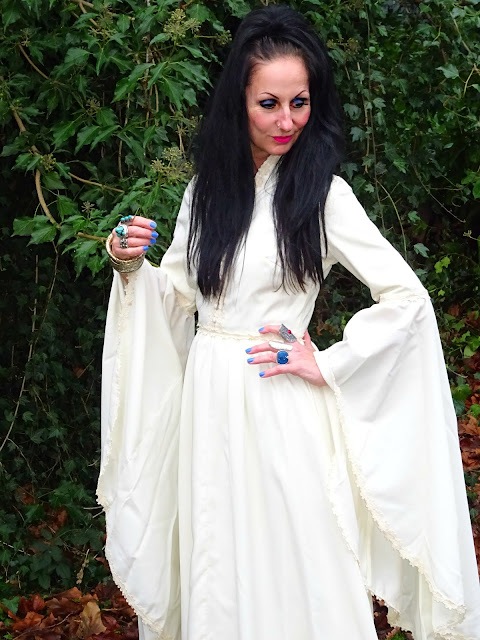 When I spotted this 1970s gown in a charity shop window a few weeks ago my heart skipped a beat. Sod the fact it was a wedding dress, it needed to be mine. I think the manager was rather amused by the way I stood, grinning inanely while I stroked the sleeves because he told me that I could have it for £15 instead of the £25 written on the label. I didn't need any time to think, I stripped the shop dummy myself, handed the cash over, stuffed the dress into my bag for life and continued on my merry way. 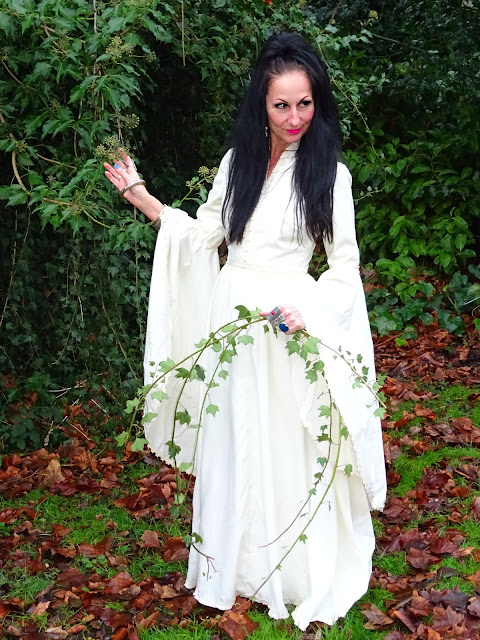 At home I was pleased to discover that it fitted perfectly and the surface marks on the skirt sponged off straight away. Originally the dress had an 8 foot train with a loop which would have been worn around the wrist as the bride walked up the aisle -  as I had no intention of wearing it as a wedding dress I unpicked the daisy braided trim, lopped off the excess fabric, re-hemmed both the skirt and the double underskirt underneath and reattached the braid. I had planned to dye it purple but I'm rather liking it off-white, I could be a Pre-Raphaelite lady... 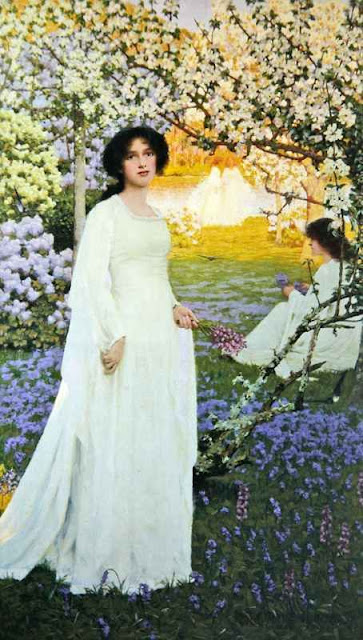 Or even a pagan goddess 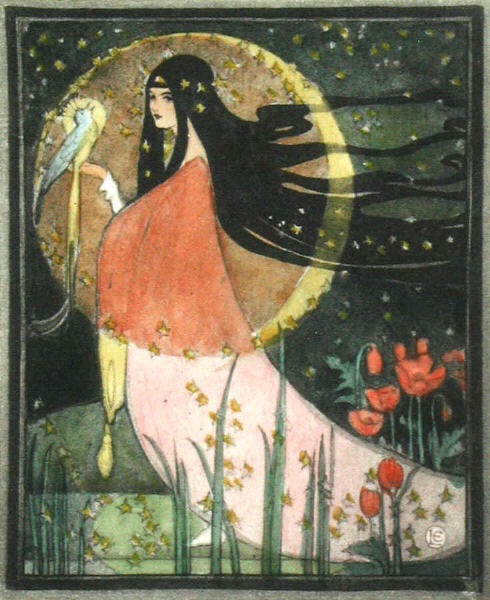 Which is a look I find far superior to a novelty Xmas jumper or a festive onesie. 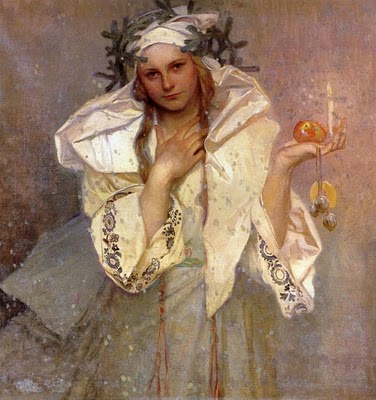 Talking of Christmas - we're ready. Not that we need to do much - presents for each other (keeping to a self-imposed spending limit) and for six friends. The good thing about both being orphans is that the Xmas present shopping list is very small. We go to the curry house for our dinner with the Dead Relatives Society and have a three course Indian feast for £24.95. We don't eat breakfast or tea on Christmas Day, we're too stuffed! We usually meet the gang in 'Spoons on Boxing day for tea. We don't do a big shop or buy any special food in. We don't eat any more or any differently than we do the rest of the year. As I have done every year since Jon bought it me, I'll be on my Wii Fit on Xmas morning - I've a date with a bikini and a beach in less than a fortnight. Xmas decorations? The eagle-eyed amongst you spotted last year's pom-pom wreath in Wednesday's photos - that's the lot. No tinsel, no tree, no anything. 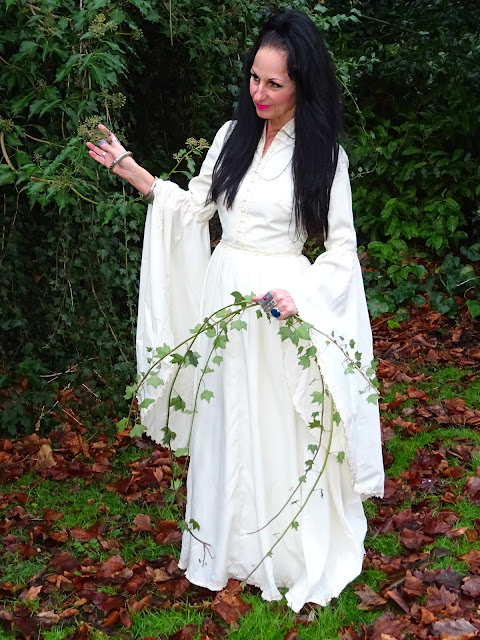 Neither of us are into festive TV although I am very excited that to mark forty years since its release, the BBC are showing Saturday Night Fever tonight. I can't quite believe that I went to see it at the cinema when I was 11, clearly the door staff at Walsall's ABC were a bit lax at letting a child into an  X rated film. Can't say it did me much harm though, just look at what a balanced and sensible adult I turned into! 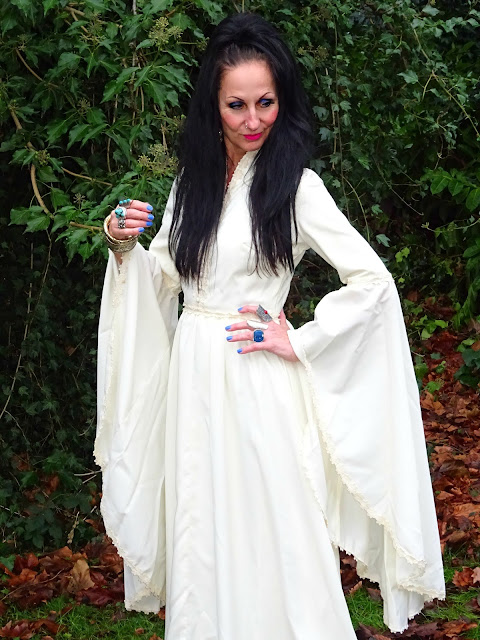 Whatever you get up to on 25th December, Jon, the cats & I wish you a Super Cool Yule.

Email ThisBlogThis!Share to TwitterShare to FacebookShare to Pinterest
Labels: Charity Shopping, It's All About Me