Somebody Else's Guy & Another Woman's Husband 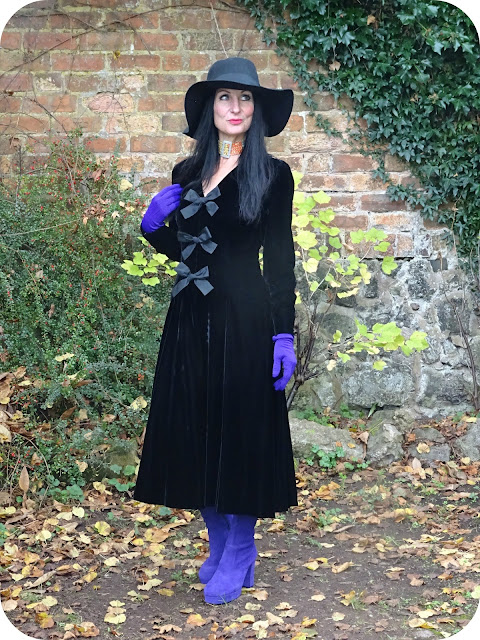 Am I happy that Halloween's over! I spotted this dress on a mannequin in a themed window display in one of our regular chazzas three weeks ago, accessorised with a pointy hat, a cape made from a bin liner, a besom broom and a plastic pumpkin lantern and I fell in love. The black velvet looked plush & strokably soft and the satin bows & zipped cuffs indicated that it was a quality piece. It had to be mine! The lovely manager, who often puts stuff she thinks I'll like aside, hung a "sold" sign across it and promised I could have it once the Halloween window-dressing competition had been judged. I've been stalking it on a regular basis ever since. 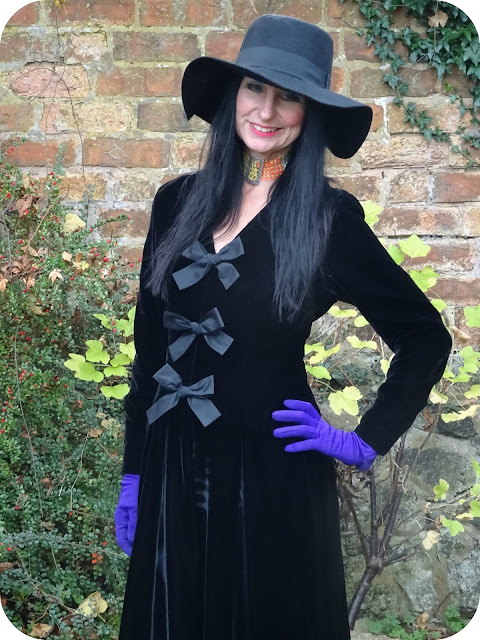 This morning with the calendar turned to November and grown-up appointment out of the way, we hot-footed it into town and I handed over my cash in exchange for the witch's discarded frock. When I got it home I was bowled over to discover that it was by Parisian designer, Guy Laroche (1921 - 1989). On further investigation - thank you, Google - the dress dates from the mid-eighties, not my favourite era for fashion, but Jon reassures me that I look more Stevie Nicks than Princess Di in it. I've had to peg it at the back as it's a couple of sizes too big. 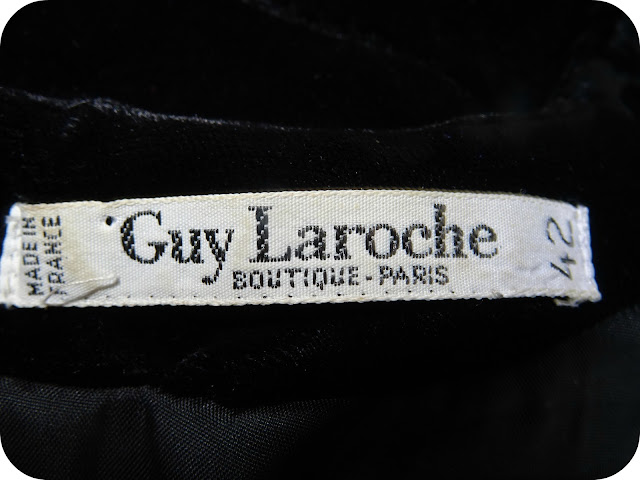 Originally a trained milliner, Guy Laroche turned his hand to dress design, becoming assistant to Jean Dessès in 1949. In 1955 he travelled to America to research new ready-to-wear manufacturing methods and a couple of years later opened a high-fashion atelier at 37 avenue Franklin Roosevelt in Paris where his collection of vibrantly-coloured clothes with plunging backs and necklines, as well as dresses in a more traditional but elegant style, won widespread approval. 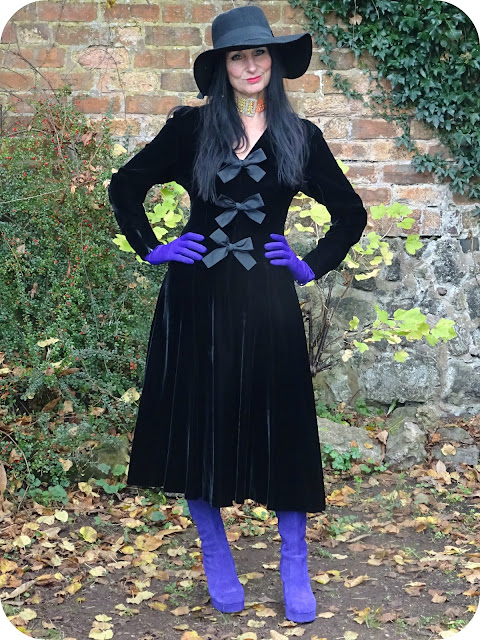 Unlike the notoriously haughty Parisian designers, Guy Laroche gained a reputation for being both gracious and humble. He designed haute-couture, but practical, clothing for women, becoming the first designer to create separates for the American market.  In 1961 he moved to larger premises in an elegant townhouse at 29, rue Montaigne, Paris, where he opened a boutique and introduced his premier ready-to-wear collection. 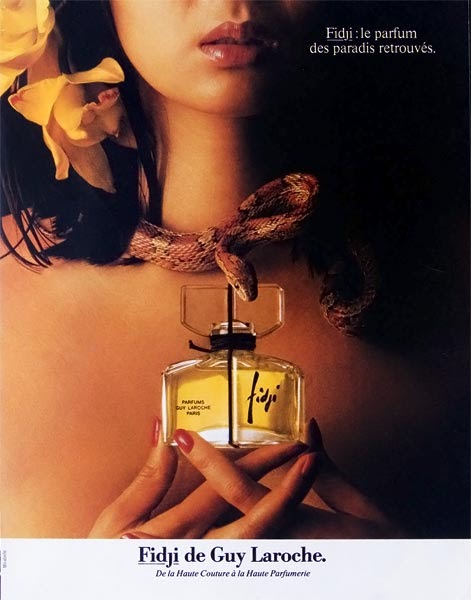 In 1966 he launched Fidji, his first women's fragrance (of which my Grandma was fond) followed by a number of others including Drakkar Noir.


Laroche died in 1989 at the age of 67 but the Guy Laroche label lives on, with the chief designer changing frequently, possibly the best known being Herve Ledger (of bandage dress fame) who worked for Guy Laroche between 2004 - 2007. 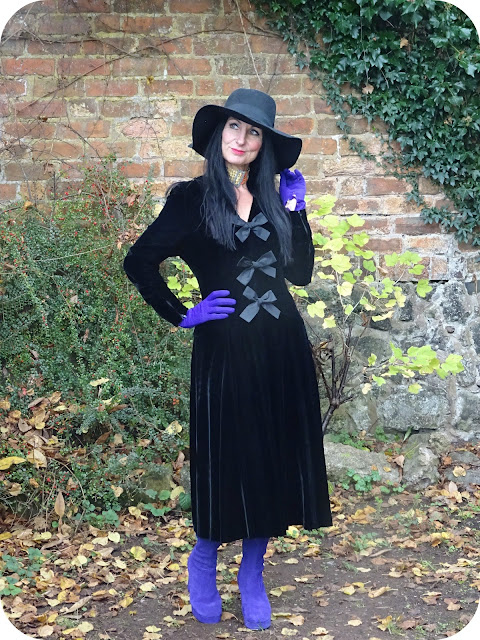 So that was Somebody Else's Guy (happily, mine!), now for the Husband bit....

A couple of weeks ago Headline, a UK-based publishing company, got in touch and offered me a book in return for a review and, never one to turn down a free read, I accepted. Truth be told, if I'd seen Another Woman's Husband printed on the spine of a book in a charity shop I probably wouldn't have bothered picking it up off the shelf, assuming it to be the bleatings of a wronged wife. Self pity and romantic novels are two things I can't abide. The worst book I ever read was Eat, Pray, Love - the only reason I finished it was because I was in the Keralan backwaters and there wasn't another publication available in the English language to be found for miles. Trust me, the Yellow Pages would have been preferable to Elizabeth Gilbert's navel gazing. 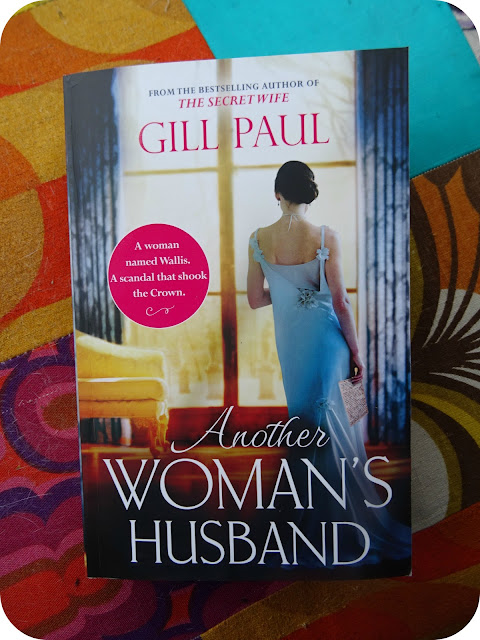 Anyway, that's besides the point, Gill Paul's Another Woman's Husband tells the story of two women born almost a century apart. Mary Kirk, daughter of a wealthy Connecticut family, befriends Bessiewallis Warfield (later to become Wallis Simpson, consort to the Duke of Windsor) at summer camp in 1911 and their relationship continues across the Atlantic throughout WWI, the Prohibition era, The Jazz Age and The Blitz. The other woman, Rachel, ex-punk, period clothes-wearing, classic car driving, vintage shop owner from Brighton who, on a trip to Paris with her boyfriend, ends up as a witness to Princess Diana's fatal car crash. Haunted by the accident, Rachel's life starts to unravel and, on a mission to save her business and help free her man from police custody, ends up unearthing a long-forgotten link to Wallis Simpson.

I really enjoyed Another Woman's Husband. Both Mary & Rachel were strong, independent characters and despite facing challenging situations, picked themselves up, dusted themselves off and got on with life, no self pity or endless wallowing and I genuinely felt affection for both women as the plot progressed. Wallis Simpson, famed for saying You can never be too rich or too thin and If you're tired of shopping you're using the wrong shops, came across as incredibly driven, calculating and ruthless and from the book I learnt of several of her favoured fashion designers who I hadn't heard of before. I read Another Woman's Husband in just two days and was a bit sad when I'd finished it. Much as I hate to admit, the ending caused me to shed a tear.

Another Woman's Husband is published by Headline and will be available in the UK from 2nd November, 2017 priced at £7.99. Much as I avoid mentioning the C word until at least the third week in December, it would make a fab present for any friends into reading, vintage clothes and history (and isn't that most of us?)

It's Wednesday. That means The Apprentice fuelled by Lidl white rum and diet cola - bring it on!