Greece Is The Word 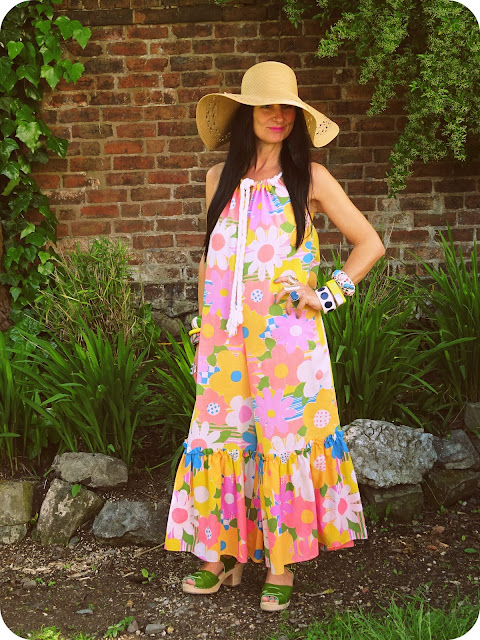 After we missed out on Glastonbury tickets when they went on sale back in October Jon & I made a plan to escape to Greece for the duration of the festival. We procrastinated, looked at flights and package deals, leafed through the guide books and internet forums and did nothing. Waking up to the news of the horrific terrorist attack in Manchester on Tuesday morning jolted us into action. Life is short...book the trip.

Ever since I was captivated by Gerald Durrell's My Family And Other Animals as an 11 year old I'd wanted to visit Corfu but somehow never got around to it. I've been to Greece many times but just not Corfu so, 39 years later, that's where we're going.

Unbelievably the flights and a week's accommodation in a privately owned apartment in the middle of an olive grove 500 metres from one of the most beautiful beaches on the island has cost less than the price of two Glastonbury tickets with enough cash over to pay for a taxi to and from our apartment plus a new bikini for me, some swim shorts for Jon and our sun cream, too. When Jon was rummaging in the cupboard he came across €280 in an envelope, left over from a trip to the island of Thassos in 2006 (where we took the photos above). 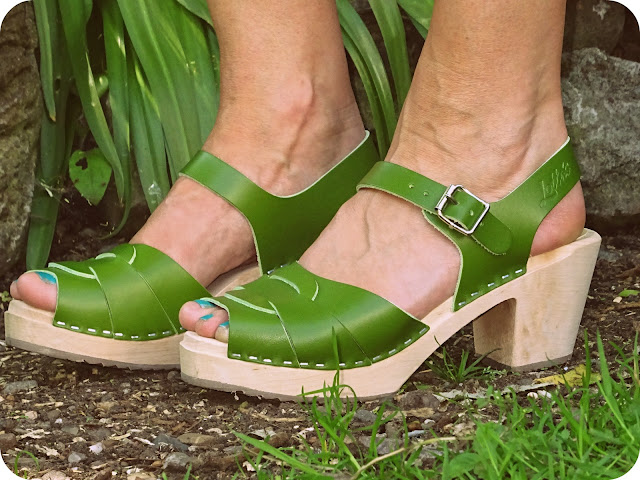 It's been 11 years since we last had a European beach holiday and, used to backpacking around India by train, packing is a revelation. I don't need the earthy colours to hide the dust and grime of the Sub-continent, I can wear shoes with a bit of a heel (hello, clogs!) and there's opportunities to dress up a bit (something that would look ridiculous in our beloved laid-back Goa).  Thinking about it, I don't really need a bikini, our nearest beach is nudist. 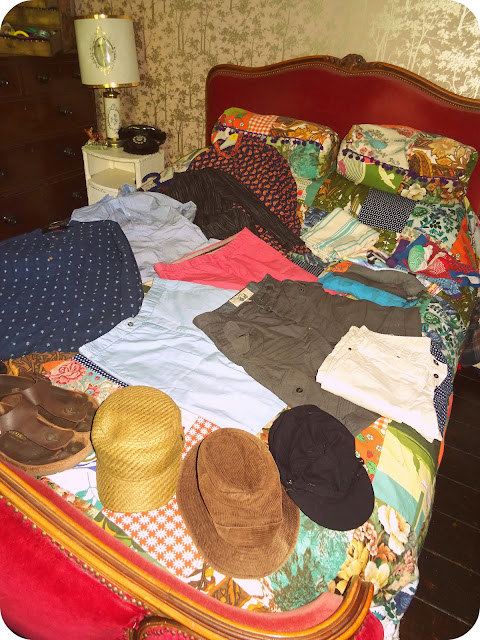 Like an excited schoolboy, Jon packed within half-an-hour of booking the flight. Four long sleeved cotton shirts, three pairs of shorts, a pair of white jeans, three tee shirts, a sarong, three hats, his Birkenstocks and his trusty desert boots.....the swim shorts are in the post. 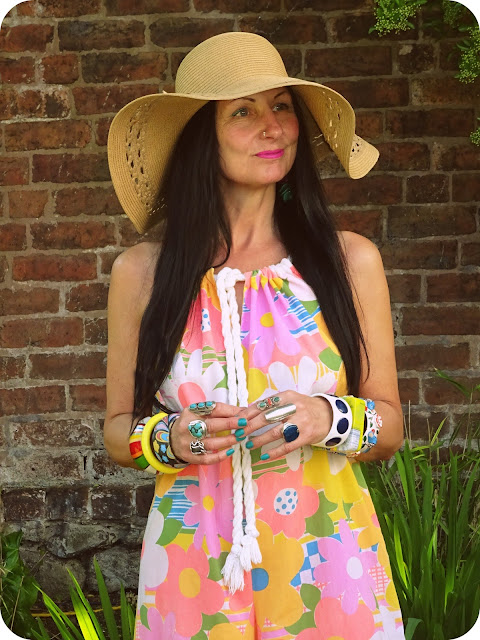 This week the UK has been enjoying temperatures comparable to June in Corfu, perfect for testing whether the clothes I'm planning to take are suitable for the heady heights of 80º F. One of the maxis on the pile got tossed after I wore it out chazzing this morning as it kept slipping down my back and pissing me off.  The insane 1970s American, union-made cotton jumpsuit bought from eBay seven years ago is a winner though, it survived a tedious midday trip to B&Q to buy plywood & compost and felt like I was wearing nothing. 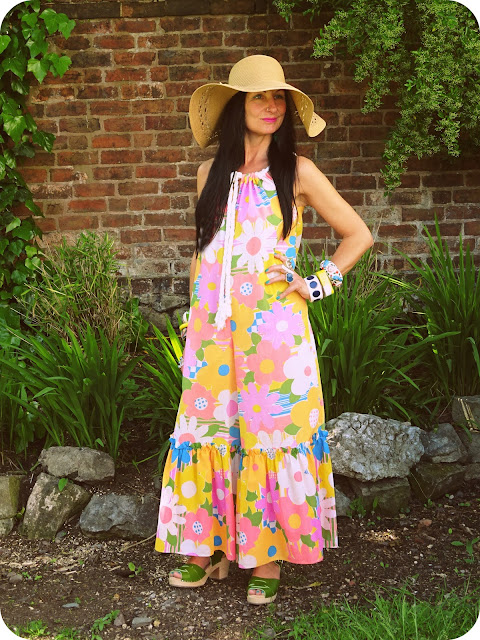 Bikini aside I definitely won't need to buy anything new, with my passion for sleeveless, backless and floaty with bright tropical prints I already dress like I live on a sun drenched Mediterranean island rather than the damp, grey shores of the UK. Below is my final cut. I'm sure that I don't need to tell you that everything is vintage. 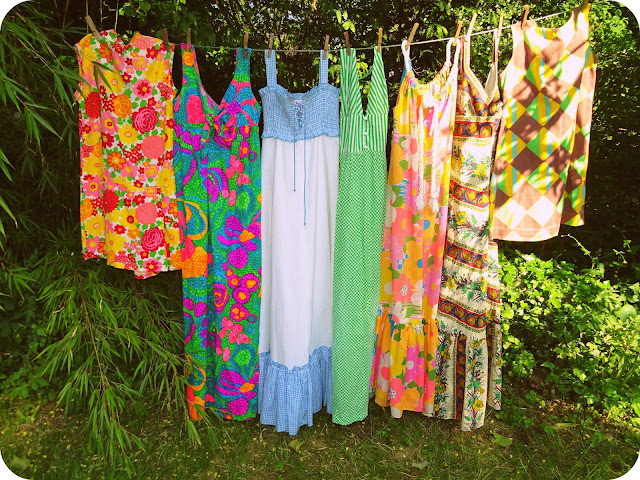 There's over three weeks (and our first festival of the Summer) until we fly but we're already in the mood, feasting on Feta cheese, tzatziki and Greek olives, watching Simon Reeve's BBC documentary on Greece and rereading Prospero's Cell in the garden yesterday. Next stop films set (or partially set) in Greece -  John Le Carré's Little Drummer Girl is on the list but I draw the line at Mama Mia.

The day was one of those breathless, clear, blue days that only Greece, of all the countries in the world, can provide. The cicadas were zithering in the olive trees and the sea was a deeper blue, moving reflection of the sky. We had just finished a large and leisurely lunch under the twisted, pitted olives that grew almost to the edge of the sea on one of the most beautiful beaches of Corfu. We slouched there indolently, ferrying a giant, wicker-covered bottle of turpentine-like retsina between us.   Extract from Fillets of Plaice by Gerald Durrell

It's another weekend off for us and the rum is waiting. (I really ought to reacquaint myself with ouzo but it brings back a lot of bad memories of terrible hangovers).