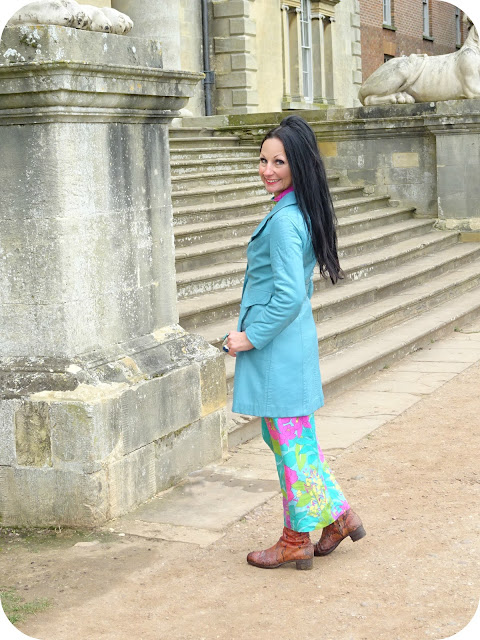 It's been ages since we last visited a National Trust property. Time to put that right! Today we headed an hour down the road, to Croome Court in Worcestershire 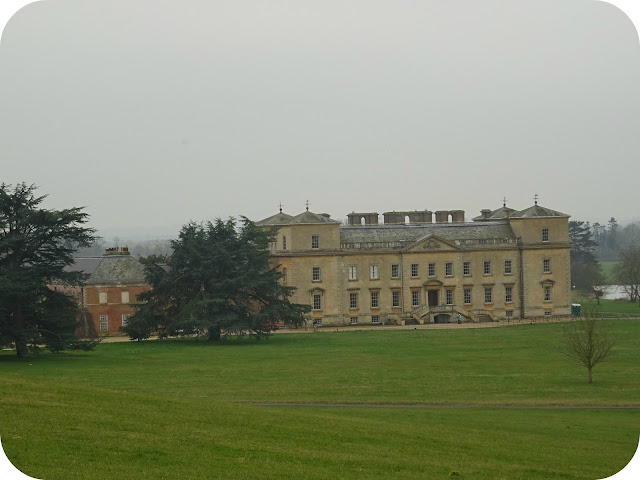 Croome has an interesting history. After he inherited the family estate in 1744 becoming the 6th Earl of Coventry, George William (1722 - 1809) employed landscape gardener Lancelot "Capability" Brown and architect Robert Adam, the pioneer of Neo-Classical taste in Britain, to transform the old family home into a place of artistry and beauty. The project was finally completed in 1751. 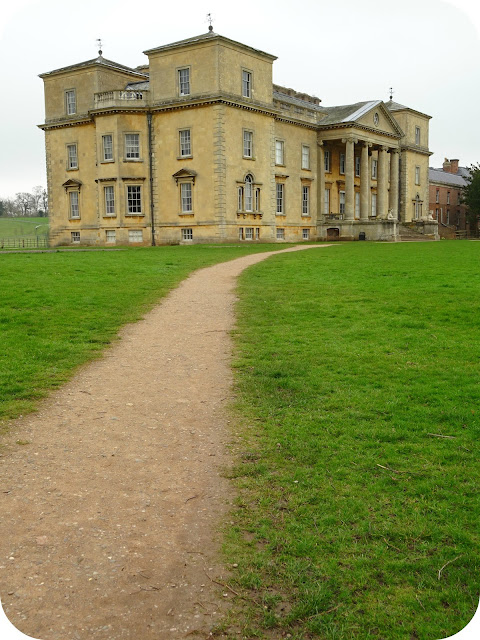 In 1942, Defford, the local airfield, became a secret radar development base and throughout the Second World War Croome was occupied by the RAF. There's an RAF Museum on-site. 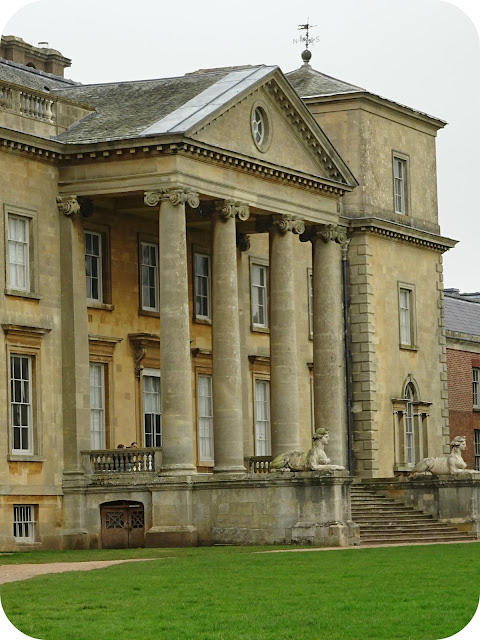 In 1948 the Coventry family fell on hard times. The property was sold, the contents auctioned off and Croome became a Catholic School for disadvantaged boys. 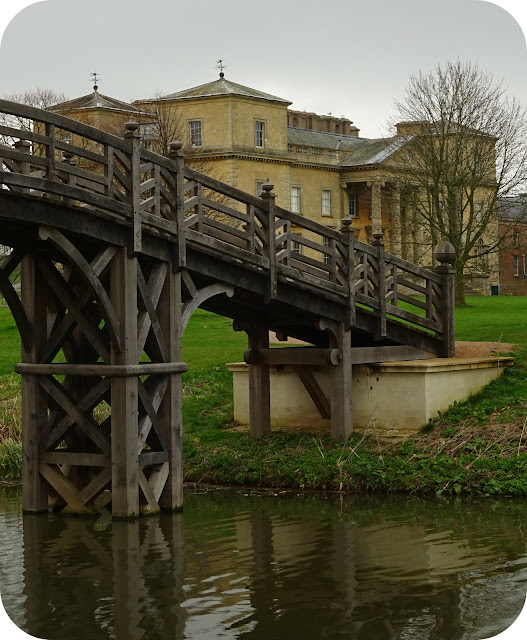 In 1979 Croome was bought by Hare Krishna devotees (an annual Krishna festival is held here every year) and served as a commune for fifteen years. It was then sold to a succession of property developers but the cost of the upkeep spiraled out of control. 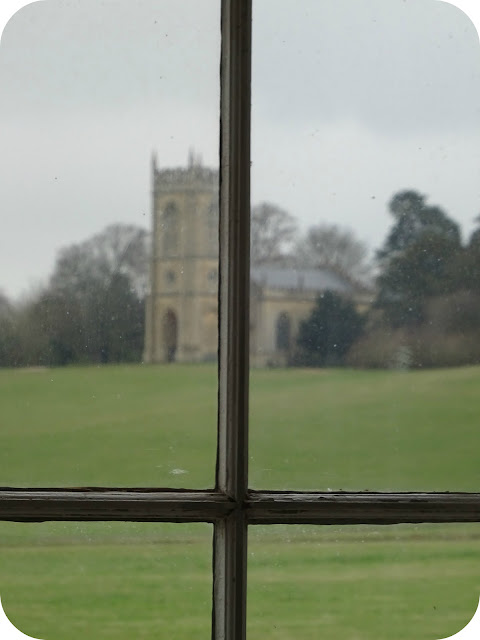 In 1996 The National Trust acquired the overgrown parkland, embarking on the huge task of restoration then, in 2007, the Croome Heritage Trust bought Croome Court and leased it to the Trust enabling it to open to the public in 2009. The property was repaired to make it watertight and structurally sound and is now in the process of being restored. 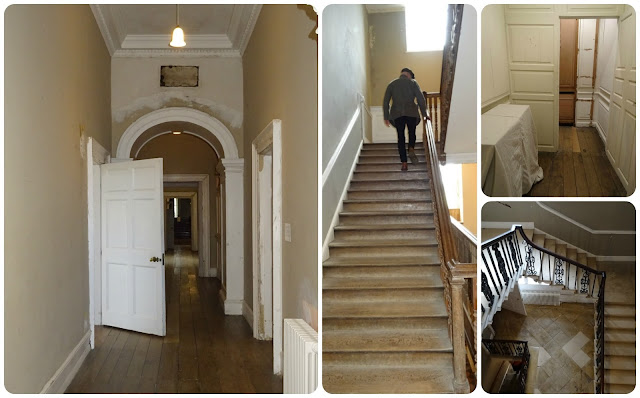 Although unfurnished, Croome is wonderfully atmospheric and without contents you can really appreciate the fine architectural details, the epic proportions and the spellbinding views. In fact, we felt quite at home here. Built in 1750 our house is almost Croome Court's twin and still very much a work in progress. 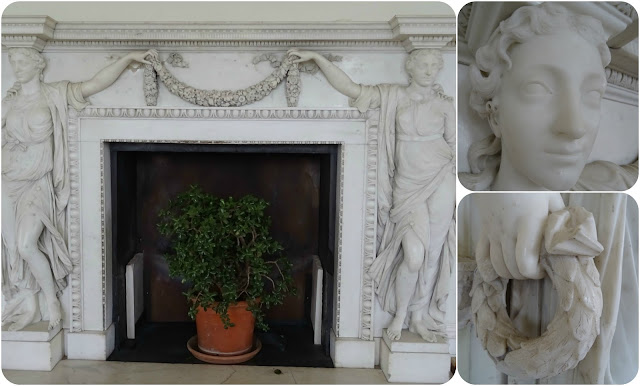 I've got a real thing about antique fireplaces (I spend even longer drooling over them on eBay than I do 1970s psychedelic maxi dresses) and Robert Adam's marble masterpiece in the Long Gallery took my breath away. Despite it being worth a few million we were encouraged to touch it and trace the incredibly detailed carving with our fingertips. It's a miracle it survived the inquisitive hands of schoolboys for years.

We loved the Chinese Room. When Croome was sold the owners were advised to remove the original hand-blocked Chinoiserie print wallpaper so this is a reproduction.

The skies may be grey but the temperature is definitely Spring-like. The Dollyrockers silk maxi dress I'm wearing under my leather coat is sleeveless. 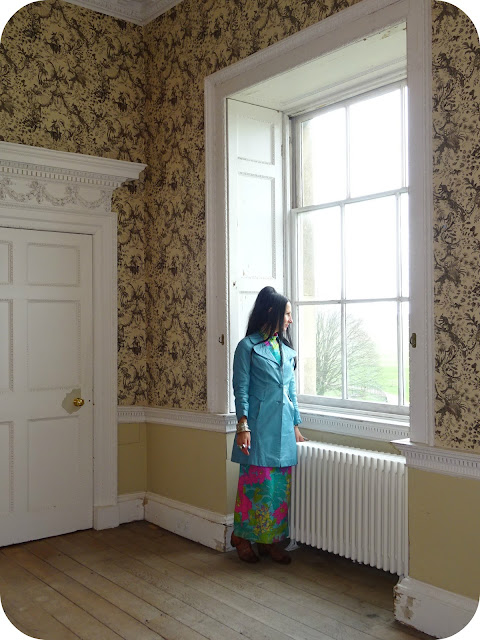 The marvelously opulent hand painted cornicing and plaster work in this room reminded us of some of Maharajah's palaces we've visited in India. 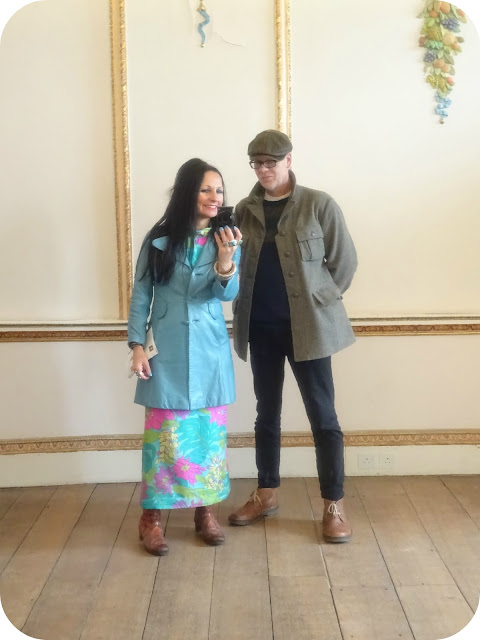 This exhibit, The Golden Box, showcases some of Croome's extensive porcelain collection within a gold mirrored capsule.

Remaining true to George William's passion for nurturing new talent in artists and designers, Croome hosts a number of art exhibits (including a display of Grayson Perry's tapestries in 2016). 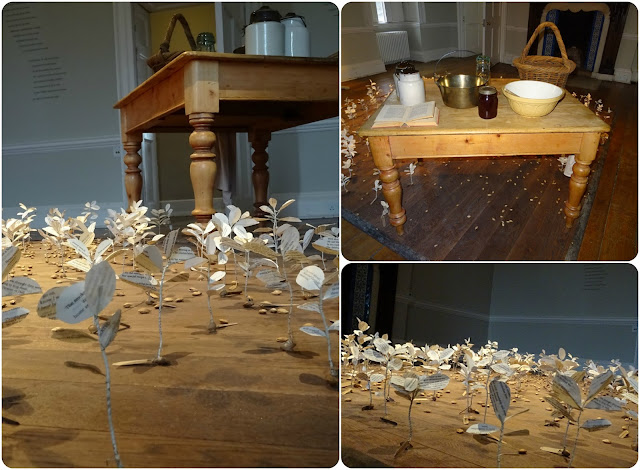 Plum Lines is inspired by the story of the 9th Earl of Coventry's plum jam factory and the formation of the local Women's Institute. 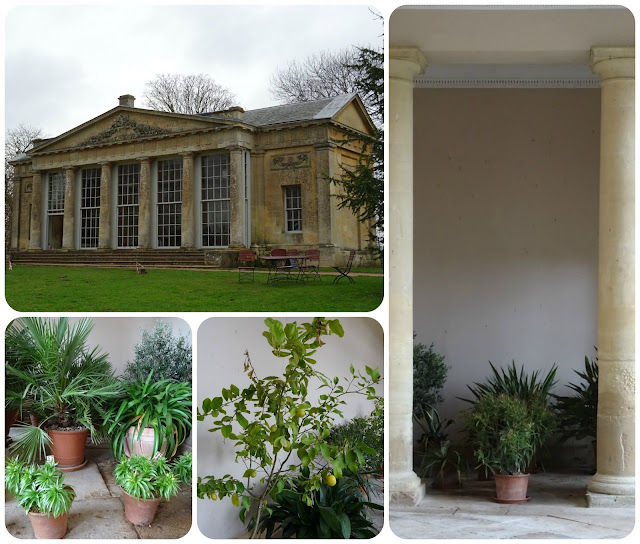 After a taste of Spring yesterday, today was a return to grey skies and drizzle but with so much to admire on our two mile stroll around the grounds, we hardly noticed. Is this the best greenhouse you've ever seen? 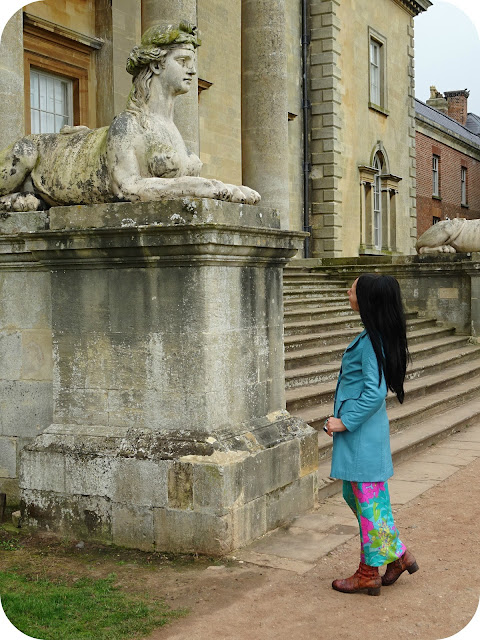 I wonder what the neighbours would say if we commissioned a couple of these Coade stone sphinxes for the gates of Stonecroft? 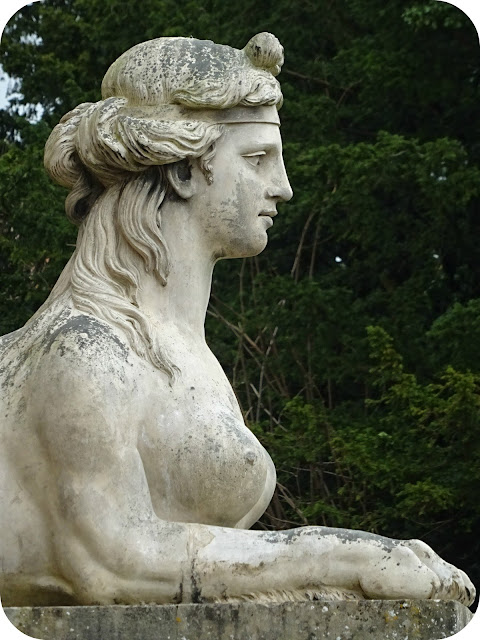 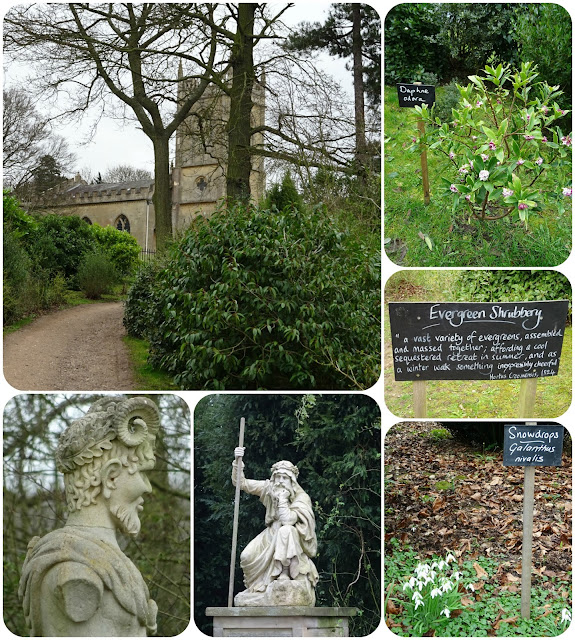 There was an abundance of snowdrops and daffodils in the beautifully manicured gardens. 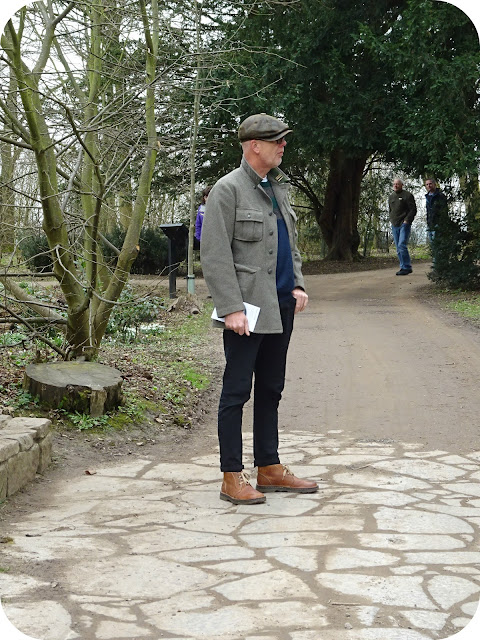 Sick boy (it's his fourth cold in as many months) was well wrapped up against the elements in his vintage wool Swedish military jacket and the Doc Martens he found in a chazza last week. 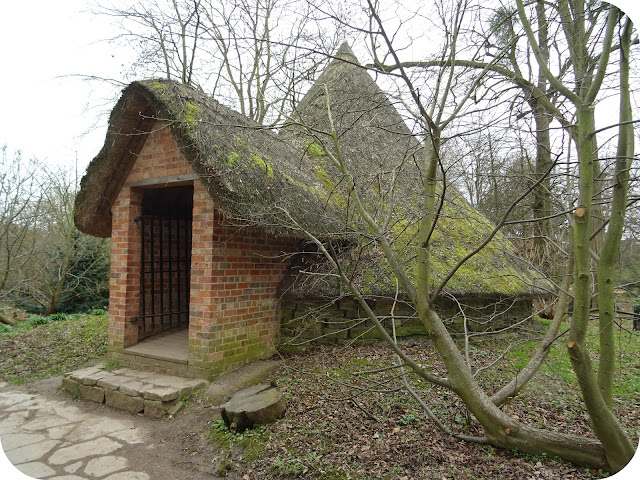 That's the Ice House, the 18th Century answer to a fridge. 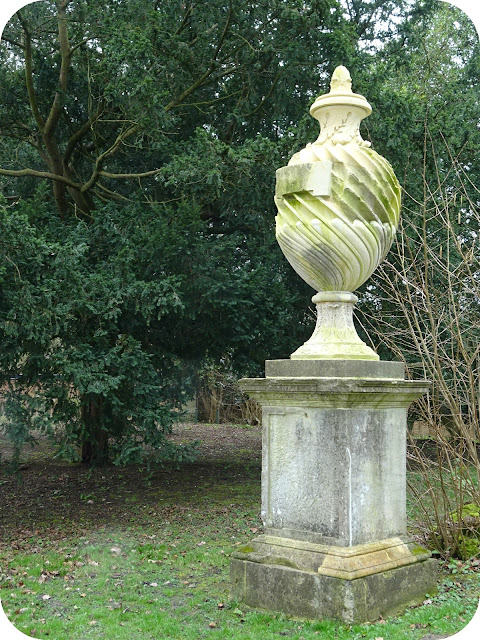 Capability Brown built the Rotunda within the shrubbery between 1754 - 1757 as a relaxing garden room. On a clear day there's some wonderful views of the neighbouring Malvern Hills. 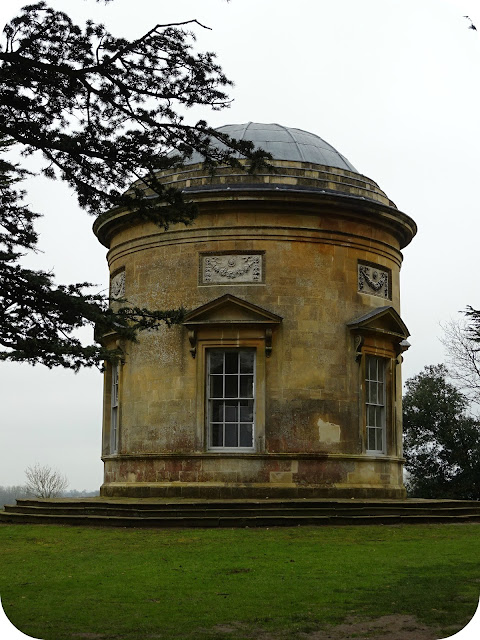 The Chinese Bridge is a recent addition, it replaces the missing original designed for the 6th Earl of Coventry by William Halfpenny in 1749. 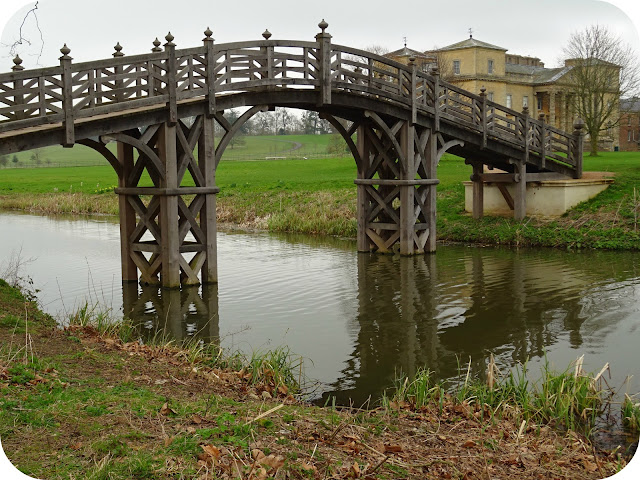 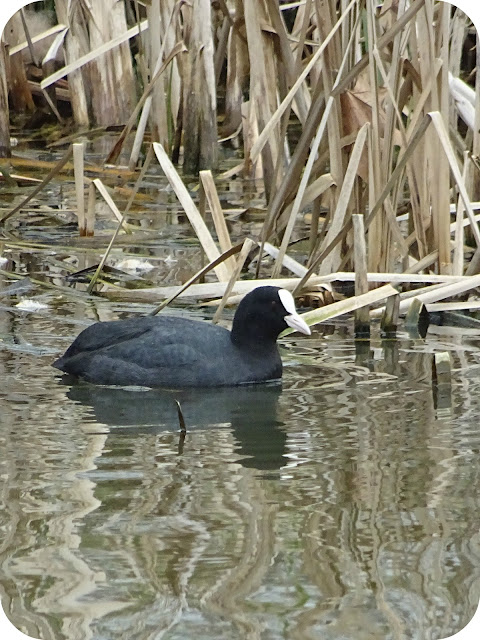 The Mary Magdalene church, designed by Robert Adam and consecrated in 1763, replaced the ancient Medieval church demolished by the 6th Earl during his remodeling of the estate and landscape. 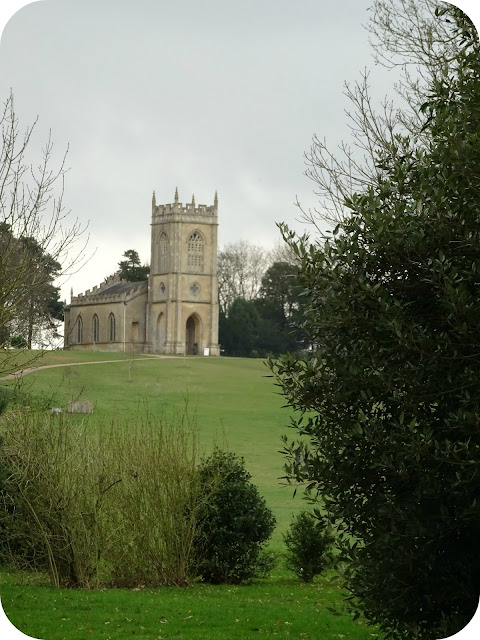 Behind was a charmingly dilapidated graveyard. Several of the inscriptions on the tombstones commemorated people who'd lived well into their 90s and, in one case, 101 years old.  Croome must have been a great place to live. 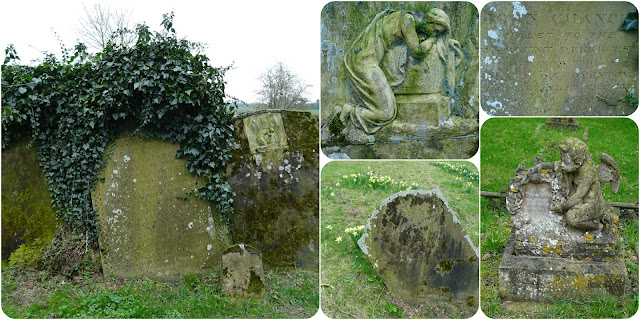 Hope you enjoyed your virtual trip as much as we enjoyed our real one! Click on the photos for bigger images.

We're trading with Judy's in Cambridge for the first time on Sunday (details HERE). If we don't see you there, we'll see you on the other side.

Linking to Patti & the gang for Visible Monday.
Posted by Vix at Friday, March 10, 2017