Faded Splendour - Travels To Goa & Beyond 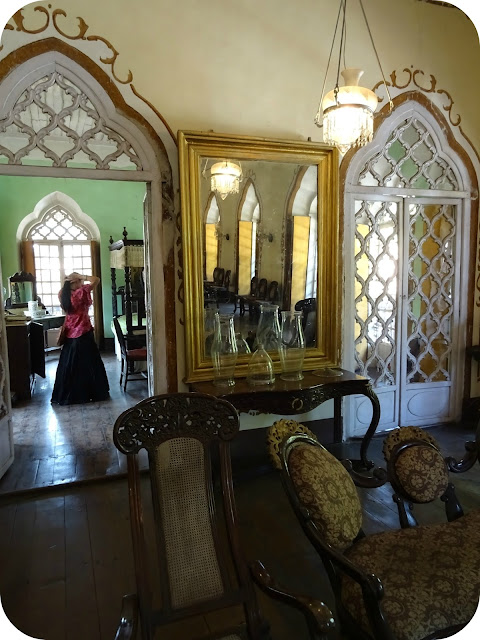 Who'd have thought it? Almost twenty years after we first visited Goa and there's still places we haven't seen. 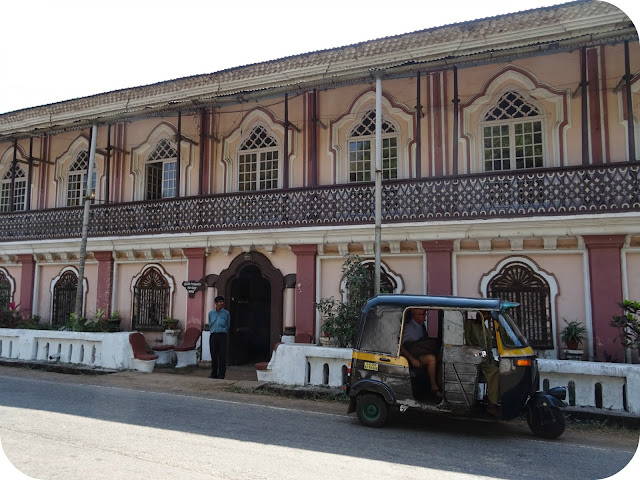 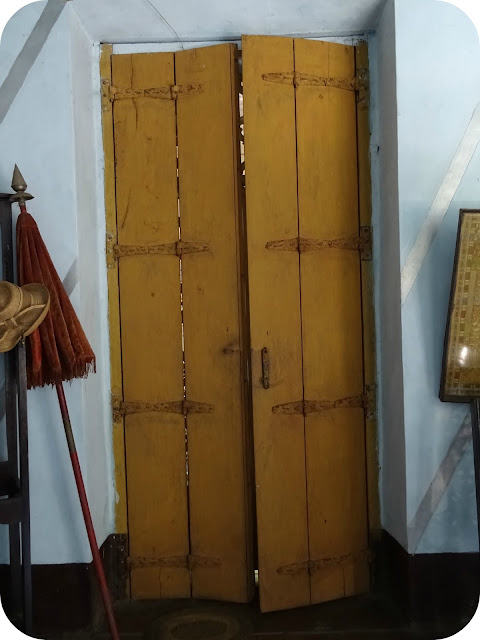 An air of charismatic decay hangs over Fernades House, built over 500 years ago and still home to the descendants of the original family. 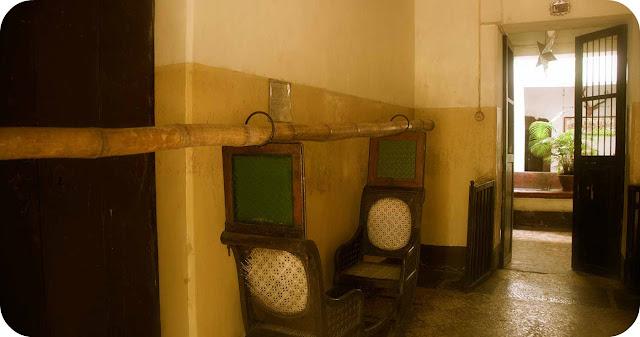 Open daily all year round, visitors simply turn up, ring the bell and, for an expected donation of around £1, a member of the family will give an informal guided tour. Sara Fernandes, at 85 years old the family matriarch, is the regular guide but sadly, when we visited, she was in bed with a cold, so her charming son, Rajeev, escorted both us and a couple from The Netherlands around instead. 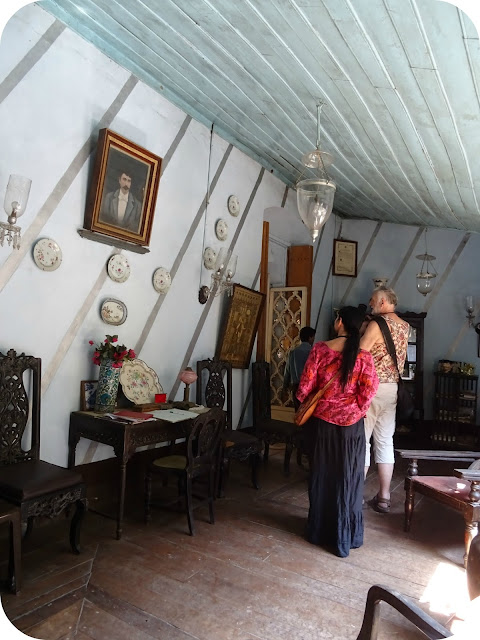 The Fernades Family were high class Brahmins but converted to Catholicism following the Portuguese Occupation and subsequent Inquisition. Rajeev showed us secret tunnels in the basement leading to the nearby river where the occupants could flee by boat to safety if the house ever came under attack. The bullet holes in the walls were evidence that it had been. 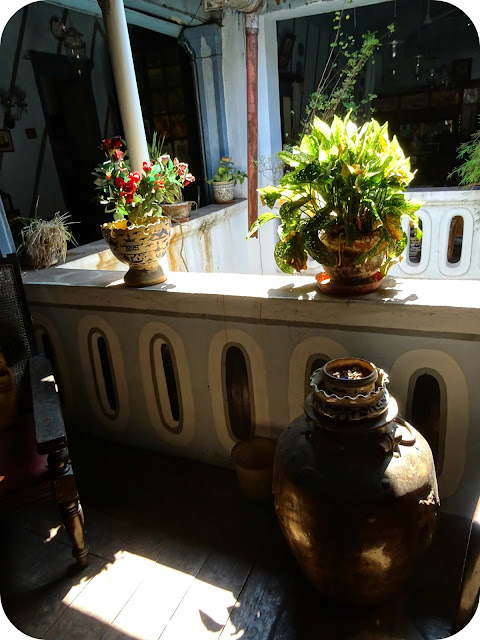 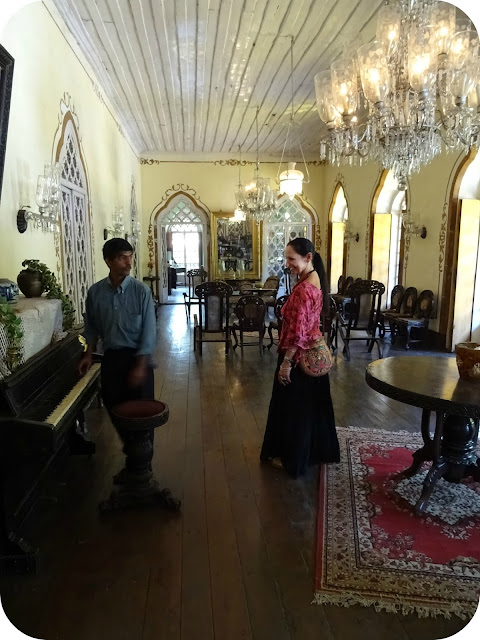 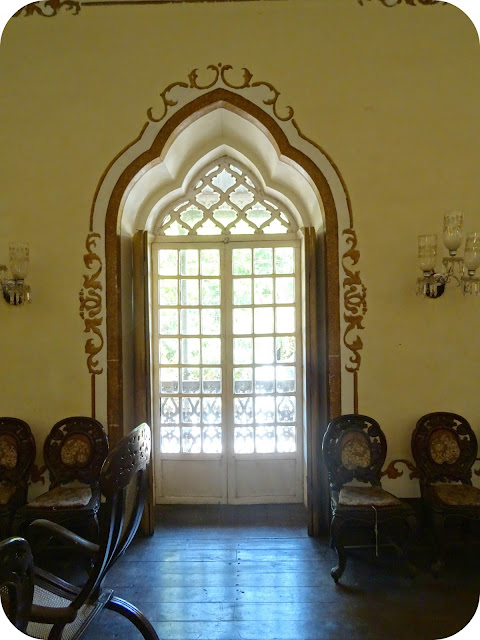 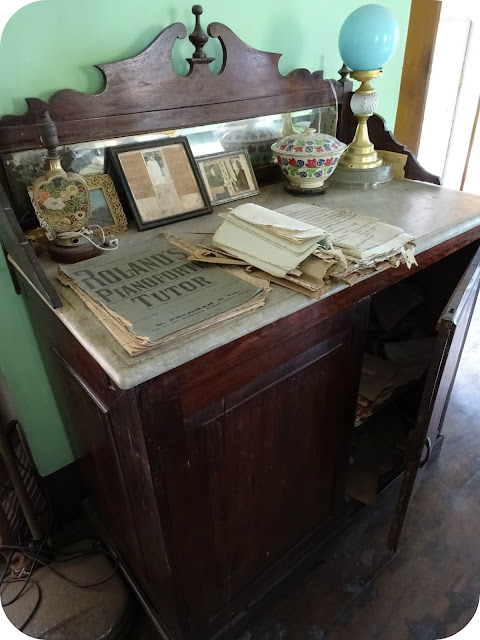 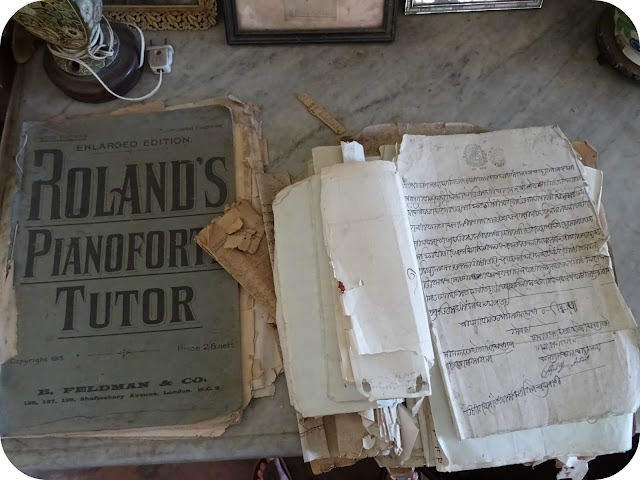 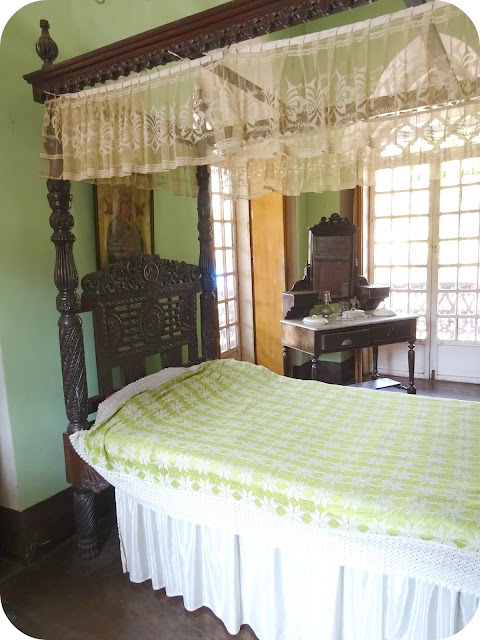 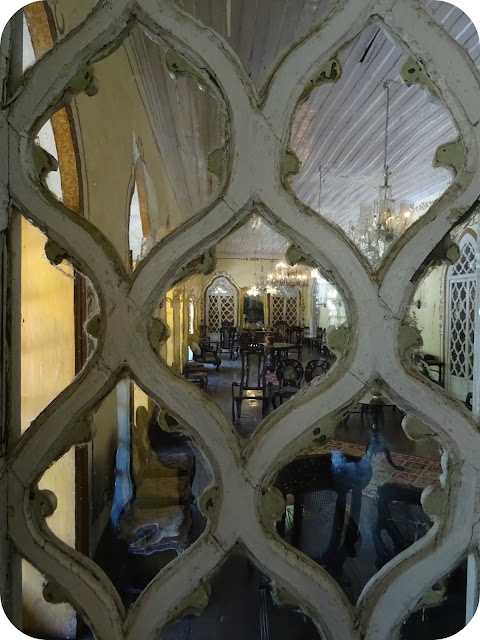 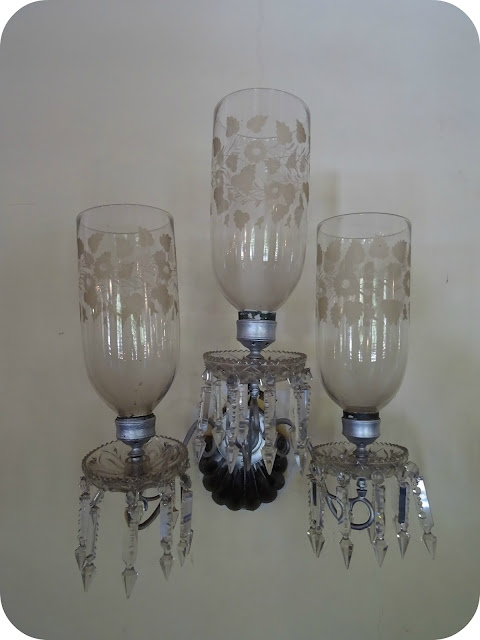 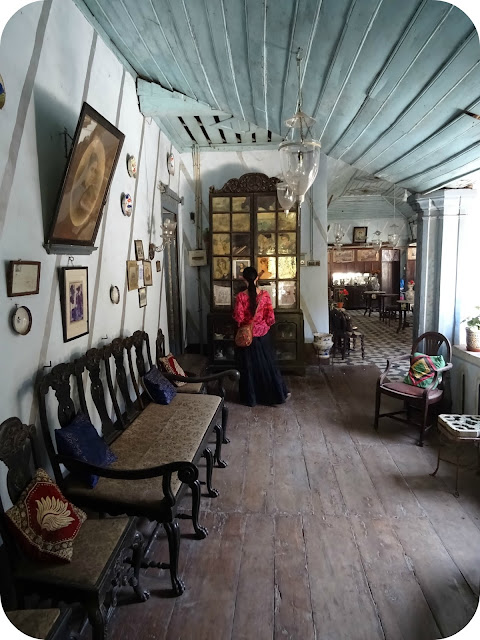 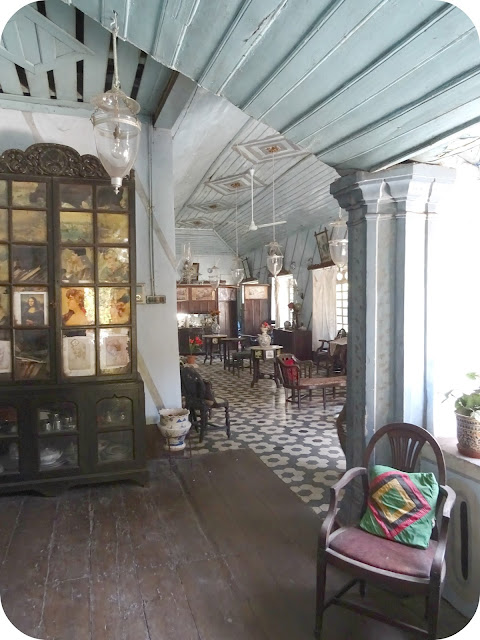 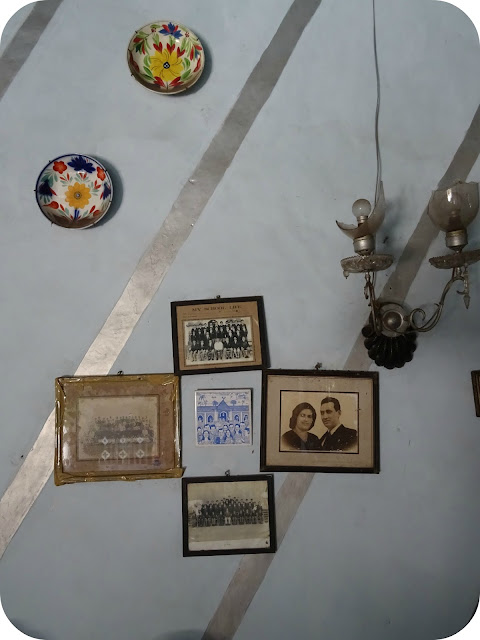 Yes, we were back in our beloved Goa. We'd landed at 2am couple of days previously, jumped in a taxi  which took us south to Benaulim and found a room (with hot water - a real luxury!) for around £6 a night. 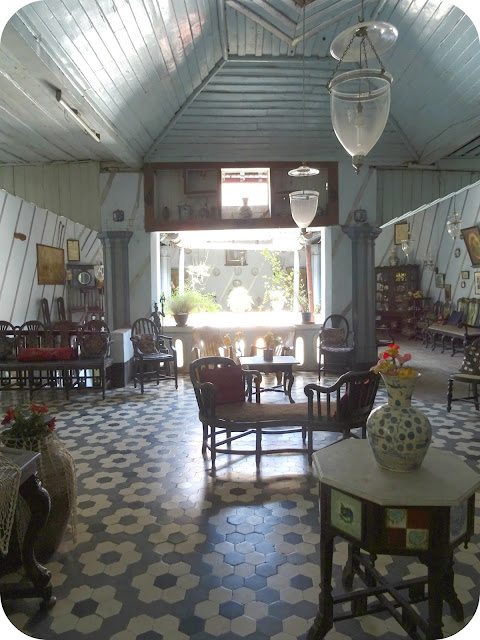 Over the next few days we fell into our Goa rhythm - an early walk along the beach, watching the fisherman hauling in their catch, spotting dolphins frolicking in the waves and avoiding stepping on sea snakes and jellyfish inadvertently caught up in the nets; gossiping with the locals over spicy pav bhaji & sweet masala chai; wandering the shady lanes of the village's fishing vaddos; buying freshly picked buttery finger bananas and super-sweet oranges by the bagful and heading to the beach to eat them; trying to cool off in sea as hot as a bath before watching the sun set over the Arabian sea; a tin mug of rum and Thums Up cola on the step after a shower; the magical hour after sunset - the wood smoke from the village fires, the yup-yup of the housewives calling the pigs, the raucous calls of the crows settling down for the night, the seven O'clock clank of the church bell and the murmur of families at prayer before dinner; a Kingfisher (or three) one big, two glasses so icy-cold that the label peels off and sticks to your hand; deciding where to eat dinner....on the beach or in the village; being spoilt for choice with vegetarian options....toofani, Hyderabadi, Kolapuri, vindaloo, xacuti, caldin, chili fry; a Gin and a vodka, one tonic, plenty ice. 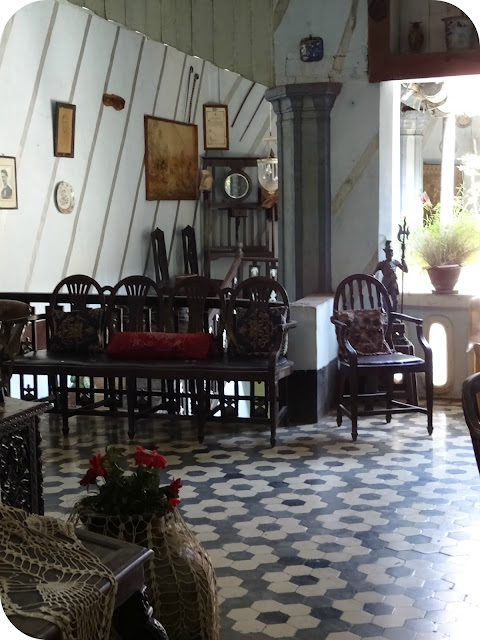 We could easily have kept to that same routine for the whole month but, as we've learnt over the years,  time whizzes by in a delicious blur and although we go home relaxed having had a wonderful time, it's the adventures and the travelling that make our India visits especially memorable. 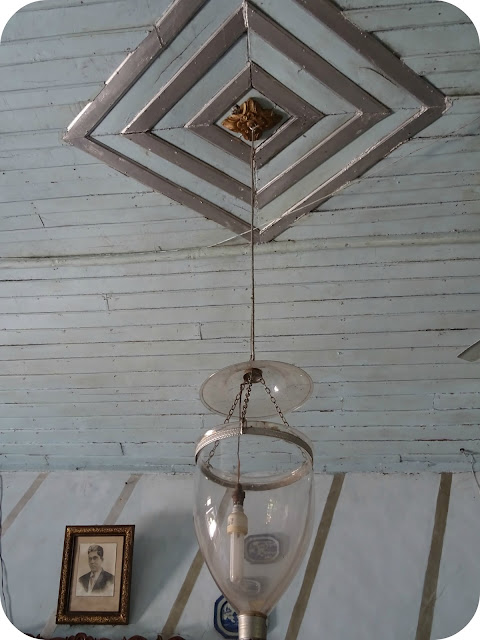 So, after five days living the beach life we packed our bags and headed to Madgaon Station....we had a train to catch. 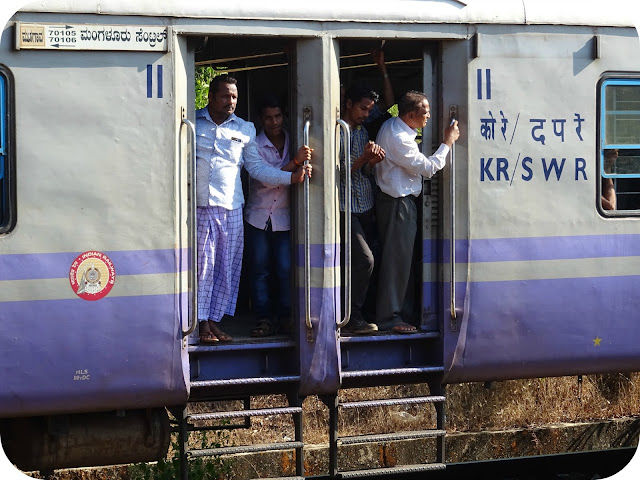 I'll be catching up with blogs, messages and emails over the next few days - a welcome diversion from the jet lag.