Walking In A Winter Wonderland 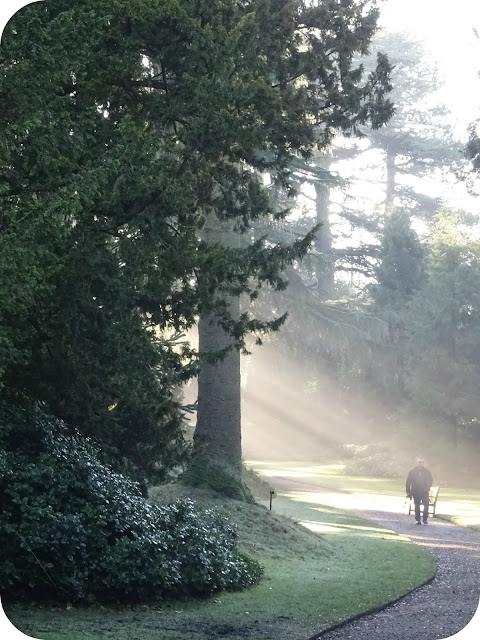 It's the middle of winter, there's two inches of ice underfoot and it's zero degrees centigrade. I know, let's go and visit a garden.

Don't worry, I haven't taken leave of my senses. This is Biddulph Grange and no ordinary suburban garden. To be honest, who wouldn't be intrigued after reading Behind a gloomy Victorian shrubbery there's a gloomy Victorian mansion, but behind that lurks one of the most extraordinary gardens in Britain...it contains whole continents, including China and Ancient Egypt – not to mention Italian terraces and a Scottish glen? 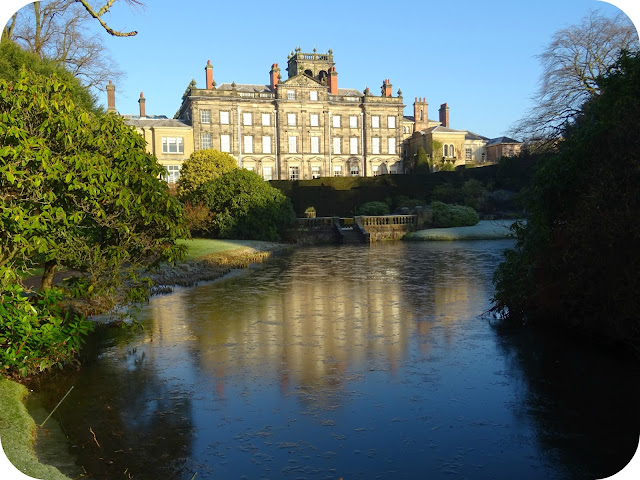 Biddulph Grange was home to James Bateman (1811 - 1897), the son of a rich industrialist. Bateman moved into the once modest rectory with his wife, Maria, in 1840 and used his wealth to enlarge the house and to purchase specimens bought back from the great Victorian plant-hunters. Assisted by his friend, Edward Cook, an artist, keen designer and son to the owner of one of the largest plant nurseries of the day, together they set about creating a garden worthy of his collection. 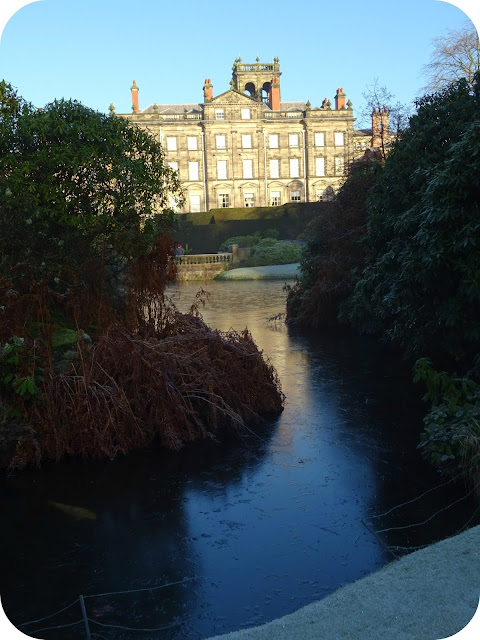 The house was rebuilt after the original burned down in 1896. From 1923 until 1991 it was used as a hospital, originally called the North Staffordshire Cripple's Hospital (not very PC), renamed The Biddulph Grange Orthopaedic Hospital in later years. Over time the gardens fell into disrepair and were taken over by the National Trust in 1988. The house remains privately owned.

Midwinter it might be but there's nothing bleak about Biddulph Grange. Even on a day like today,  blighted by freezing fog and biting cold, it's still bloody gorgeous. 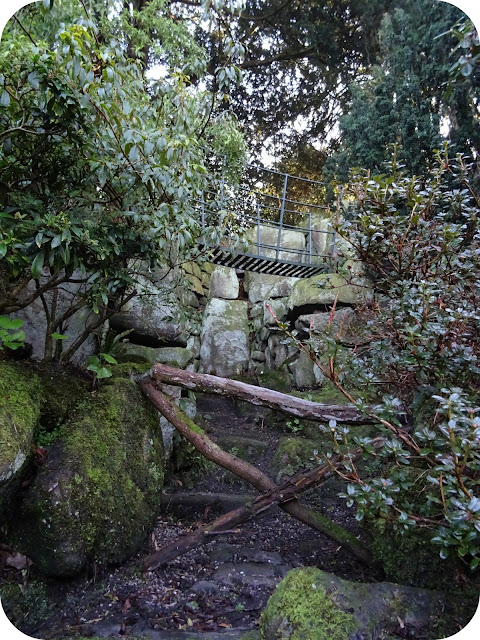 Colour, texture and interest wherever you look. 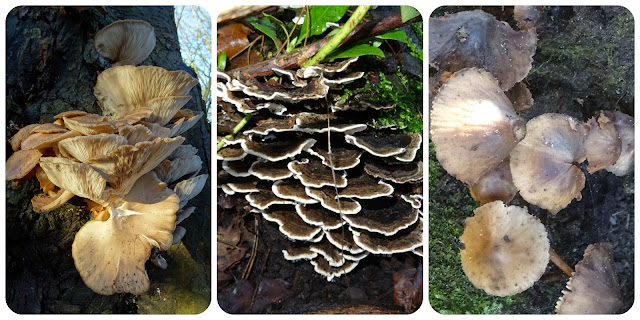 Hidden away down well-worn stone steps and secret tunnels lurk a world of secret gardens.

Travel to Italy to meander down neat avenues, admire the topiary and the marvelously ornate planters. 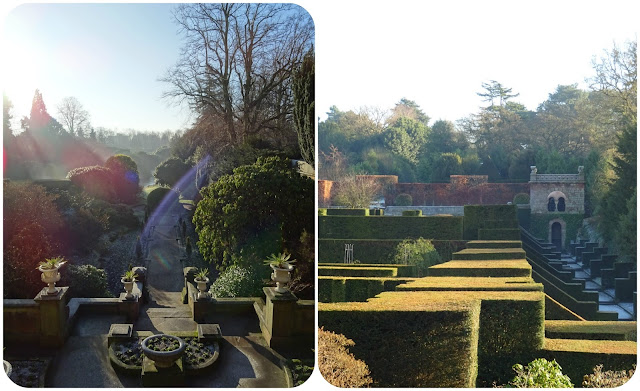 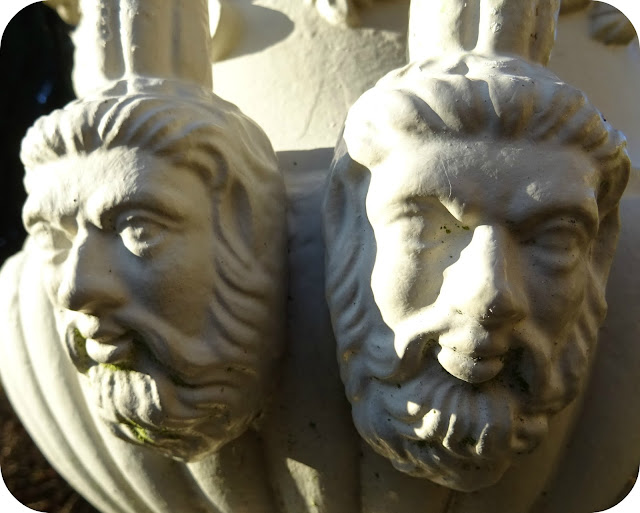 Visit China where gaudy pagodas and golden icons are reflected in the frozen lake,


Climb tiny steps cut into the rockery, ring the brass temple bells and watch the sunlight streaming through the trees.

Wonder at the weirdness of Britain's first stumpery - an almost lunar landscape created from felled oaks. 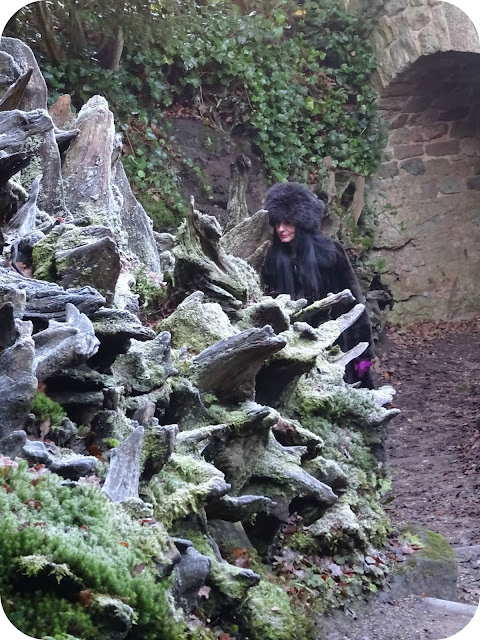 Explore an Egyptian pyramid, cut from privet and flanked by a pair of handsome sphinxes. 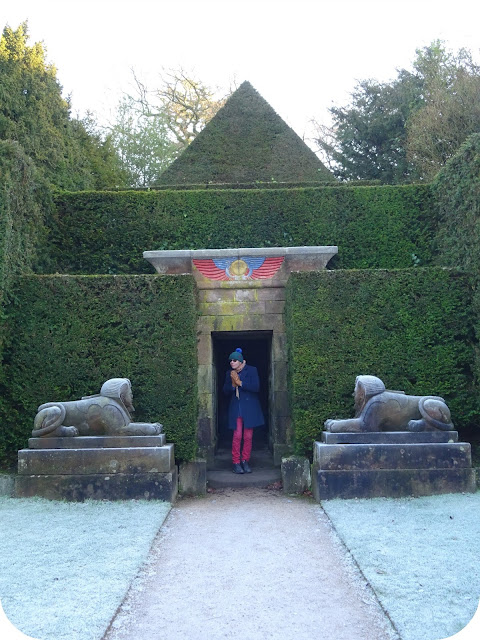 In summer, with its famed Dahlia walk, banks of Rhododendrons and Wellingtonias (whatever they might be) and, apparently, the oldest golden larch in Britain, Biddulph Grange must be beautiful but there's something hauntingly lovely about it in winter (and having the place almost to ourselves was pretty special.) 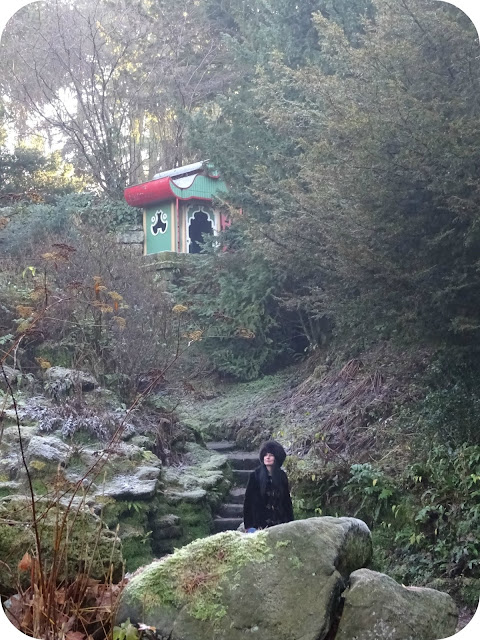 I turned my PC off on Xmas Eve and, not owning a Smartphone, I've been off-line for almost a week. The only TV we've watched has been films we've downloaded & DVDs and our news has been via Radio 6Music. We've caught up with friends, tidied the garden and tackled some DIY. I've sewed like a demon & cleared the pond and Jon's mended the van & reupholstered the bed. Thank goodness we're going on holiday soon, we need a rest!