Packwood - A House To Dream Of, A Garden To Dream In 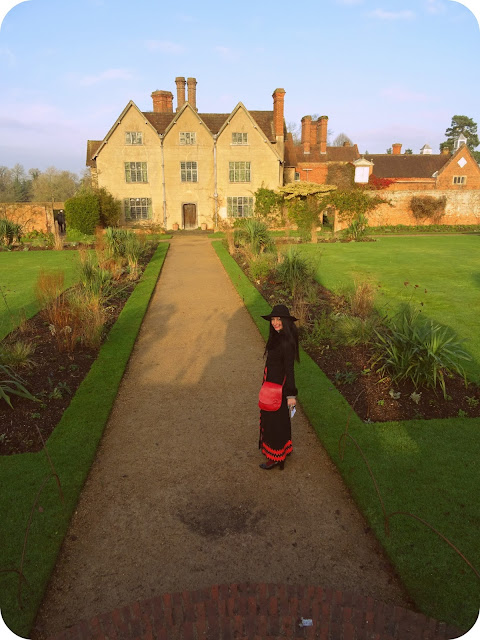 When asked why in 1904, Alfred Ash, a Birmingham businessman and confirmed city dweller had, somewhat impulsively, bought the 134 acre Packwood Estate in rural Warwickshire at auction he replied, I bought it because the boy wanted it. 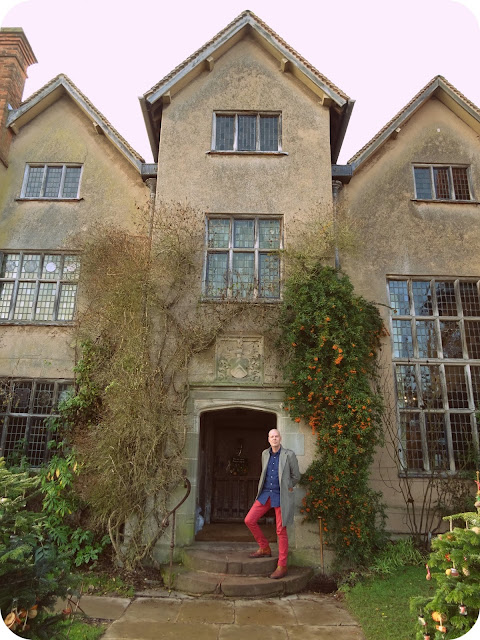 The boy was his beloved 16-year-old only son, Graham Baron Ash. Baron, as he preferred to be called, was said to be both reserved & courageous with a party-loving generosity. His work with the family firm, which he never much cared for, came to a halt at the outbreak of the First World War when he volunteered for the medical corps. Before joining up he travelled to, amongst other places, Burma, India and Egypt, where he recorded his encounters with the people he met. In his diary he writes of bribing a priest in China to order to acquire an ancient roof tile. This, it is said, was when a lifetime of haggling over antiques begun.


Determined never to go back into the family business after leaving the army, Baron dedicated the rest of his life to restoring Packwood House, stripping back the lavish Victorian interior, considered at that time to be hopelessly outdated, and restoring the house to reflect its original Tudor heritage. 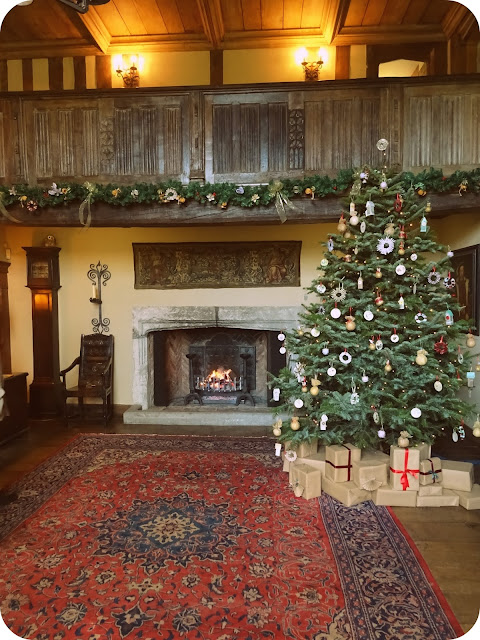 Years ahead of his time, Baron set about acquiring architectural salvage from demolished historical buildings and hunting down antique textiles, furniture and artifacts from around the world to furnish his dream country house. There were some modern comforts included, this was, after all, a young man's party pad and so en-suite bathrooms and a sprung dance floor were added to make 16th Century Packwood House the ultimate in Jazz Age party venues. 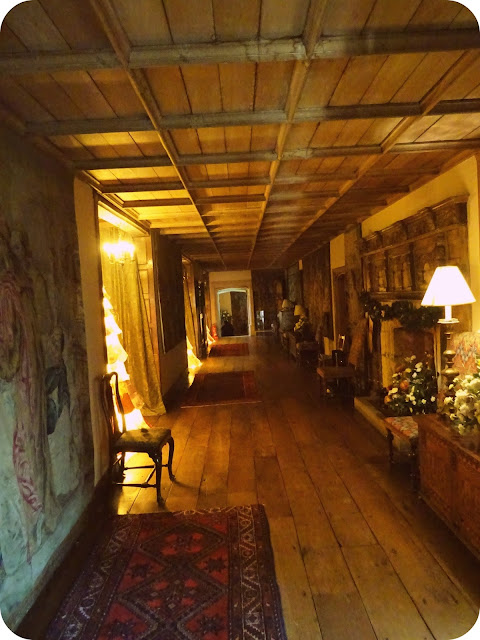 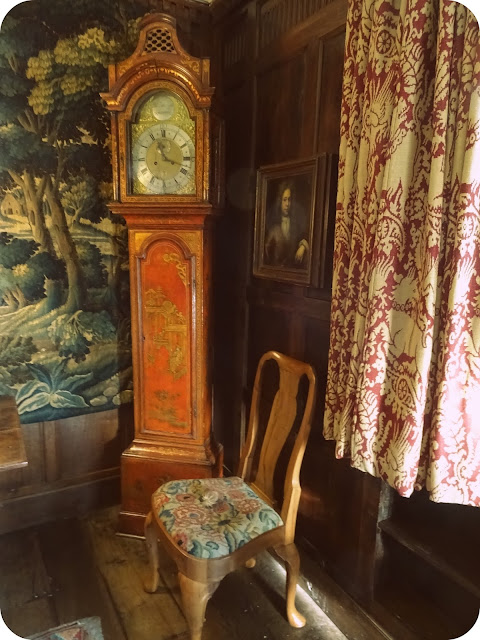 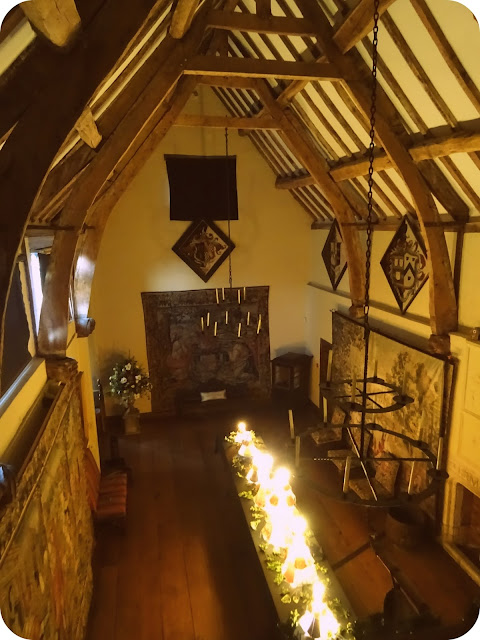 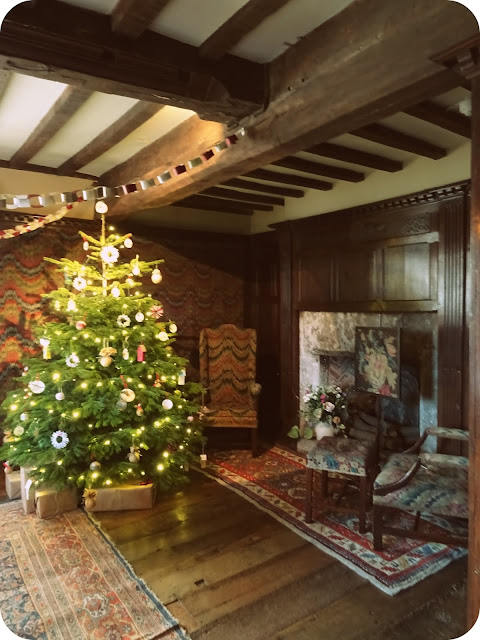 Each window, updated by the Victorian residents, were replaced by salvaged, period perfect Tudor originals, some from as far afield as Belgium. 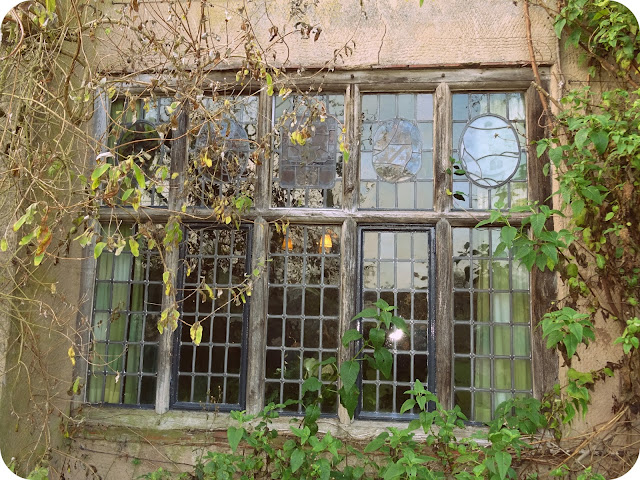 Sadly the render, applied in Georgian times when the original Tudor brickwork was considered to be old fashioned, could not be removed without damaging the exterior. 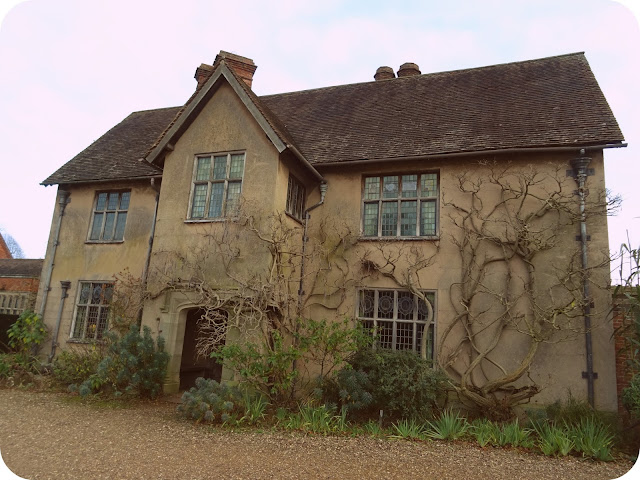 As you can see we took advantage of our National Trust membership by visiting Packwood today. I seriously fell for the glorious antique textiles (Jacobean tapestries, Turkish rugs, Tudor wall hangings and decadent woven curtains resplendent with unicorns and all manner of mythical beasts) Baron had spent decades hunting down. 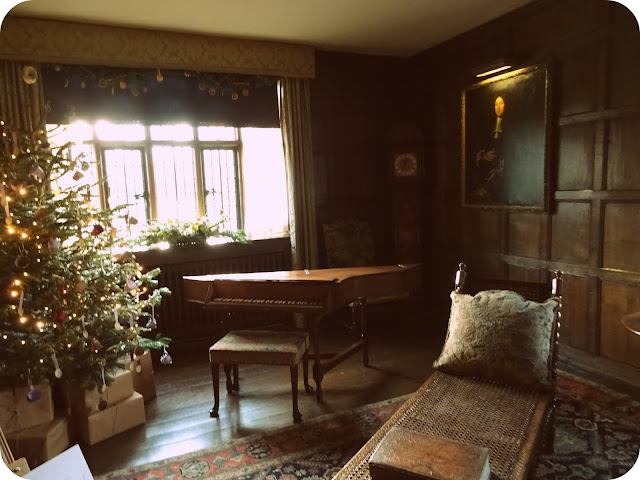 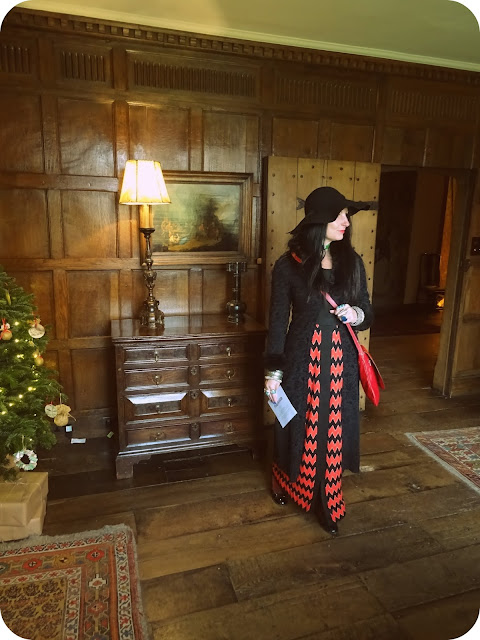 In keeping with his love of textiles, rather than quotes on Baron Ash presented on the usual paper labels, they were cleverly embroidered on napkins and cushions instead. 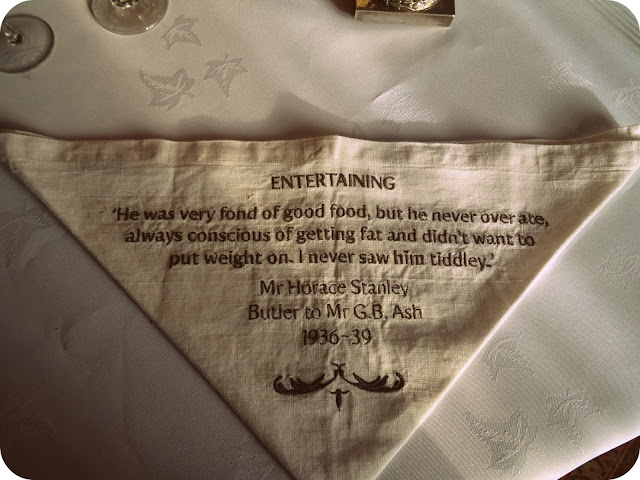 Despite it being the depths of winter the gardens remain gorgeous with all manner of interesting artifacts scattered about. 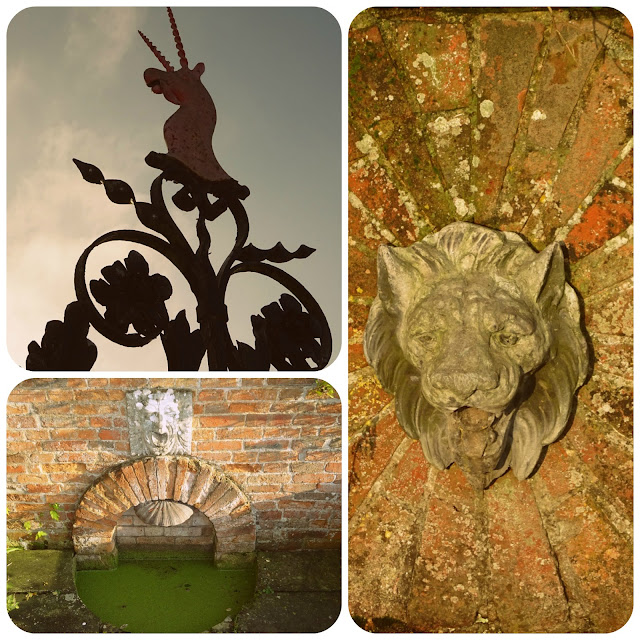 Like Powis Castle, Packwood also had some deliciously clipped yews. 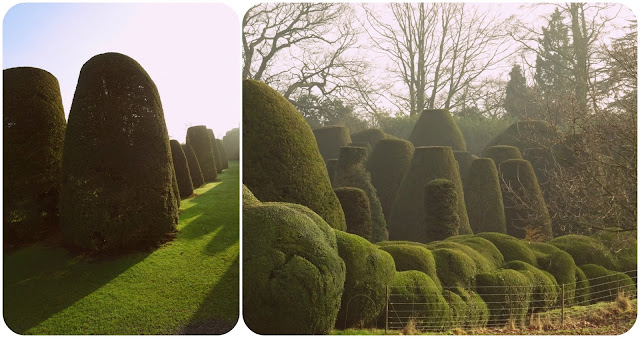 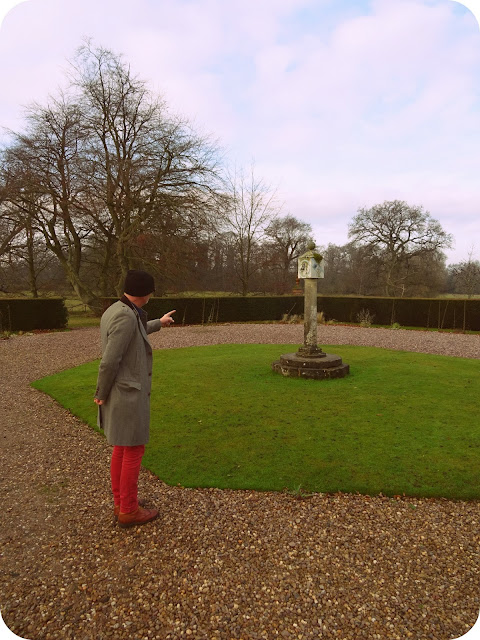 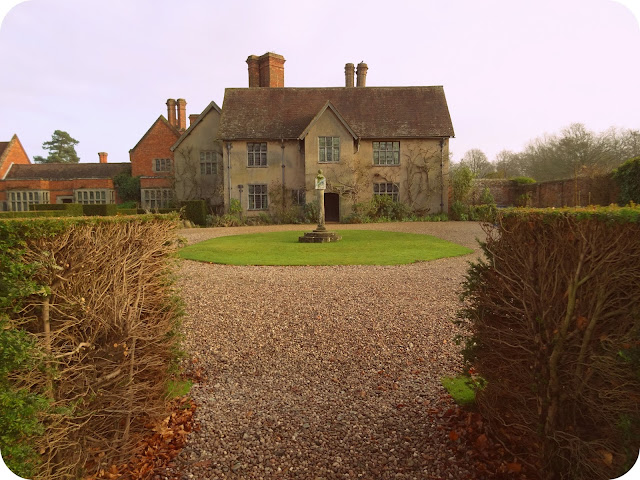 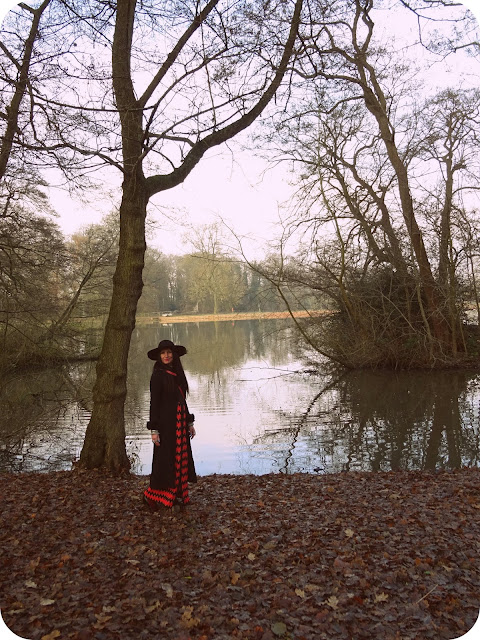 In the spring this area becomes a bluebell wood so I think we'll have to come back and see in all its glory. 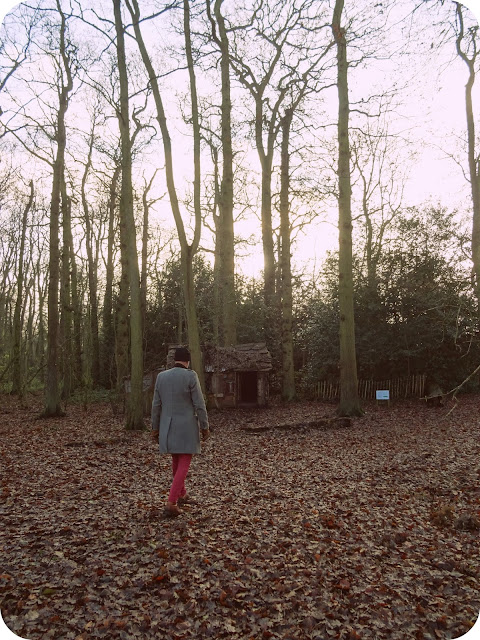 These contemporary follies, created by Manchester artist Hilary Jack, are a nod to Baron's series of follies where he hosted entertainment and plays in structures scattered throughout the garden. Jon is standing by one inspired by a note left in the 1930's visitors book  A house to dream of, a garden to dream in a giant, grass lined four poster bed carved from a felled oak. 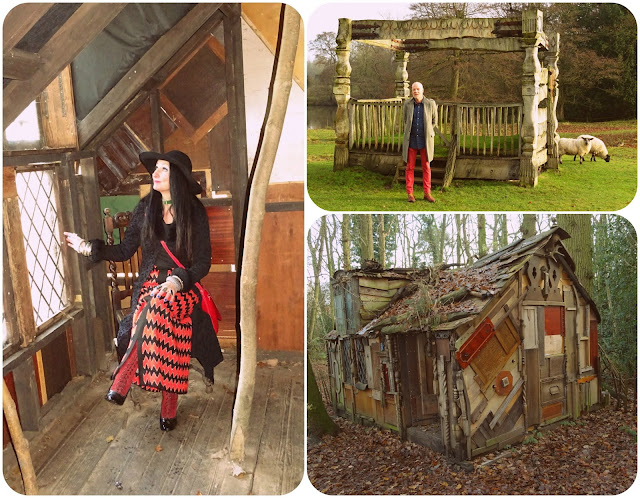 I'm sitting in the Inside Out House, made from old doors and no doubt inspired by Baron's love of recycled materials.


This dinky little garden shelter, complete with blankets to keep party-goers cosy is lined with photographs & extracts from a 1922 edition of Country Life, back when Packwood House was featured in the magazine. 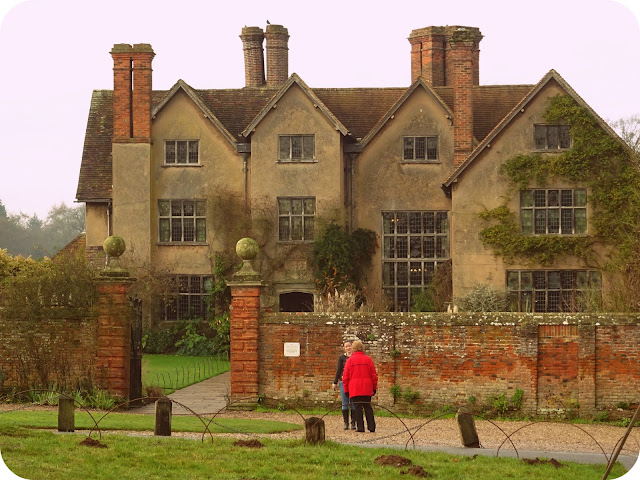 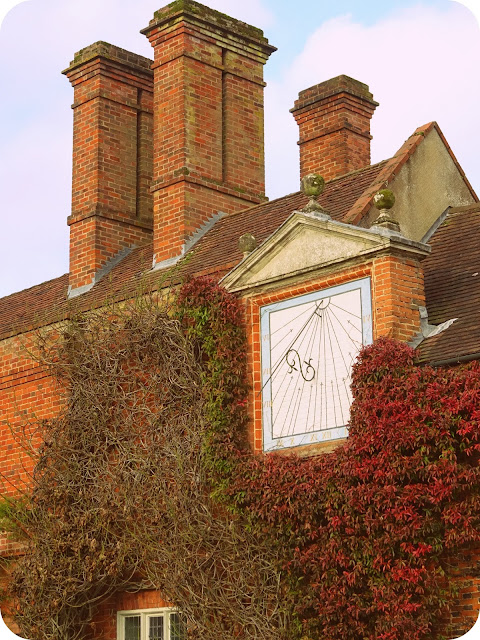 Where to next? There's so many fabulous heritage houses & gardens nearby that we're almost spoilt for choice. At £8.70 a month for the pair of us we're already getting our money's worth.

Have a fabulous weekend!

Linking to Patti & the gang for Visible Monday.
Posted by Vix at Friday, December 16, 2016