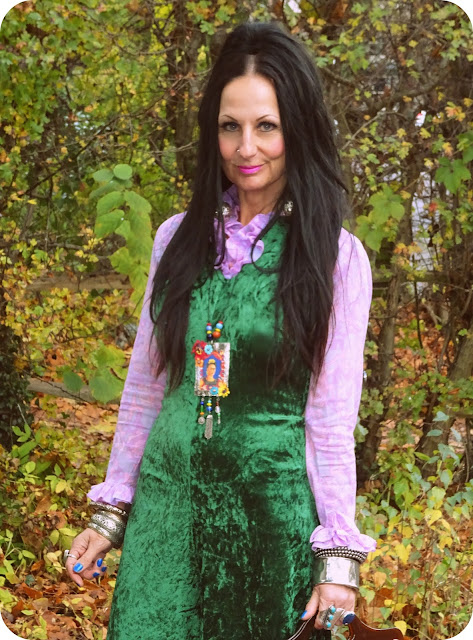 Other than an all-day session in 'Spoons on Monday I haven't really done a fat lot this week but I did manage to squeeze a quick tour of the Walsall chazzas before hitting the pub and found this velvet beauty for less than the price of a round of drinks. 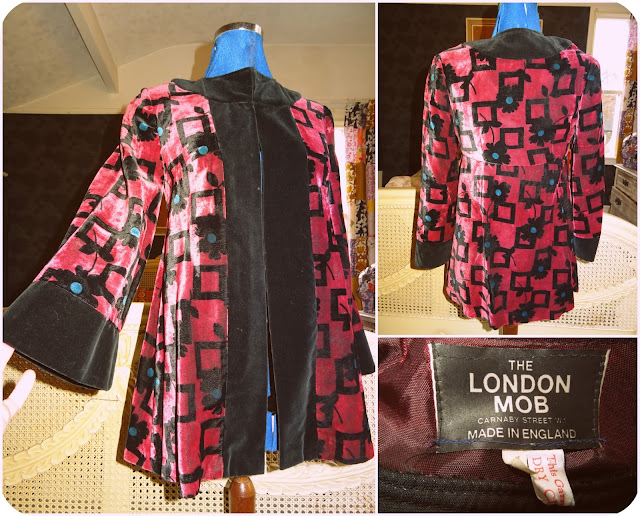 The London Mob was part of the British Boutique scene in the late 1960s. There doesn't seem much of it about but if all the designs are as fabulous as this jacket I can understand why people hold on to them.

The reason for my imposed house arrest? Other than it's been absolutely freezing and utterly miserable,  Jon's been in the workshop rebuilding an engine so I've been waiting in for deliveries of car parts as his project, a 1977 Volkswagen, is well underway. He's had it for 7 years (and I've yet to see it for real) after spotting it rusting away in a hangar on a RAF base he had to collect an eBay purchase from. An airman had found it abandoned in France and towed it back home never finding time to restore it. It's a left-hand drive and Dutch registered. Once Wolfsburg send us her birth certificate along with her original registration plate we'll be able to name her appropriately.  This means that poor old Gilbert will have to be sold next year. 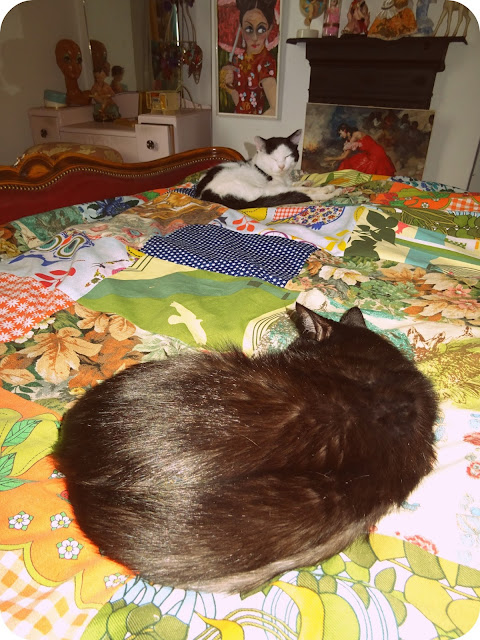 In cat news Frank has pretty much moved in. On Monday night he slept on the bed with us and there he's stayed for pretty much the whole week. He's obviously a fan of patchwork! It was sleeting the other night so, cool as a cucumber, he trotted into the utility room and used the litter tray. It's the vets next week (but don't tell him!)


Yesterday, rather than waste energy venting on social media, I channeled my dismay (so sorry, America) into doing something constructive and made a crushed velvet culotte dress using the fabric I mentioned I was planning to buy from the market on Monday. There were loads of other colours to chose from and after a lot of dithering between aubergine, chartreuse and turquoise I went for the emerald green. 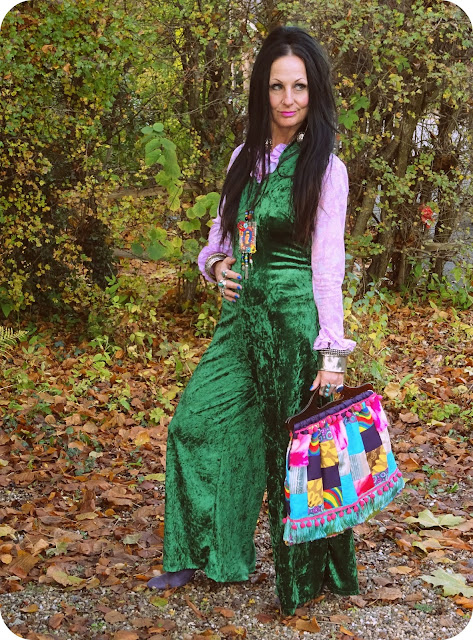 I quite like it with nothing underneath (a bit Studio 54) but the plan was to make something to wear with my vintage blouses and funky tops over winter. Here's my trusty 1960s St Michael ruffled shirt, from back in the day when Marks & Spencer wasn't an elasticated waist, greige acrylic frumpfest.


The parcels have been signed for and I'm off to the corner shop for cola. It's the Apprentice tonight (the British version, mercifully Trump-free) and that means rum! We're back to business this weekend and we'll be at Vintage Village at Stockport Market Hall this Sunday (see HERE). Come and say hello if you're around.