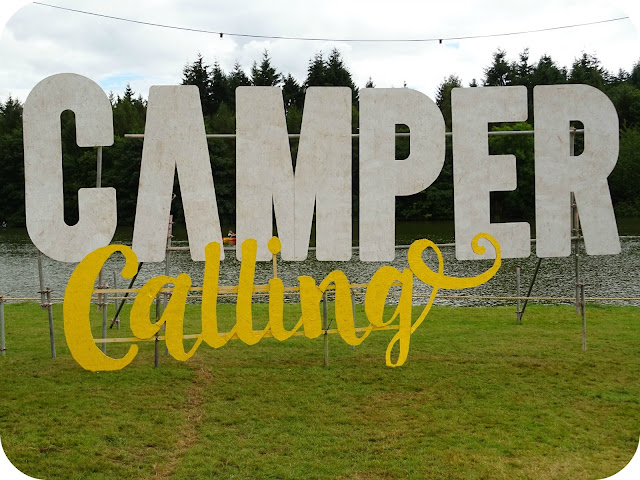 In a move which could hardly be considered financially astute I booked to trade at Camper Calling simply because I wanted to see ABC headlining. If I was a candidate on The Apprentice my business acumen would probably reduce Sir Alan to tears. 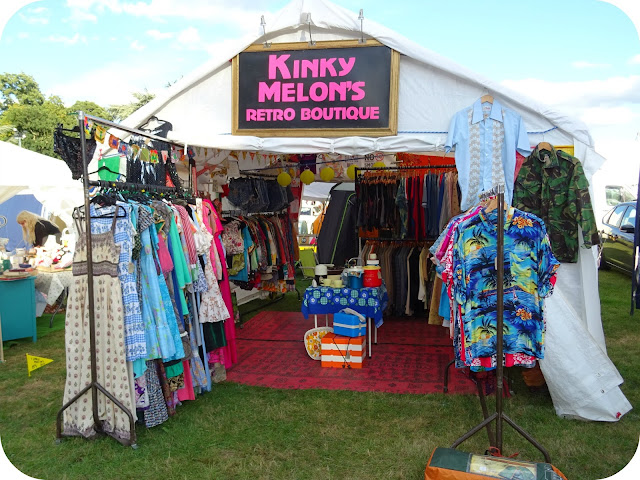 It wasn't just 1980s legends ABC that had sold Camper Calling to us, Dodgy, The Hoosiers and The Magic Numbers were also appearing on the bill. The organisers (the people behind CamperJam) had assured us that the toilets would be plentiful and spotlessly clean (which they were) and that this first time event was going to have more of a music festival vibe than the usual feel of a V Dub show. 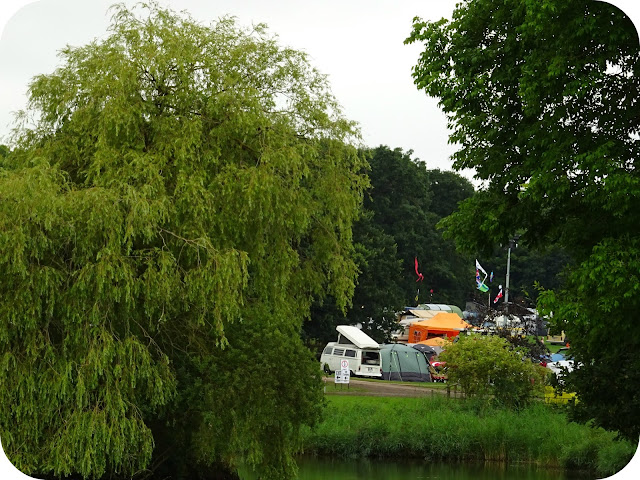 With the rain beating down and Gilbert stuffed to the roof with vintage stock we headed to the Paladian gloriousness of Ragley Hall in Warwickshire, set up shop, cracked open a can and prayed that the weather would clear up in time for the festival's official opening. 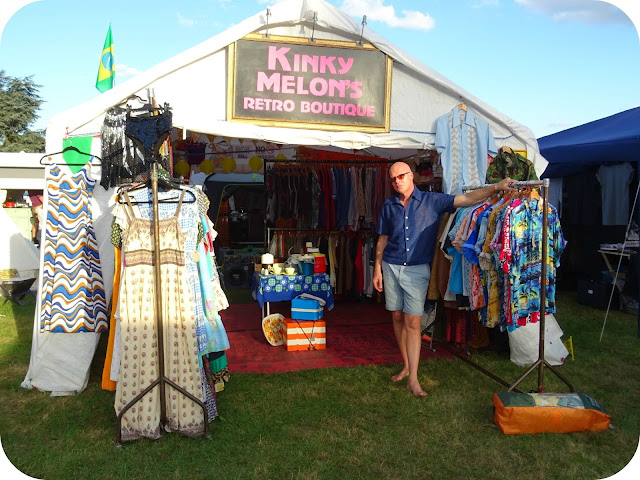 For once the Beeb had got their weather forecast spot on. Friday was glorious. We basked in the sunshine, hung out with other stallholders who, like us, had traded at CamperJam for years, but due to the size had never managed to chat properly. 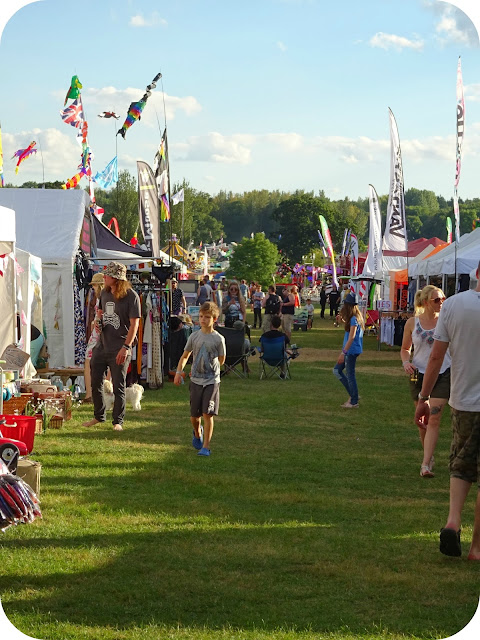 For a change there was no night time trading so, after tea, we shut the shop and headed to the main stage to watch Midlands band Dodgy who, virtually unrecognisable from how they looked at their peak in the early 1990s, were on top form. 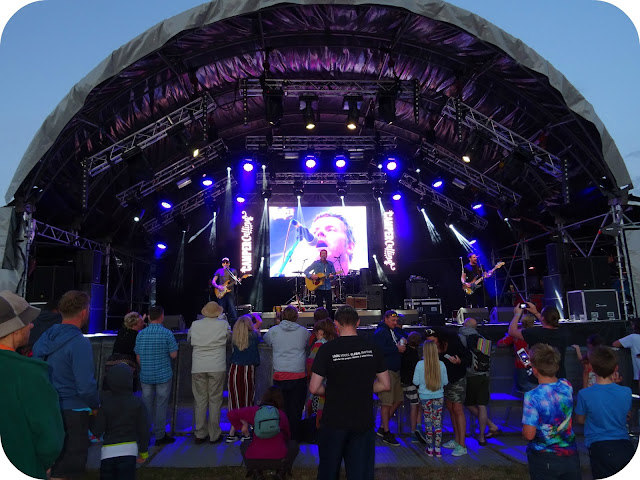 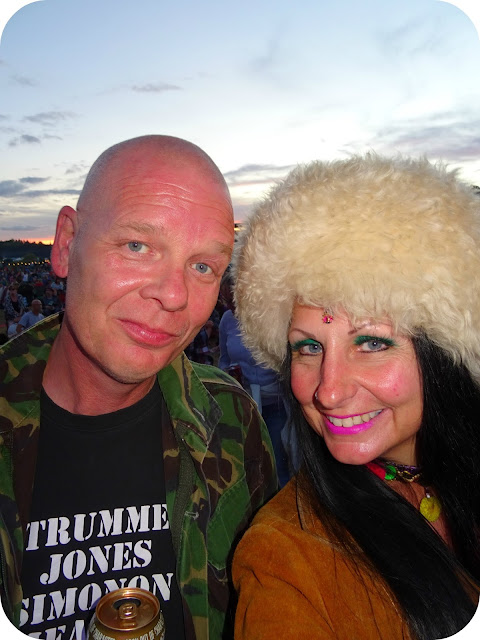 The Camper Calling crowd were pretty laid back, preferring to watch from the comfort of their camping chairs and blankets.... 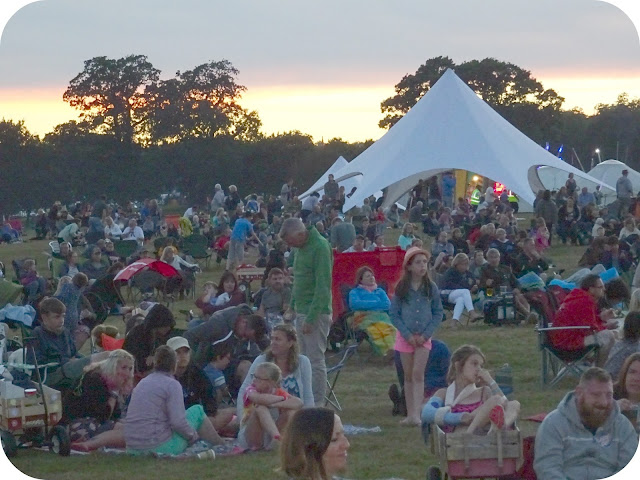 Meaning that us and our mates, Claire, Gareth and their son Caleb of Voodoo Street, were able to watch the The Magic Numbers' set up close and personal. 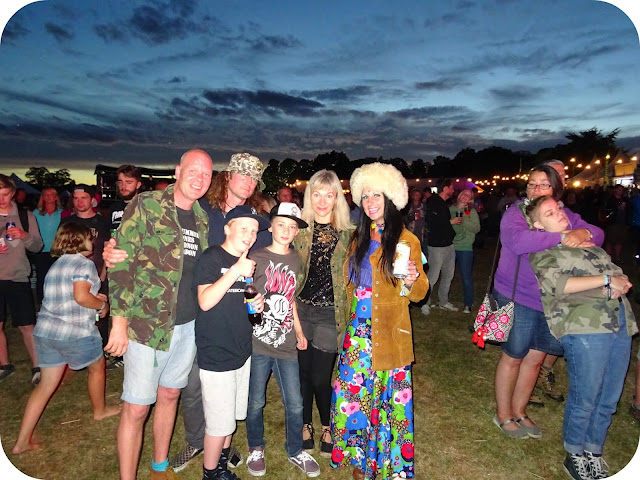 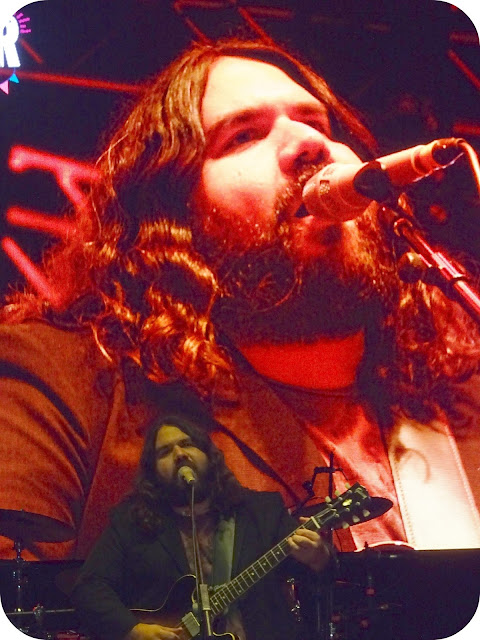 Their set was beautiful, pitch perfect and wonderfully harmonious. 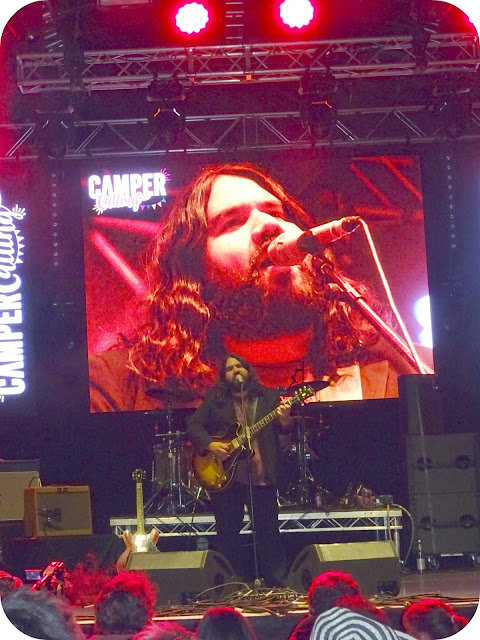 Saturday started off okay but the blue skies rapidly were replaced with torrential rain, thunder and lightning. Whilst the weather wasn't great for business it gave Claire and I a chance to rummage through our rails and plan our evening outfits. The weather did eventually cheer up and business was fairly brisk so we didn't feel too bad about closing at 7pm (an unknown for us, we're usually the last stall to shut.) 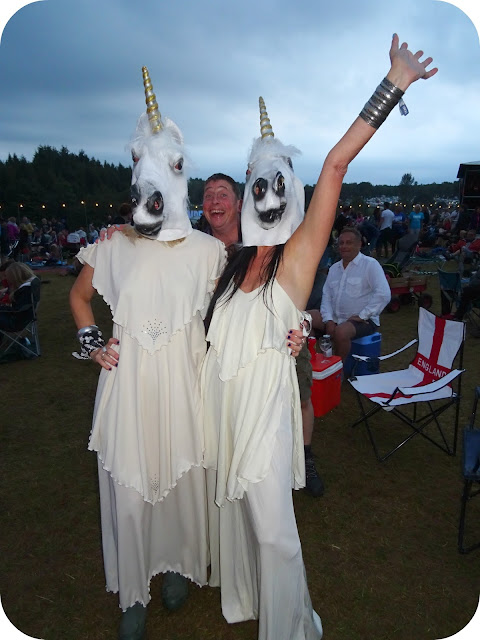 Yes, our outfits of choice were disco unicorns which caused quite a stir. 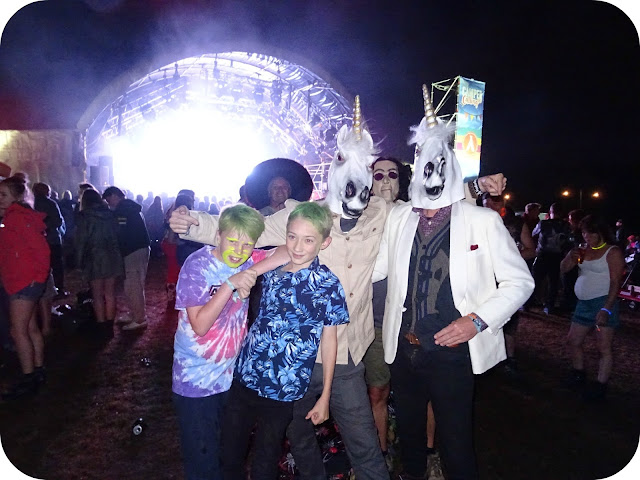 Is that an Ozzy Osborne photobomb?

The Hoosiers - once renowned for their on-stage animal costumes - never batted an eyelid at us going wild in the mosh pit to Worried About Ray.

Next up were headliners ABC and even without the infamous gold lame suit Martin Fry was looking damned fine at 58 years of age and with a brand new hip replacement (a man after my own heart!) 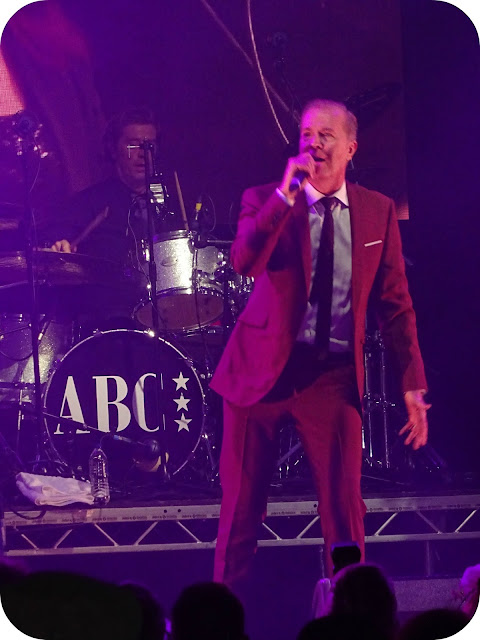 Jon recognised the first note of one of his favourite ABC hits and switched the camera on to record. Just listen to what happens next.....

We were giddy with excitement, not only did we get a mention but Martin Fry dedicated Poison Arrow, my favourite ABC song, to us and Jon caught it all on camera! I'll be banging on about that for years. 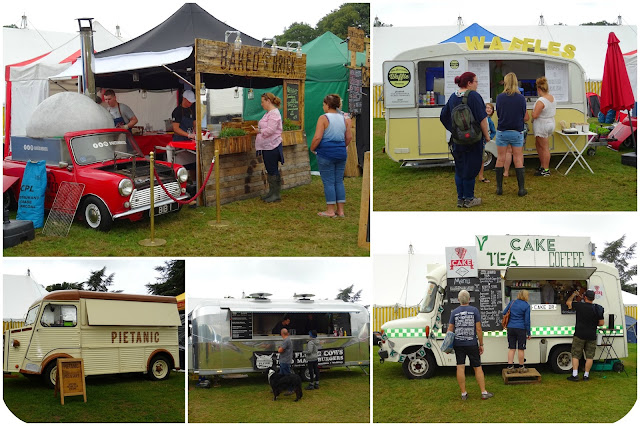 Sunday, traditionally a slow day for sales, remained just that....slow but, still on a high, all I kept thinking about was how, only a few hours previously, we'd gone out dressed as unicorns, Martin Fry sang to us and it wasn't even a dream.

Choosing to trade at an event just because I liked the bands wasn't too bad a decision in the end. Although we didn't break any sales records we were more than happy with our takings and MARTIN FRY FROM ABC SANG POISON ARROW TO US.....I might not win any awards for businesswoman of the year but we had the time of our lives and you really ask for better than that, can you? 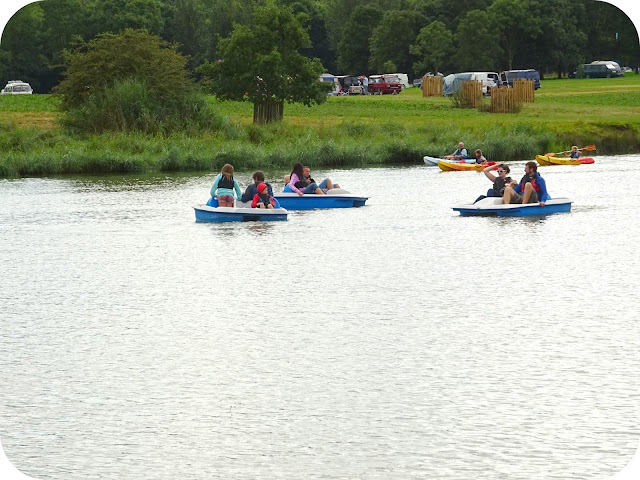 We got home on Sunday night, set the alarm early to hit the Bank Holiday boot sales and spent five hours hunting for replacement stock, leaving Gilbert packed, blissfully thinking that we'd got a couple of days until The End Of The Road - that is until I checked my emails before bed last night and realised that we've got to be on-site at the other end of the country tomorrow. Gawd help us!


You can read Claire's version of events on Voodoo Street's blog HERE.
Linking to Patti & the gang for Visible Monday ,  Natalia's Rock That Vintage and Judith's Hat Attack #38

PS Here's another ABC clip Jon managed to capture. My friend A-M Ellilä (and fellow ABC fan) might enjoy this!