Isn't the internet great? Lounging in the sunshine, watching the laundry on the line fluttering in the breeze, I decided that I needed a couple of off-the-shoulder tops to wear with my freshly washed maxi skirts. A normal person might have gone and ordered one on-line for next day delivery but, me, normal? Never! Instead I went inside, typed "How To Make A Gypsy Top" into Google and up came a blog with a tutorial so I could sew my own. 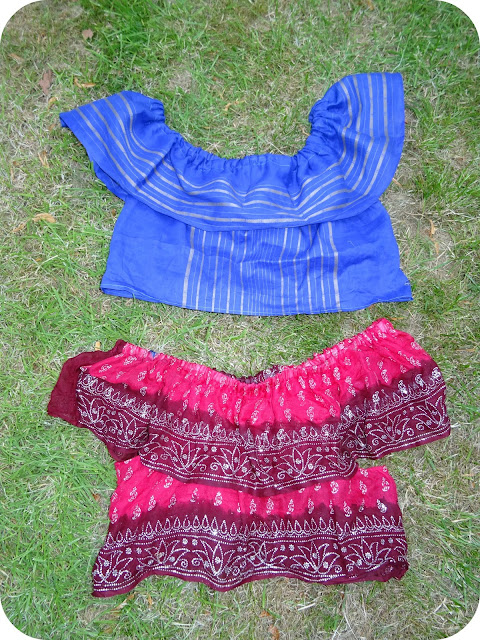 Here's the blog post I followed. The tutorial was for a dress but it was easy enough to make it shorter. As I was using a couple of Indian scarves and they were already hemmed, I cut my pattern pieces so the pre-existing hems could be used as the hems on the new garments, which saved both time and effort, always a bonus! The instructions advised measuring above the bust and adding a couple of extra inches for the seam allowance but, after I'd cut it out and tacked both sides together it was far too wide (probably fine for a cool Summer dress), so I shaved off 5" on each piece resulting in a loose, but not baggy, fit. 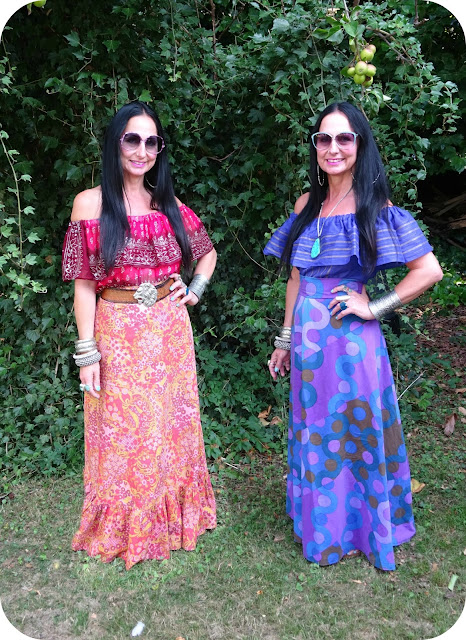 If I'd gone on-line I would have had to have spent around £30 for one, mass produced, off-the-shoulder top but instead I got two for 33p. The blue & gold scarf was salvaged from a "3 for a £1" bin in a charity shop clearance bin and the embossed silk one came from a friend. I already had elastic and thread in my stash.  Cheap as chips! Linking to Patti and the gang for Visible Monday.

Talking of bargains we've been to two car boot sales this week. The sunshine brought out loads of traders but, with it being the school holidays, the buyers were very thin on the ground so we had our pick of cool stuff. Wanna see? 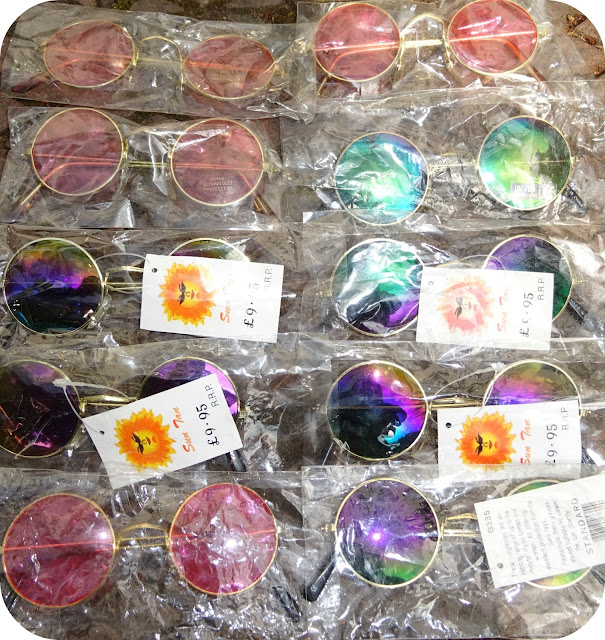 A job lot of 1990s sunglasses - didn't we all hanker for these after seeing Gary Oldman in Dracula? I know I did. All the cool kids are wearing them at the moment so we'll be taking these to our next festival. 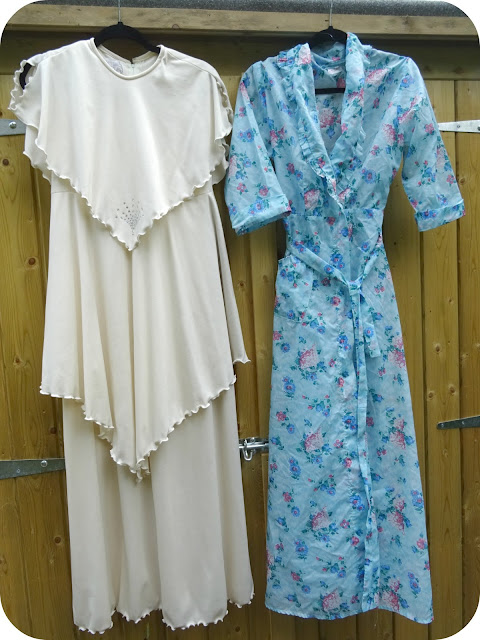 A cream 1970s handkerchief hem maxi by Jon Charles and a 1950s nylon housecoat by Wonda-War. 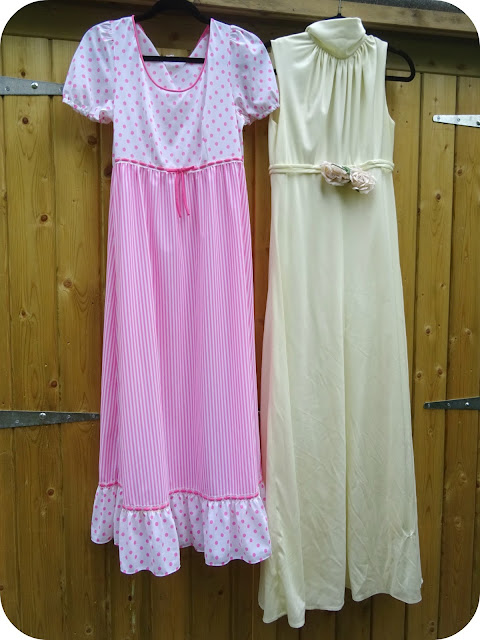 A super groovy nightie (which I'd wear as a dress) and a slinky, flower trimmed backless maxi by Donerica of London. 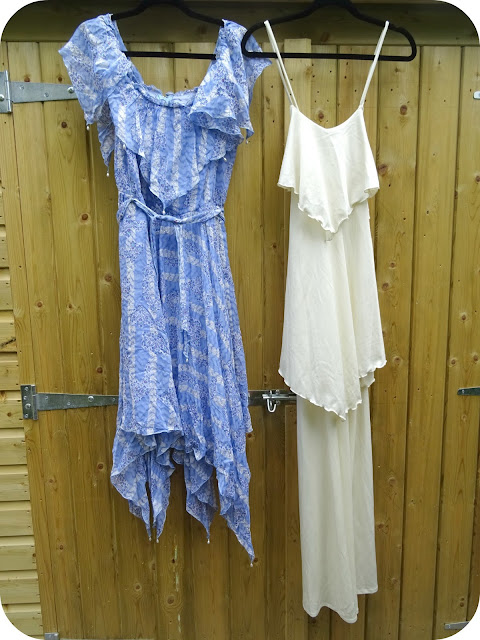 A strappy Mr Darren maxi which the seller described as something out of Saturday Night Fever and a  pretty handkerchief hem evening dress by Ronald Joyce which, after trying it on, I've decided to keep it! 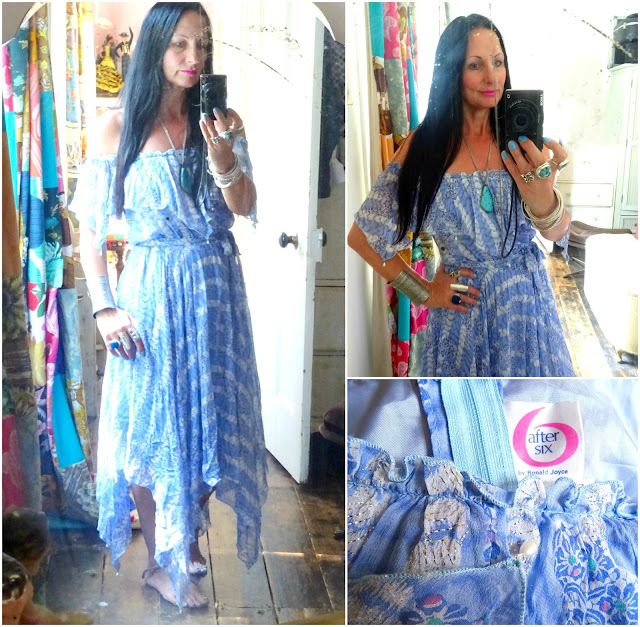 If you're wondering about the similarity of these vintage dresses it's because they're all from the same seller! She's got great taste. 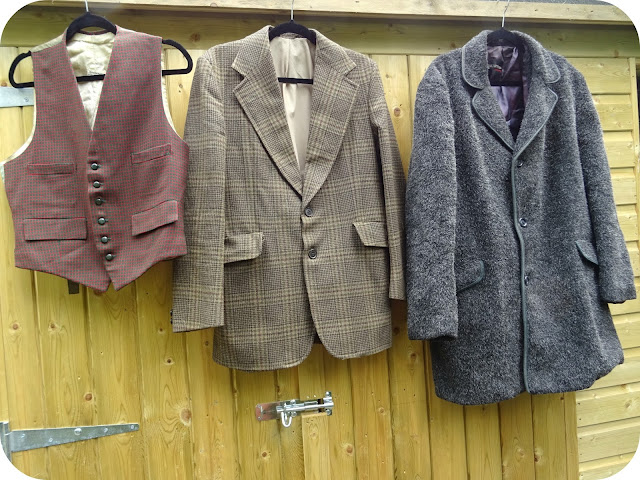 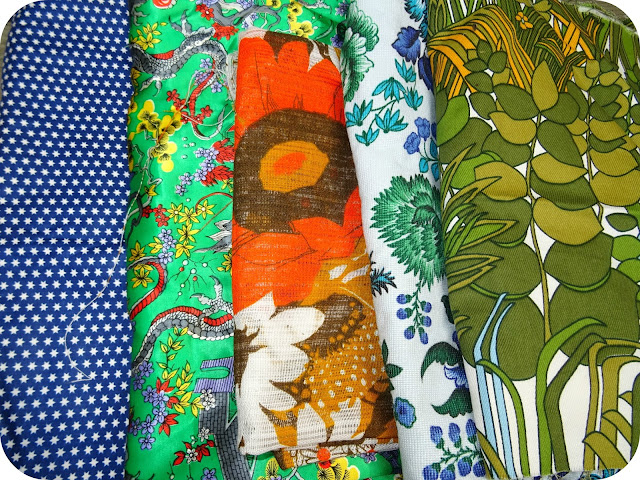 Some fabulously funky vintage fabric for my stash - it's getting low! 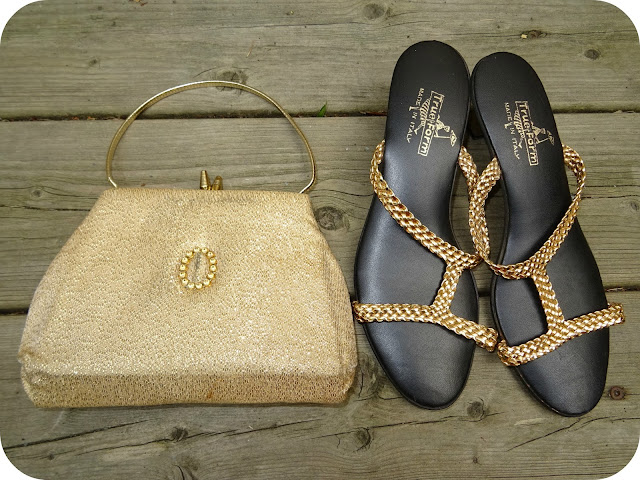 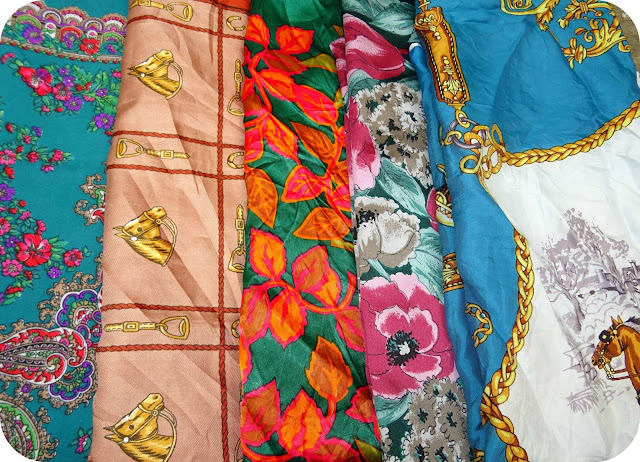 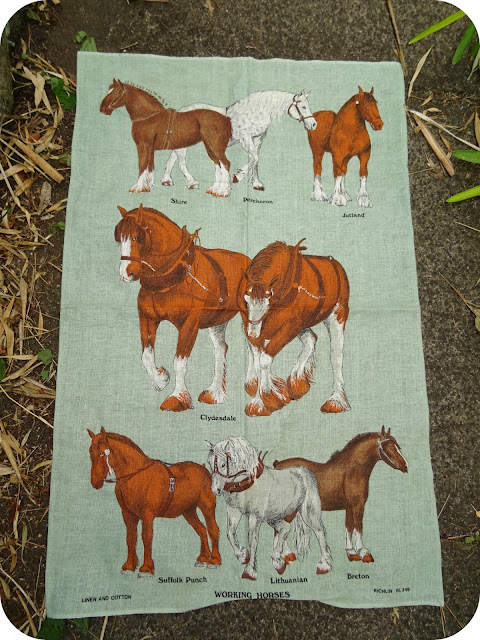 And to carry on with the equestrian theme here's another horse print. I can never turn down a tea towel especially when it's 20p! 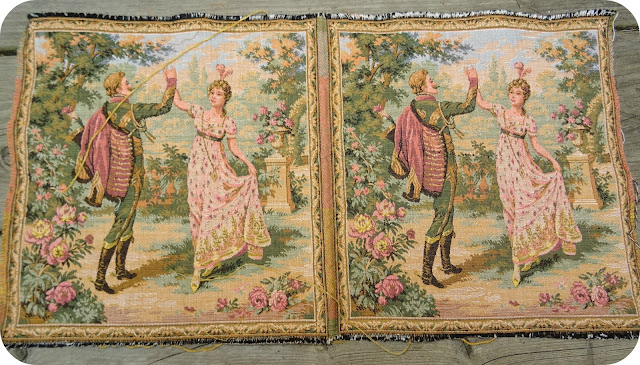 This "Made in France" tapestry was so naff that I had to have it, I'm sure I'll think of something strange to do with it. 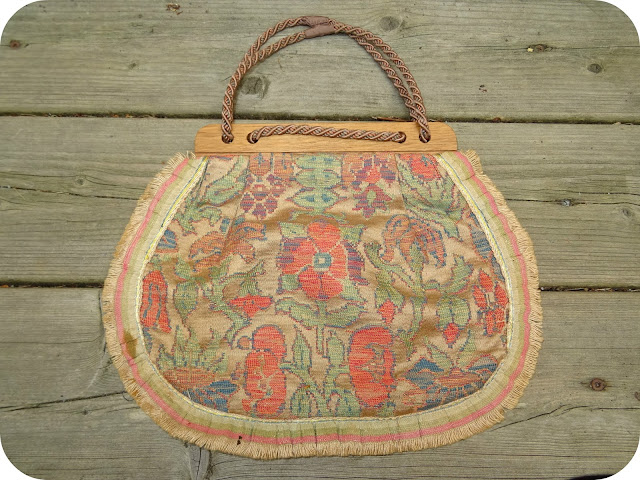 This tapestry bag has a fair bit of age to it, I love the poppy design. 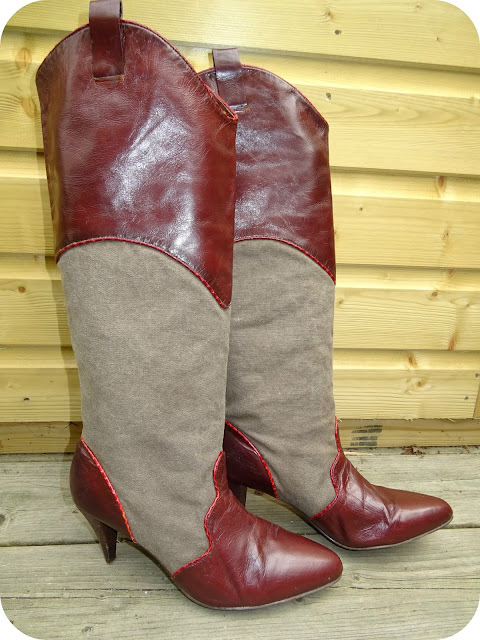 A pair of Kurt Geiger leather and canvas knee-high boots. I'm liking the 1970s vibe to these (and the fact they cost a small fortune when they were new.) 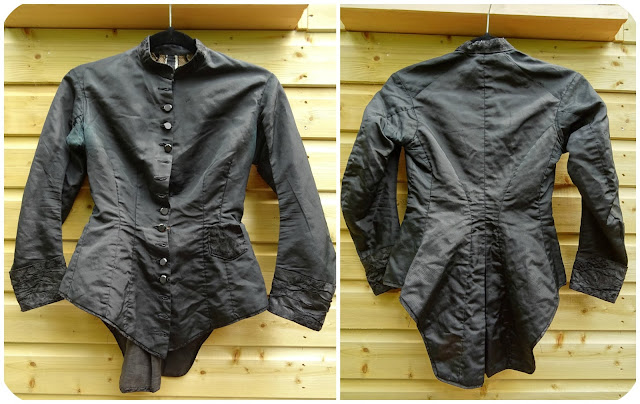 If you've been reading my blog for a while you'll know that I've got quite a collection of Victorian mourning paraphernalia (seen HERE and HERE) so, when I was offered this mourning jacket for £5 I almost snapped the stall holder's hand off. It's not in the greatest condition but it probably wouldn't have been a fiver if it was!

We're off on at epic road trip visiting friends up North tomorrow and I'm already excited!