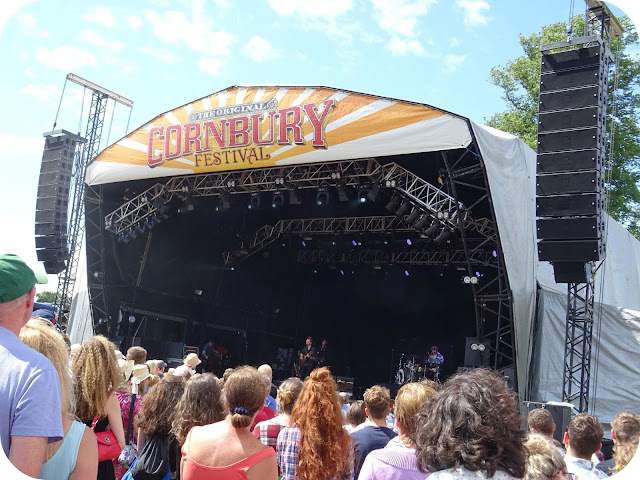 Last week we trundled off to the beautiful Cotswolds with Gilbert, our trusty VW Camper, groaning under the weight of vintage clothing. Although the festival didn't kick off until Friday we had to be on site two days before so Wednesday was spent setting up and Thursday doing little more than reading, sipping cider and lazing around. I can't remember the last time we had a day of doing absolutely nothing and it was bloody brilliant. By the time The Cornbury Festival 2016 officially opened we were fully rested and raring to go. 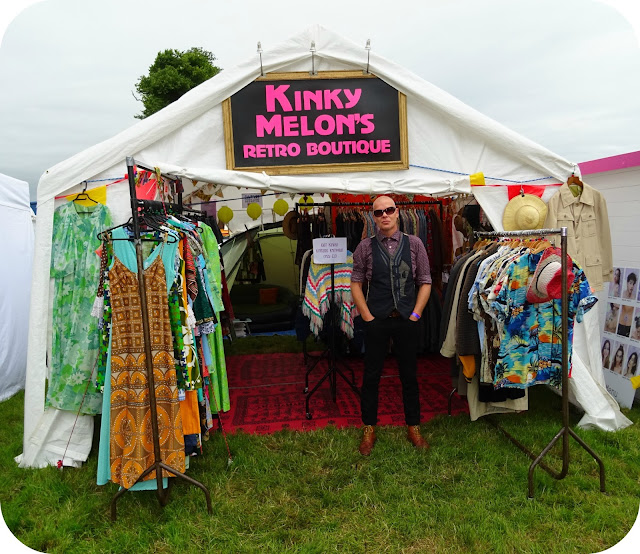 With a pop-up Waitrose, a Pimms bus and regulars that include David Cameron  & Jeremy Clarkson, Cornbury might be nicknamed Poshstock but after trading there for the first time last year we loved it enough to come back. The festival goers are friendly, the location gorgeous, the line-up impressive and the traders are really well looked after with our own trader toilets, water supply and free electrical hook-up.... 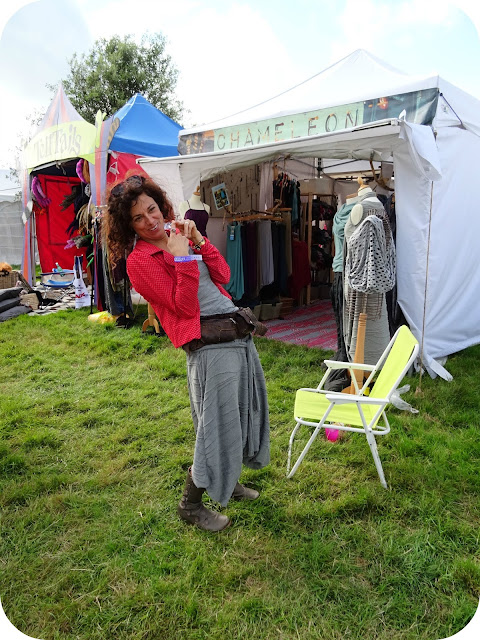 And the other traders are fabulous. We squealed with delight when we discovered Mandy & husband Or were our neighbours for a second time. 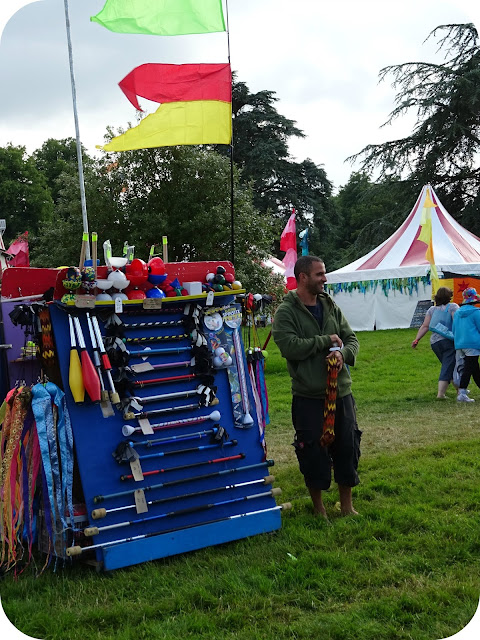 Despite a double G&T being a whopping £7.50 the Gin & Tonic bar was heaving. 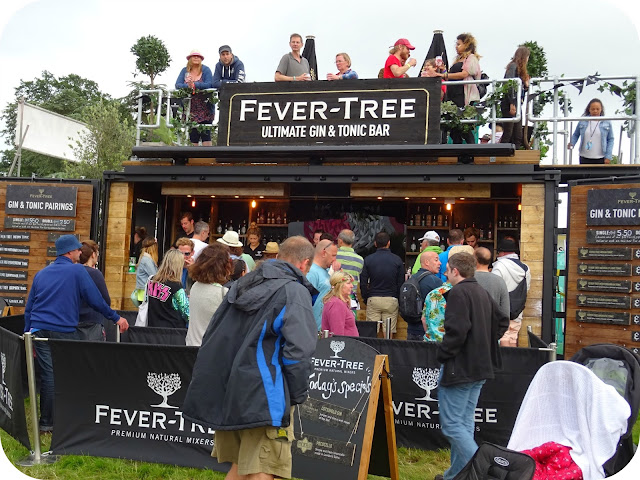 With trading hours from 9am until midnight comfort matters and the inflatable settee we treated ourselves to out of some of last week's profits was a lifesaver. 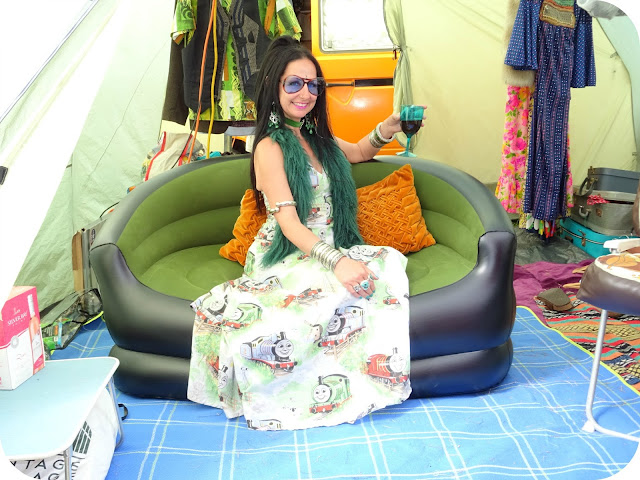 Happily ensconced I held the fort (and a large glass of Morrison's finest Rose) while Jon nipped off to watch Soul II Soul tear up the main stage. 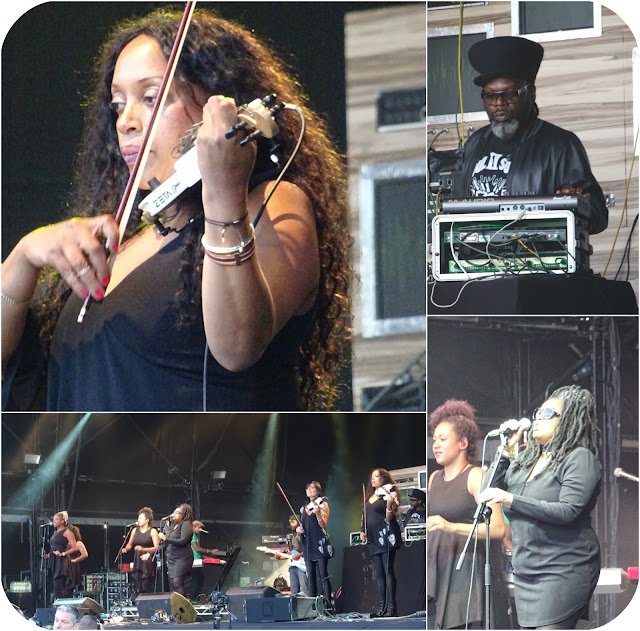 At midnight the arena gates closed, we shut up shop and collapsed into bed knackered. 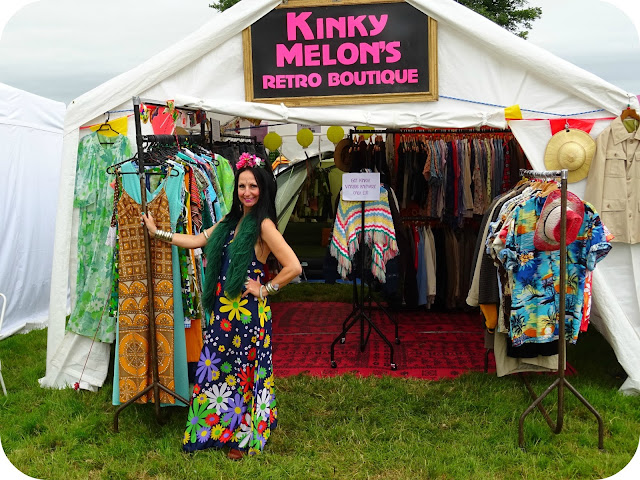 Saturday morning was bright and breezy and I was happy I'd packed my Mongolian Lamb boa to keep out the icy chill. 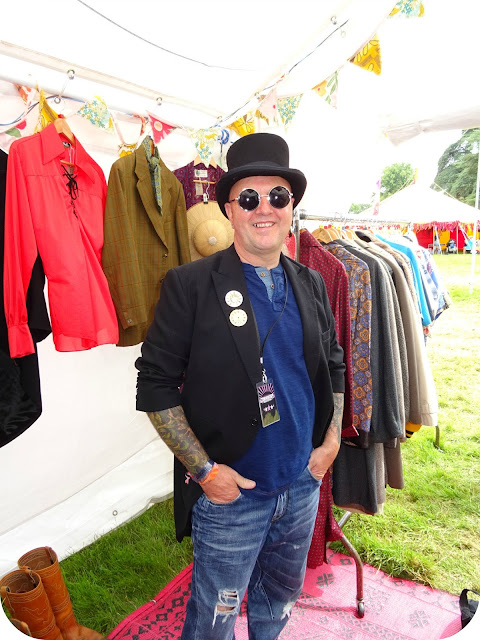 One of Friday's first customers was this dapper chap who'd snapped up a vintage tailcoat and a couple of our handmade Steampunk clock-face badges. He wanted to show us how happy he was with his purchases. 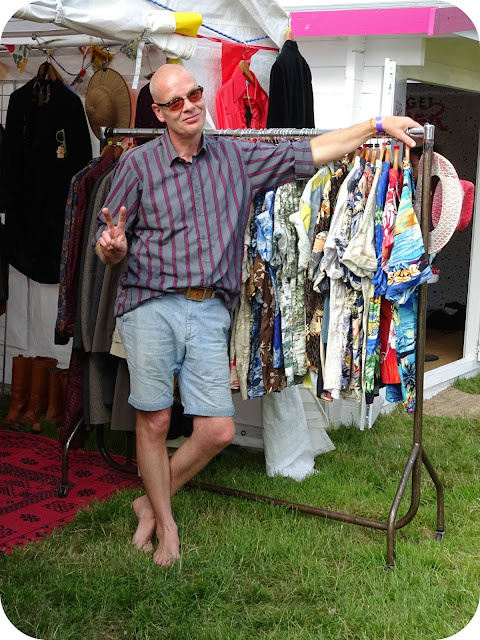 With afternoon temperatures hitting a balmy 22 degrees our rail of crazy patterned Hawaiian shirts was in serious danger of selling out. 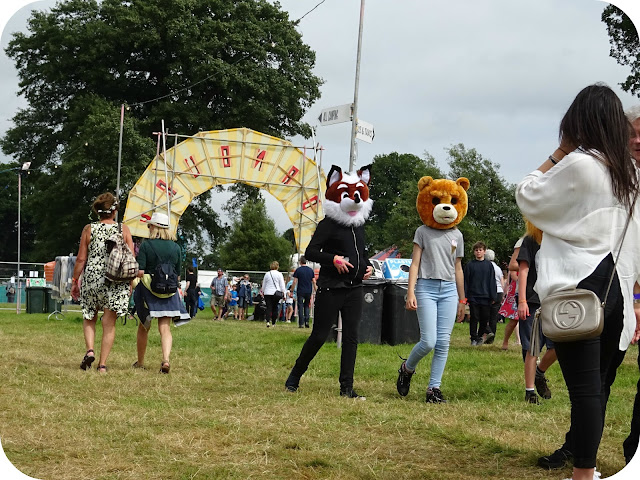 Last year we'd found the Cornbury Festival goers mostly a conservatively dressed bunch but this year we were amazed at how so many of them were embracing colour, glitter and animal tails. 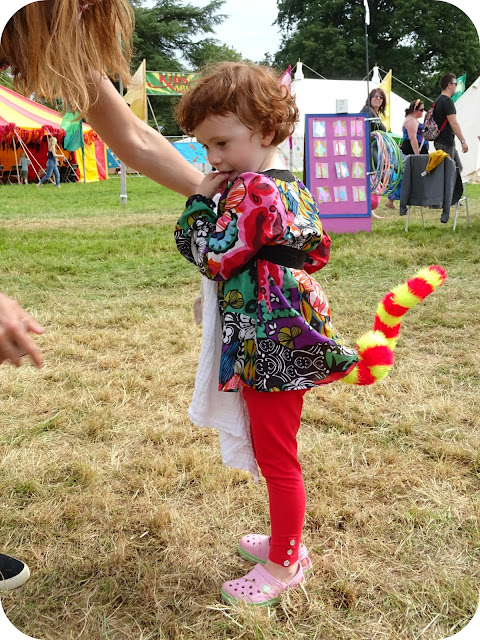 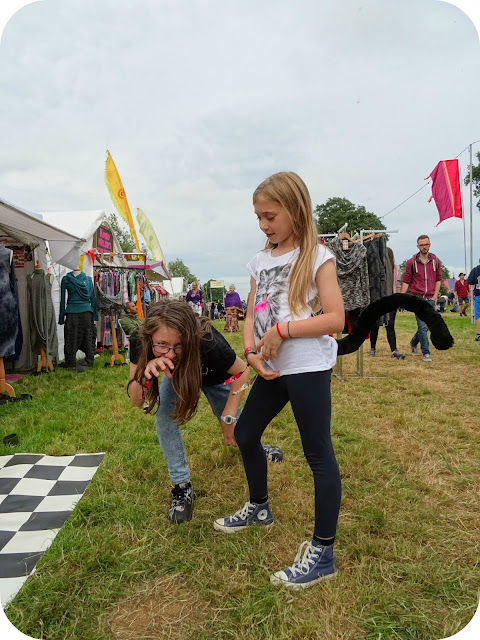 We'd arranged a girly date with the Tall Tails crew to see a bit of All Saints but missed the first couple of songs not having the heart to disappoint tiny children desperate for tails. 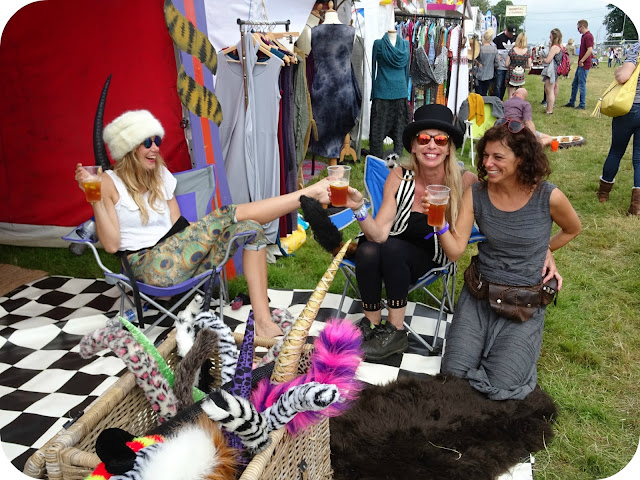 I can't say I was blown away by the 1990s girl band's performance and when they covered a Coldplay track enough was enough, I took it as my cue to leave and headed back to work. 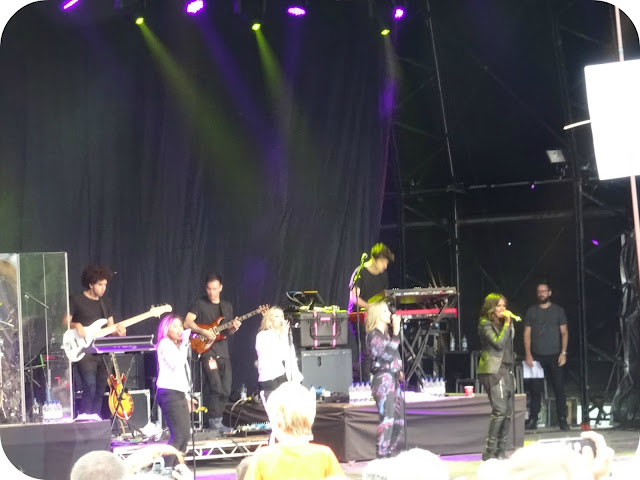 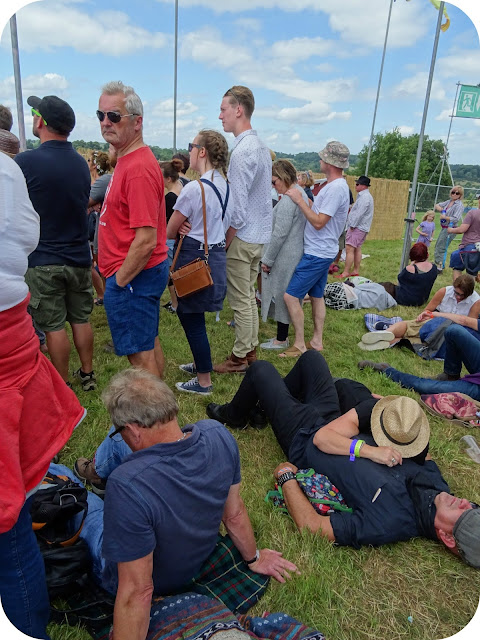 Bryan Ferry was headlining but, as neither of us are particular fans, we listened to his set from our pitch from the comfort of our inflatable sofa. 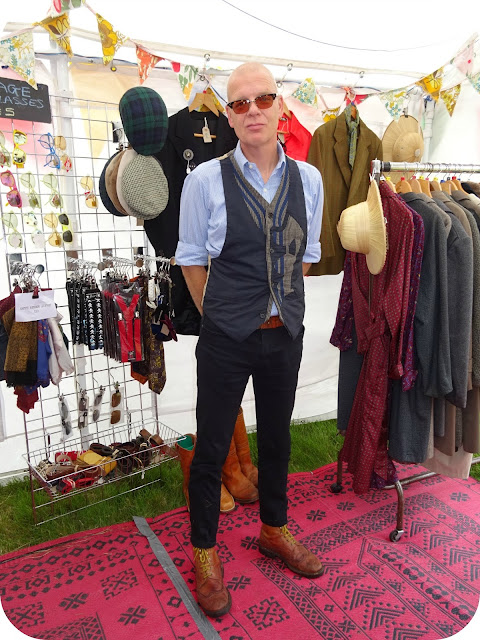 Who gets up at 9am on a Sunday morning? Cornbury festival goers, that's who! And we were up and ready for them. 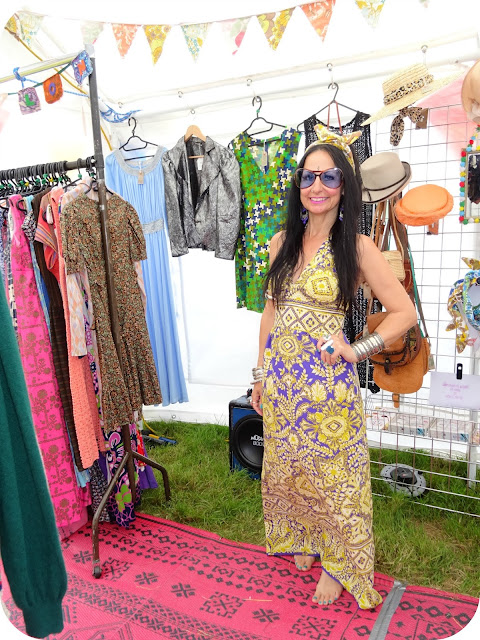 Three days in and most women (me included) were suffering from chronic festival hair so my handmade wired headbands went down a storm. 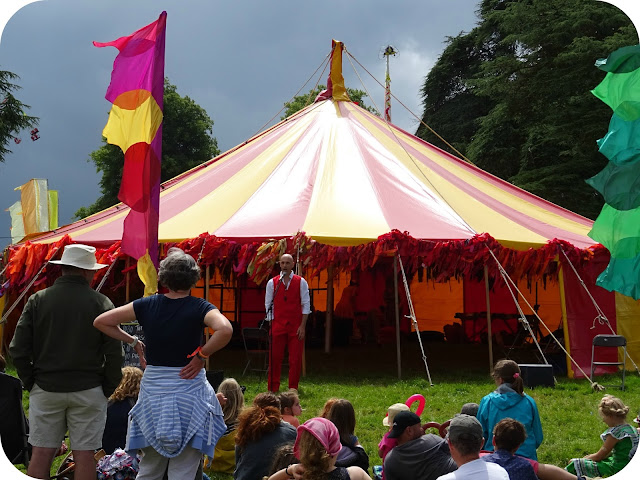 The circus tent and arts and crafts area were packed with early risers looking for entertainment before the main stage opened. 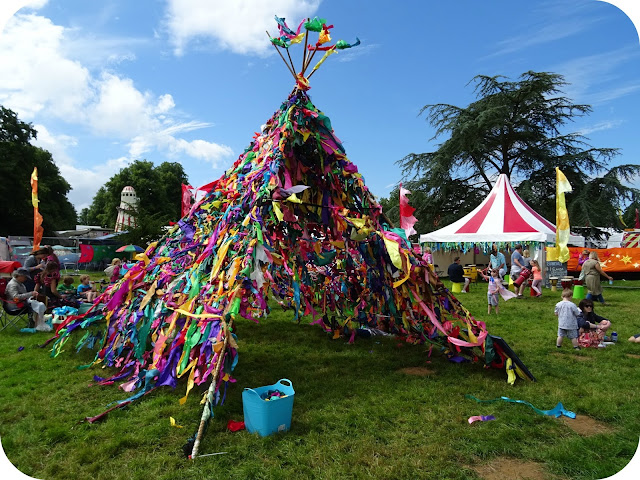 For over a decade Newton Faulkner has appeared at loads of festivals we've been to but to our shame neither of us has ever seen him play. This year I made the effort to catch some of his set and was I glad? He was fantastic. 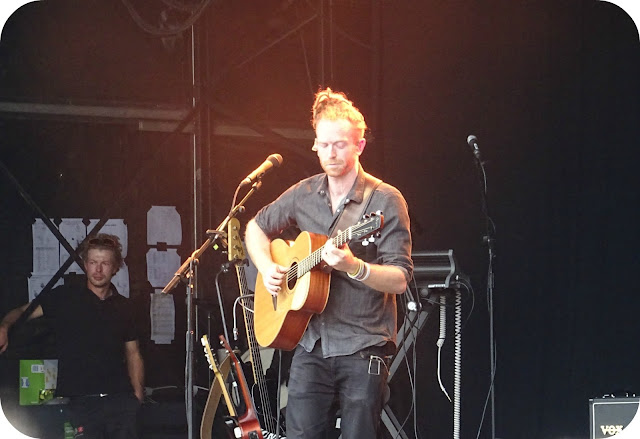 ...And not too unpleasant on the eye, either! 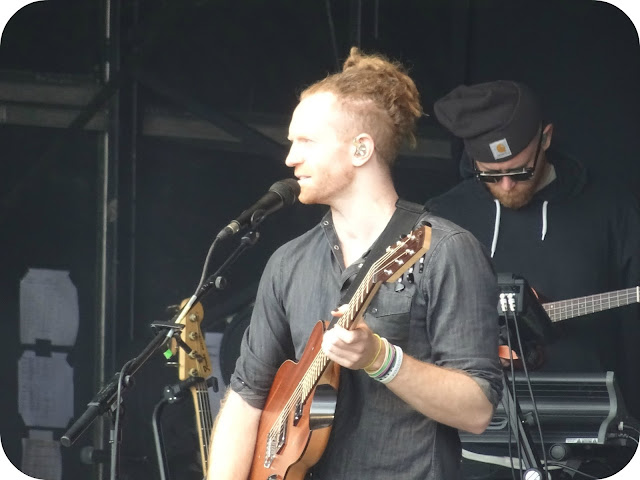 Talking of easy on the eye Mandy and I left the menfolk in charge of our pitches while we watched Seal headlining later. Other than Killer I can't say I'm a massive fan of his music but he's definitely got incredible stage presence. 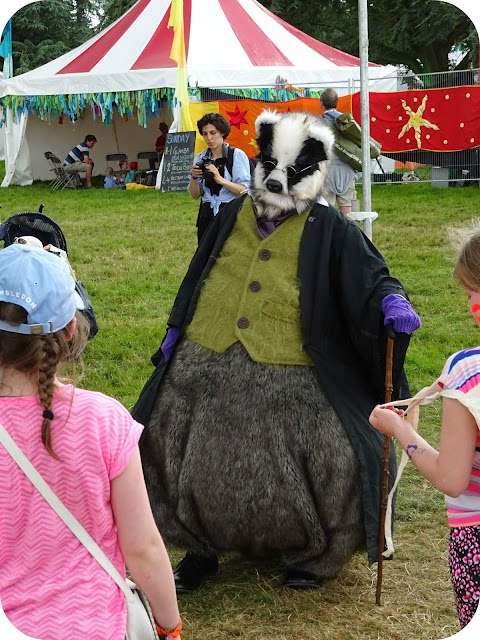 What is it with Cornbury and people dressed as animals? We've no idea but we like it. 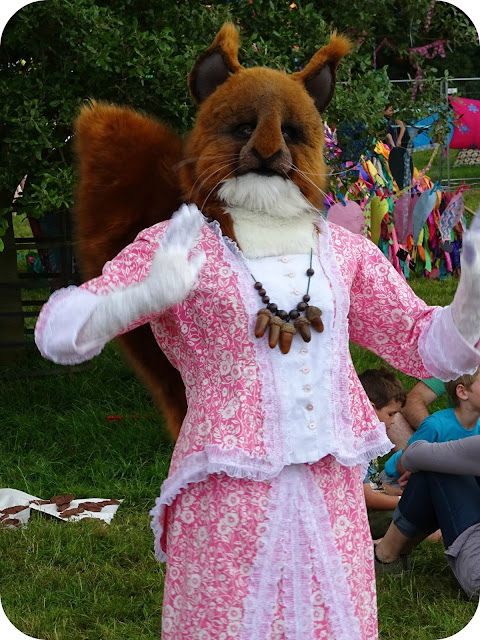 What a weekend! We met some fantastic people, sold even more than we did last year and, despite a punishing 45 hours of trading packed into three days, had an absolute blast. 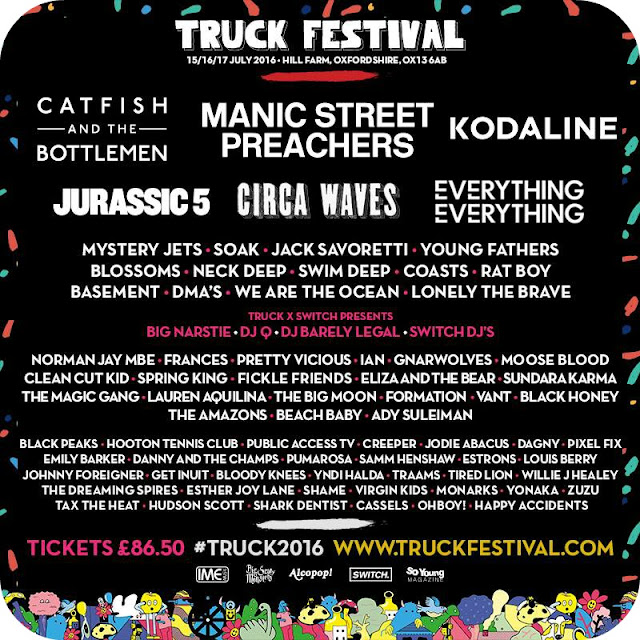 Next stop Truck! Two days to rest up, restock and find time to make more headbands and crop tops.


Linking to Patti and the gang for Visible Monday.
Posted by Vix at Monday, July 11, 2016

Email ThisBlogThis!Share to TwitterShare to FacebookShare to Pinterest
Labels: Festival, Out and About, Outfit