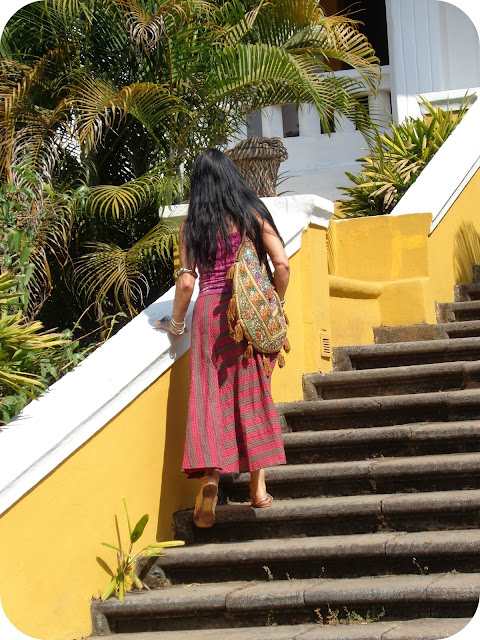 Furnishing a home from flea market finds is pretty normal to us vintage lovers & frugal living types, but the magnificent Palácio Do Deão in the village of Quepem in South Goa takes bargain hunting to another level. 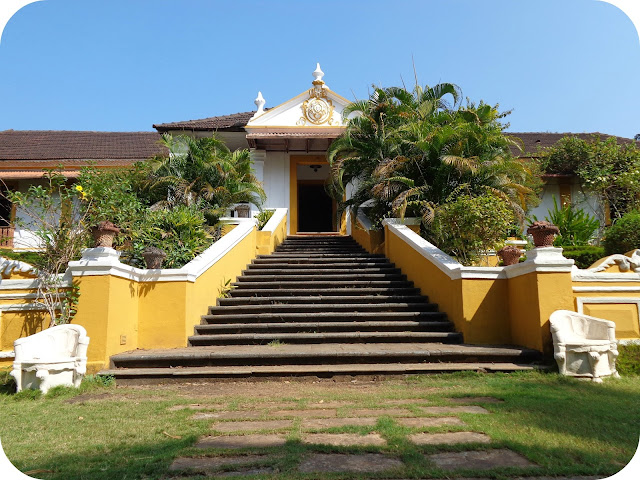 The Palácio Do Deão was built in 1789 by Portuguese nobleman and celebrated philathropist, Jose Paulo. Upon his death in 1835 the Palácio was bequeathed to the church and occupied by a succession of priests. In the 1980s it was handed over to the nuns of Quepem church and run as a home for destitute women but, after a few years, the task of maintaining such a big house in Goa's harsh tropical climate proved a Herculean task and the Palácio was abandoned and left to decay. 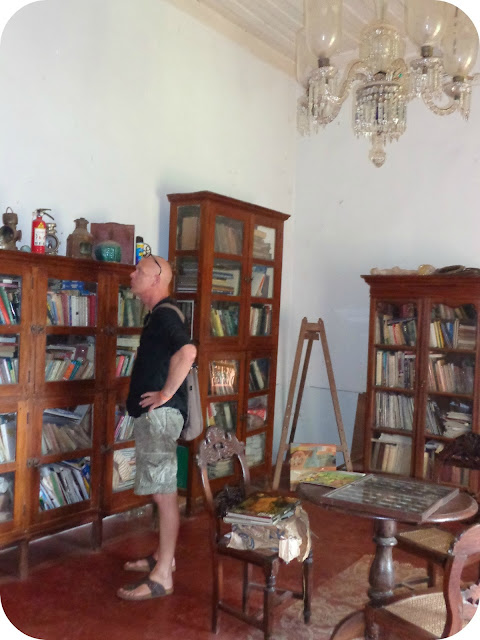 The derelict building caught the attention of a local Goan couple, Ruben & Celia Vasco de Gama, who bought it and spent the next fifteen years painstakingly doing it up themselves, travelling to Lisbon to hunt down the original plans and trawling the flea markets of India to find period furniture and fittings to replace the ruined originals. 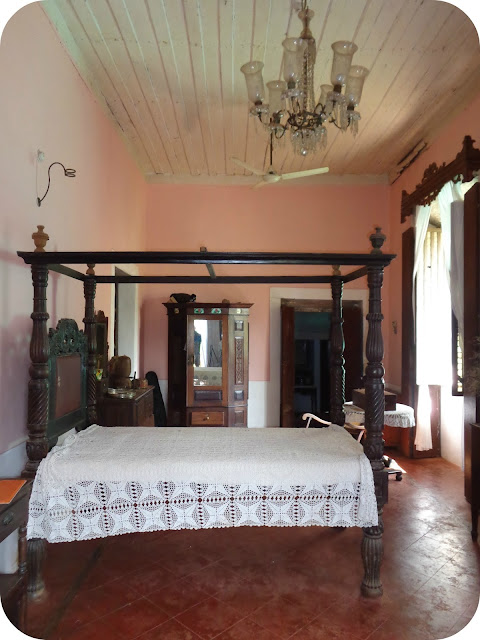 Palácio Do Deão is a family home but visitors are welcome to turn up and knock the door any day of the week. After an informal tour by one of the owners (in our case, Ruben) you're welcome to explore. 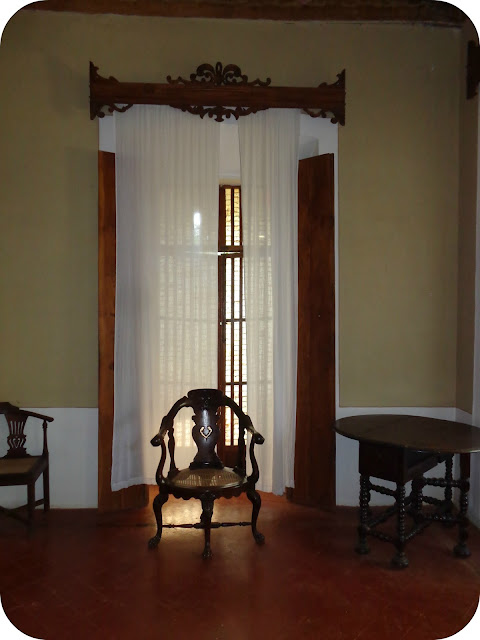 There is no admission charge but donations to help with the on-going restorations are encouraged and, by prior arrangement, an Indo-Portuguese lunch can be laid on and served on the gorgeous terrace. We didn't eat but the veg Xacuti smelt incredible. 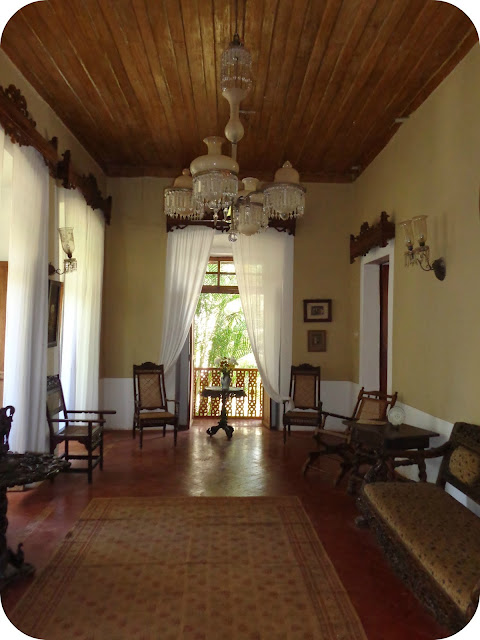 South Goa is littered with beautiful ancestral homes abandoned in favour of flashy new builds with double garages and electric gates. Ruben & Celia wanted to prove to other Goans that, even with no previous experience, buying and restoring a heritage house isn't an impossible task and the end result is infinitely more attractive and often much cheaper. 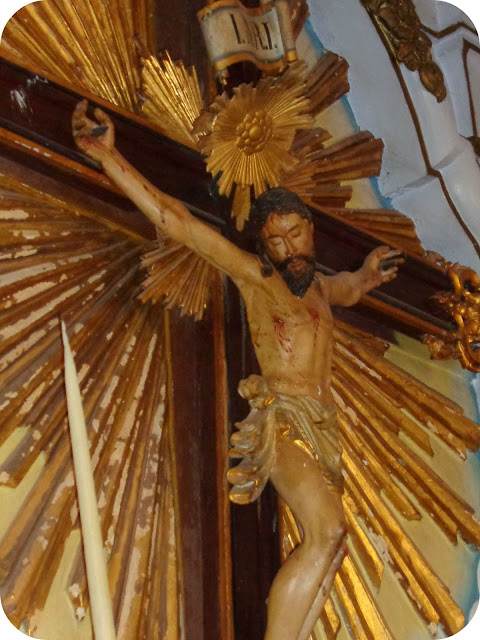 I just wish I could find stuff this good at English flea markets. 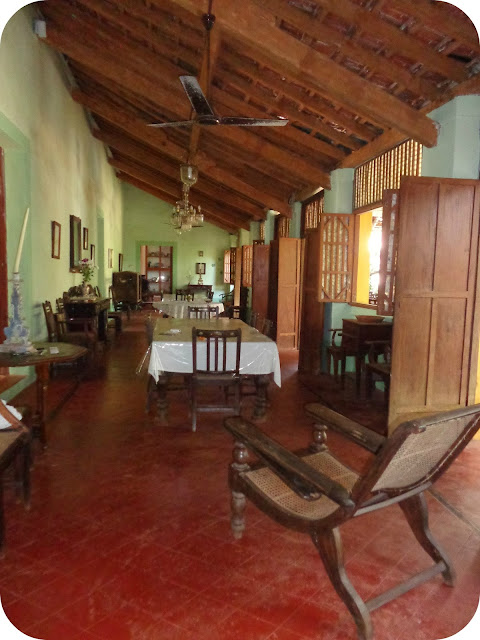 Even the floor has been completely replaced, I saw photos of Celia in overalls, tiling the floor with her two toddlers looking on. 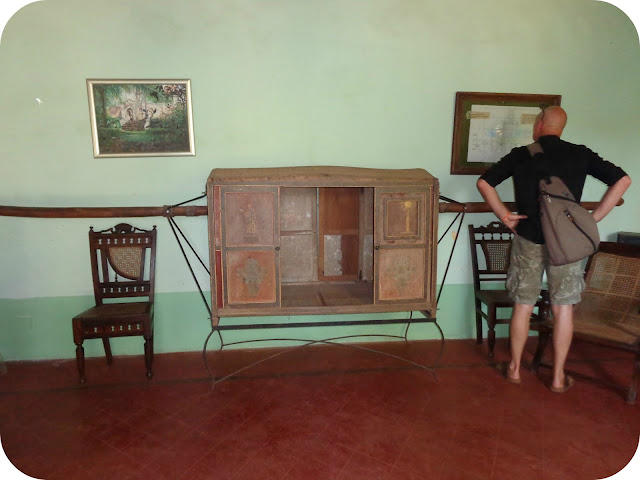 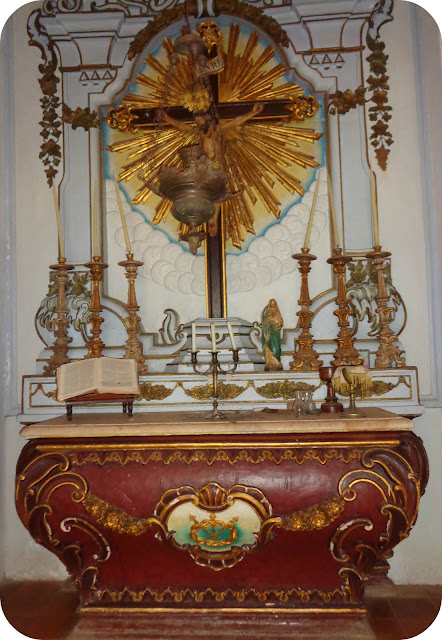 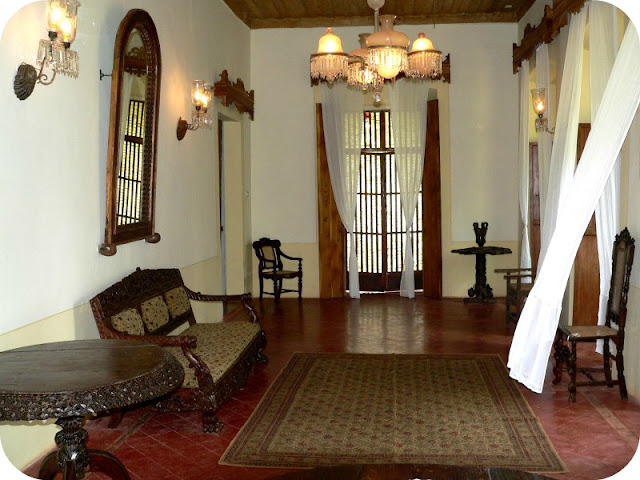 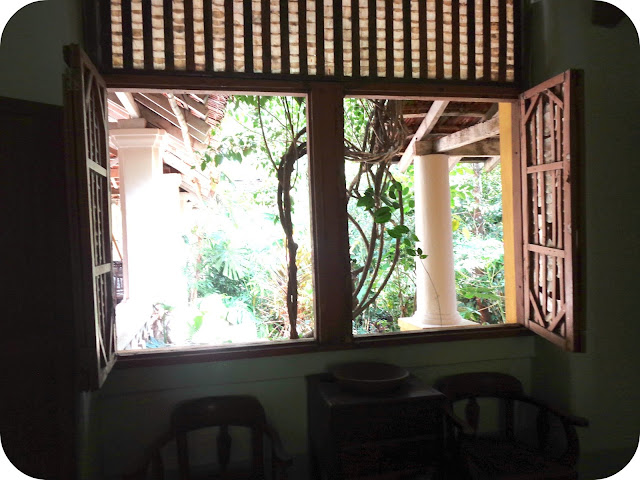 The exterior of the Palácio is incredible, the only Eighteenth Century Portuguese formal gardens to ever have existed in Goa and a world away from the regimented style of the country houses you'll find in the UK but be warned, douse yourself in mozzie repellent before you visit, we got bitten to buggery as the gardens back on to the River Kushawati. 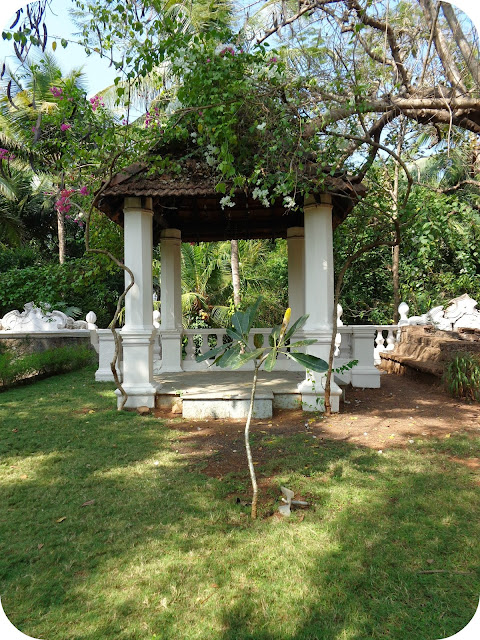 When the Vasco de Gama family bought the Palácio Do Deão the garden was little more than a jungle. Maybe one day ours will look like this. 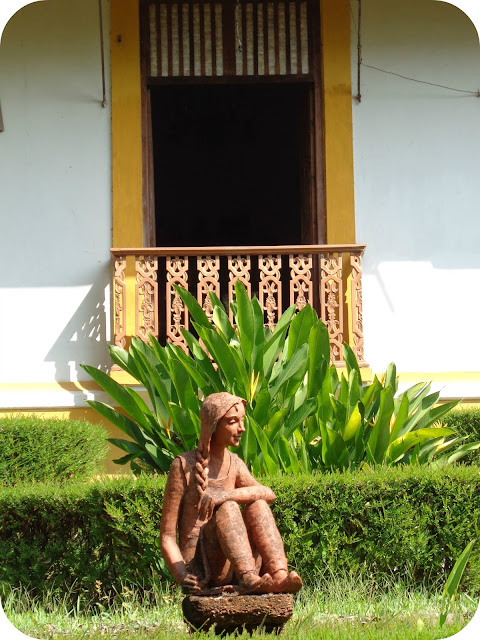 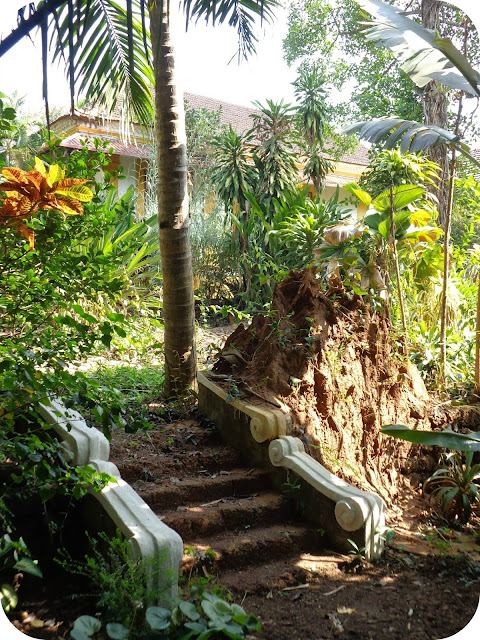 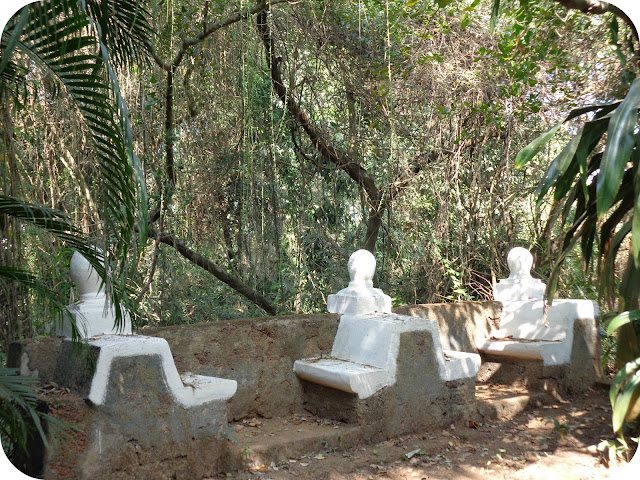 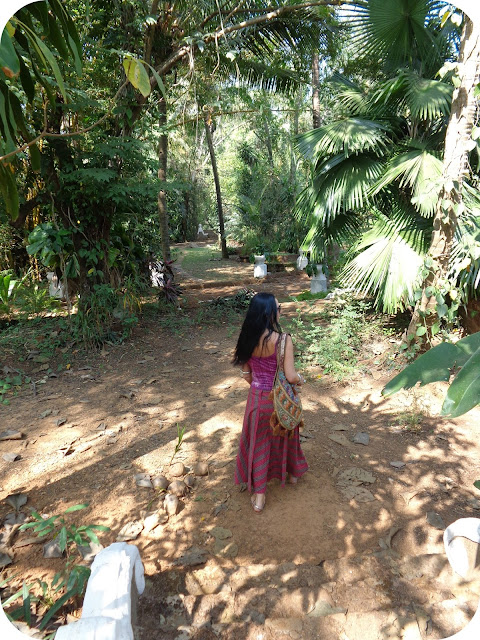 If you do fancy visiting then be warned, the Goan taxi mafia are notorious for overcharging tourists. Rather than taking a cab from the beach, catch a bus to Margao and jump off by the city tuk tuk stand where you'll find prices to every destination in the state of Goa displayed on a notice board. Tourist taxis try to charge you £25 for a return trip, whereas a tuk tuk will cost £7 and, in a state where a litre of Bacardi costs less than £2 and a room is £5 a night, £18 is a lot of money to lose.


If Indian interior porn's your thing do check out my blog post on the wonderfully dilapidated Menezes Braganza House (HERE), the jungle palace we visited last year. You'll find the rest of our Palácio Do Deão pictures HERE.

Email ThisBlogThis!Share to TwitterShare to FacebookShare to Pinterest
Labels: India