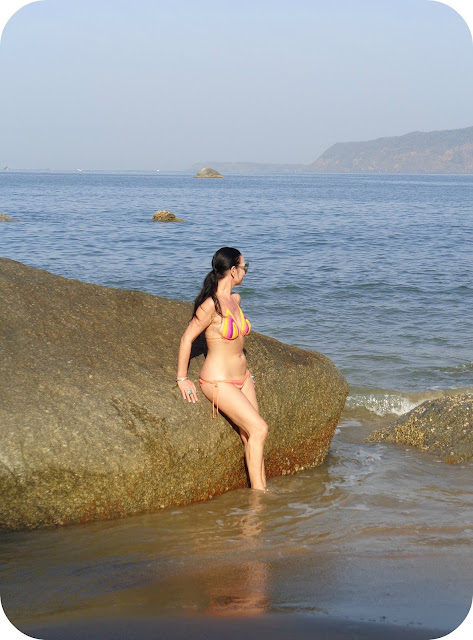 The tuk tuk dropped us off just over an hour later in Patnem on Goa's southernmost tip. As usual one of us minded the bags while the other went off in search of a place to stay. Over the last couple of years Patnem's popularity has rocketed; it took over an hour to find anything within our modest budget, eventually settling on a £12 a night room in the Sea View Resort. 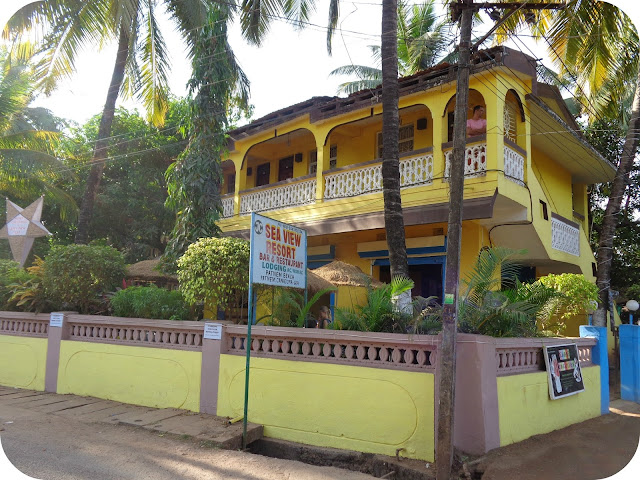 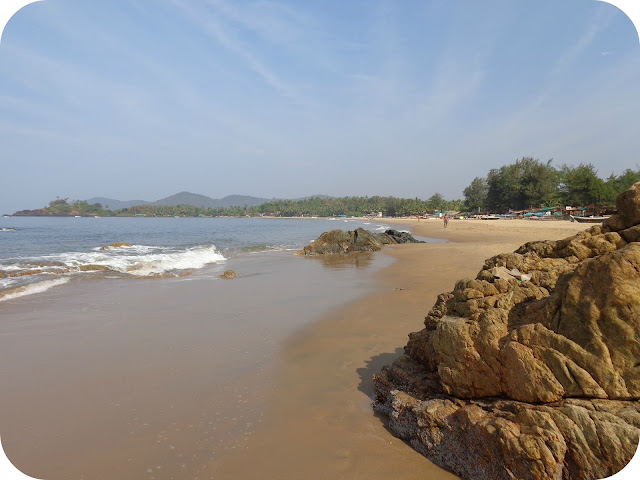 The creek at neighbouring Rajbag beach is stunning. 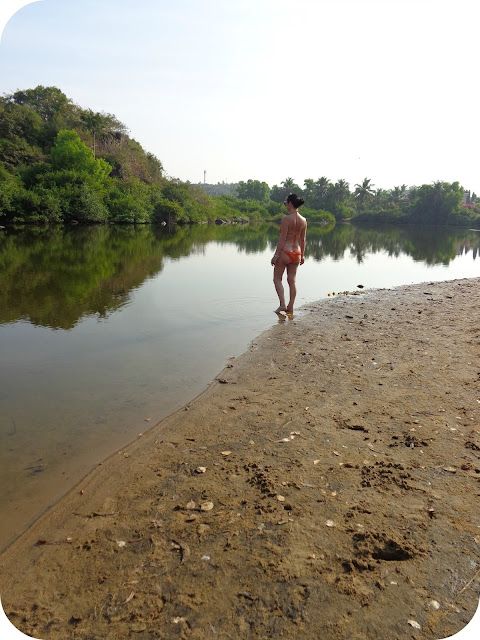 Total tranquillity only a short walk away from the sun loungers and beach bars spread along rest of the beach. 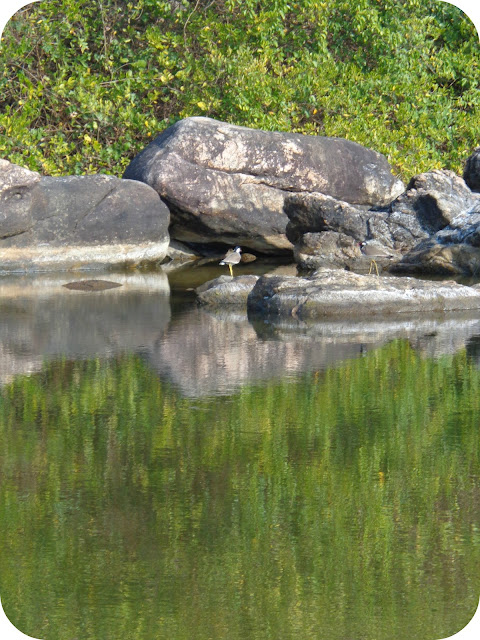 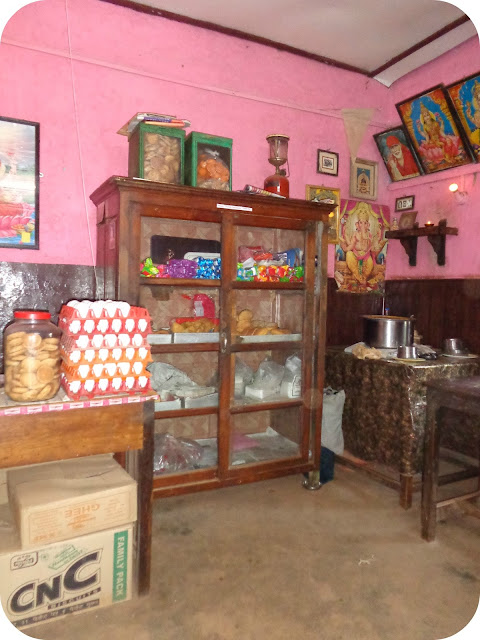 But Patnem seems rather soulless, a place created to meet the needs of the mostly British visitors, despite its obvious beauty it lacks authenticity and the only Indians we met were the ones serving us dinner. Its a great place to stay if you've never visited Goa before but lacks the vibe of the bigger villages. After a pleasant three day stay we packed up, jumped in a tuk tuk and headed ten kilometres up the road to Agonda. 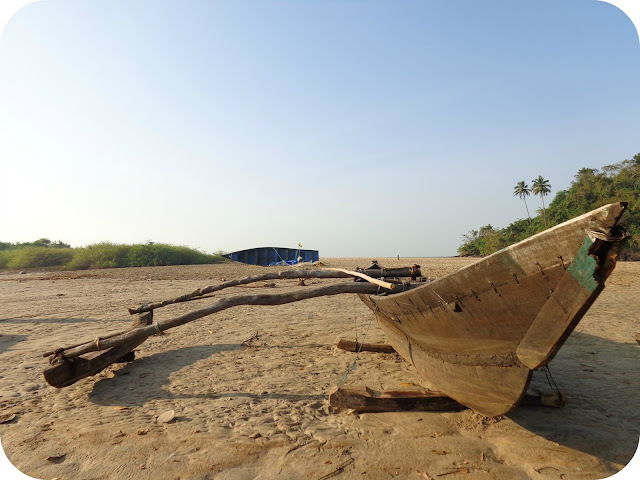 We've been coming here since 2004 when it was little more than a fishing hamlet. 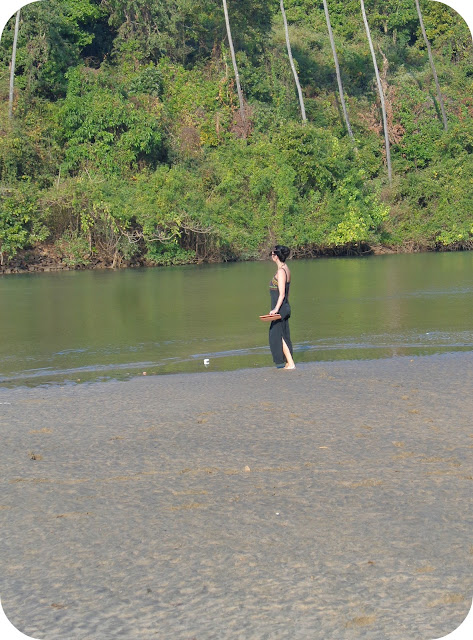 Twelve years ago, other than the locals' homes, there was a hut encampment, a guest house and a tiny general store with a payphone. We stayed in a thatched beach hut, washed from a bucket, ate whatever veg the cook had bought back from the market and went to bed at 9 pm when the electric supply went off. 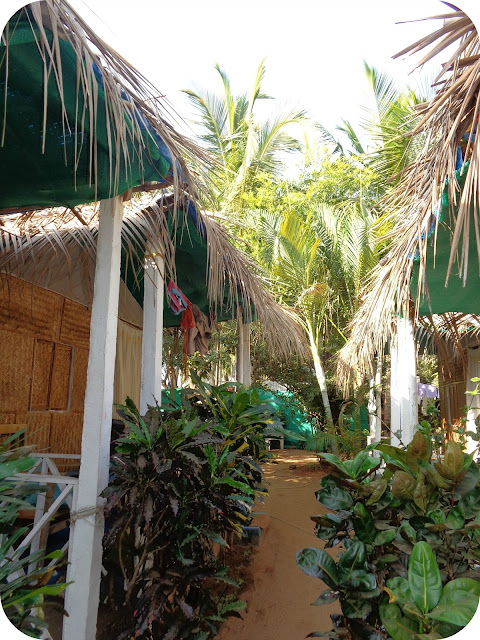 Again, our accommodation was a thatched coco hut but, in 2016 style, came with an attached bathroom, a shower, free WiFi (not that we used it) and electricity 24/7. We've stayed here three times over the last few years, you can even book on-line (HERE). 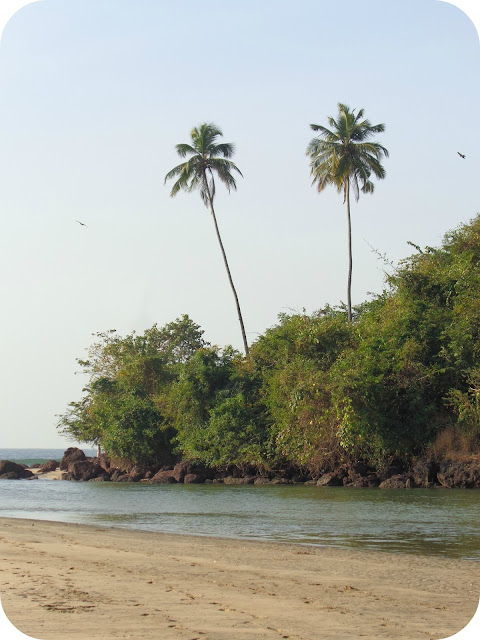 These days Agonda is well and truly on the tourist map but at heart remains a fishing village.

Wander along the sandy back lanes and you feel a million miles away from the tourist scene. 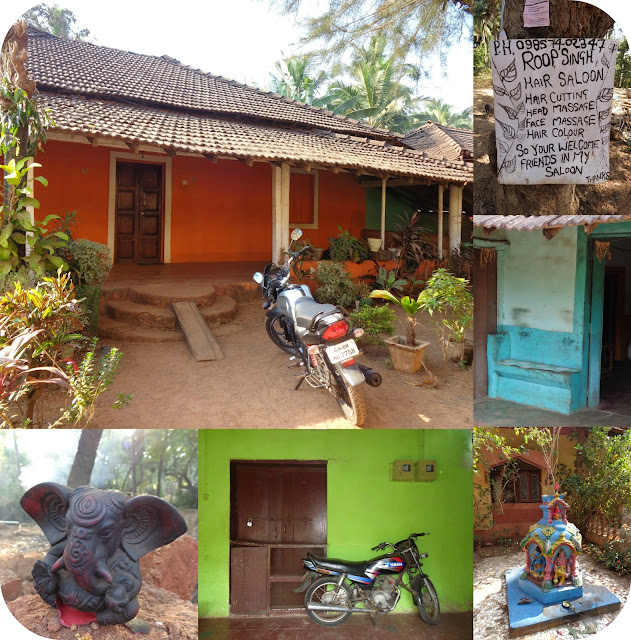 Back in the days of Portuguese rule only the churches were allowed to be painted white, a tradition that continues today. Houses in Goa come in all colours. 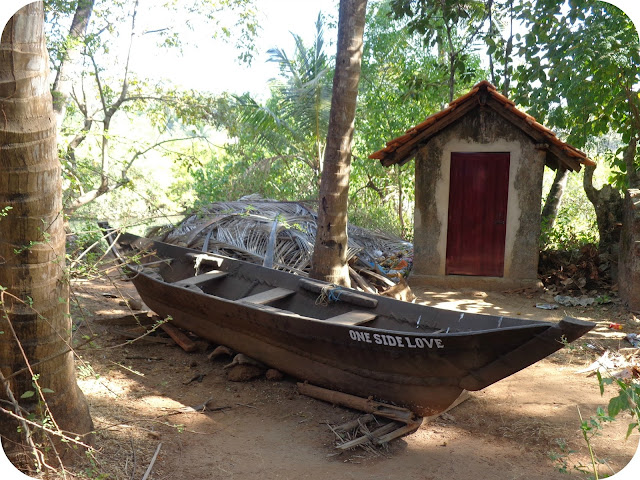 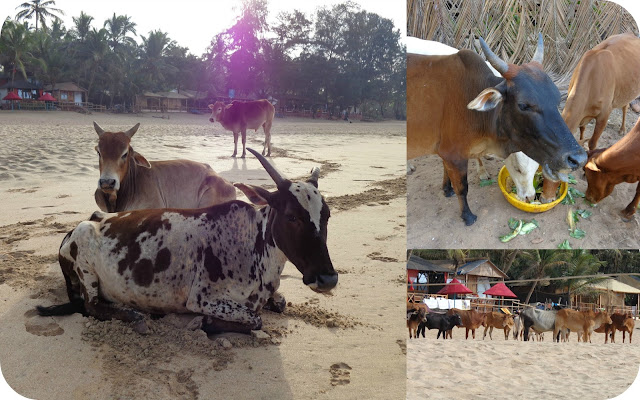 Many of the local fishermen offer boat trips after they've sorted out the morning catch. 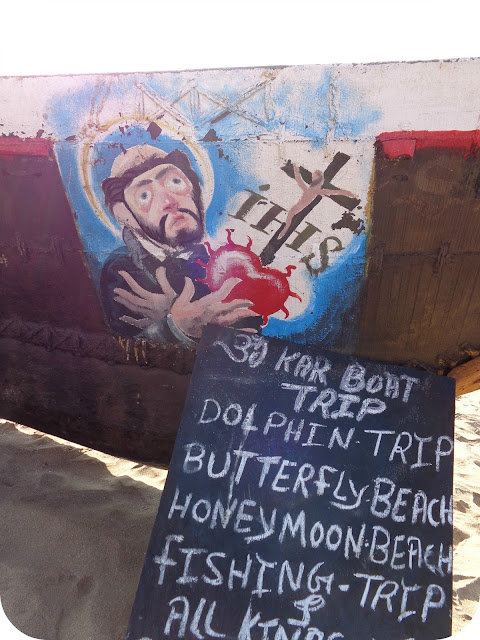 We treated ourselves to an early morning punt along the backwaters. The young boatman told us he'd be spending his profits on a trip to the cinema in Goa's second city, Margao. He was going to see Star Wars for the third time in a fortnight. 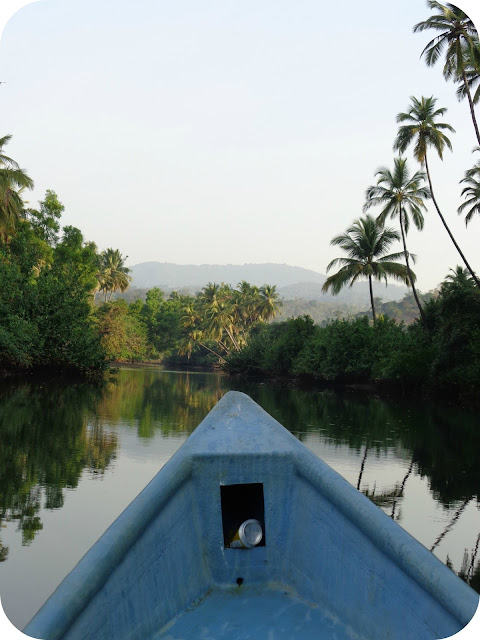 It was so peaceful we had to keep prodding each other to stay awake. 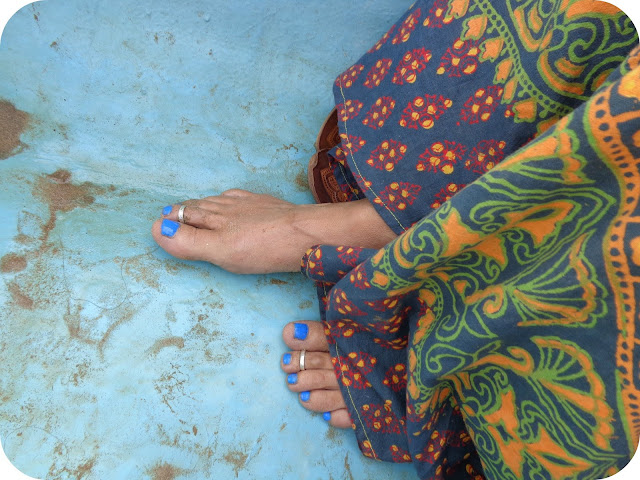 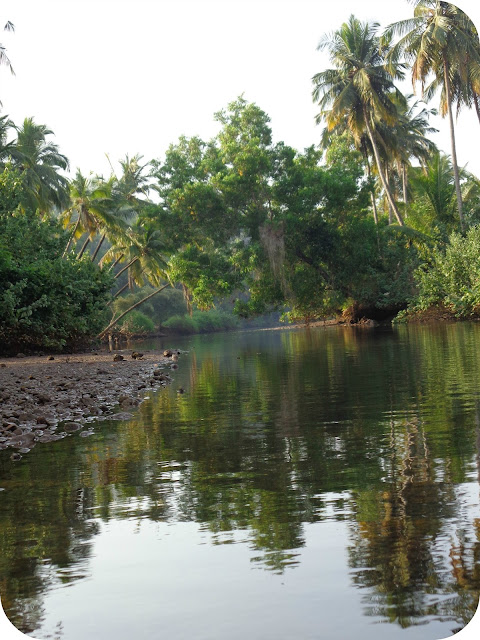 Before 9am we'd already spotted kingfishers, egrets, parakeets and herons, saw monkeys swinging through the trees, heard the chirruping of squirrels & koels calling and witnessed all manner of fish leaping from the waters. 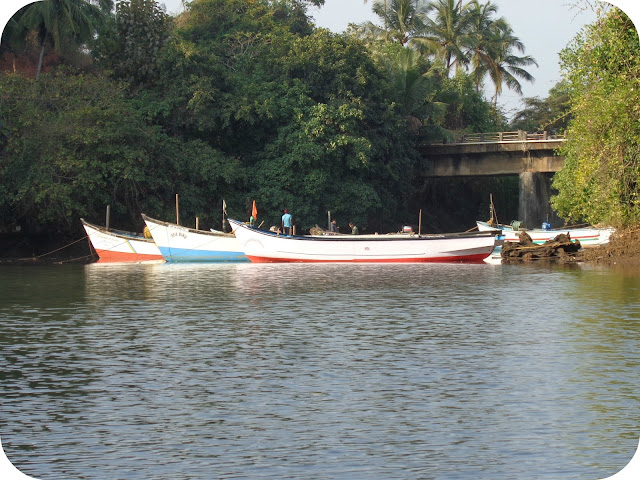 Like Benaulim, Agonda has some great no-frills meals joints (confusingly known as "hotels" even though there's no bed involved) where you can get a proper pure veg Goan or South Indian breakfast for around £1.

There's lots of good restaurants, too. We had a couple of fab nights out with fellow Judy's vintage traders, Saz & Andy, enjoying their first trip to Goa. 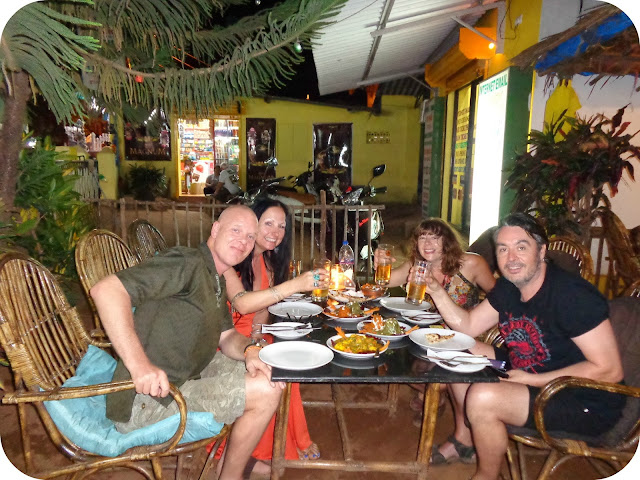 Dinner at My Friend's Place. We stayed in their coco huts, just behind the restaurant. 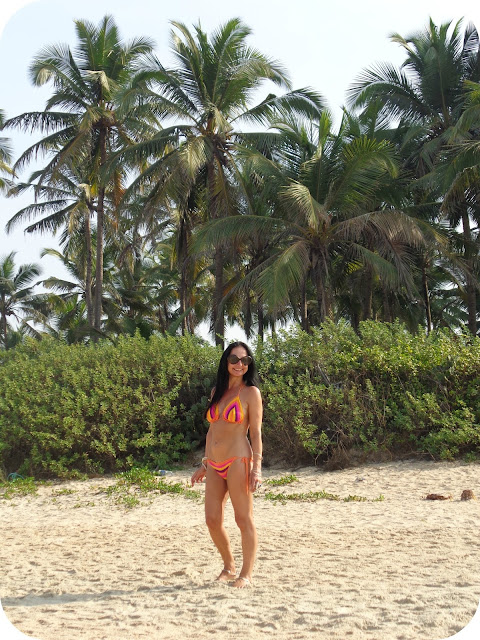 After two weeks in Goa (five days in Benaulim, three in Patnem and six in Agonda) we were relaxed, tanned and totally chilled out. 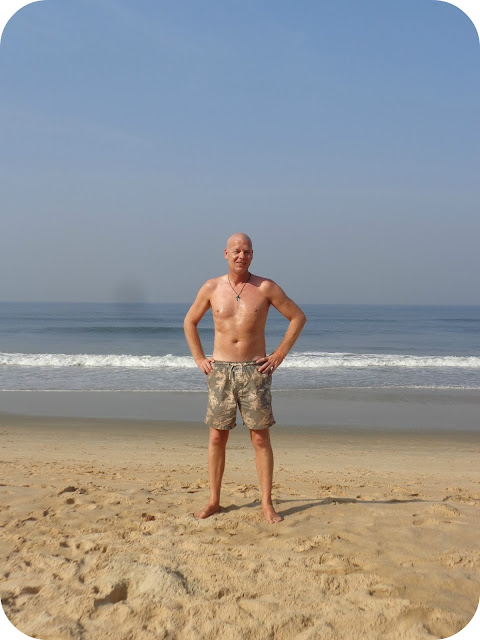 We could have easily stayed for longer but we needed to pack, we had a plane to catch. Goodbye Agonda! Adventure beckoned. 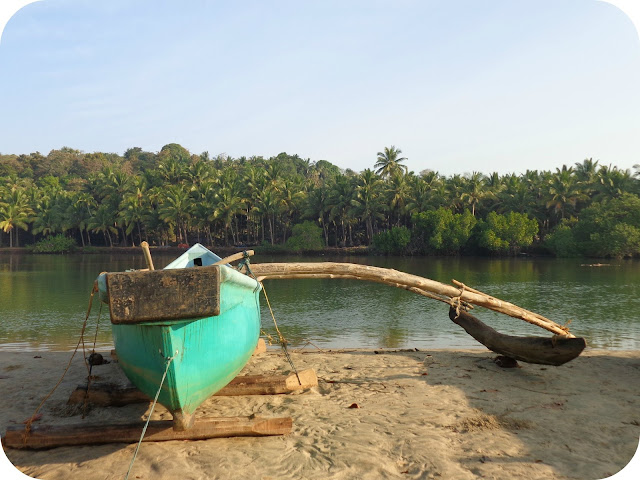 Part three to follow (if you can stand the excitement!)  More photos HERE

Its business as usual for Kinky this weekend. We'll be trading with Judy's Affordable Vintage at Bethnal Green (see HERE) on Sunday. Come and see us if you can.