Travels in India, 2016 - Elephanta Island & The Cat Man of Colaba 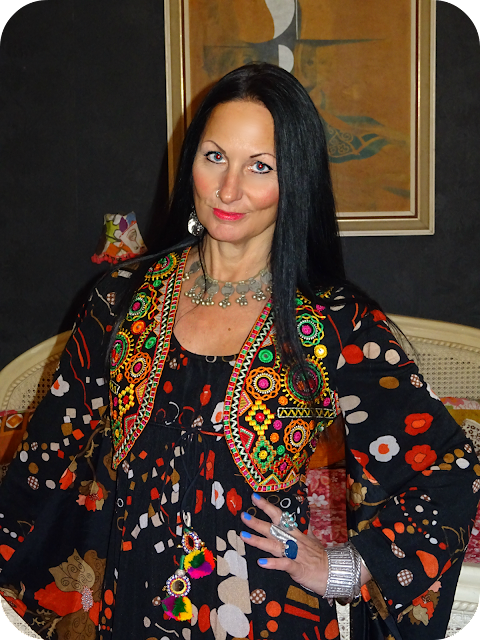 Check out my Indian waistcoat and prepare to faint with shock, it's the only item of clothing I've owned in the past 30 years that I've bought new, at full retail price, from a proper shop and not a chazza. Fortunately, at £8, it didn't break the bank.

We've had to invest in a swanky new camera - India killed off our trusty little Sony Cyber-Shot. These photos of me are scarily sharp, aren't they? 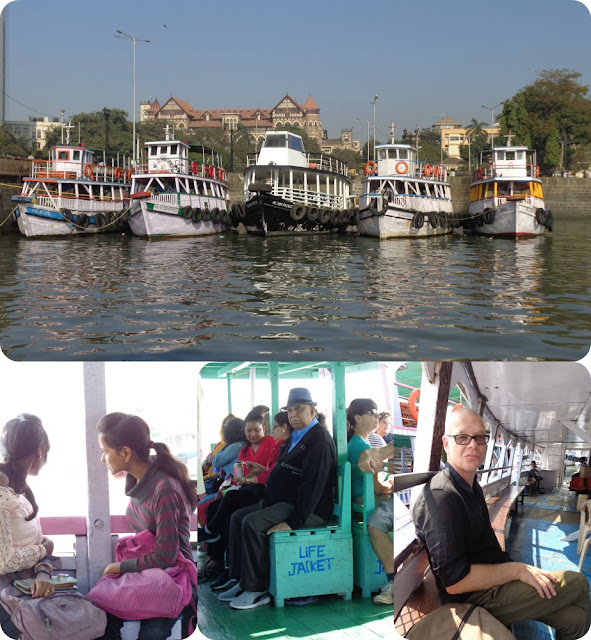 Talking of photos here's more from our fifth and final full day in Mumbai, when we took a ferry over to Elephanta Island, 6.5 miles out across the Arabian Sea. 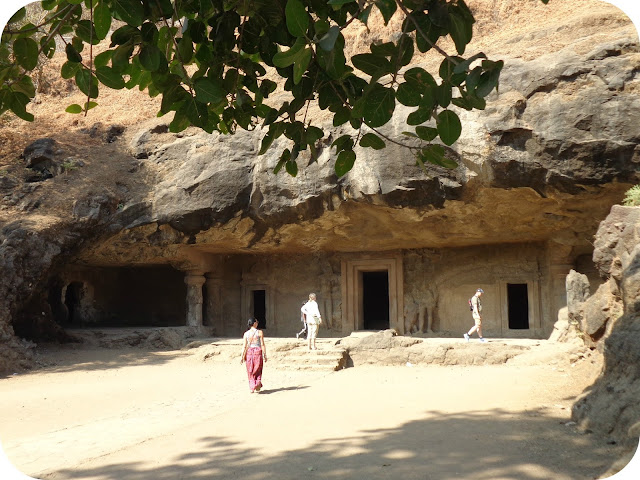 One of the main draws of the boat trip was to see the Gateway of India from the water, sharing the same view as the Brits who sailed to India during the days of the Raj, and it was indeed truly beautiful (I shared the photos HERE) but on arrival we were blown away by the magnificence of the caves. 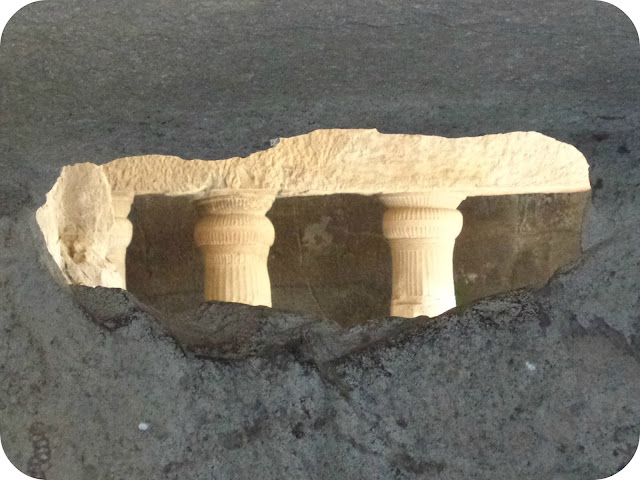 Although we'd seen photos of the Elephanta Caves in guide books we couldn't get over the sheer scale of them. 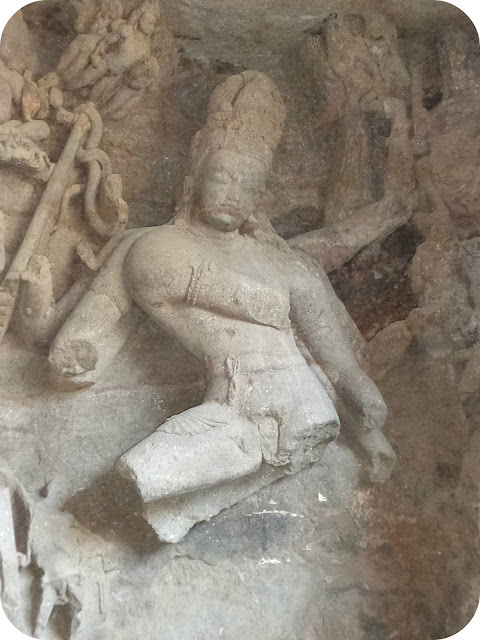 Carved between the 5th and the 8th centuries no-one is sure who created the caves but many Islanders believe that they weren't man-made. 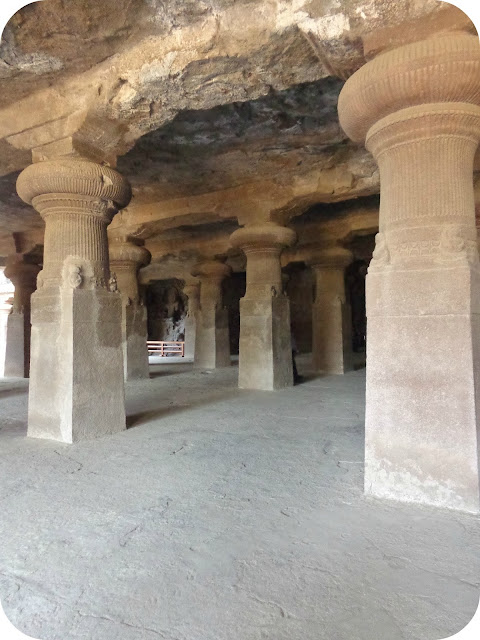 They reminded Jon of a scene from an Indiana Jones film but I've never watched one so couldn't comment. 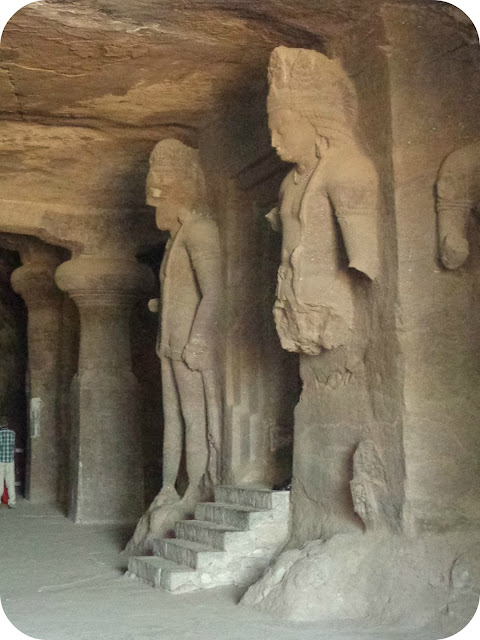 Apparently these figures would have originally been painted in bright colours. What a spectacle that would have been. 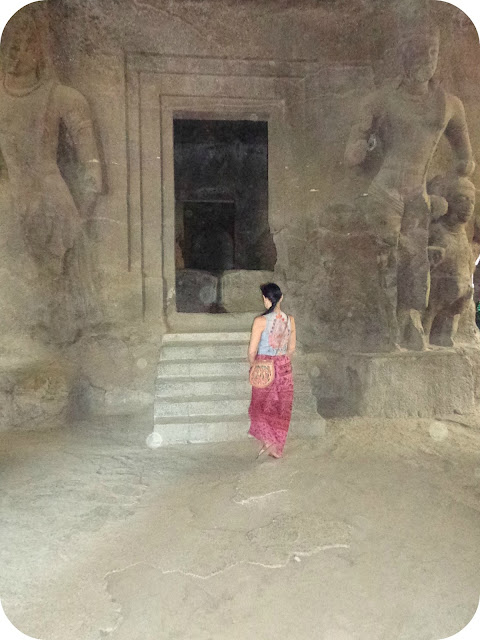 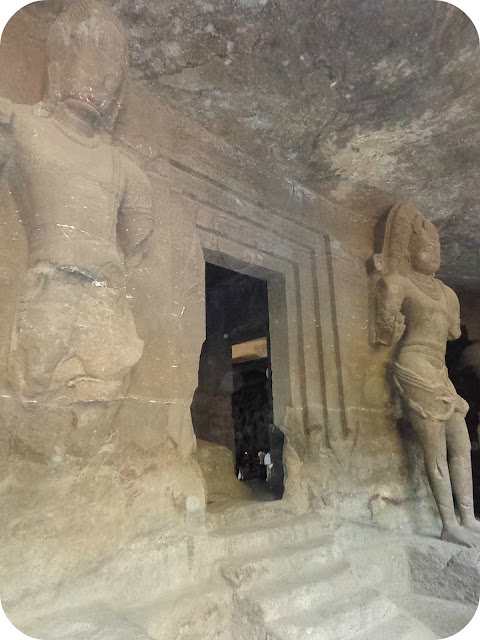 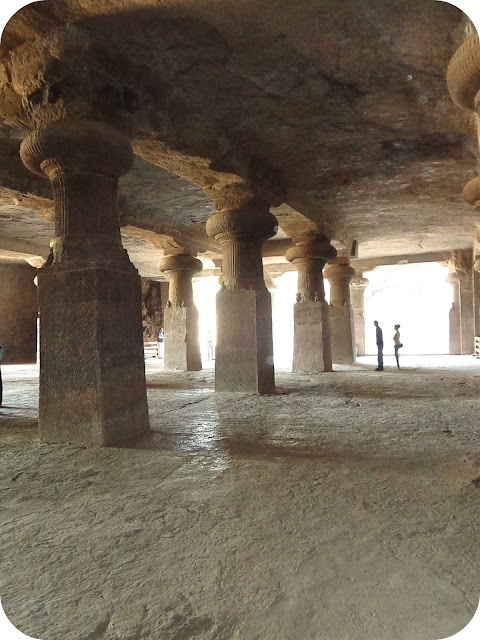 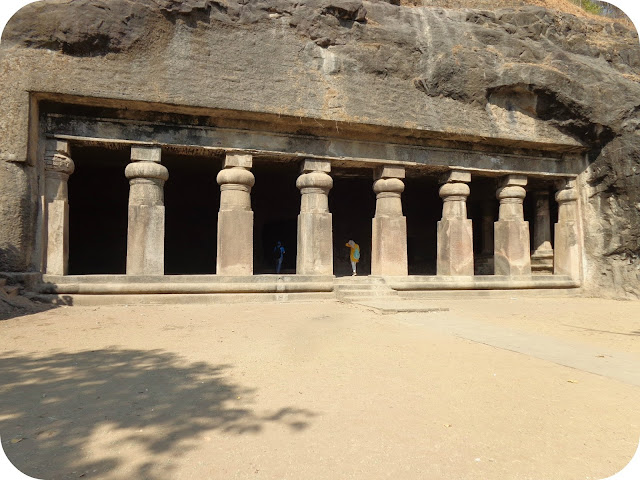 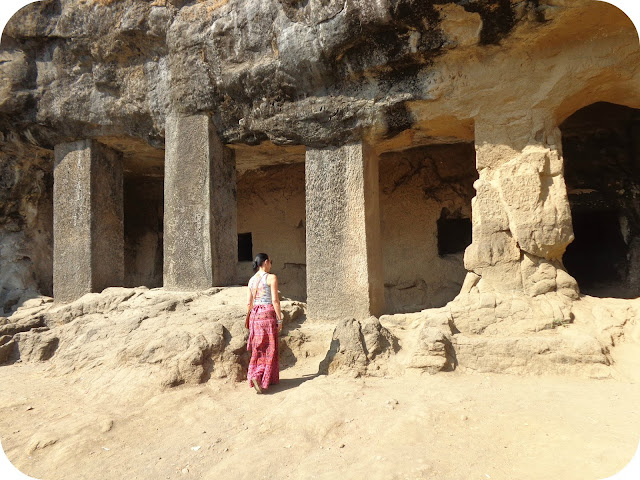 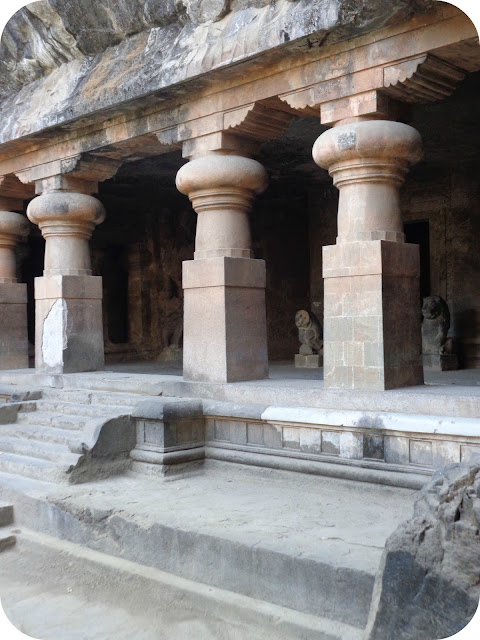 No idea what a "Prom Monky" is but these little sods were definitely a hazard. I don't know what it is with me and monkeys but wherever I am in the world they attack me. At one point a guard had to prise one off with a stick after it decided to climb up the back of my skirt and hang on for dear life. 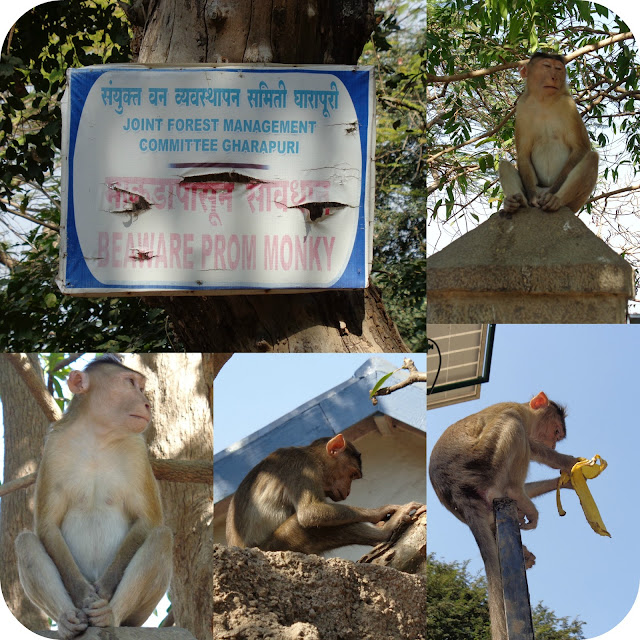 Don't even think about what that one on the left is doing with his hands, we've got the X rated photos to prove it. 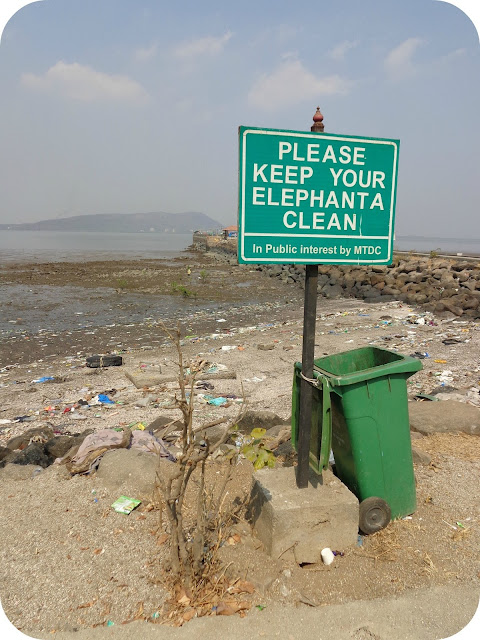 A wonderful few hours of peace away from the craziness of the city but, unlike super-clean Mumbai, litter on Elephanta was a problem. 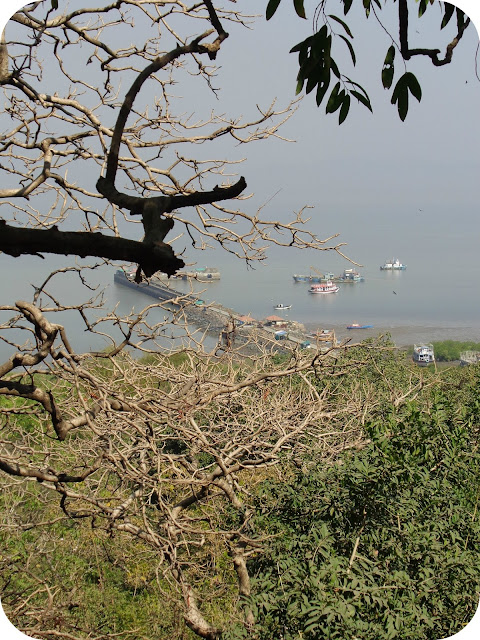 As usual, on our way out to eat, we paid a visit to the Cat Man of Colaba, a kindly gentleman who spends every penny he has on feeding the area's community of stray cats. The cats adore him (and so did we) and he appreciated our donation of a few quid to keep them in fresh fish, scrambled eggs and milk. 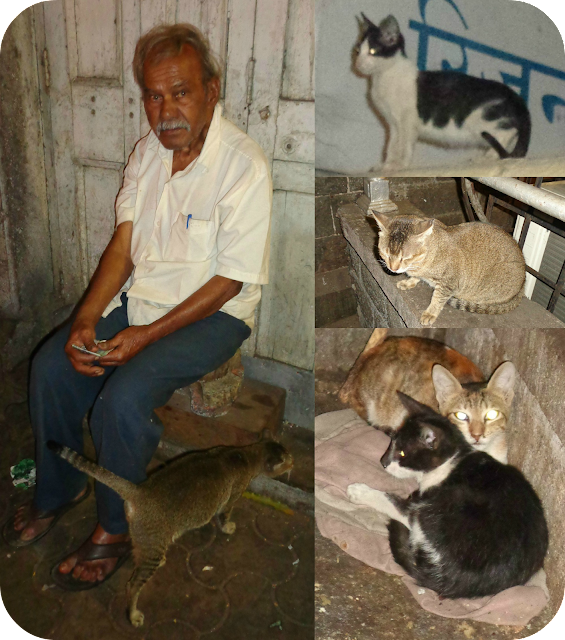 Later we had drinks in uber cool #Social (if this bar was in the UK I doubt we'd even get past the doorman). As with many big Indian cities, foreign tourists are often seated together as, rather touchingly, the staff worry about us firanghis being so far away from home. 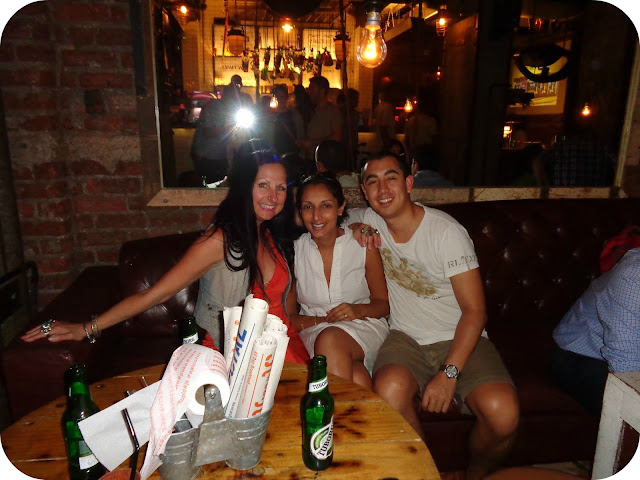 What were the chances? In a city of 22 million people we ended up sharing a table with Monisha Rajesh, author of Around India in 80 Trains, a book I like so much I own two copies!