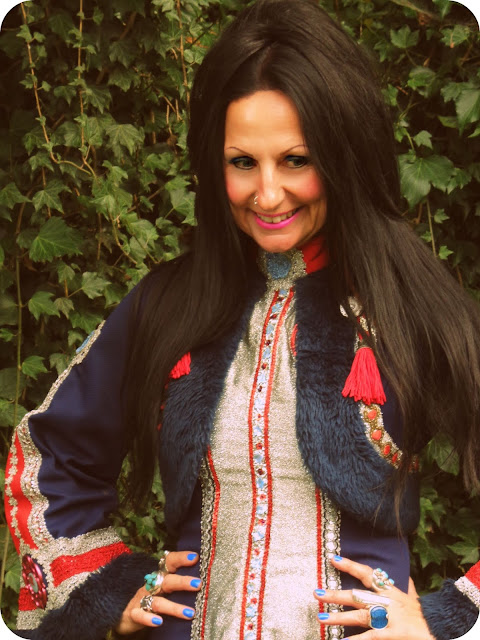 This morning we were driving through the arse end of nowhere when I spotted a charity shop on the main road of a grim ex-mining town. The pavement was littered with boxes of old VHS tapes and grubby looking pushchairs but Jon parked the van and we jumped out, 'cos you just never know. 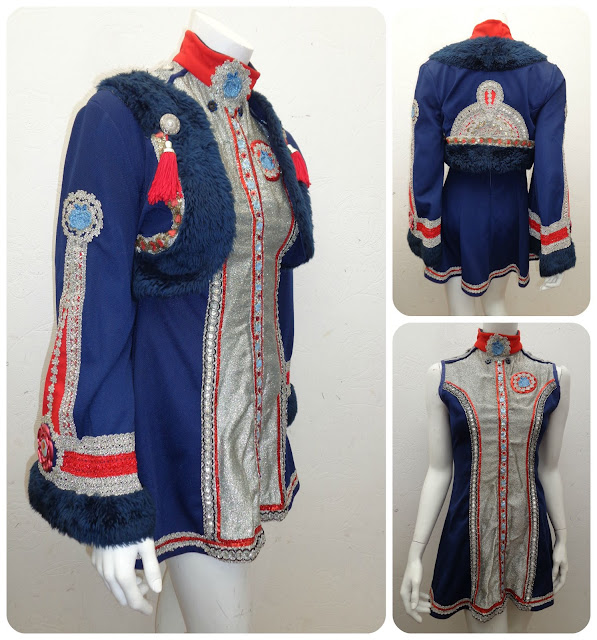 On first glance the inside of the shop showed the same lack of promise as the outside, until I spotted a hint of blue fake fur set on a trumpet shaped sleeve. I pulled it out and to my absolute amazement discovered a garment dripping with tassels, sequins, rosettes and metallic trimmings. 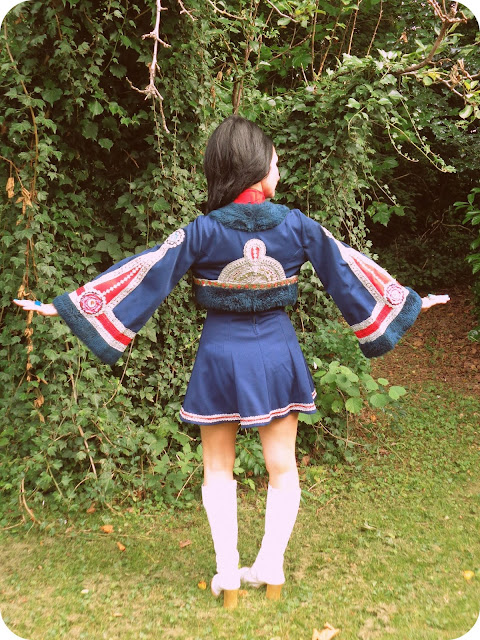 Handmade from Crimplene with a chunky metal zip, this could only be one thing, a vintage majorette's costume from one of the many marching bands popular in the Midlands from the late 1960s through to the 1970s. Find out more on local legend Brownhills Bob's blog, HERE. 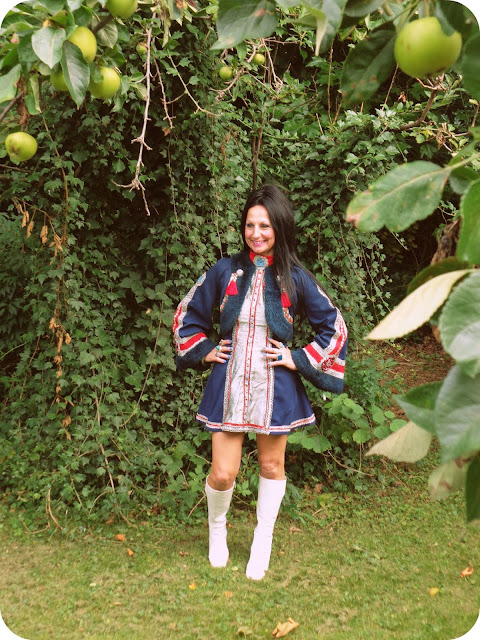 As a kid with a bad limp and no musical prowess I was never a member of a marching band. The closest I got was being a cheerleader with our town's American football team in my late teens. We wore orange sweatshirts & black Lycra hot pants and shook pompoms. Away matches would often descend into chaos when we took exception to the terrible abuse we had to endure from supporters unused to the multiculturalism of the Midlands. Pom poms would be tossed aside as we scaled the terraces to punch the racists. You can't say they weren't warned, our theme song went, We are the Titans, the Walsall Titans, you take us on boys, you should be frightened. 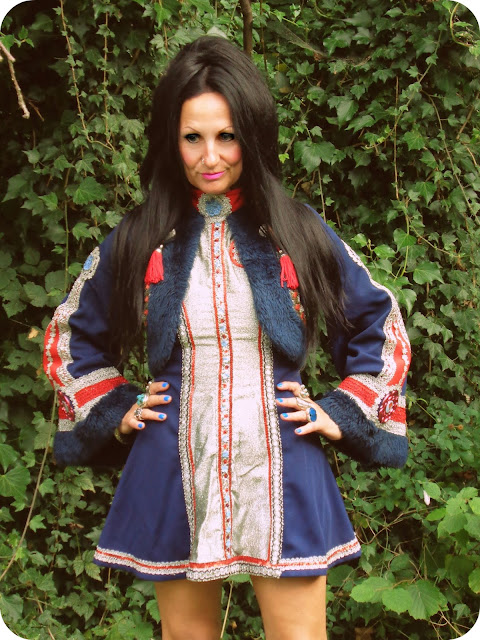 At 48 my scrapping days may be over but an abiding love for dressing up mad costumes remains. 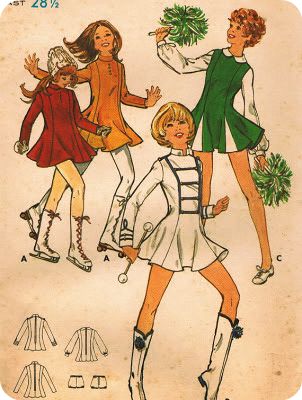 I've had this 1970s pattern in my stash for ages but haven't got round to making it. 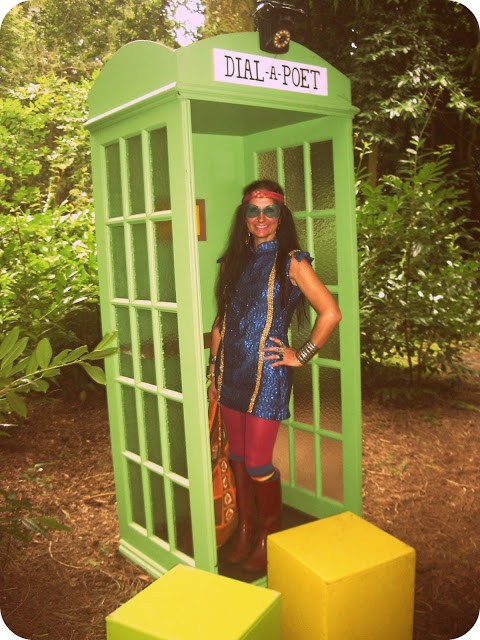 I wore this majorette's costume at the End of the Road Festival in 2012 and funnily enough I'm going back next week (as a trader this time). 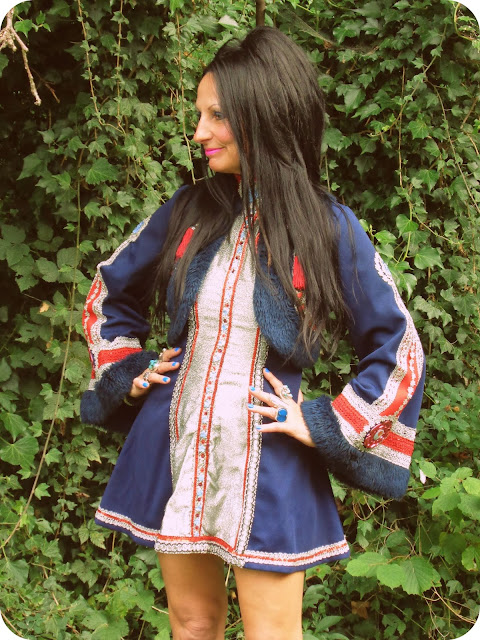 I think this outfit will be joining me, it'll match my red wellies. I like how the bolero detaches from the dress, it'll be fab over a maxi when it gets chilly after sunset, dead practical you see!

A post on a Saturday, that's something that hasn't happened for an eternity. Hope you're having a fab weekend (a long one for some of us!)