Holy Cow! Adventures in Goa & Beyond 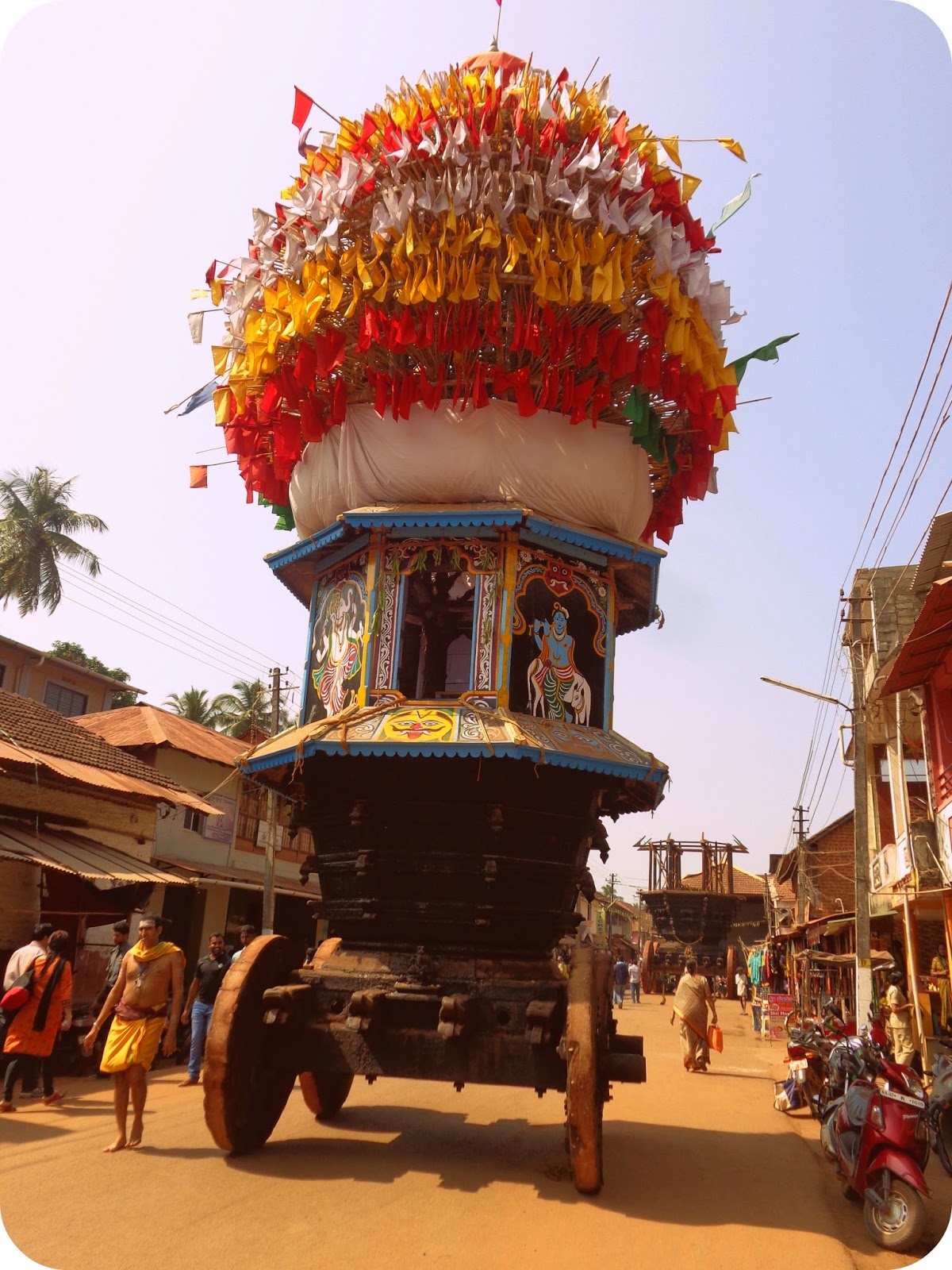 After a short ride on the train we reached Gokarna in the neighbouring state of Karnataka, a sacred coastal town popular with Hindu pilgrims for over two millennia. It is believed that Shiva was reborn here through the ear of a cow (Gokarna means cow's ear). A statue, situated in the town's Medieval temple, is believed to be so auspicious that a mere glimpse will absolve a hundred sins, even the murder of a Brahmin. 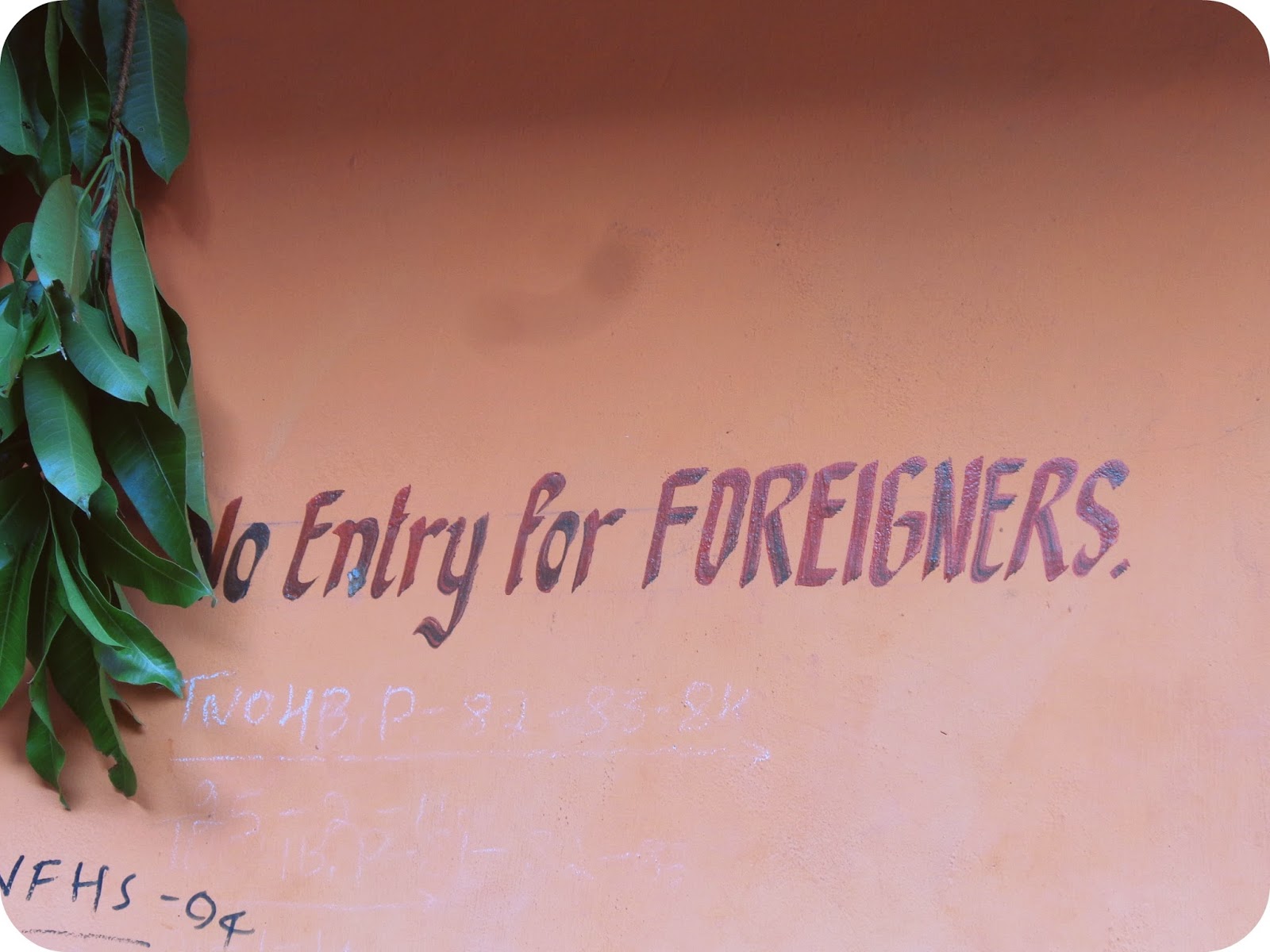 Sadly, ferenghis are banned from most of the temples, so we were forced to live with our sins for a bit longer.

On the train we flicked through our Rough Guide, liking the sound of Nimmu House. We hailed an auto rickshaw at the station (a 20 minute ride from the town/ £2) and went to take a look. The owner took us to an immaculately clean room, with an attached bathroom, at the top of the house and we agreed on 600 rupees (just over £6) a night. 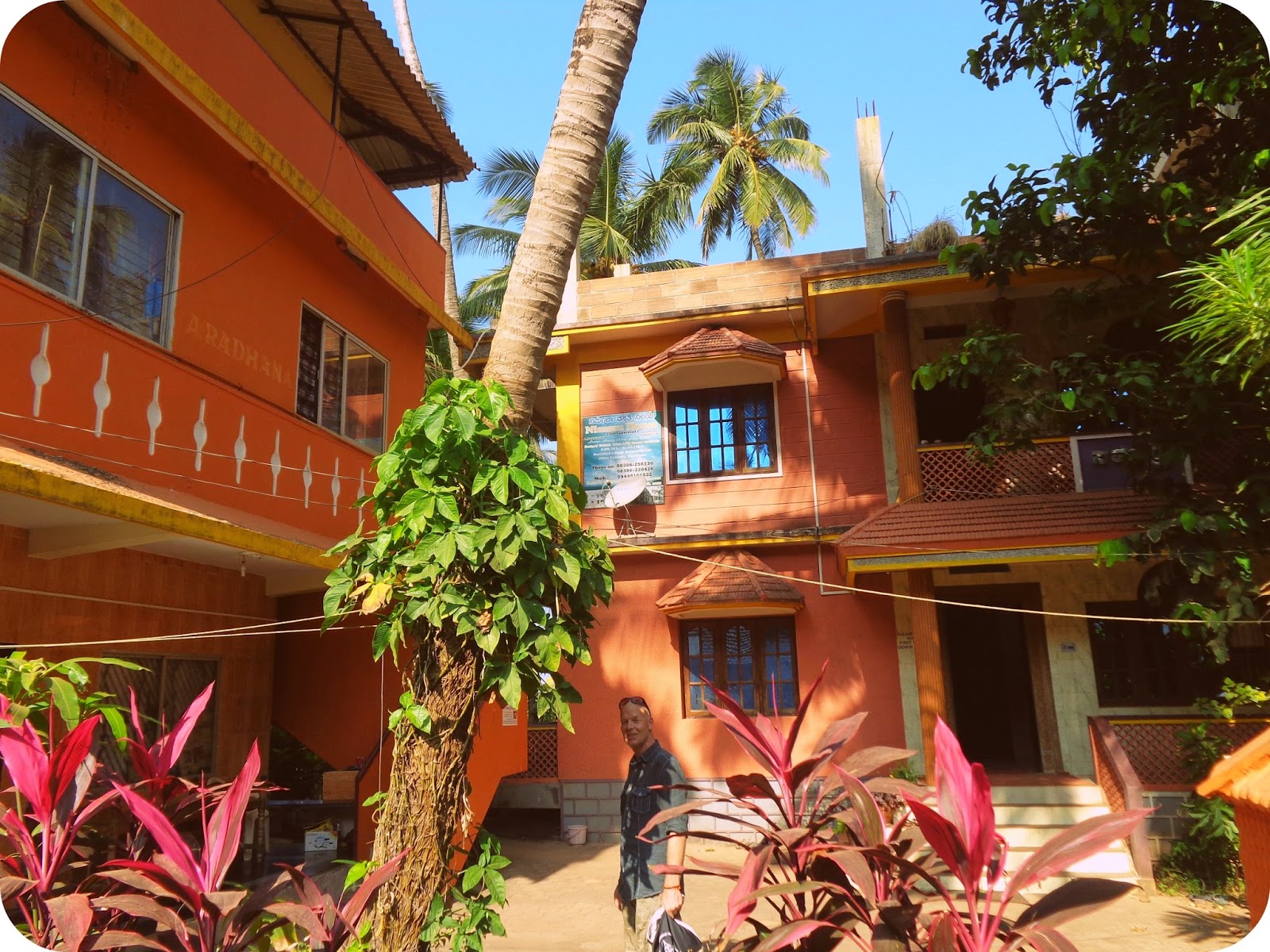 Our room had a tiny balcony overlooking the main pathway to the temple so we could watch the pilgrims pass by, unobserved. 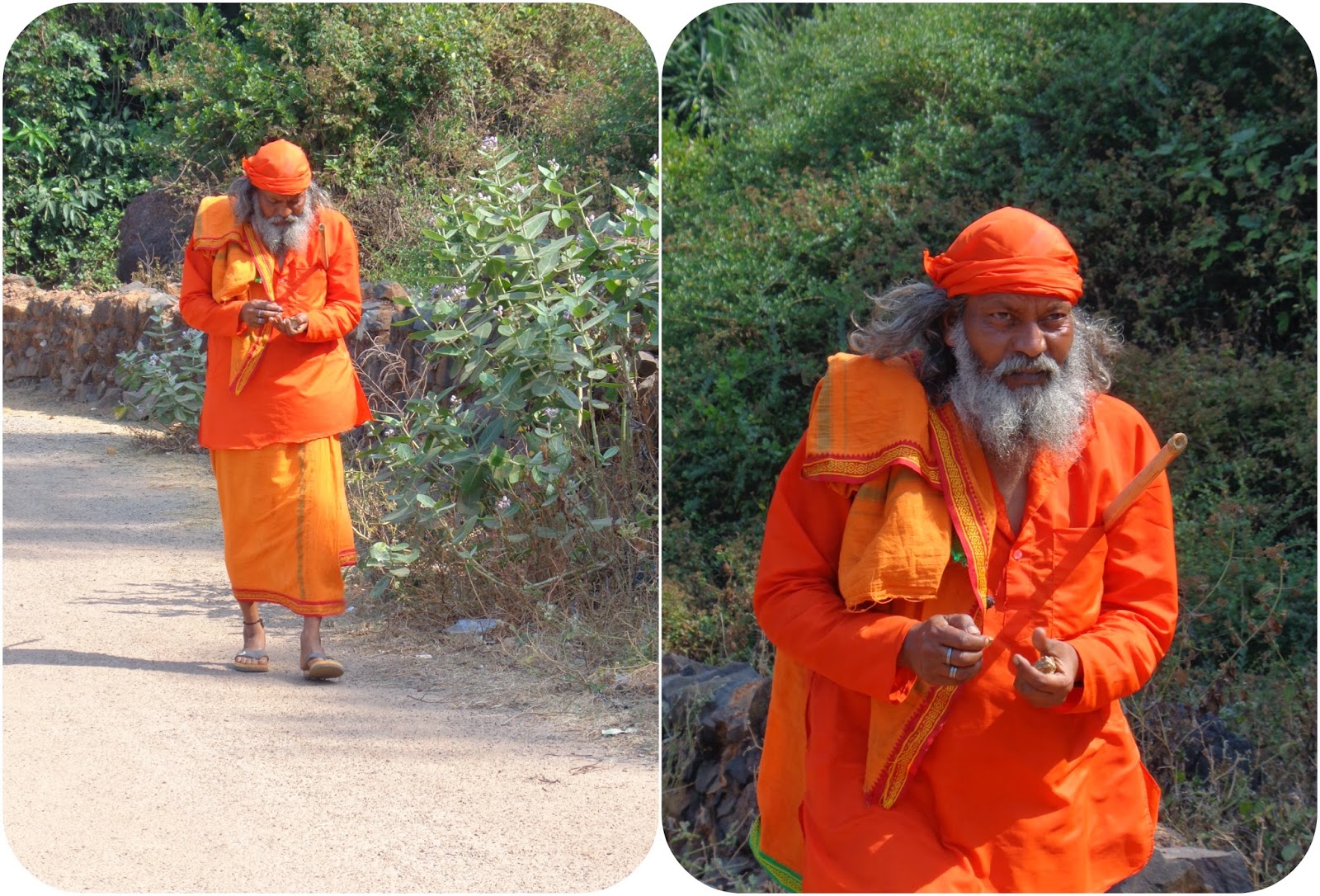 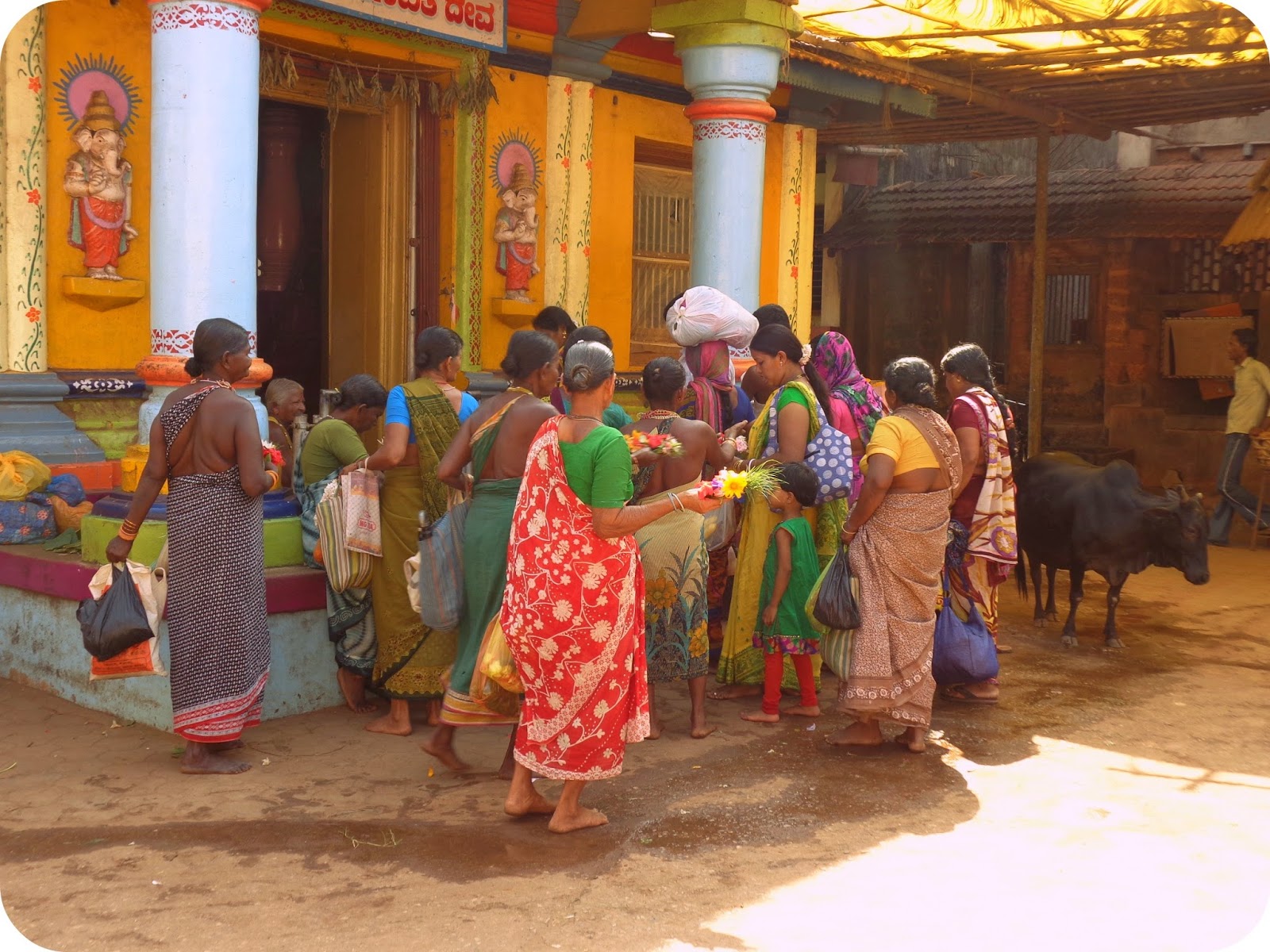 Within minutes of arrival we encountered a scene straight from The Darjeeling Limited, the body of a child borne aloft on a bier, almost entirely covered with jasmine and marigolds, accompanied by a procession of white lunghi-clad & barefoot male mourners beating drums. A heartbreaking but hauntingly beautiful sight. 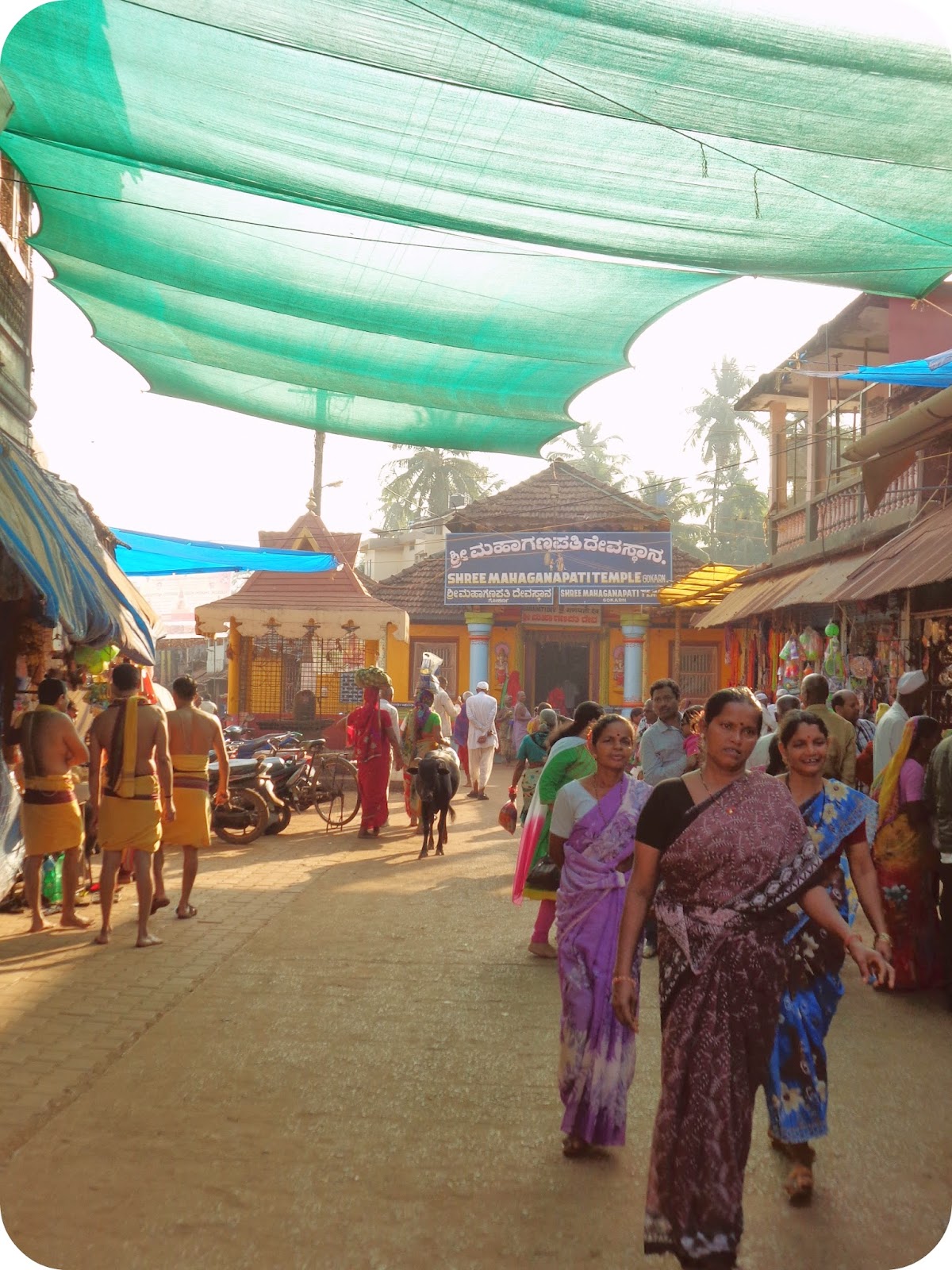 Nothing can prepare you for the wonder that is Gokarna, rituals and traditions unchanged for thousands of years.

Something to admire on every street corner. 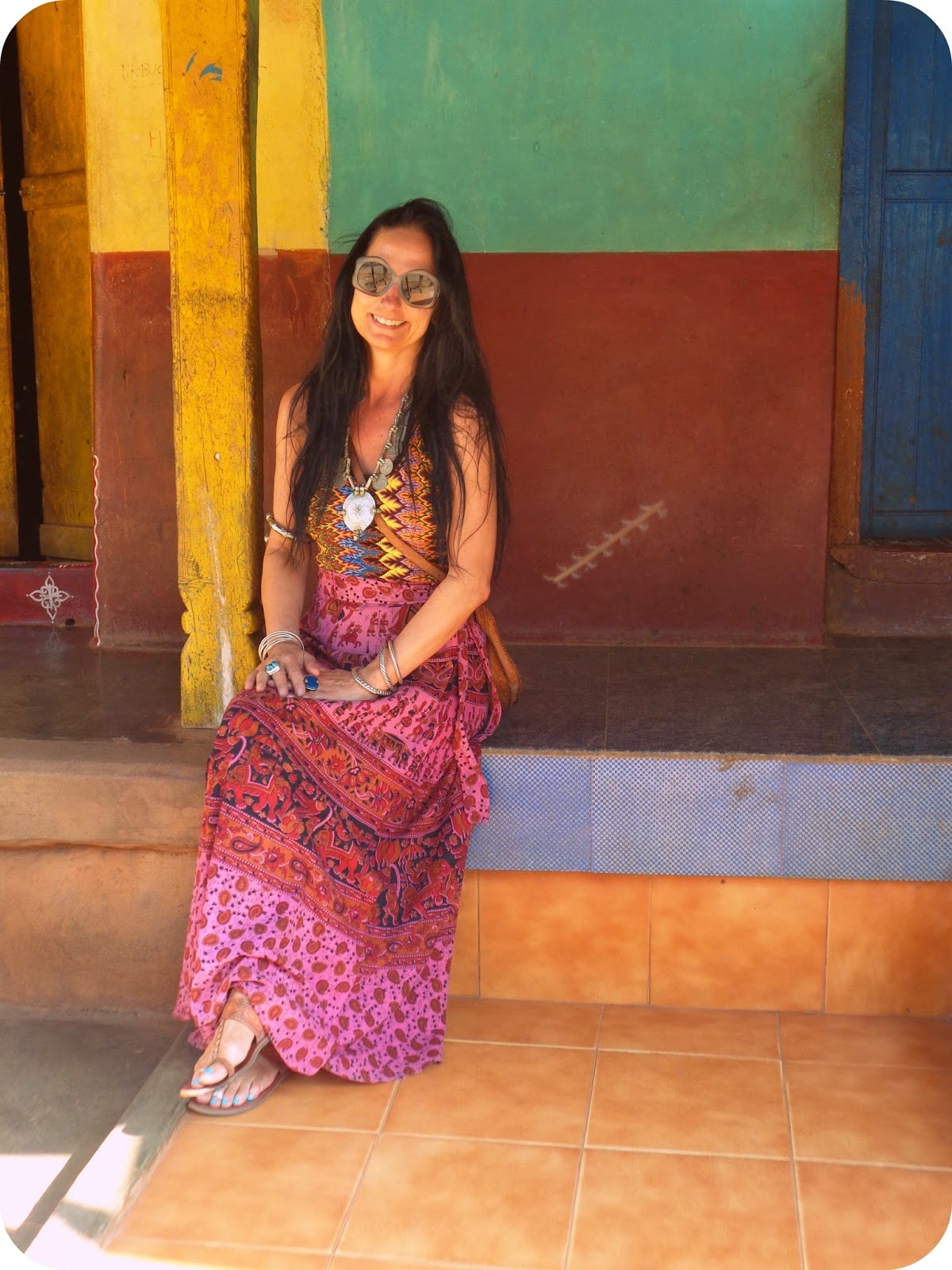 Most days we'd find a shady spot and sit, watching with amazement as life unfurled in front of us. 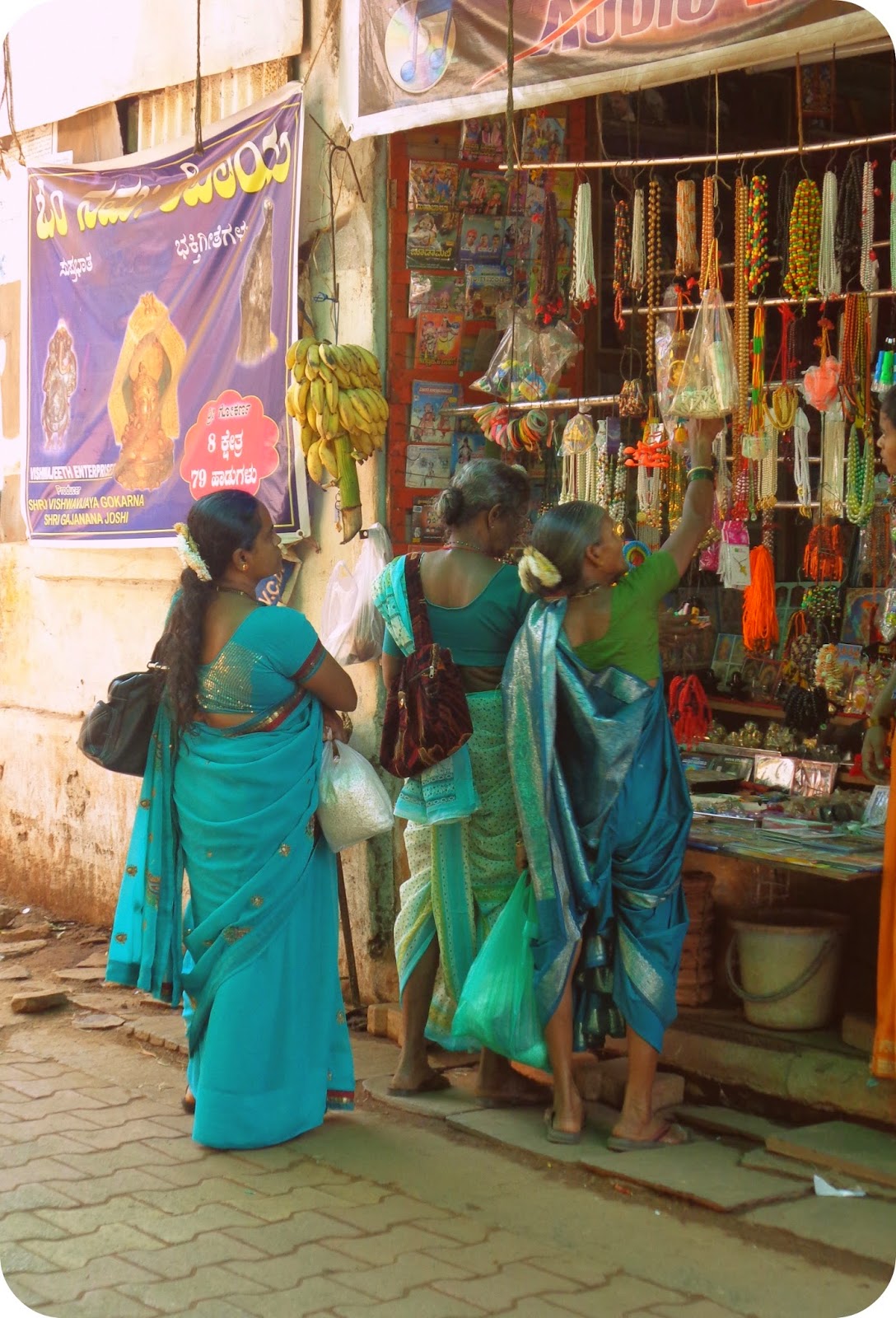 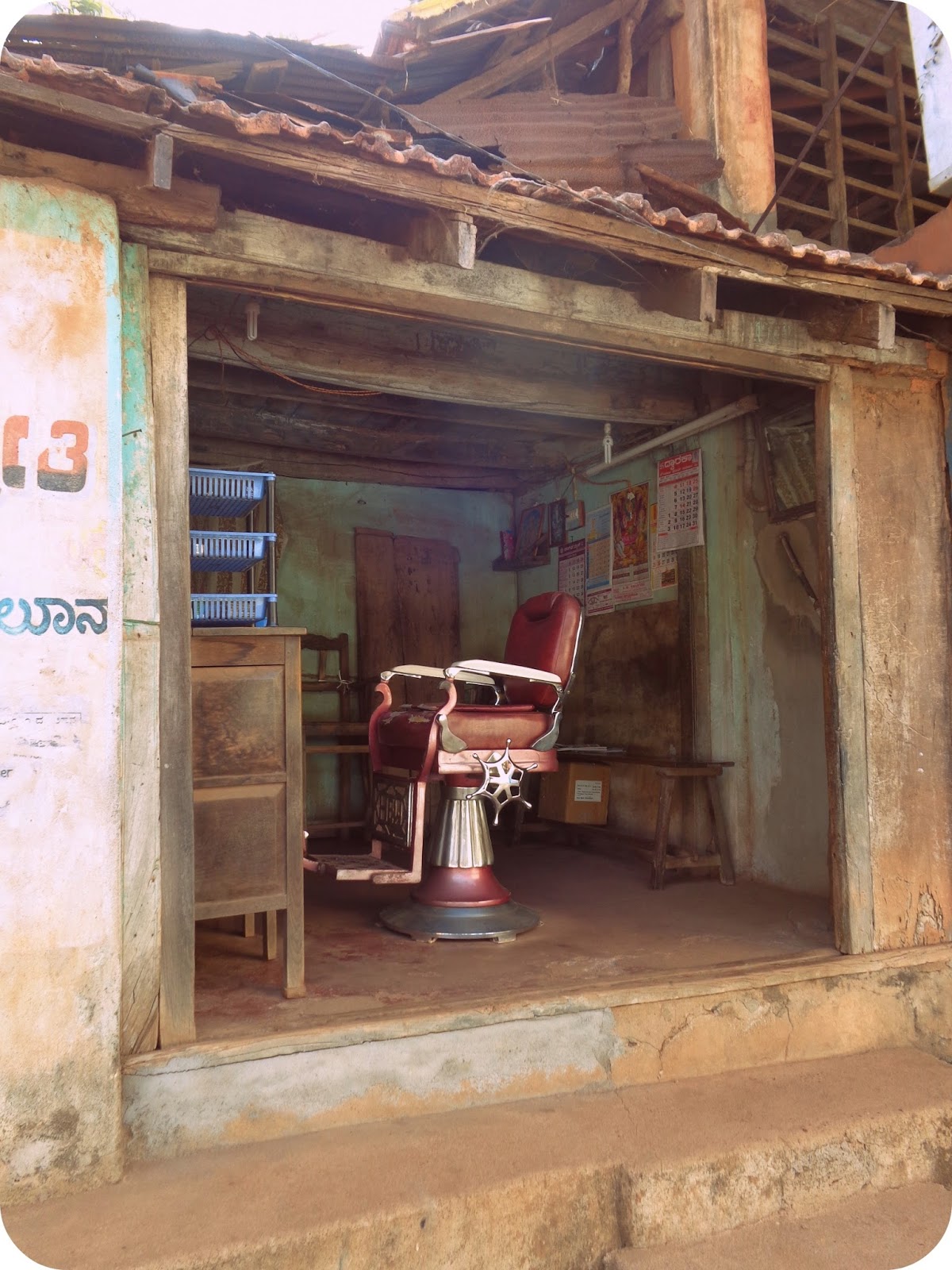 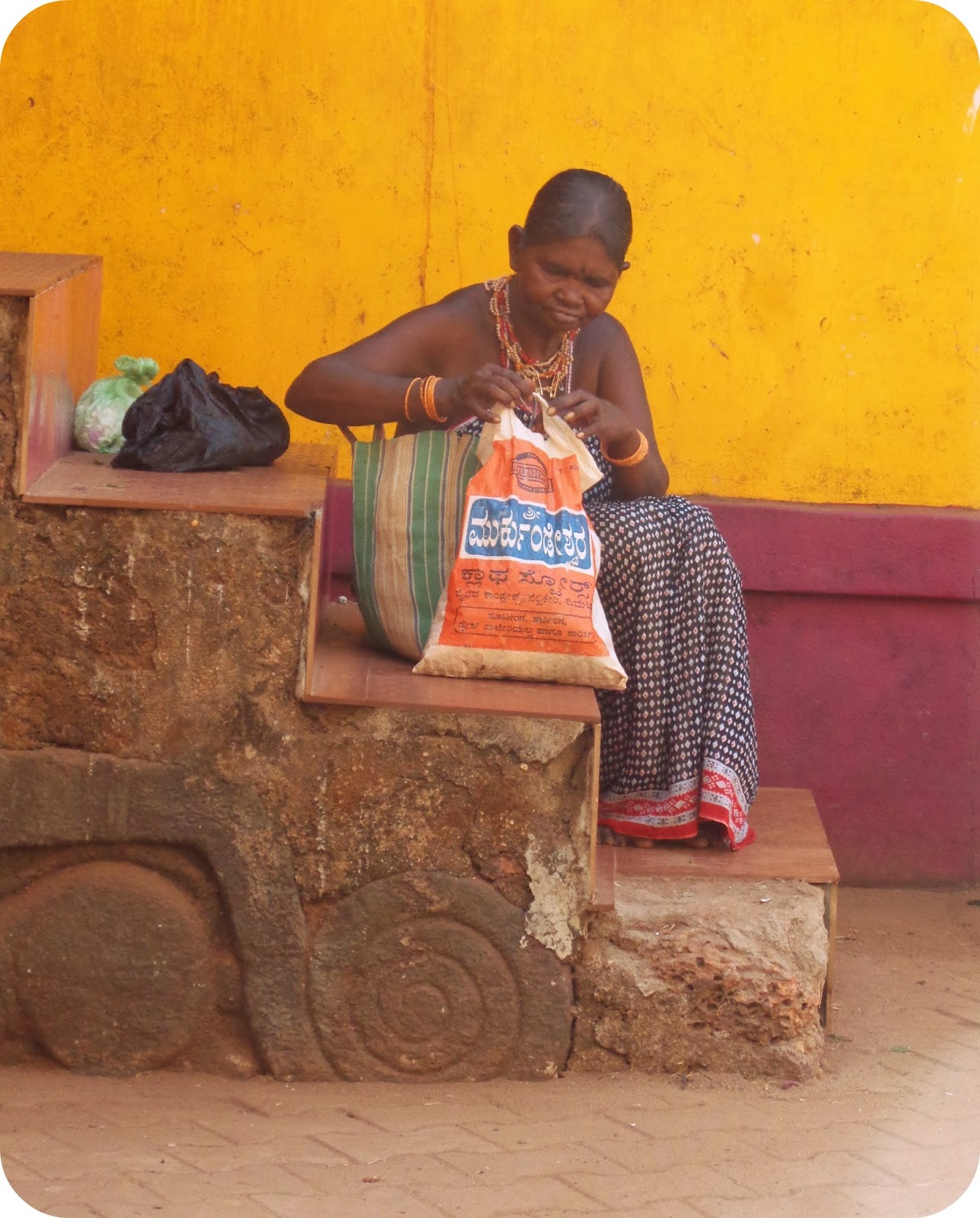 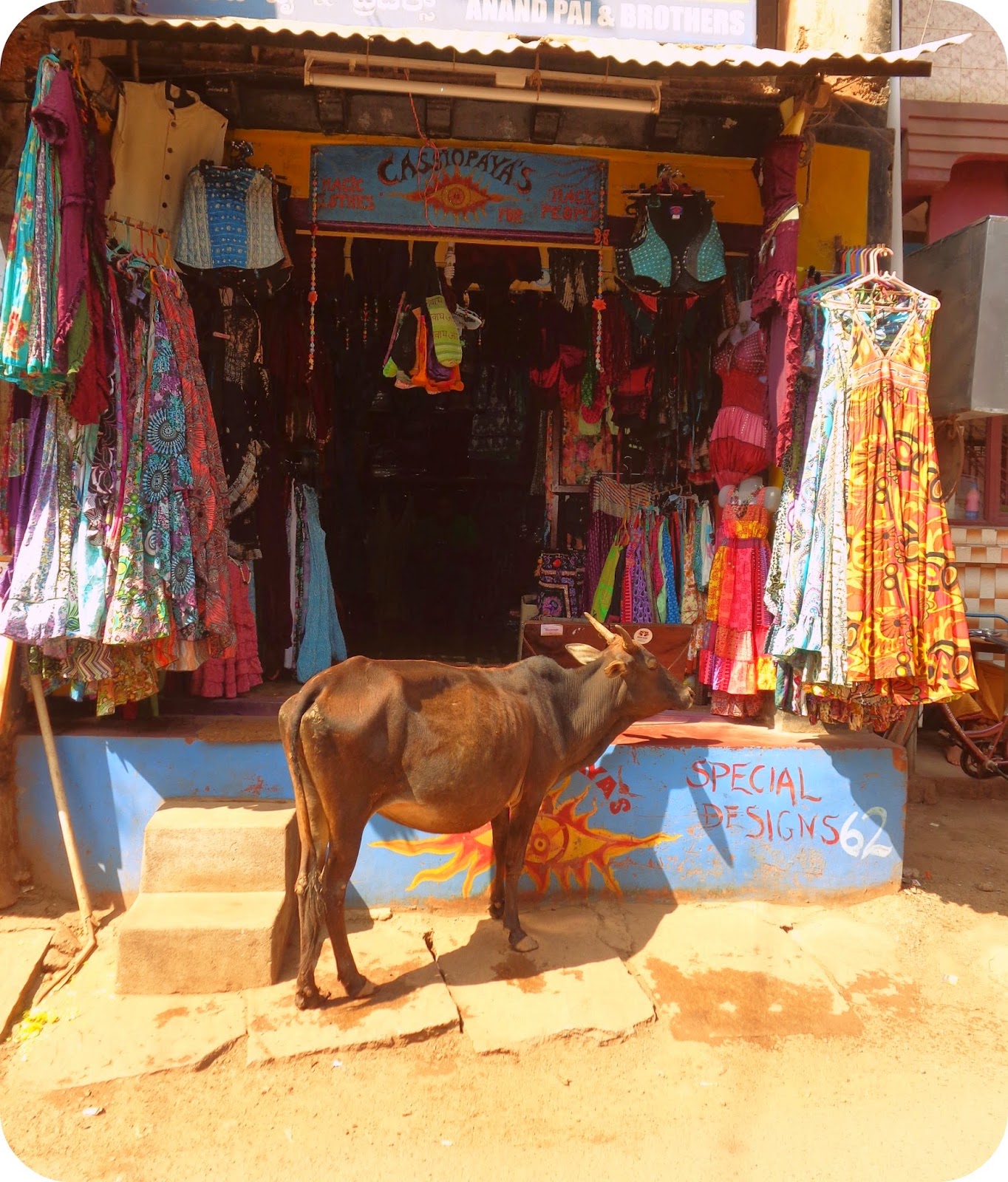 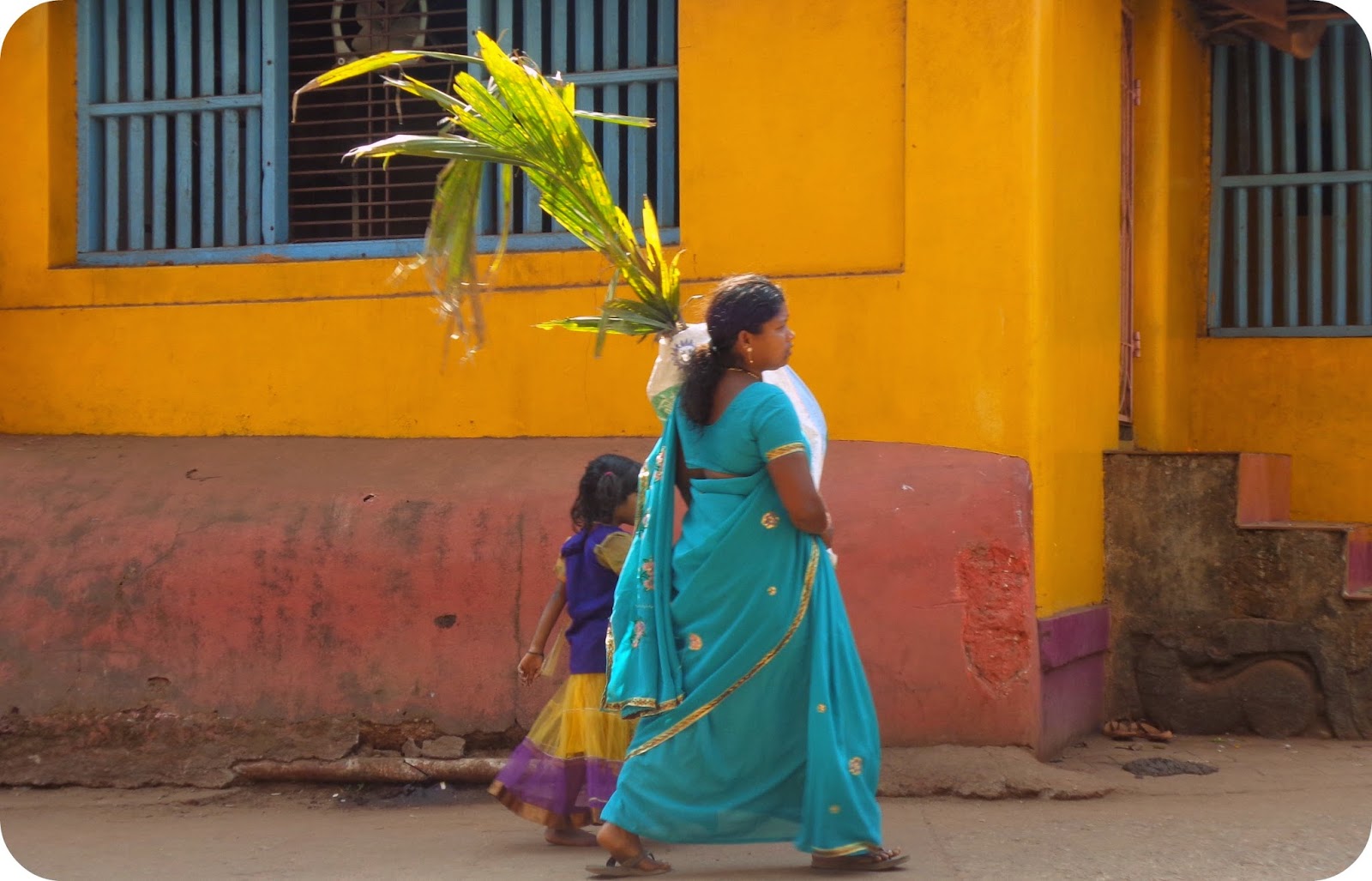 Although we'd visited three years previously, we were again spellbound by the early morning activity at temple tank, wafts of incense & wood smoke, the devotional songs echoing across the water, punctuated by the tinkle of temple bells and the gentle splish-splash of water as pilgrims bathed before prayer. 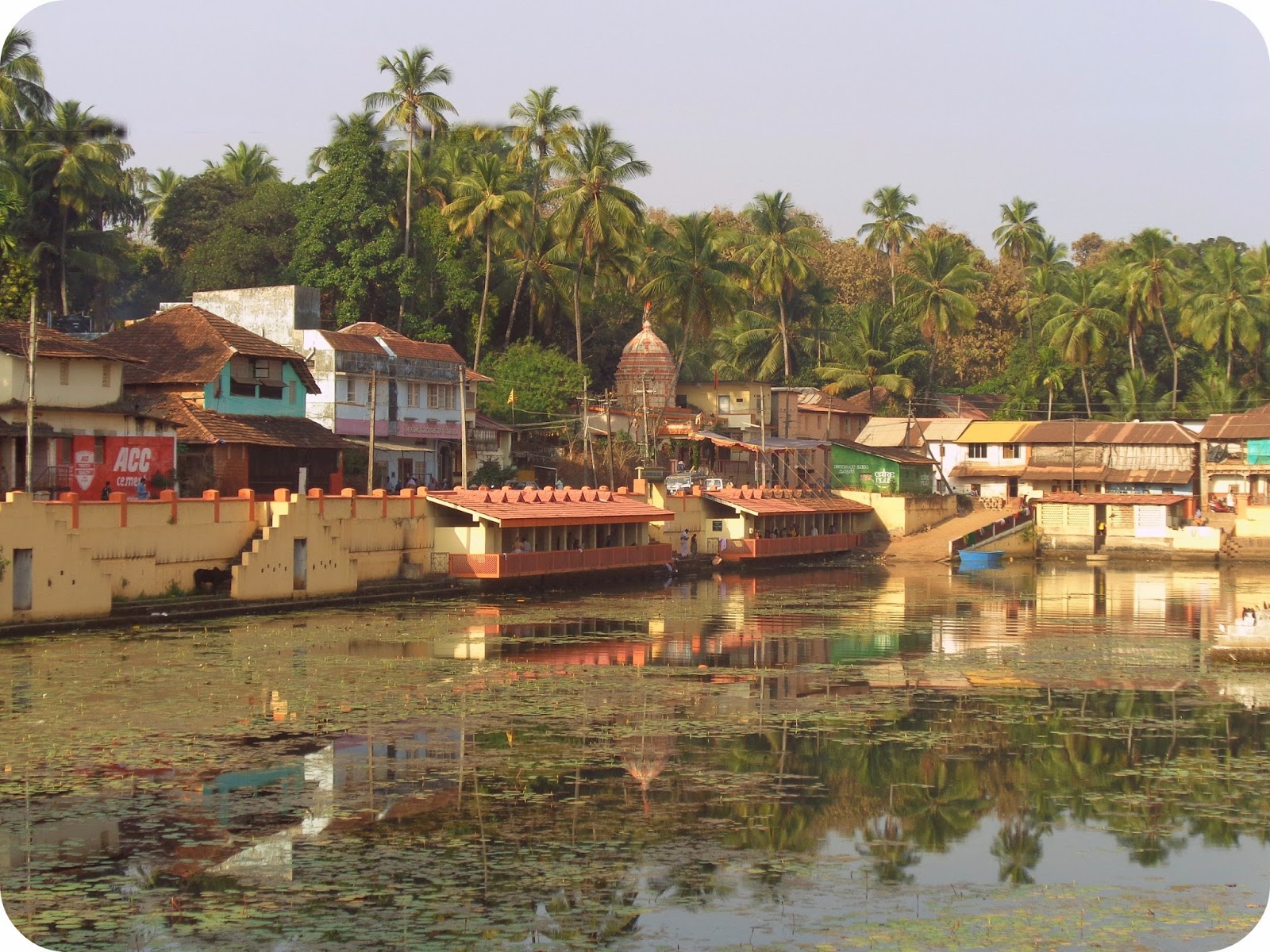 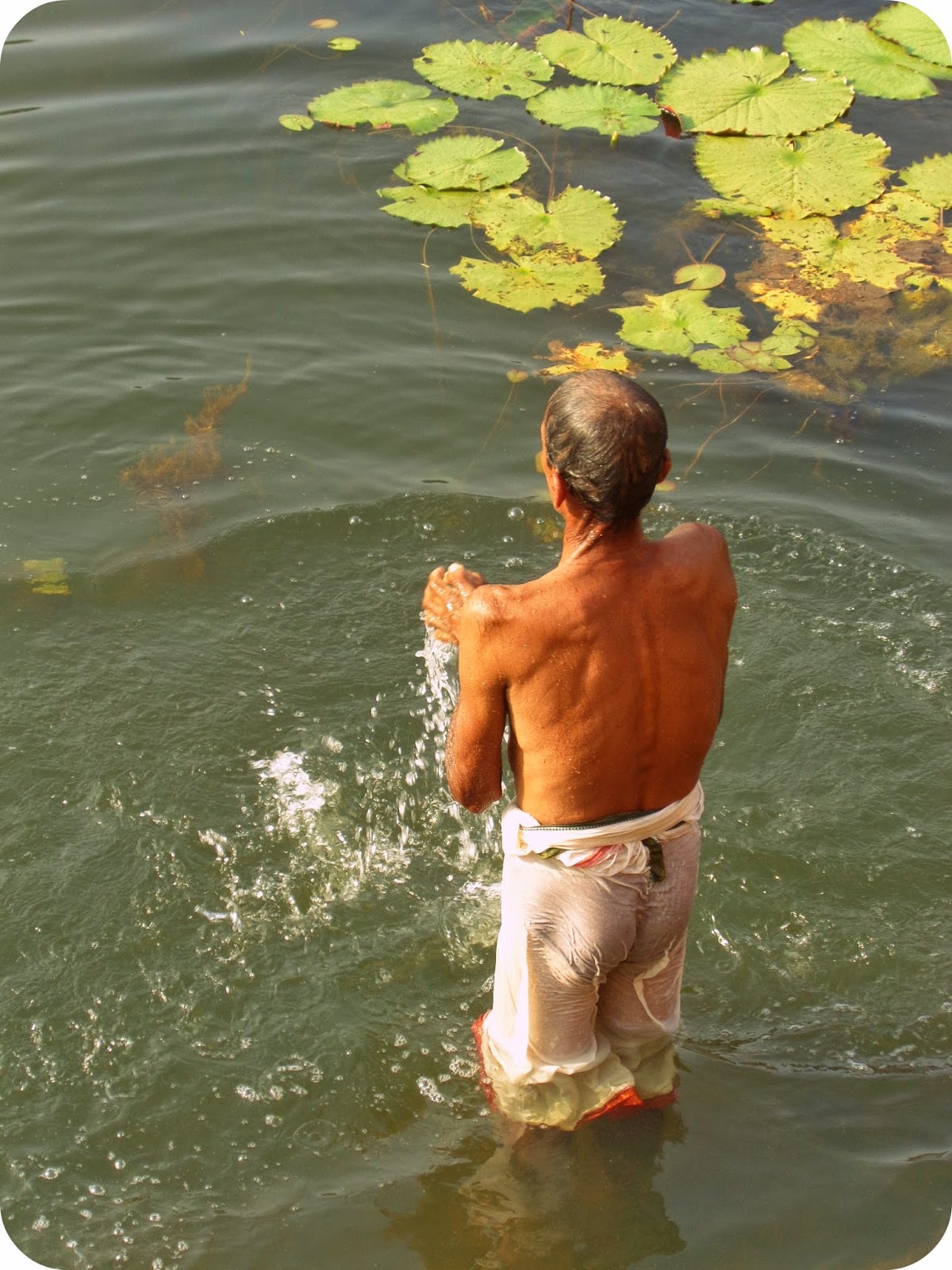 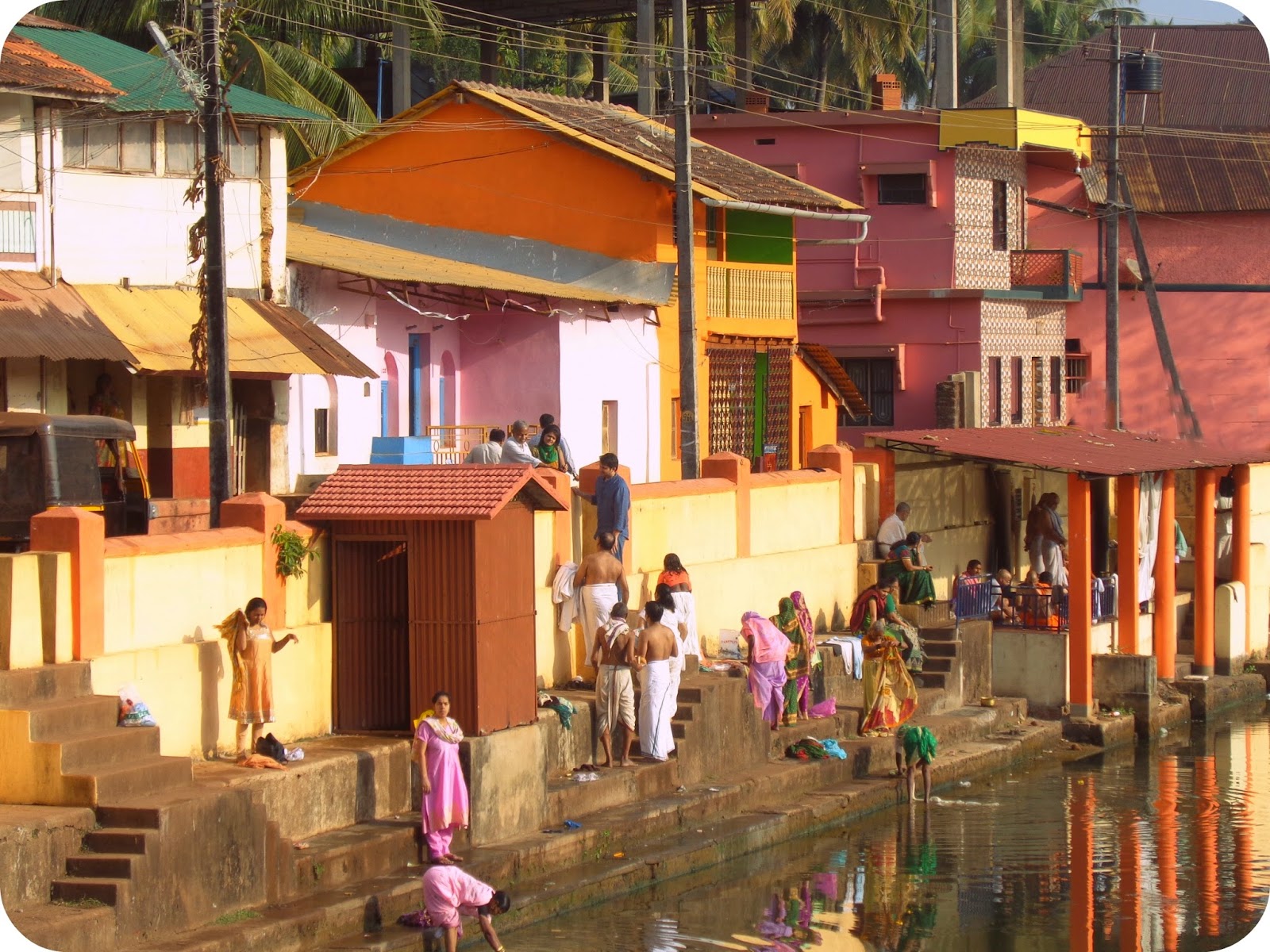 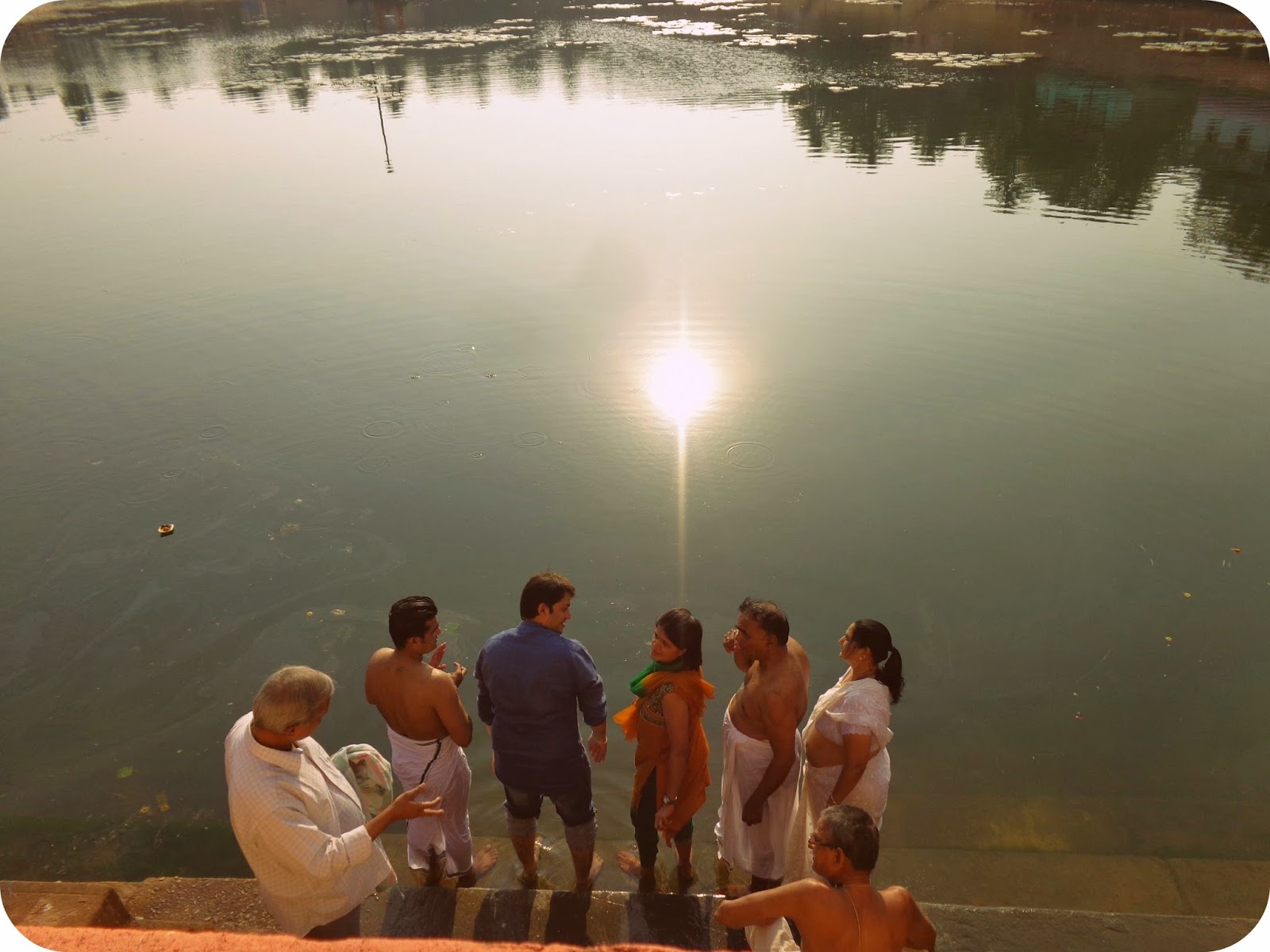 Through the shutters of one of the Medieval houses facing the tank I caught sight of an elderly man dressed in a loincloth & lying on a bed, his breath laboured and his eyes looking somewhere far beyond me, while his wife and son sat at his side, watching and waiting. Further on a lady bid me a cheerful Namaste! whilst trying to drive a cow out of her hallway with a broomstick. 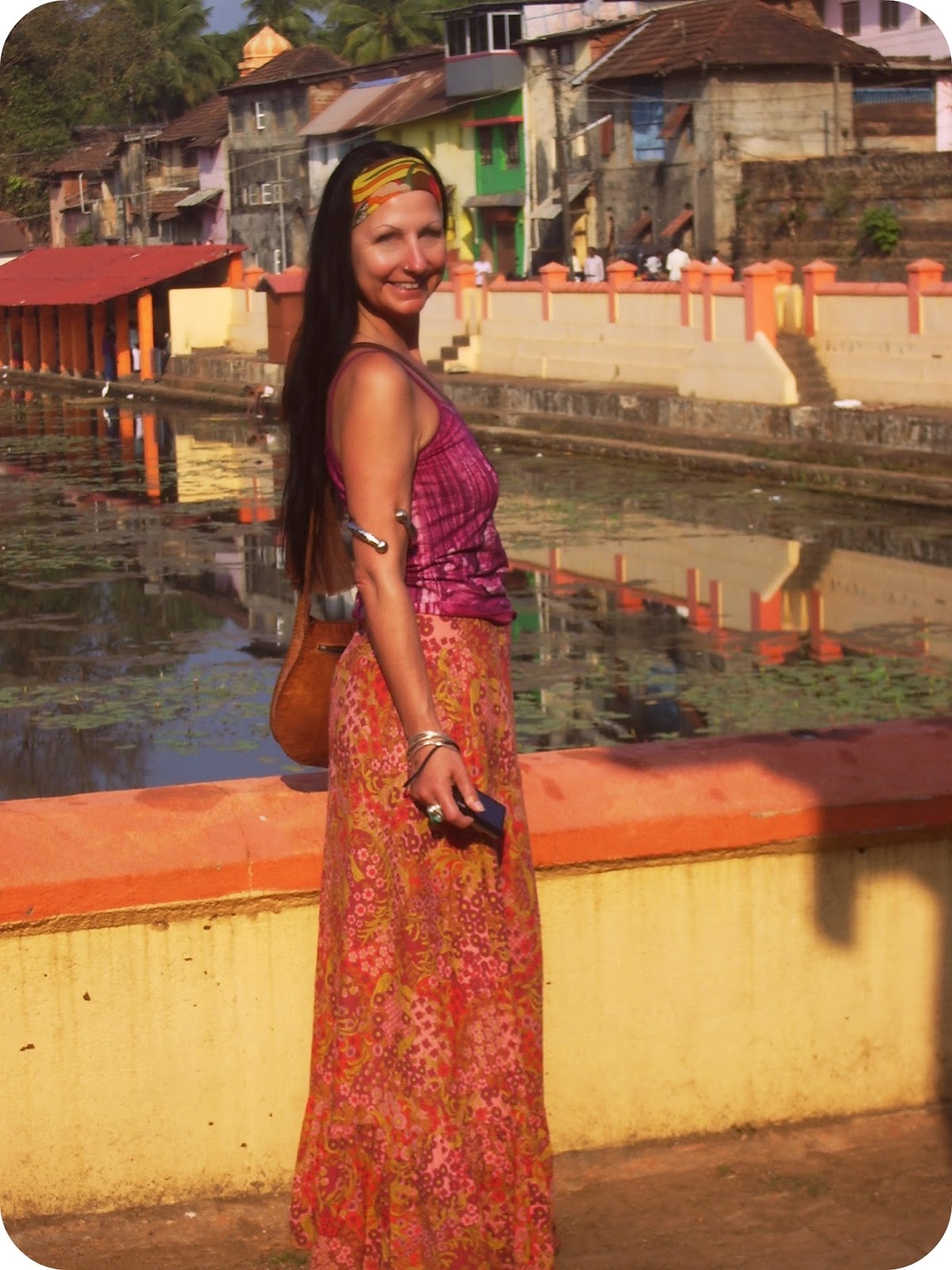 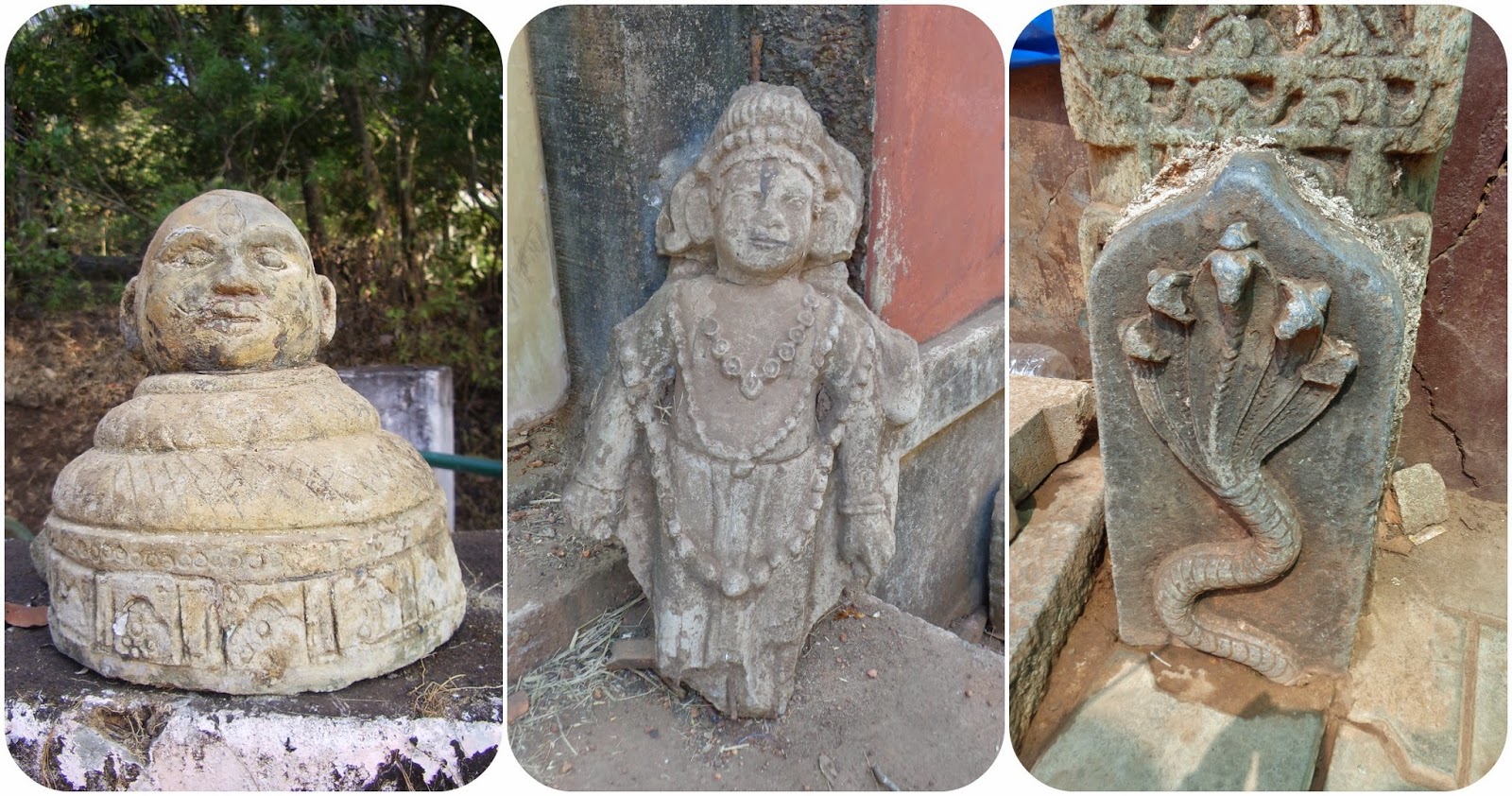 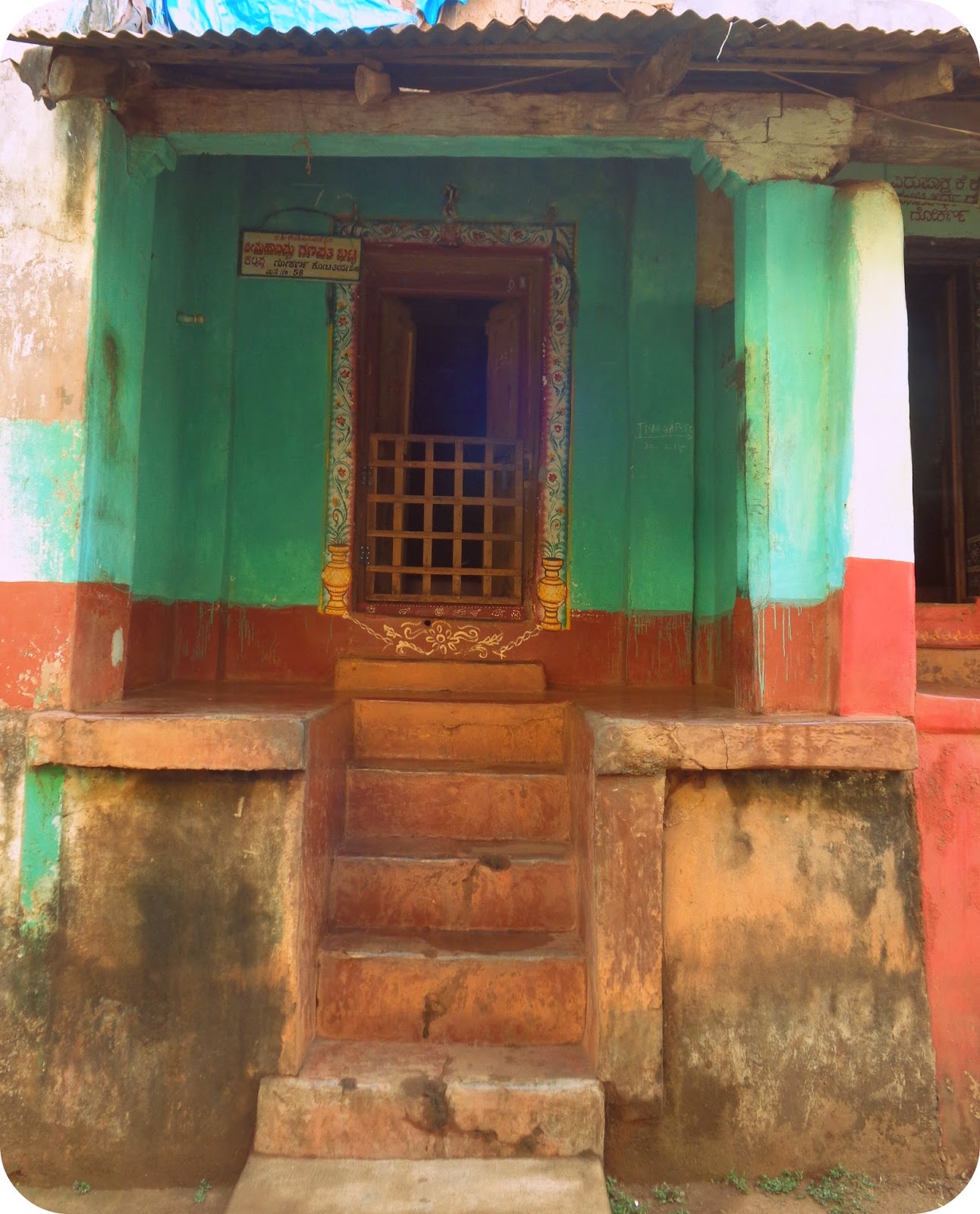 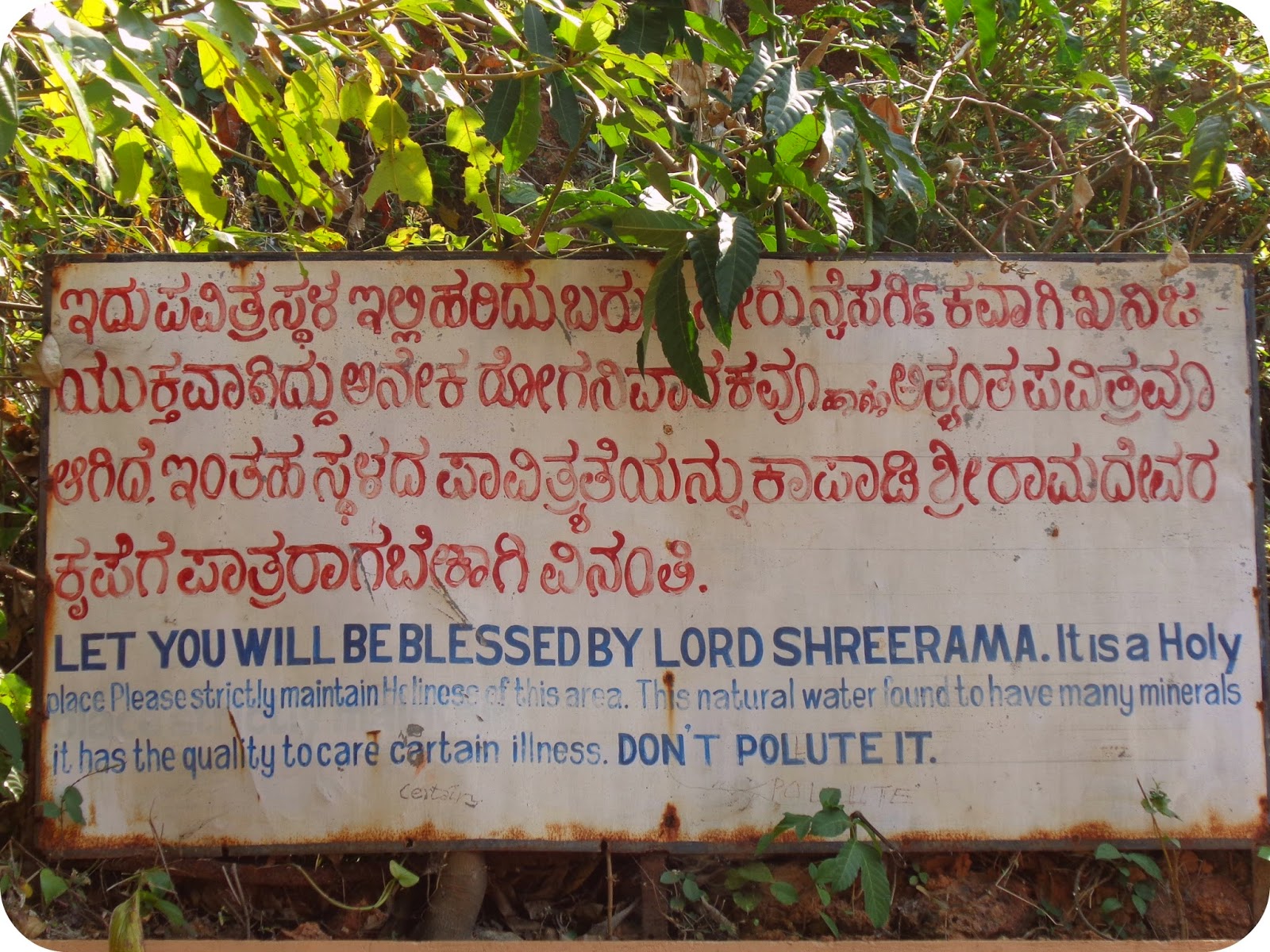 We chose an auspicious time to visit and were lucky enough to see several processions.

Although a pilgrimage site, there's a growing traveller scene with many of the old Goa crowd preferring Gokarna's simplicity and lack of commercialism. 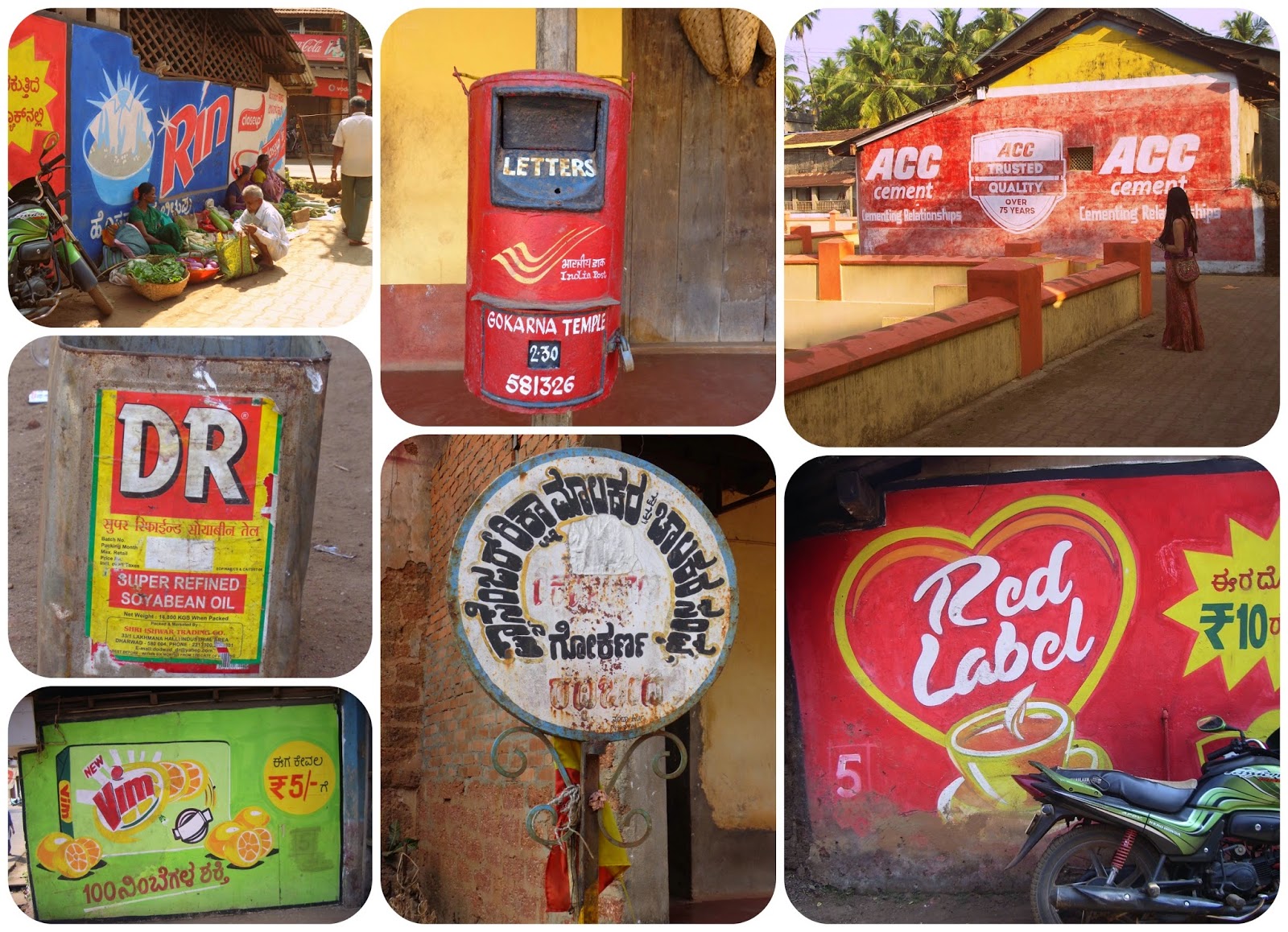 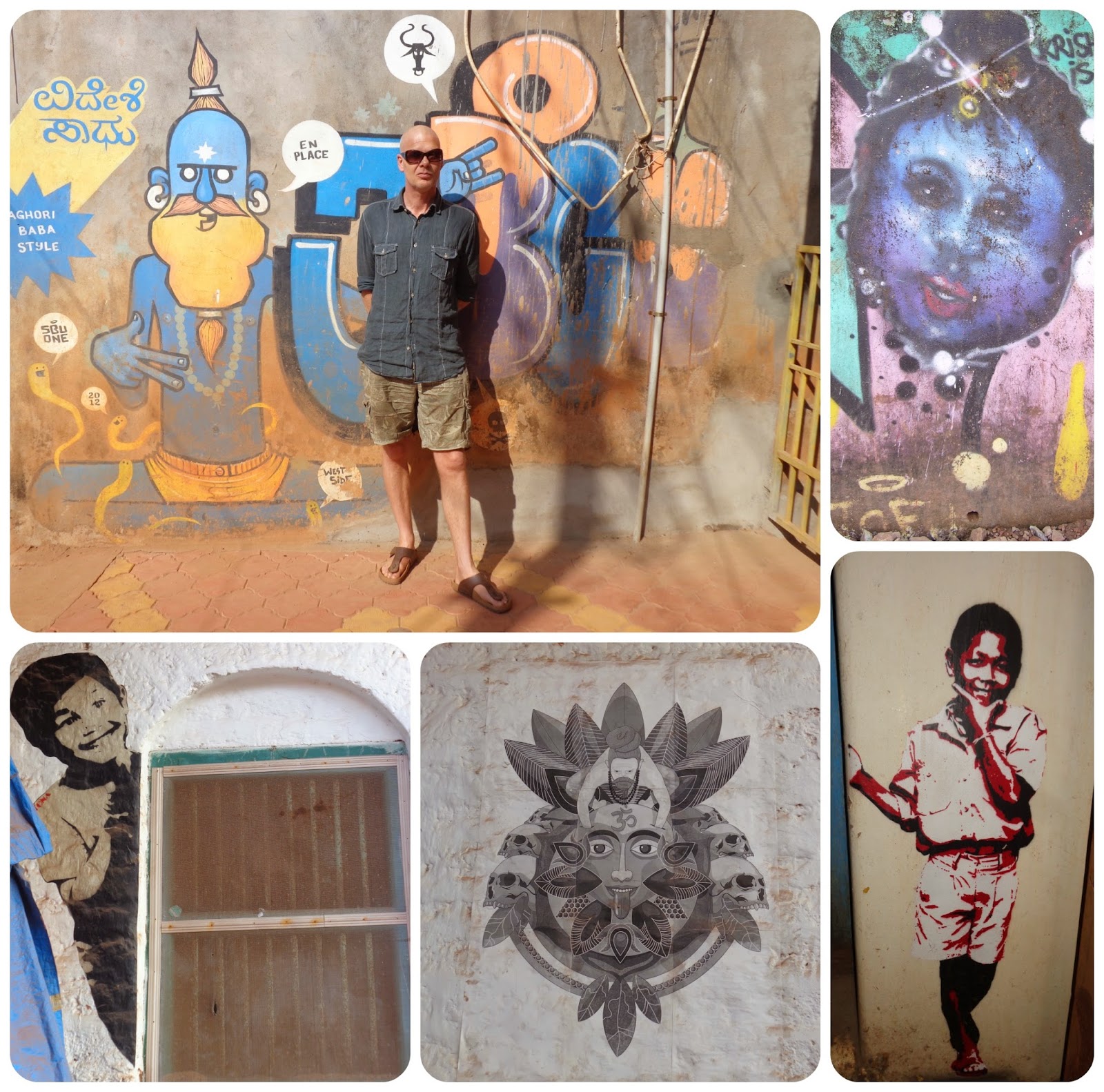 Graffiti like this is popping up around the town. According to a couple of locals the two little boys are by an anonymous English artist and there's an internet rumour that its Banksy. 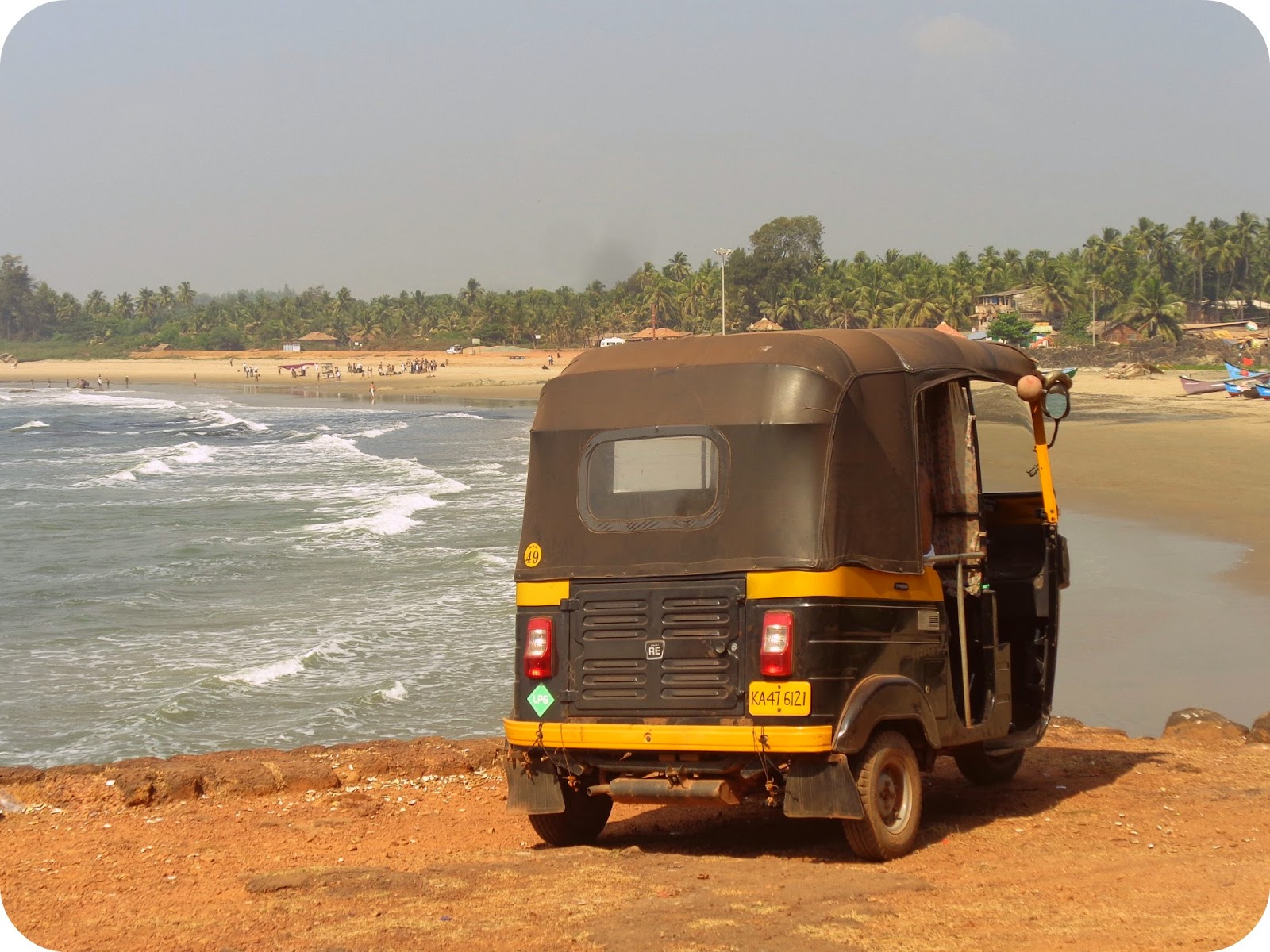 A twenty minute walk away, you'll find beach shacks selling beer, omelettes and tandoori chicken if you tire of the pure vegetarian, alcohol-free lifestyle in town or, do what we do, buy a cheap bottle of white rum (£1.80 a litre) before boarding the train in Goa and have a candlelit drink (or three) on your balcony after dinner. 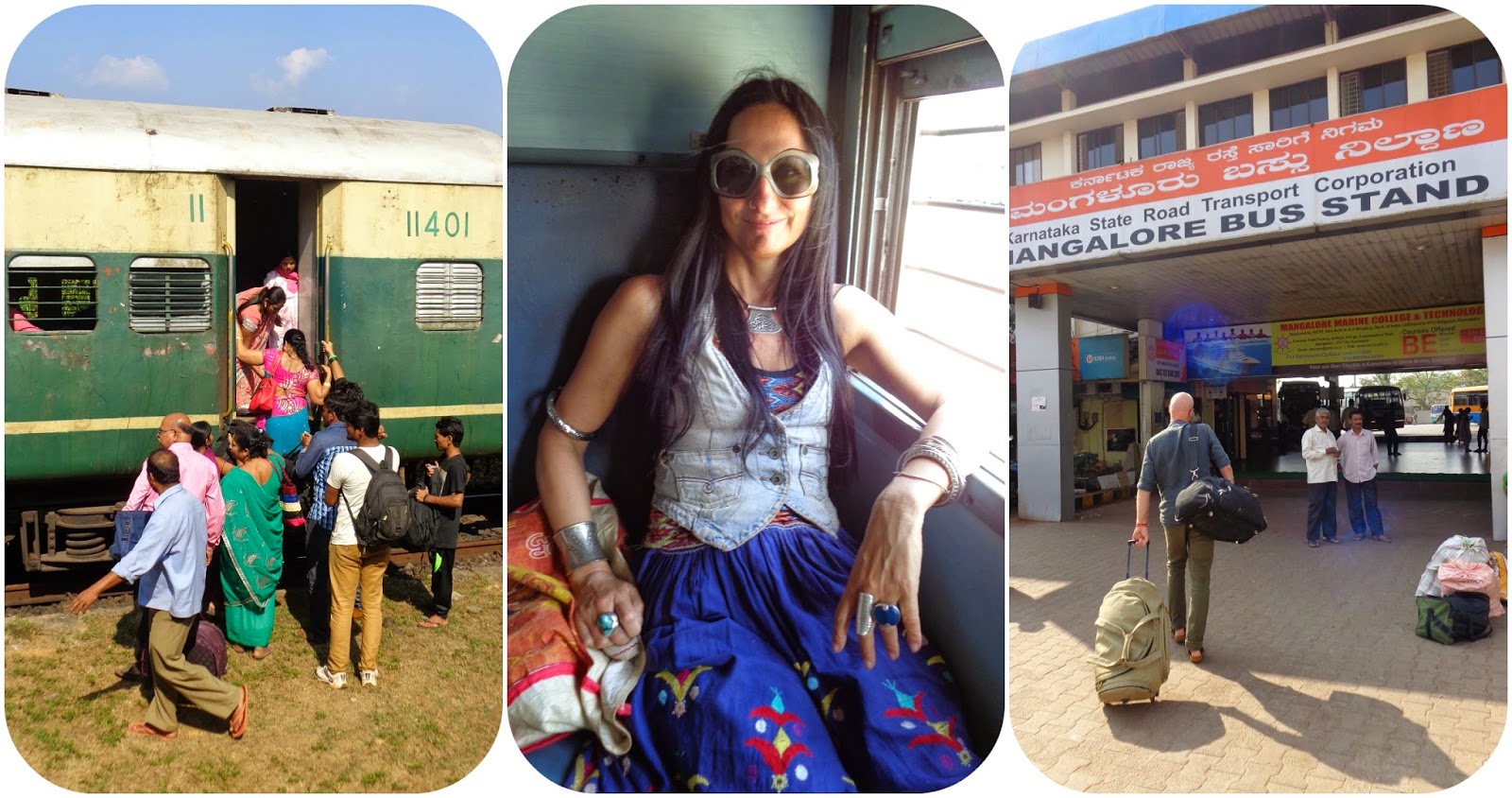 So that was Gokarna but not the end of our adventures in Karnataka. Next we embarked on an epic 12 hour journey, travelling to a place I fell in love with after reading about it in a book written 40 years ago.

PS Between us we took far too many photos. If you can bear to see more click right HERE.

Email ThisBlogThis!Share to TwitterShare to FacebookShare to Pinterest
Labels: India, Karnataka, Out and About