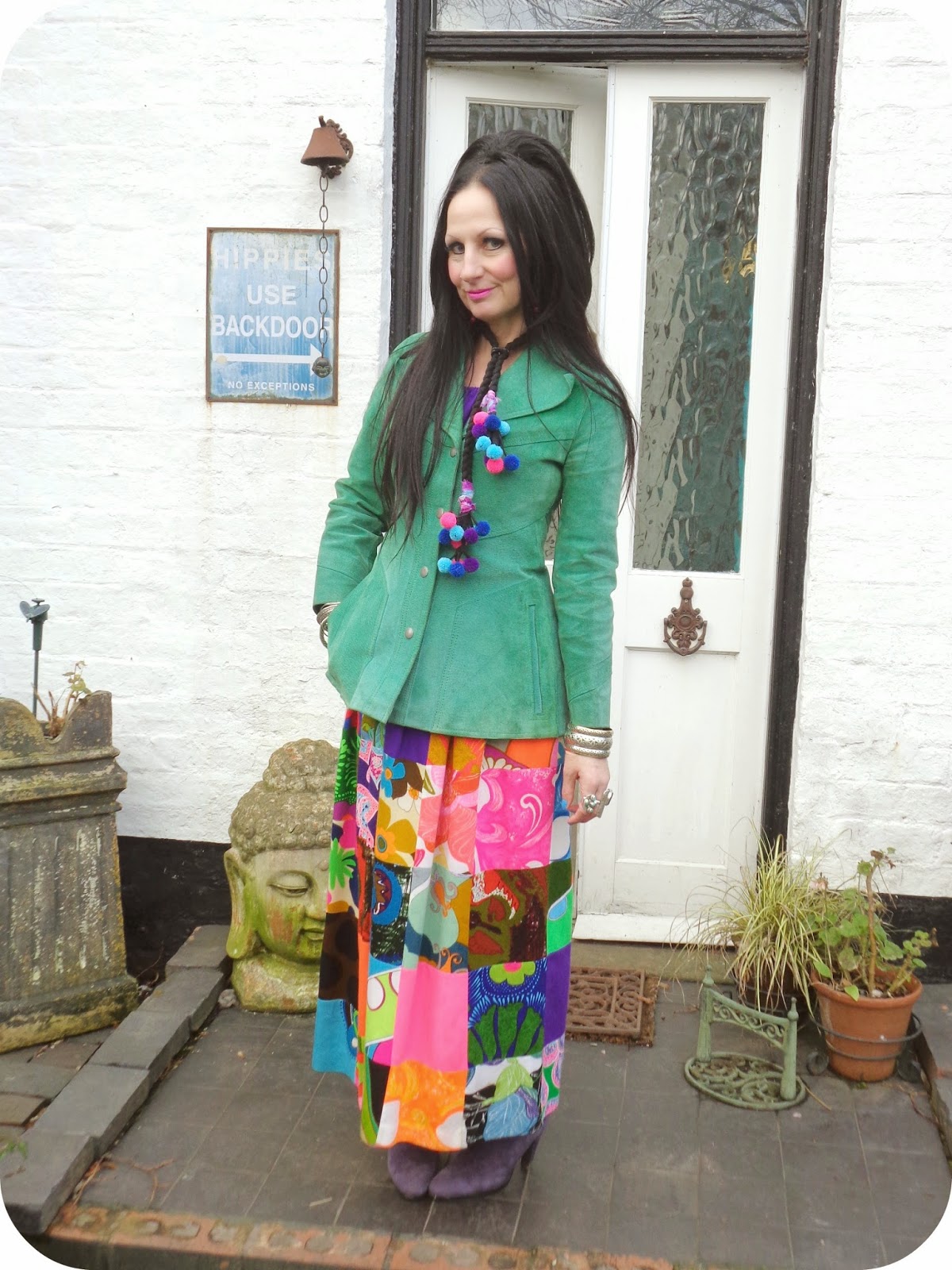 Nine years ago today my life changed forever. I went into hospital and, a week later, came out with a brand new hip. 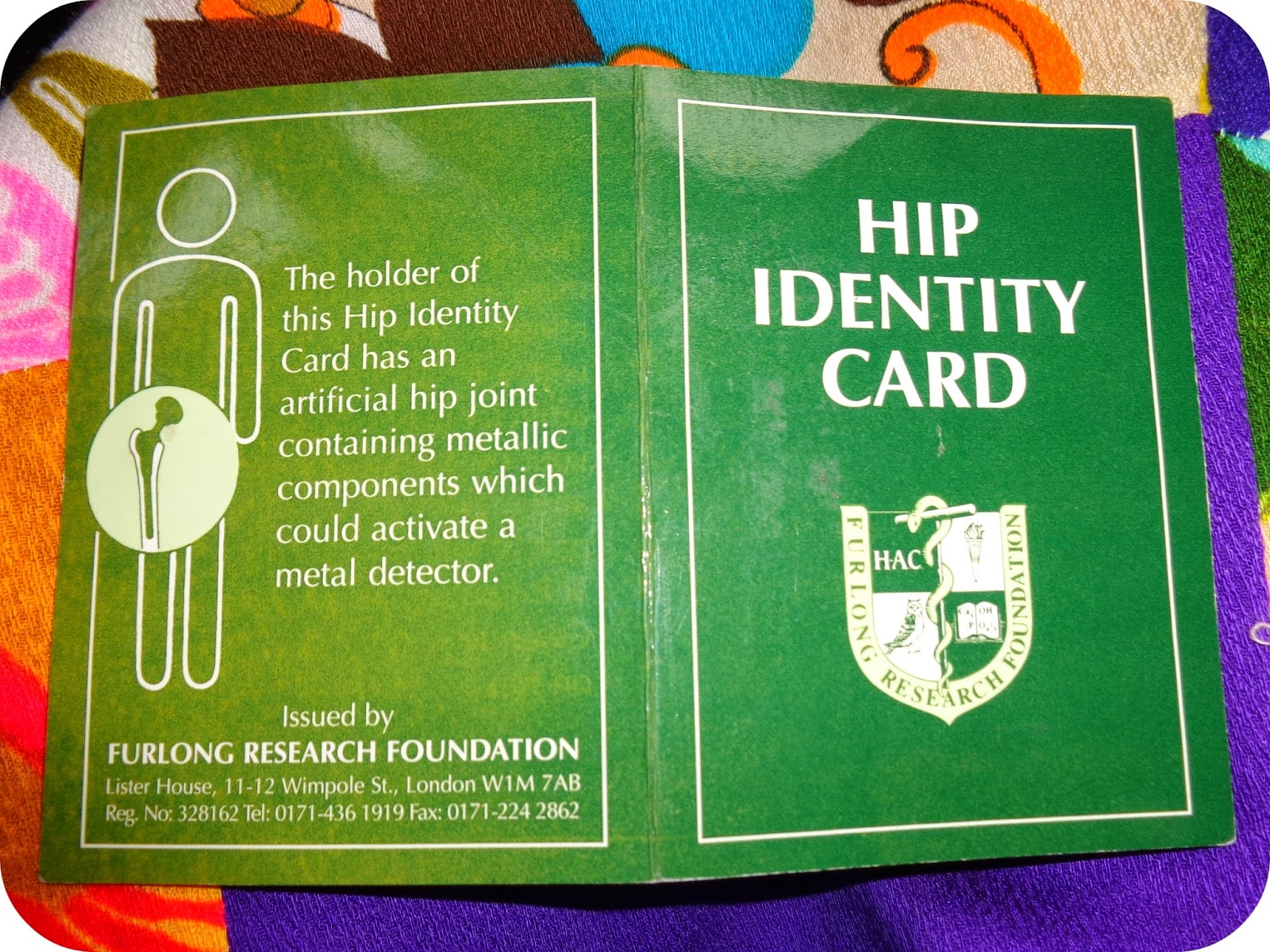 Since then I've carried this card, which means that when my titanium femur triggers off the alarms I can placate the security guards. If that doesn't work, which is pretty often, after all I'm not what people generally expect hip replacement patients to look like, I simply hitch up my skirt and show them my 6 inch scar. (I always remember to wear a decent pair of knickers when I fly). 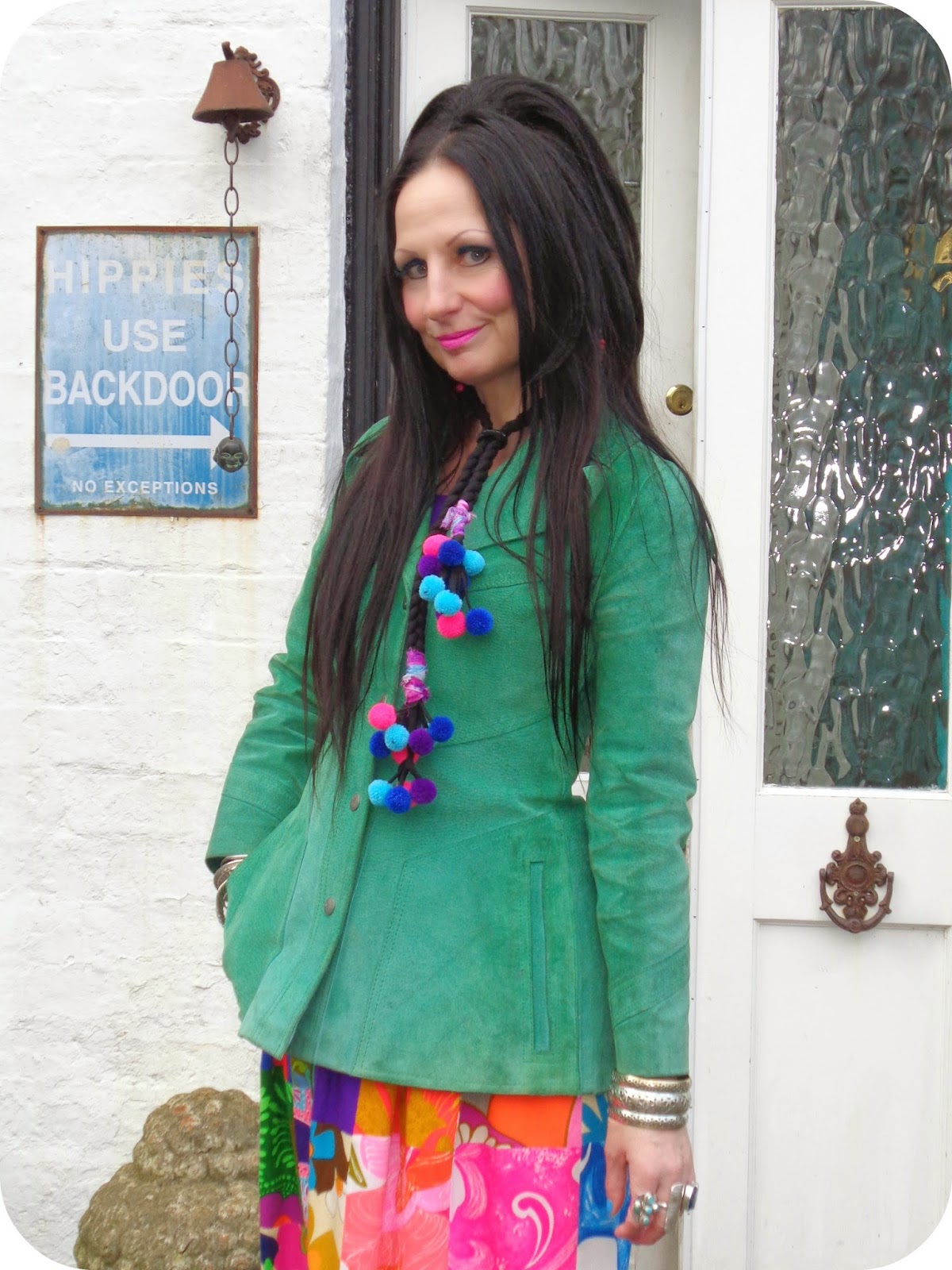 People often talk of invisible illnesses and how frustrating it is that no-one believes they're ill. Whilst it must be annoying , my problem was quite the opposite. For most of my adult life the endless pity drove me mad, I bloody hated it. Strangers stopped their cars to offer me lifts and people old enough to be my grandparents would insist on carrying my shopping home for me or give up their seats on public transport. Far too often I'd overhear She's such an attractive girl, what a shame about that terrible limp. Being the centre of attention isn't any fun if it's your disability, rather than you, in the spotlight. 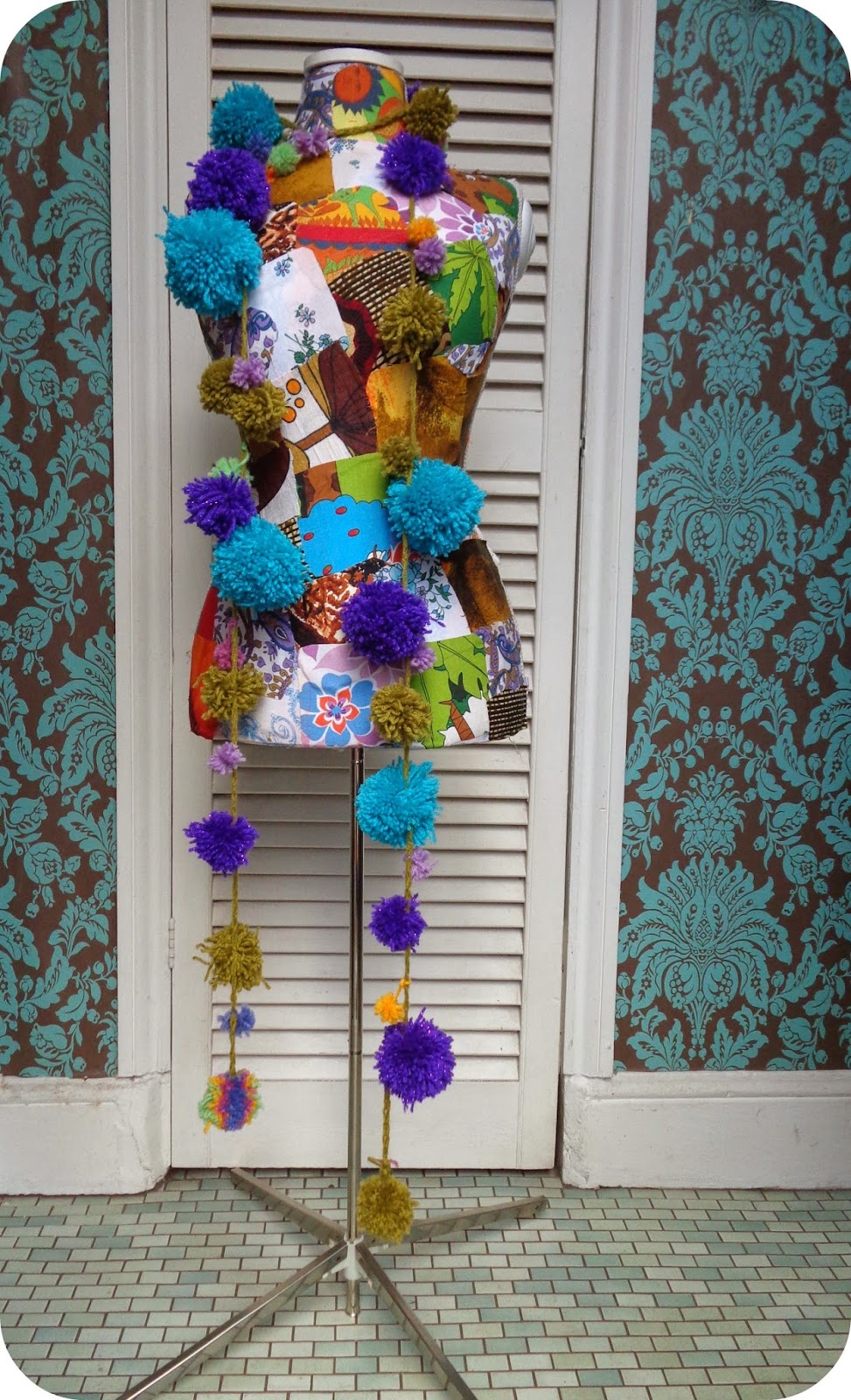 My arthritis plays up when it's cold so, between Boxing Day and New Year's Day, I indulged in a bit of pom pom therapy and made this, a winter alternative to a feather boa. Creativity is far more effective (and better for your liver) than popping pills. 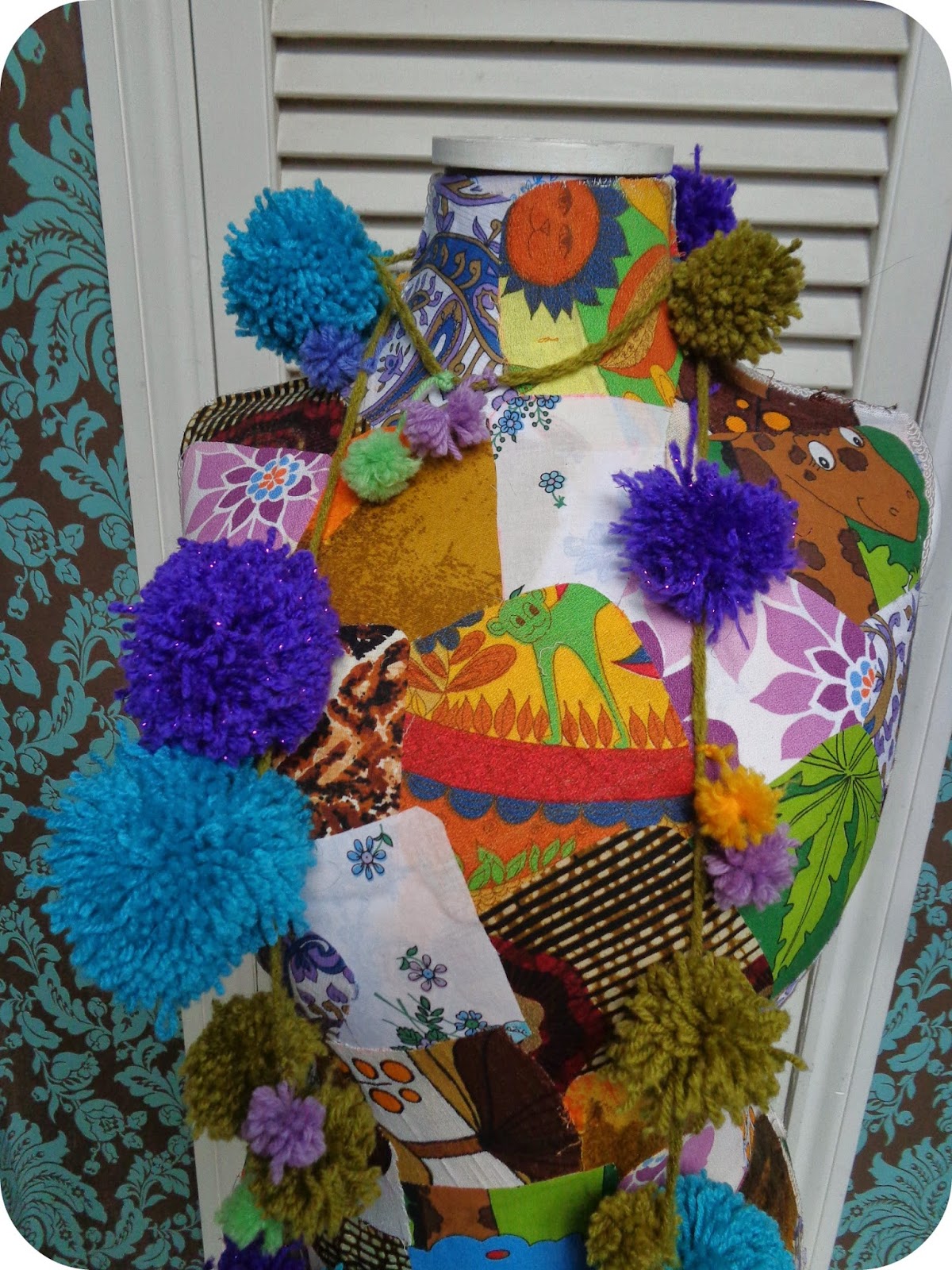 I used Xmas cards as templates. The wool was a combination of charity shop finds and Poundland deals. 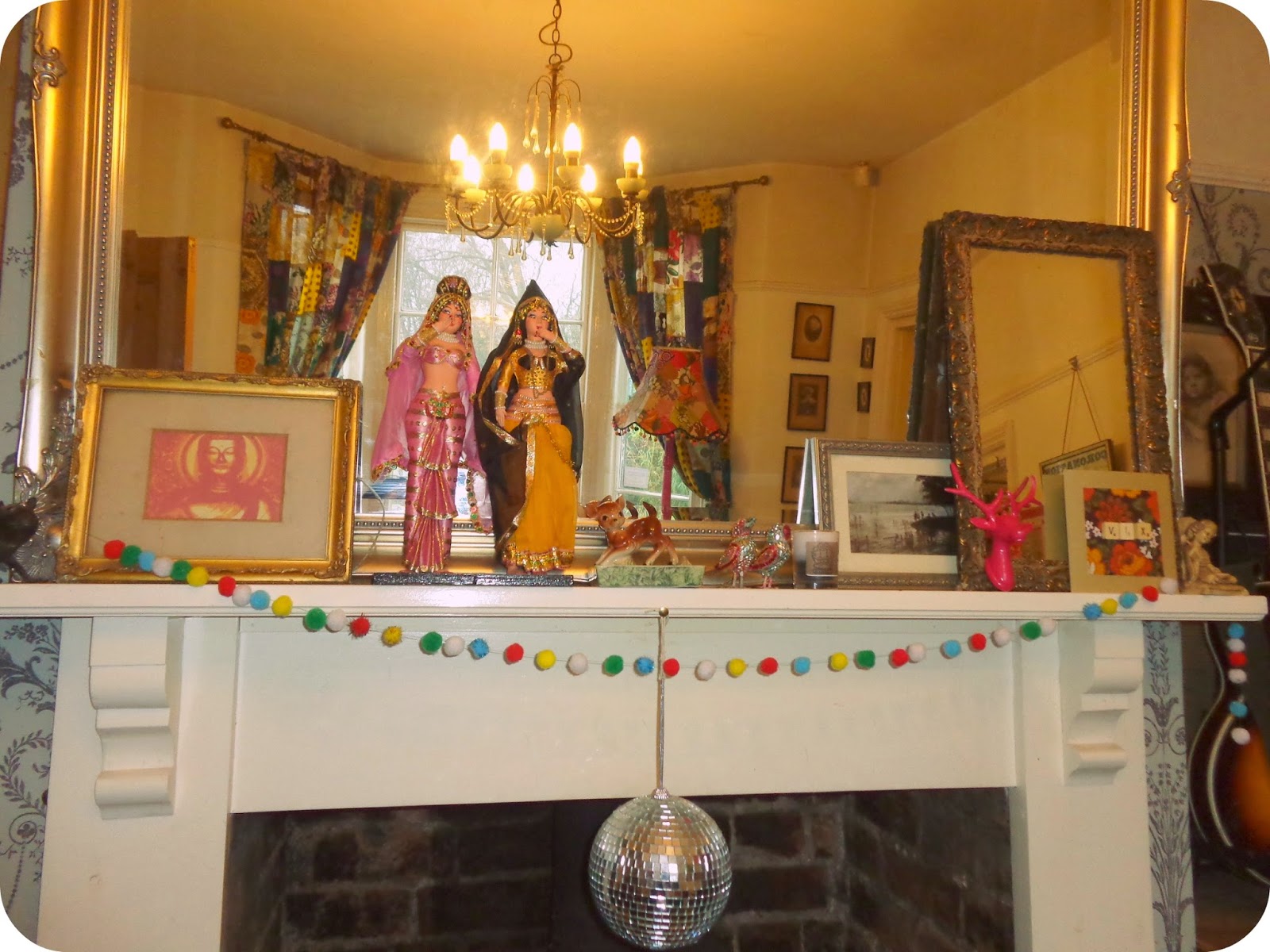 Including the mantelpiece in the dining room. These pom poms are from Poundland*, strung on fishing wire.

*No, this isn't a sponsored post. I spent £3 of my own money!
Bloody hell, looking at these photos I don't half need a tan, I look like the undead. Never mind, just over a week to go until I get some much needed Goan sunshine.

Glad you enjoyed the New Year video but I've gotta set you straight, half of those records were mine!

Email ThisBlogThis!Share to TwitterShare to FacebookShare to Pinterest
Labels: It's All About Me, Our House, Outfit, Stuff I've Sewn