I bought these Grace Sullivan "Tree Tops" screen-printed curtains from a car boot sale held over the last Bank Holiday weekend. As the seller had them hanging up on his car I was a bit reluctant to enquire about the price, assuming they were a treasured possession. When he asked if two quid was acceptable and offered to chuck in a set of 1950s satin rose print boudoir curtains for free I almost bit his hand off. 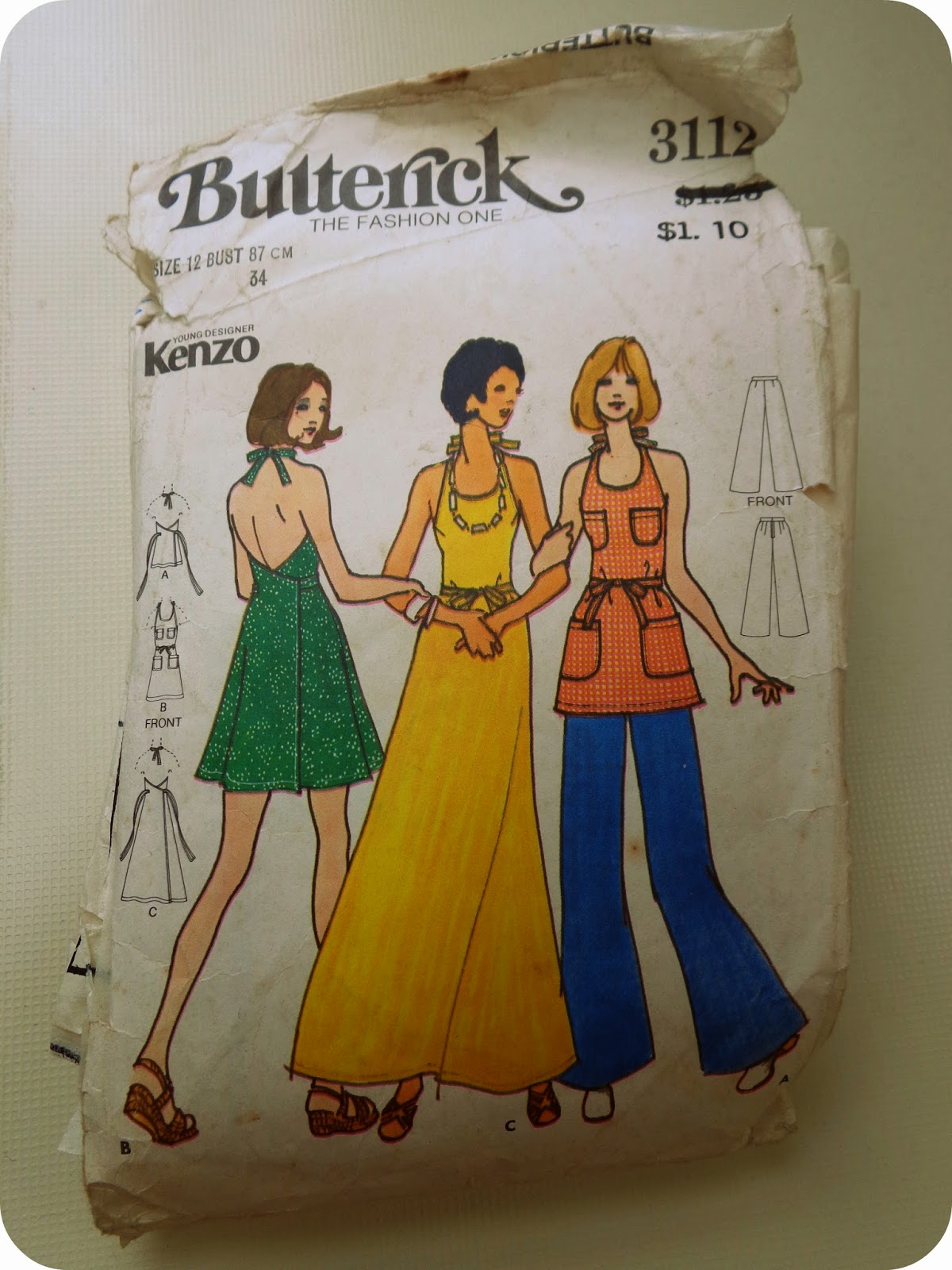 Sold through Heals in 1971, this fabric goes for silly money on eBay but there was no way the lure of making a few quid would stand in the way of creating a new frock, besides I already had the pattern in mind, a 1970 Kenzo design darling Helga sent me last year. 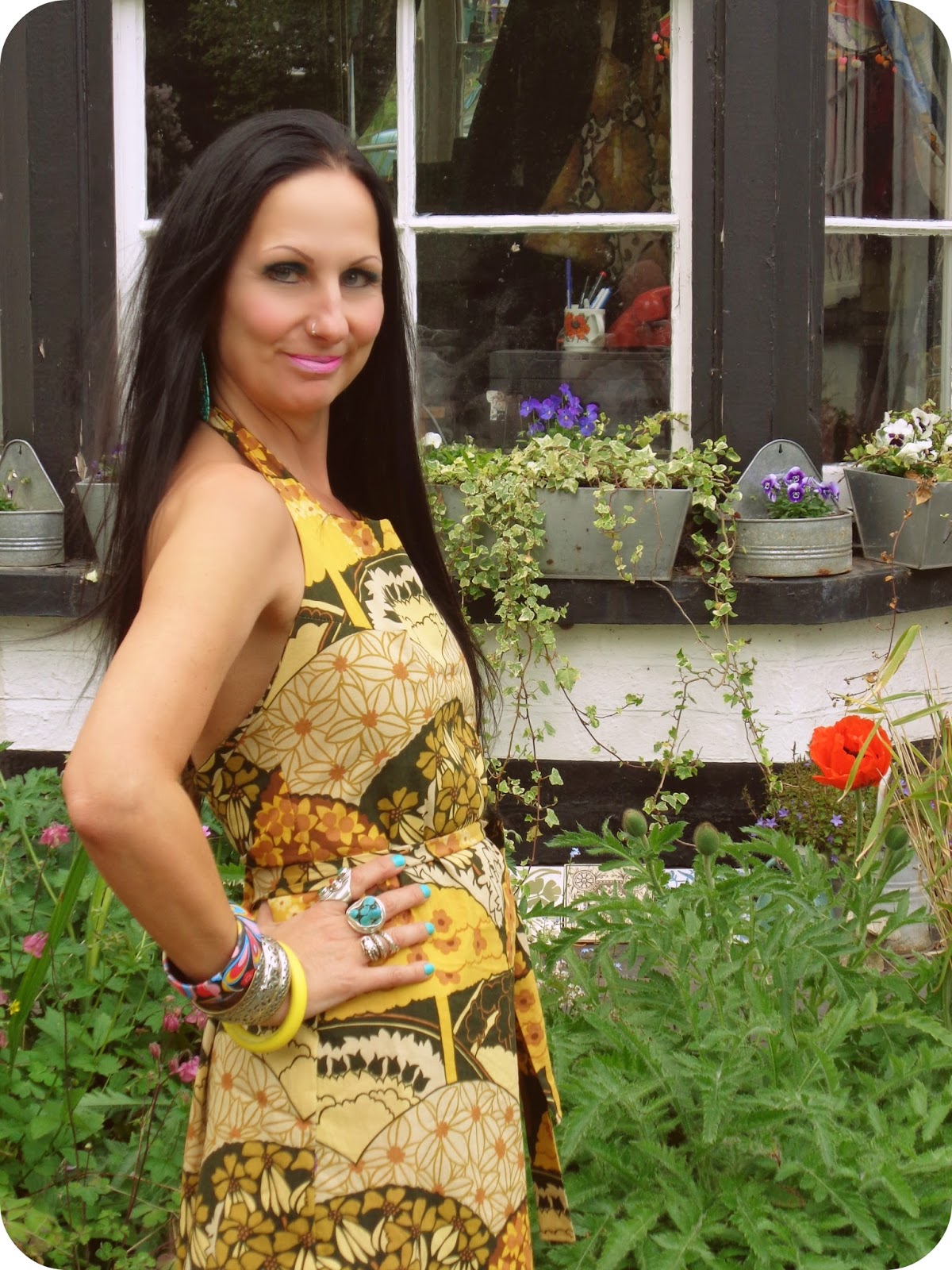 The pattern was missing the instructions but under Liz's expert supervision we soon figured out how to assemble it, knocking it up in less than four hours with a break for peanut butter sandwiches, a stroll around her garden and a spot of sunbathing. 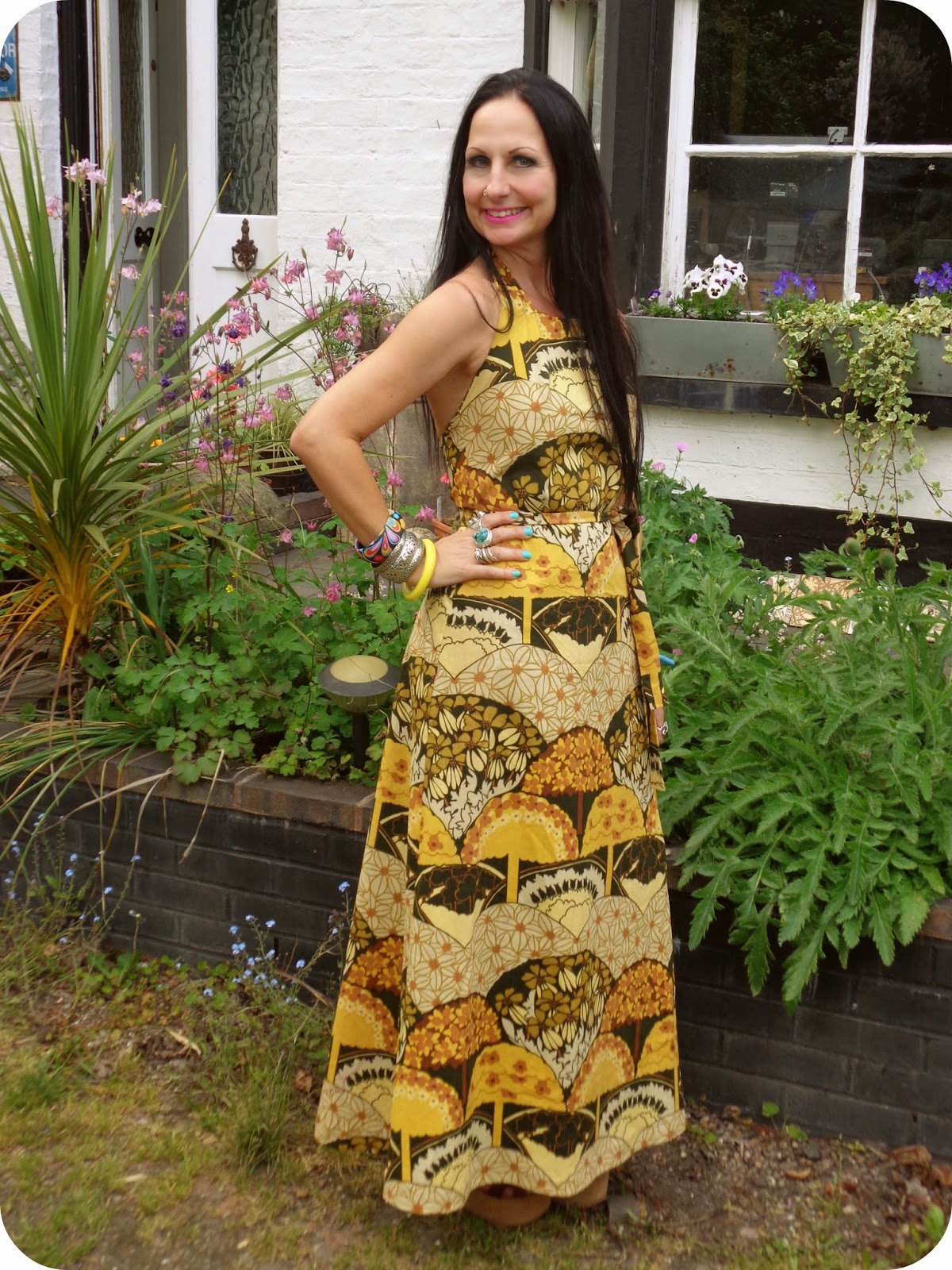 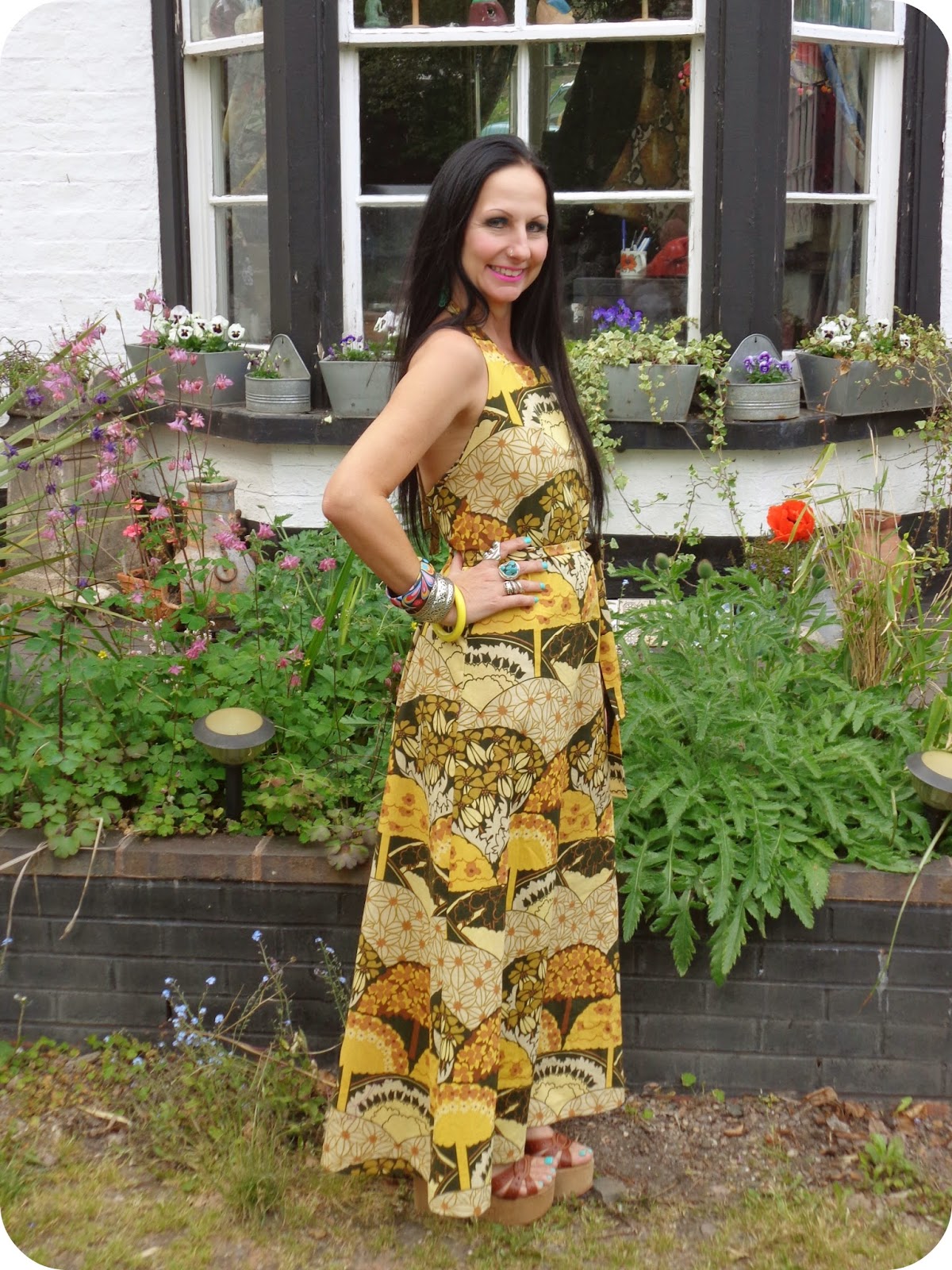 Kenzo's original designs were made using a mix of fabric he'd bought cheap from flea markets so hopefully he'd approve of my cheap-as-chips curtain couture.

I'm committing the heinous crime of posting before I've caught up on my blog reading but I wanted to join Patti & the gang over at Visible Monday before the day was out. 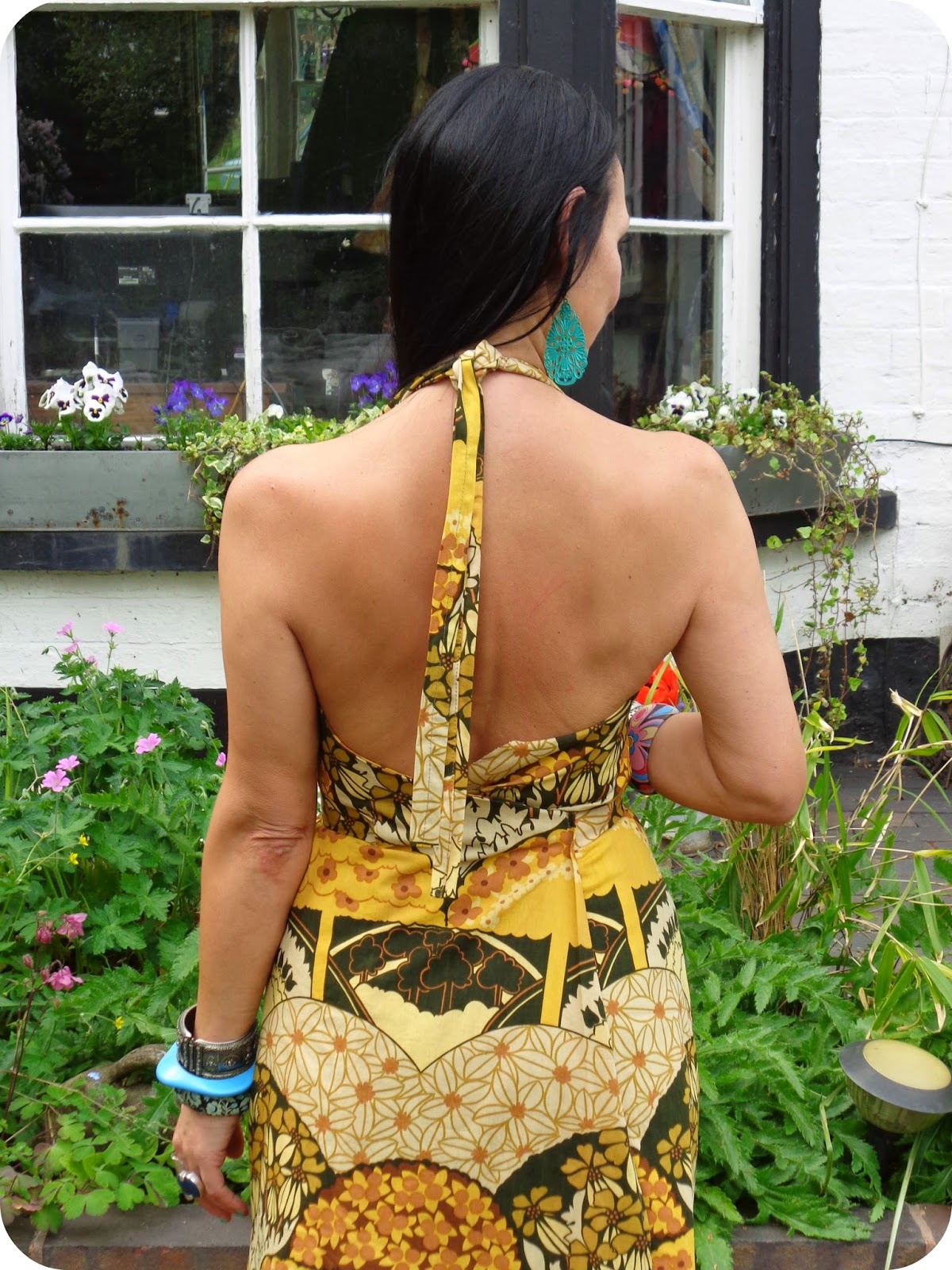 See you soon with some amazing finds from last weekend's Stourbridge fair.
Posted by Vix at Monday, May 19, 2014