Looking Back - The One Where I Get Reflective 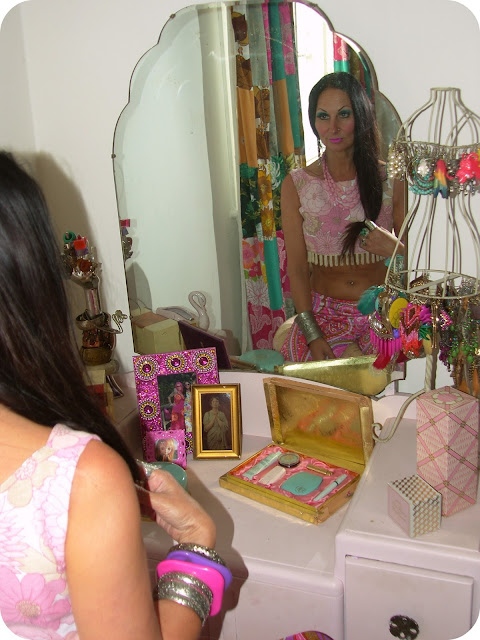 I'd have loved for my twenty-year-old self to have met the woman I've become. 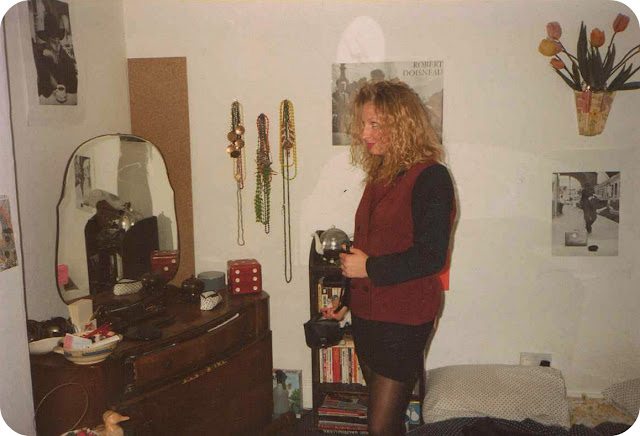 This was 20 year old Vix, living in bedsit-land, catering student by day and Walsall's most infamous barmaid by night.


I was penniless and didn't particularly like the way I looked but I was never short of boyfriends and had a social life to kill for.

Living a hand-to-mouth existence, young Vix would have been impressed by my being mortgage & debt-free and delighted that I'd bought my Grandparents' former home. She'd have been surprised to find me living with the former primary school classmate whose band regularly featured on the telly and even more so by my managing to remain unmarried and childless (she grew up believing that it was inevitable even though it was something she'd never wanted). 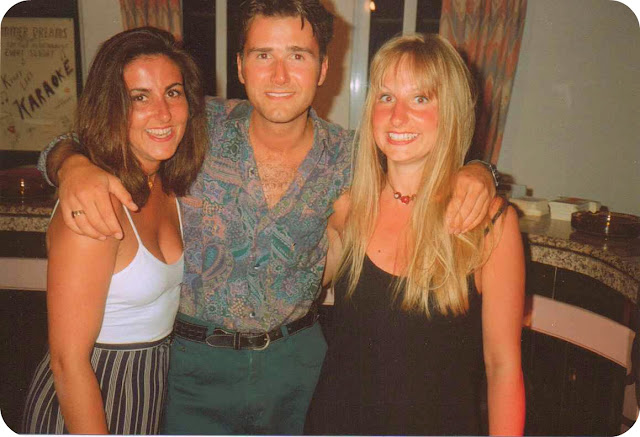 Despite my manic grin my trip to Faliraki on a girls' 18-30 holiday was hell on earth. She'll have been impressed that I became a backpacker and never went on another package holiday. 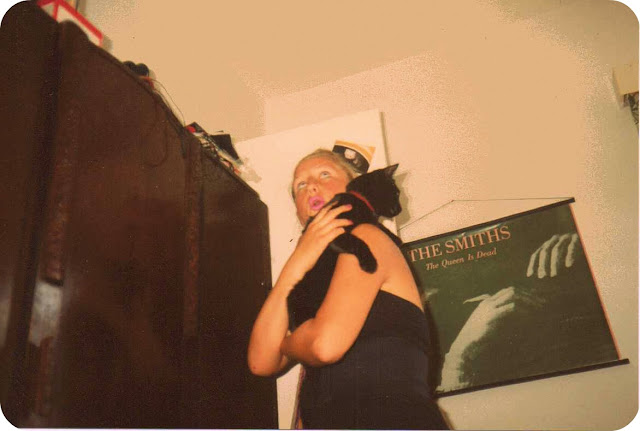 She wouldn't have batted an eyelid about me being vegetarian, buying all my clothes second-hand or using cruelty-free products, that had never changed. Even her taste in music remains pretty much the same. 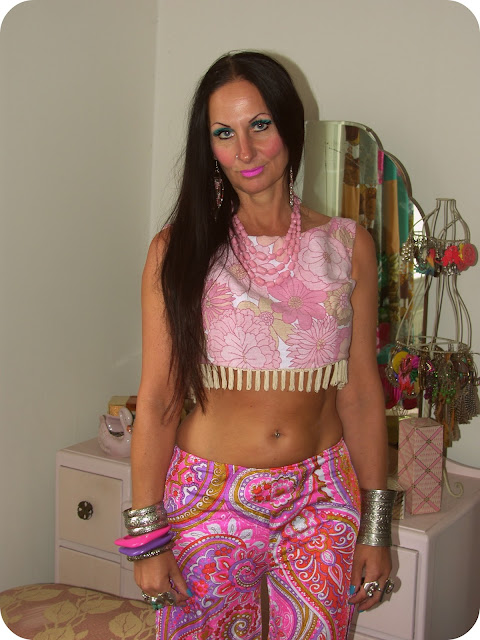 She'd have been amazed to see how black hair suited her more than her natural blonde and by the older me's piercings and tattoos (her earlobes remained intact well into her twenties). She'd have been pleased to discover that the pain and annoying limp that had plagued her since childhood were not "growing pains" and could be eradicated with a total hip replacement. 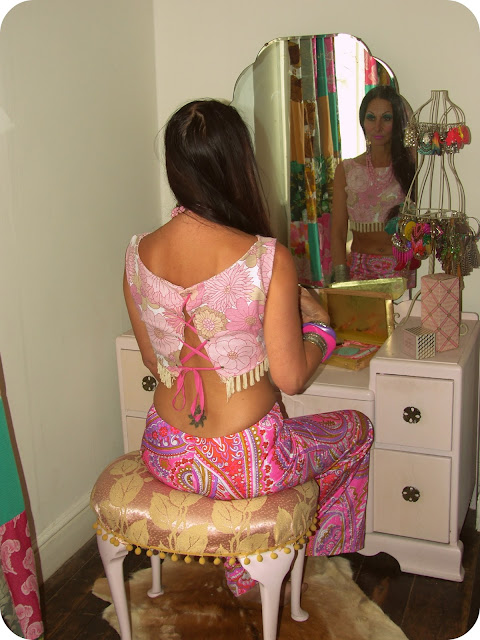 She'd have been stunned by how much pink I wear (her blonde hair pretty much guaranteed attention and her clothes were almost always black) and would be thrilled by what a wild social life I still have (she often worried that getting older meant not going out and taking the world by storm). 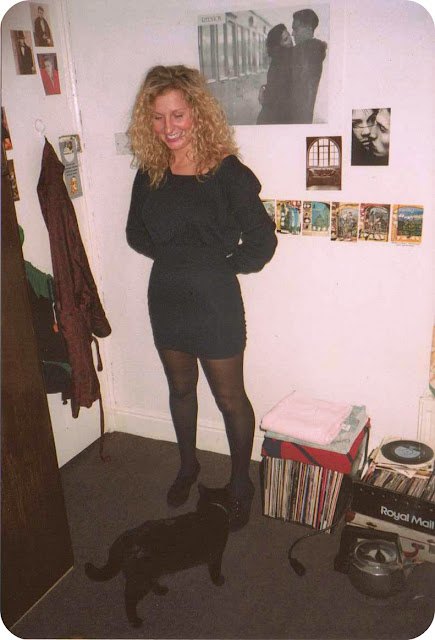 She would be happy to see that I still share my home with cats and that I continue to liberate stuff from skips - the Royal Mail box holding my records in the photo above and the dressing table stool below. 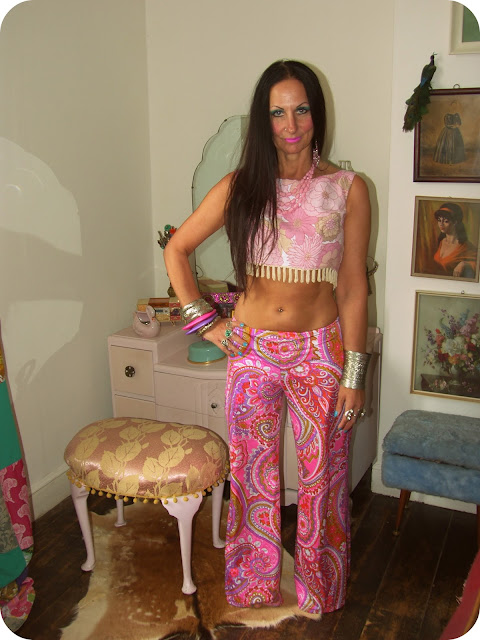 The thing that would totally have knocked her for six though would be that older Vix makes her own clothes. As a young woman she believed sewing was the epitome of uncool and she'd have curled up in embarrassment knowing her older self got so much pleasure from dressmaking.

Getting older is brilliant, I liked my younger years but I love my life now.