In Praise Of The Pound Shop 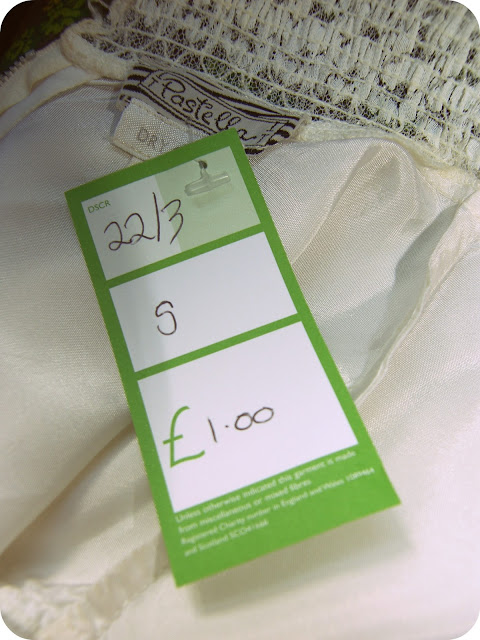 I don't mean Poundland or the other "sell it for a quid shops" that dominate the British high street but one of our local chazzas where everything is priced at £1 or under. Yes, that's right. Whilst Blogland is filled with posts bemoaning the prices in charity shops, here in the Black Country there's always bargains to be had. There's something to be said for living in one of the most economically deprived areas in the UK. We might not have fancy coffee shops, farmers markets and some of the highest mortality, unemployment & obesity rates in Britain but at least we can dress cheaply. 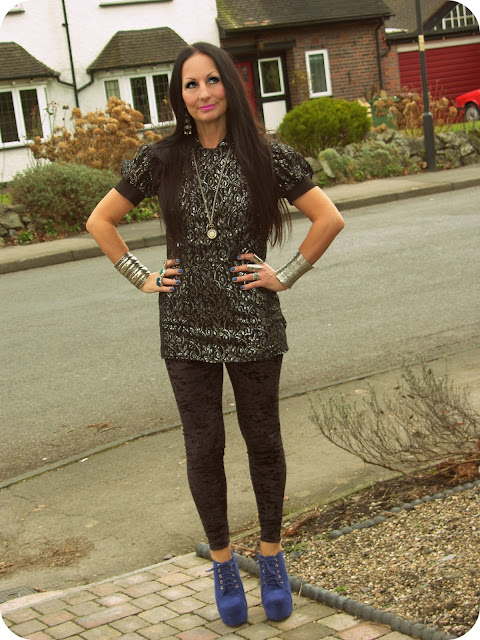 As a shopping experience it's on a par with the roughest jumble sale, the clothes are crammed on to rails and piled into dump bins, the women will fight you to the death if you're holding something they like the look of and men like to use how busy the place is to cop a sly feel. The mad old lady on the till often throws a tantrum and storms off unable to cope with the queue of huffing customers anxious to be served. 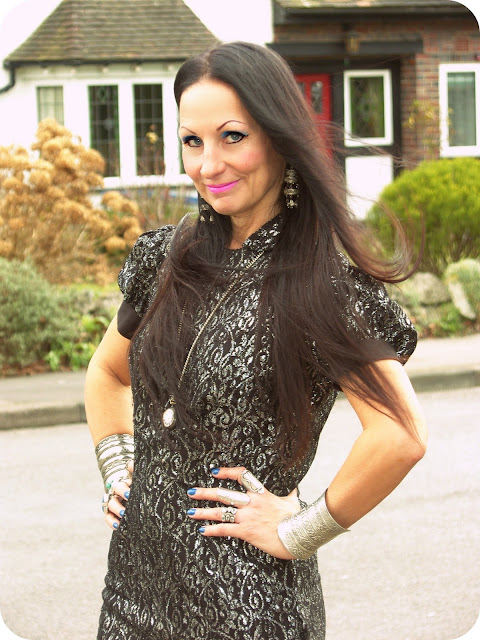 Still, it's more than worth being jostled, groped and waiting 30 minutes to pay when you can find cool goodies like this 1960s space age lamé tunic for a quid. 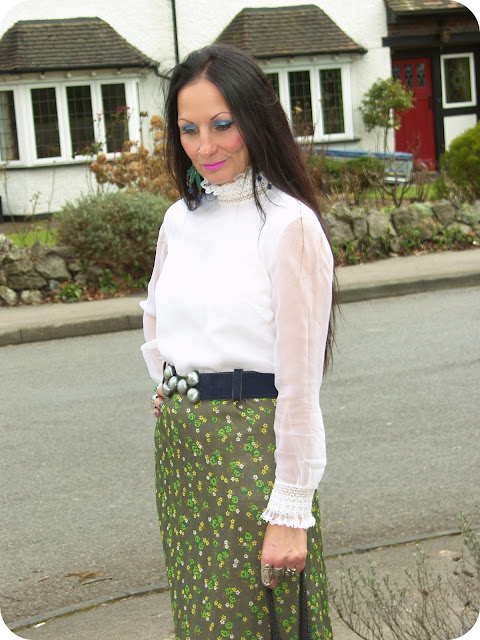 Or even a set of 1972 Hornsea Heirloom ceramic cannisters at a mere 75p each.

I'd love to tell you where this shop is but then I'd have to kill you. 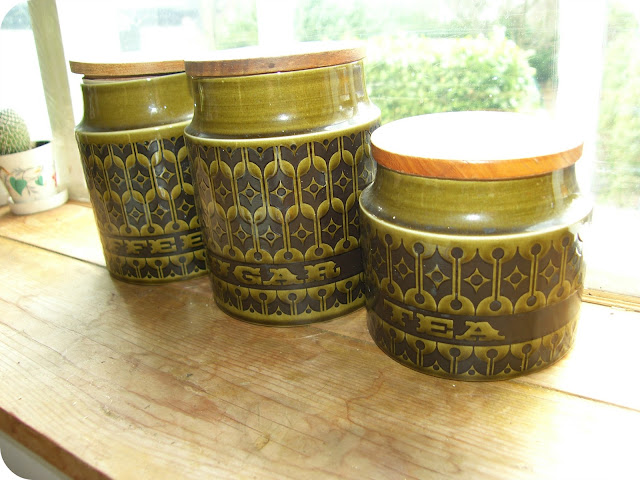 The excitement was all too much, after I got back yesterday morning I came over all peculiar and took to my bed for 24 hours wearing almost all the clothes I owned. I'm obviously still not right as I've just posed for a photo bare-armed while it's snowing. 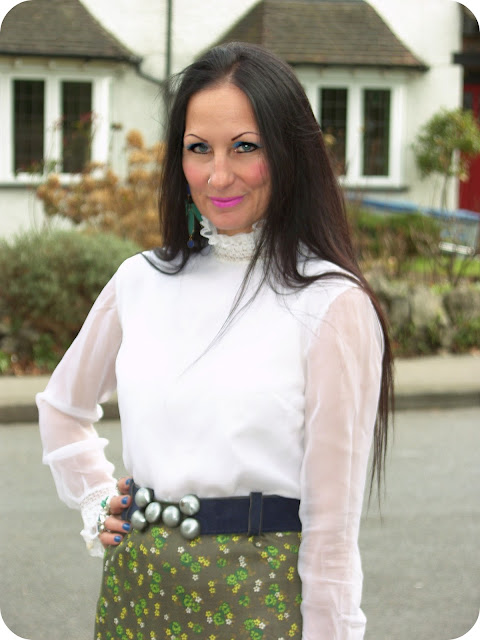 I took a phone call earlier from the lady who runs the church jumble sale to tell me that a "very old fashioned set of furniture" had been donated and at least four people had looked at it and said "That's retro, Sixties Lady will love it" so I'm off to look at it in the morning and shall report back accordingly.