The Past Is A Foreign Country, They Do Things Differently There 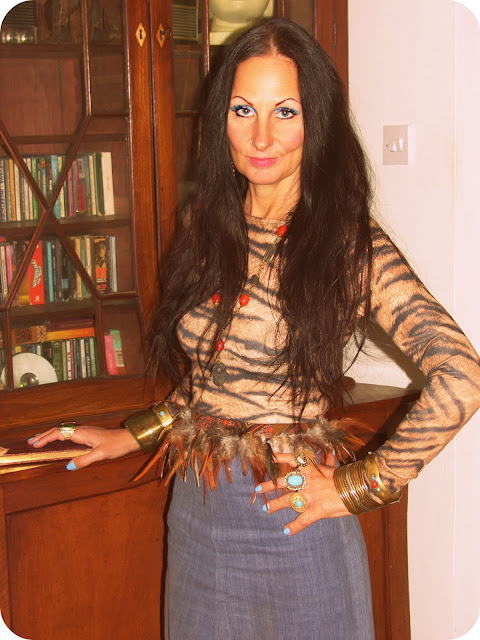 Don't despair, this isn't me bleating on about the failings of 21st Century, I owe my health and mobility to the modern health service and have made a living (and some fabulous friends) through the wonders of the internet and, if I was that obsessed with preserving the past, I wouldn't have set about this Victorian bookcase with a jigsaw in an attempt to convert it into our music system storage (still a work in progress)....

but it's sad that some of the sweetest traditions have all but died out. 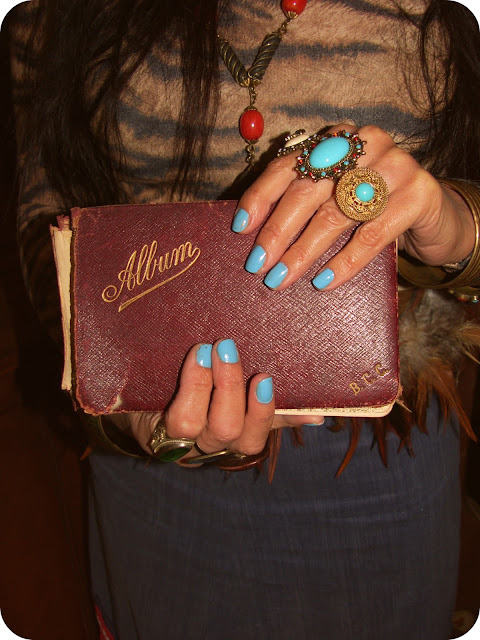 I inherited my Great-Great Aunt Beatrice's album as a child and its been a prized possession ever since.  Like many other women of the era, both Beatrice (Bessie) Chapman and her sister Winifred died spinsters from the lack of eligible young men, many of whom perished in the Great War of 1914-1918 and the subsequent Spanish 'flu pandemic. Judging by the number of entries in this album, though, there was no shortage of talented girlfriends. 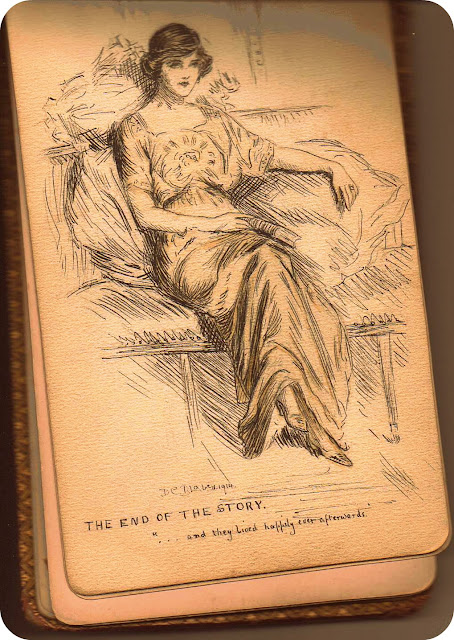 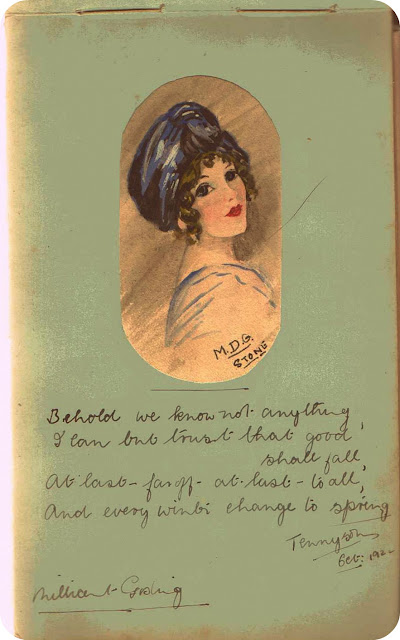 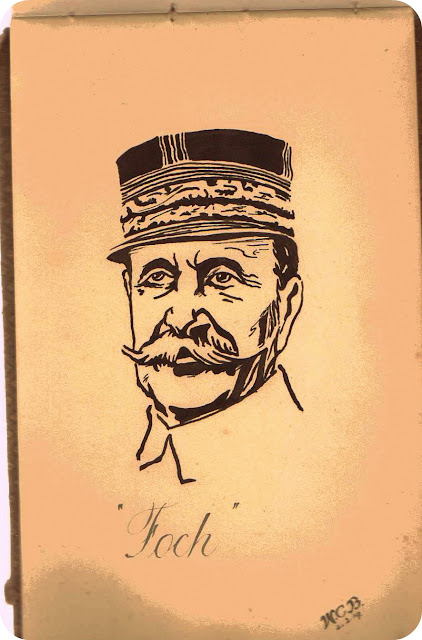 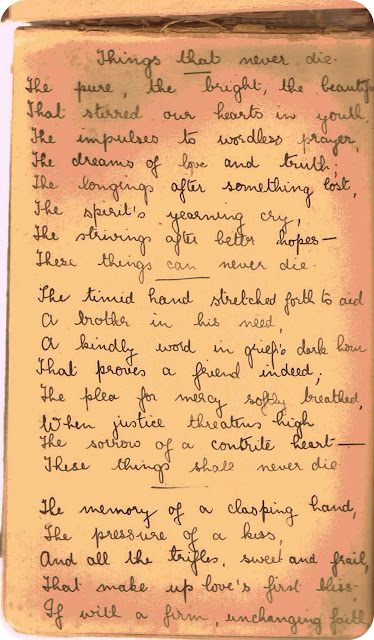 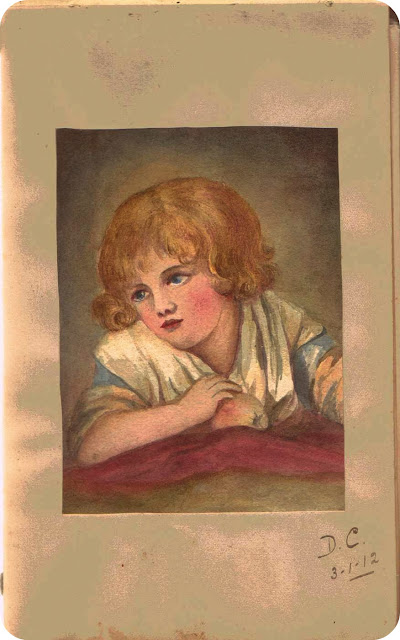 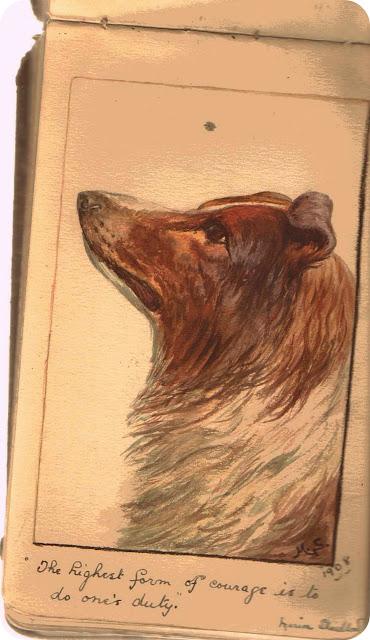 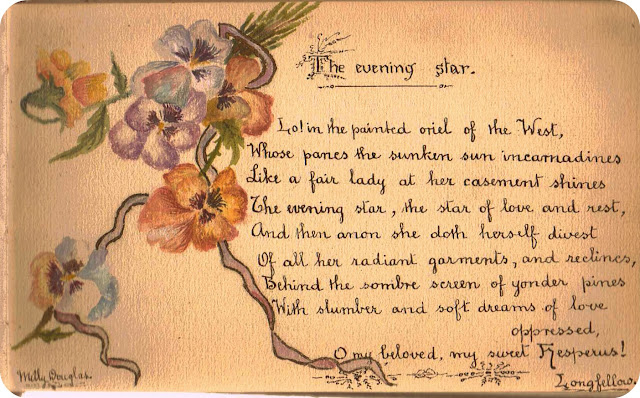 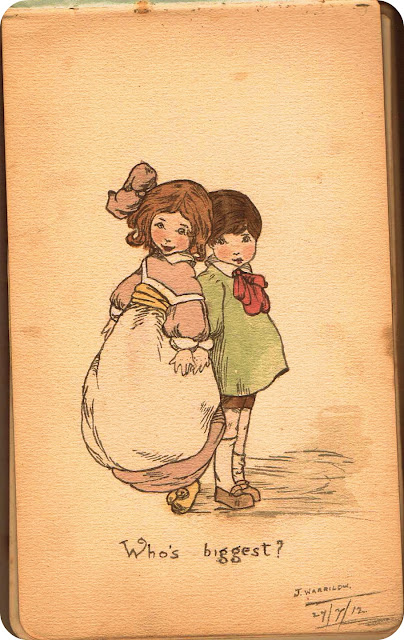 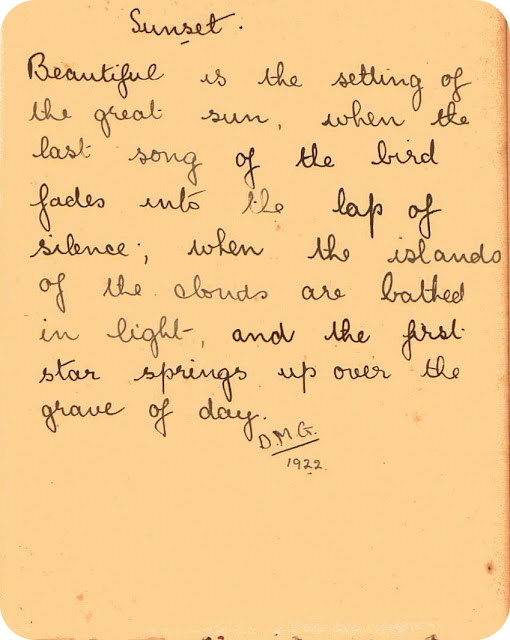 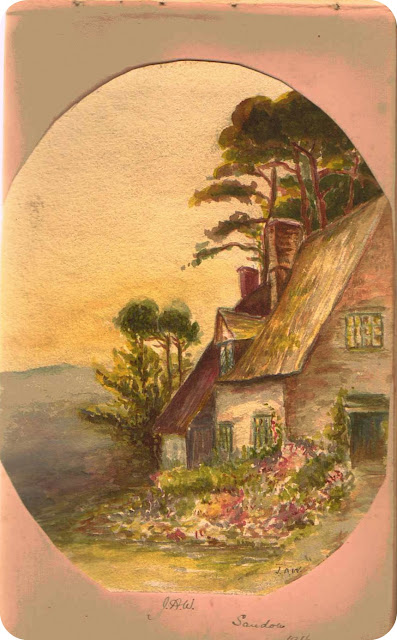 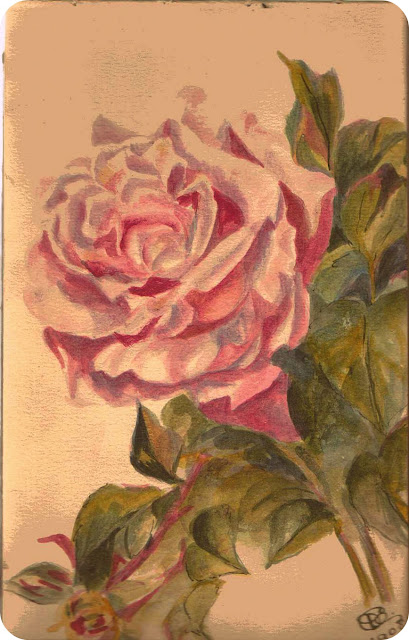 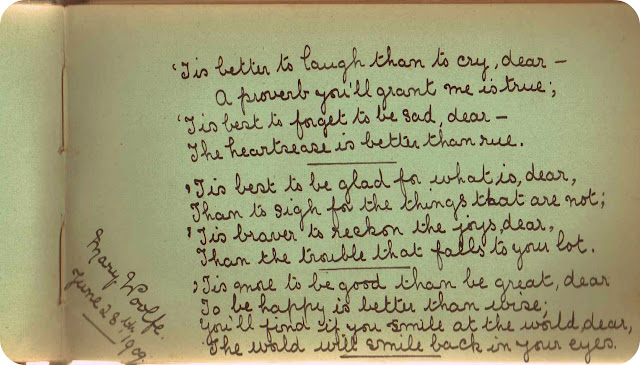 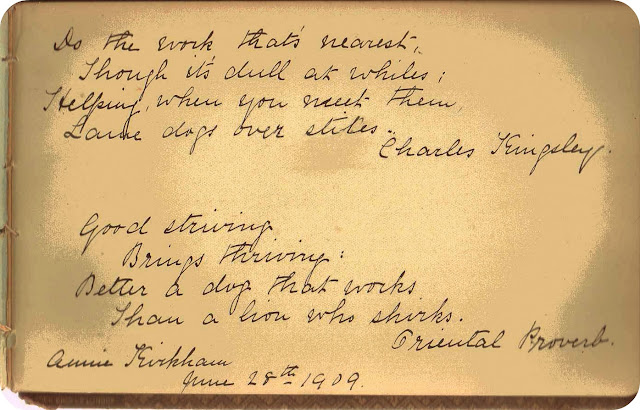 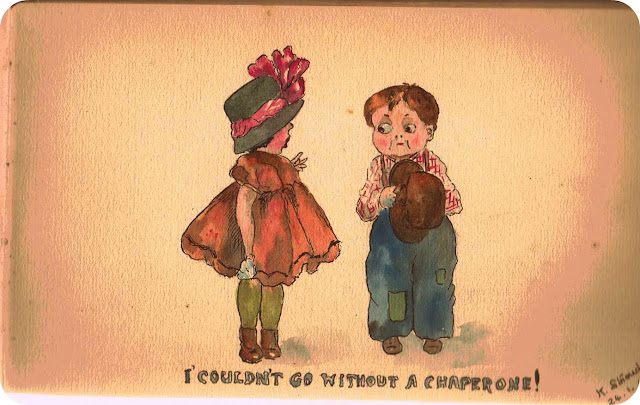 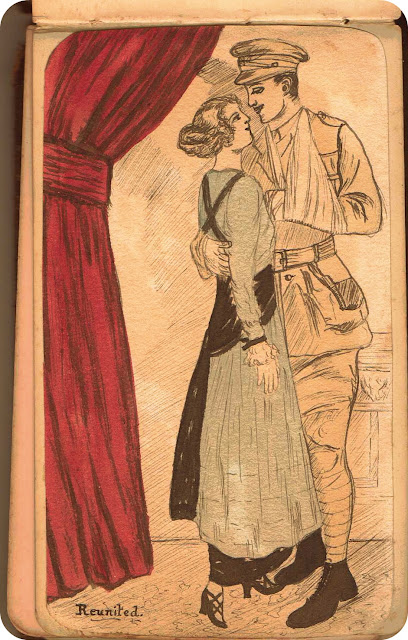 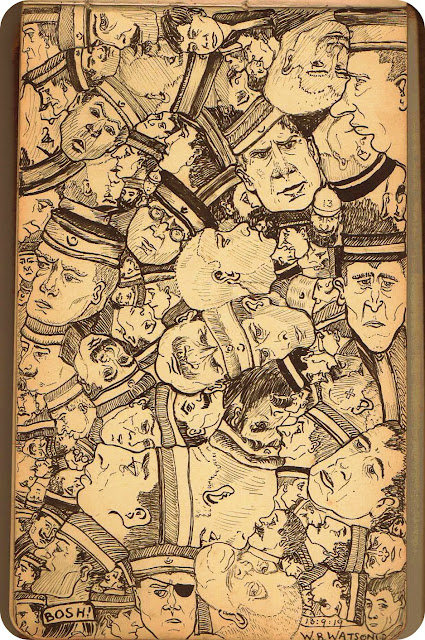 See what I mean? A drawing or a poem by a friend sure beats a text message, a "like" on Facebook or an email, doesn't it?

Who'd have thought a tatty little book could contain such treasure?

Email ThisBlogThis!Share to TwitterShare to FacebookShare to Pinterest
Labels: Family, Heirlooms, Our House