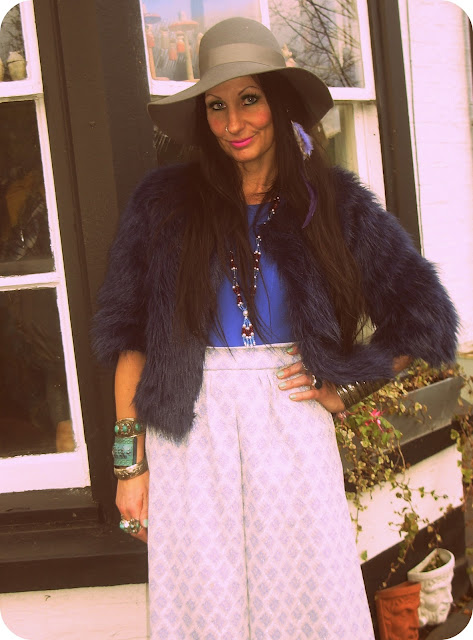 Don't laugh, I almost could be, I'm wearing something new from a real retail shop.
Can you believe it? 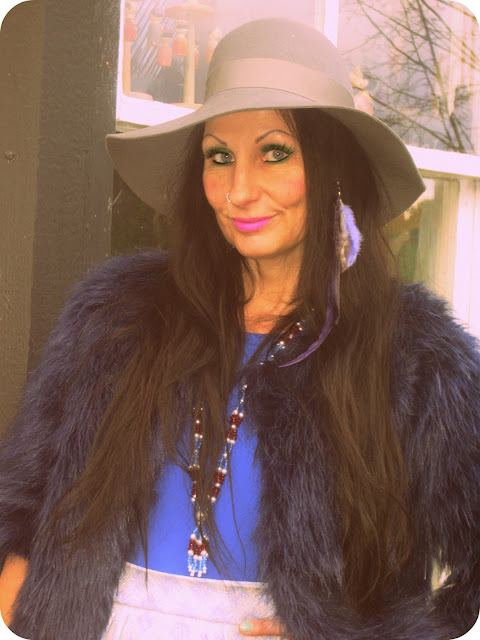 I fell for this crazy fake fur number back in July when I spotted it through the window of a town centre catalogue clearance outlet on the way to catch a bus. Although it had already been reduced by 50% to £40 it was still far too much for a cheapskate like me to spend on a whim. 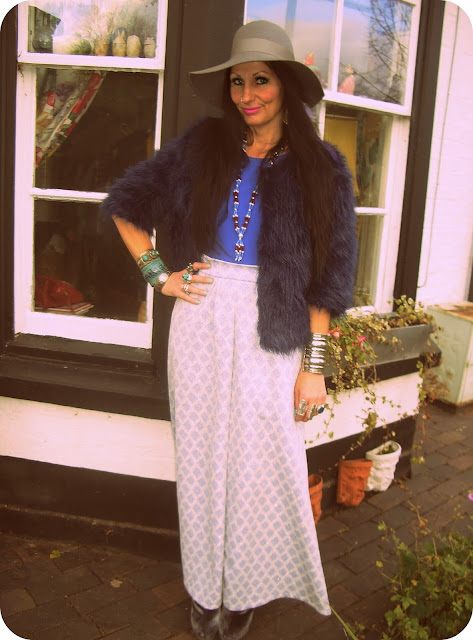 A couple of weeks ago I noticed the shop was closing down and that the jacket was still there (I thought it would be, blue fur ain't everyone's thing and living in one of the UK's "fattest towns" there's not much demand for my dress size). In I went and saw it was marked down to £7. Good things come to those that wait. 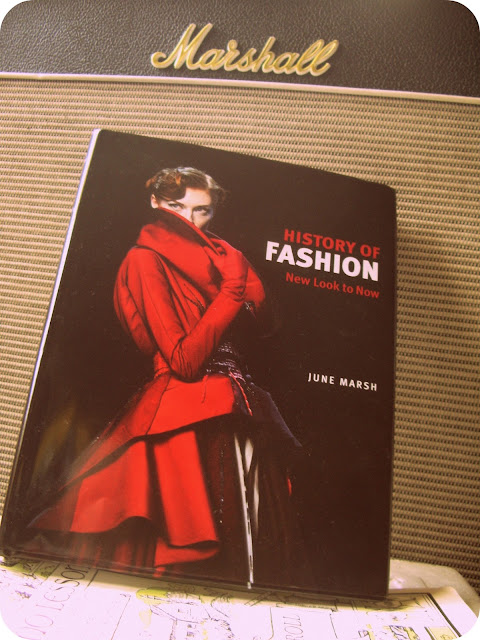 On the subject of fashion, Vivays Publishing offered me a sneak preview of the hefty History of Fashion - New Look to Now by June Marsh. Featuring all that's ever been desirable in clothing from post-war Elsa Schiaparelli to present day Mary Katrantzou and everything in-between, the book is gorgeous to look at, educational (without being tediously dry and dull) with photographs of garments to die for. Unlike many vintage fashion publications the pictures are ones I haven't seen before, not a rehash of the same old images anyone could find searching t'internet. 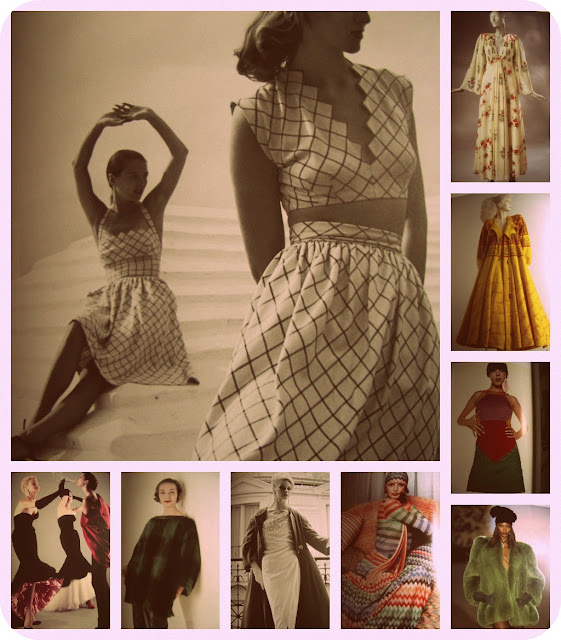 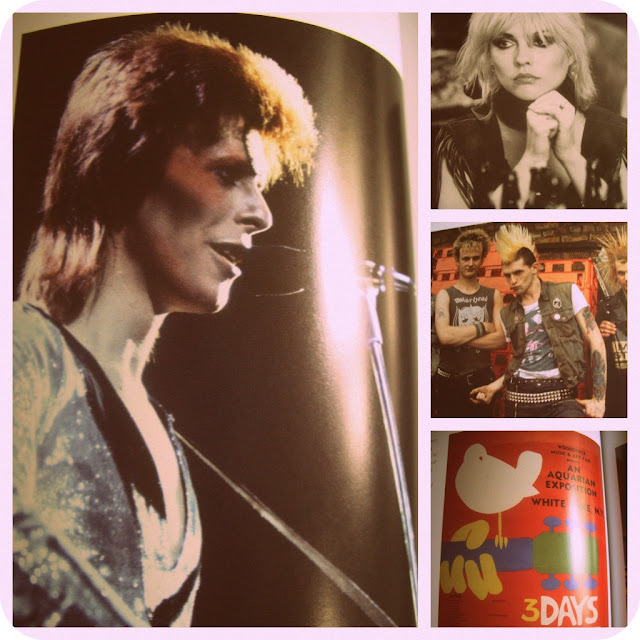 The book explores the influence of music on fashion, the move towards more ethical manufacturing, the resurrection of legendary couture houses, the influence of the fashion blogger and the differences between European and American design. In short it's great and every girl friend I've shown it to bloody loves it.

I'd offer to give it away but it weighs a ton (and I've already ruined it by drooling over the 1960s and 1970s clothes) so it's staying with me. If you want your own copy you'll find it HERE.

I'm rocking red, white and blue in honour of my American pals. I'm thrilled with yesterday's results, what a shame most of us Brits didn't display as much common sense during our last general election.

When I wore this outfit previously a lady working in a charity shop asked if I'd "got enough bastard jewellery on". In the words of the mighty Keith Richards I responded with Darling, If it's worth doing, it's worth overdoing.