What To Wear At A Festival 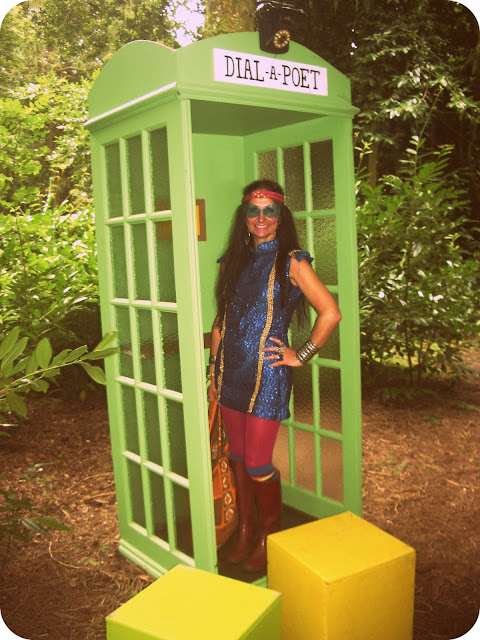 I'm wearing a 1960s majorette's uniform with Poundland socks, three-year old tights and some jumble sale wellies and was constantly told I was a shining example of how a festival goer should dress but as long as you feel good don't listen to me, wear what the hell you want to. 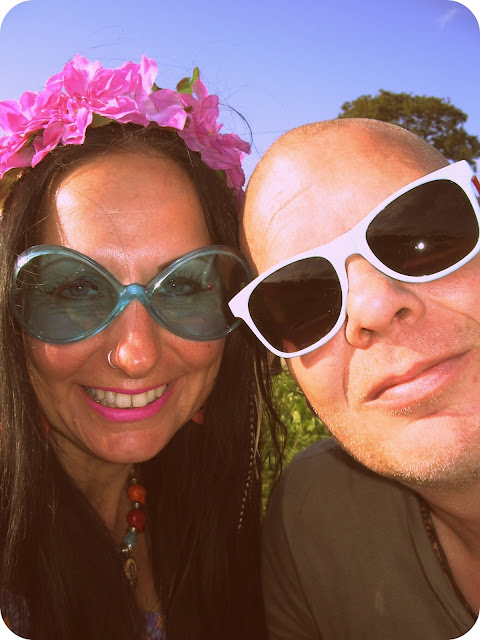 So what's the End Of the Road Festival all about then?

Set in the beautiful Larmer Tree Pleasure Gardens in North Dorset it's a boutique festival celebrating the arts, music, comedy, crafts and literature.

Now in it's 7th year The End Of The Road is possibly the prettiest and most thoughtfully designed festival I've ever been to. Everything is truly stunning 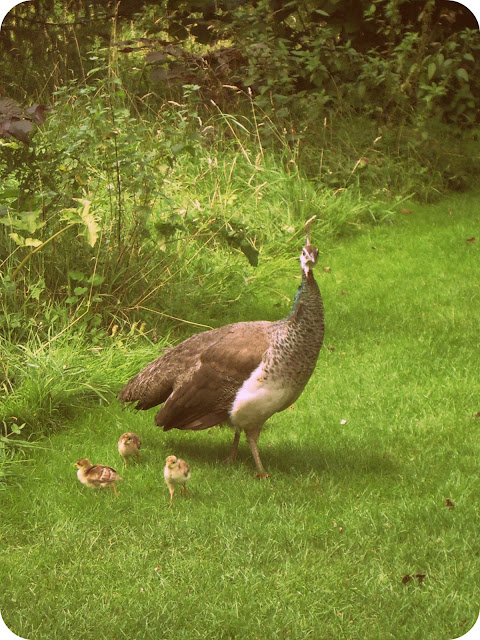 Patti Smith told us to keep how great it is under wraps because if word gets out about it's fabulousness it'll get ruined. 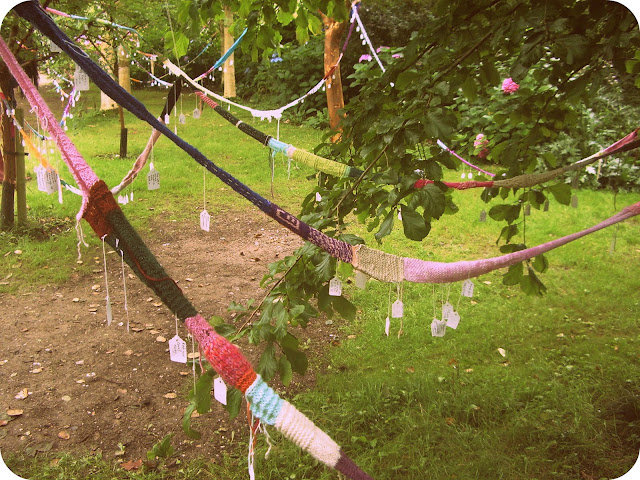 You can take knitting classes and have your work displayed in the forest. 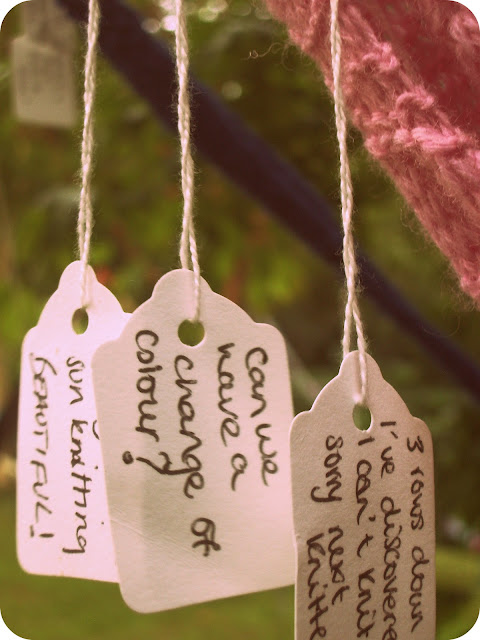 You can loose yourself in the woods, marvelling at the thought-provoking art work. 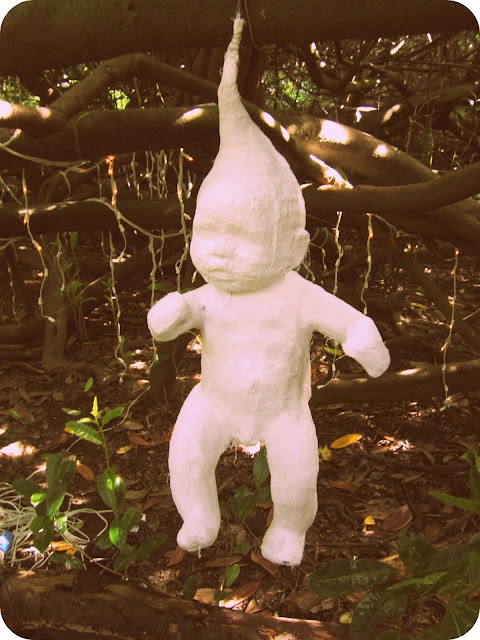 This is The Place For Souls representing individual souls in a metamorphic state. Loads of fellow festival goers were freaked out by them, I want to recreate it in my garden. 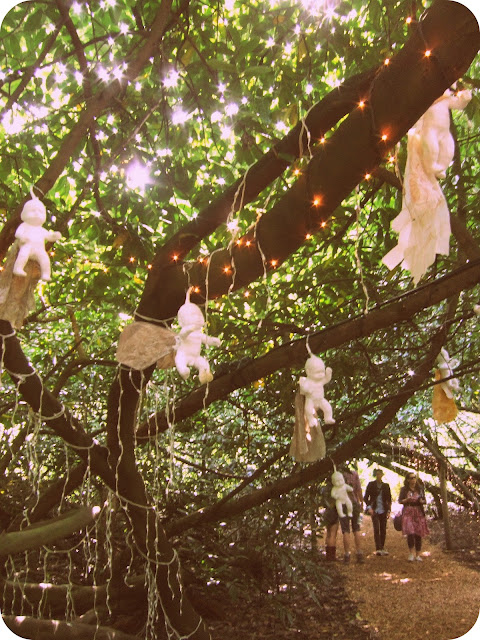 Welcome Peacocks, a tribute to the real thing, made by local school kids. 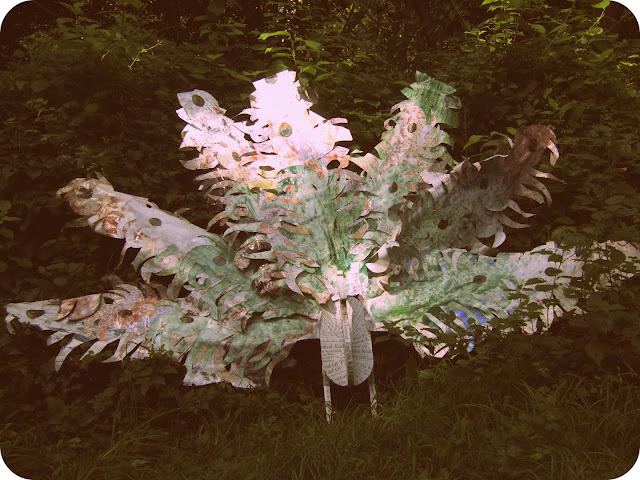 My own tribute to the peacocks. 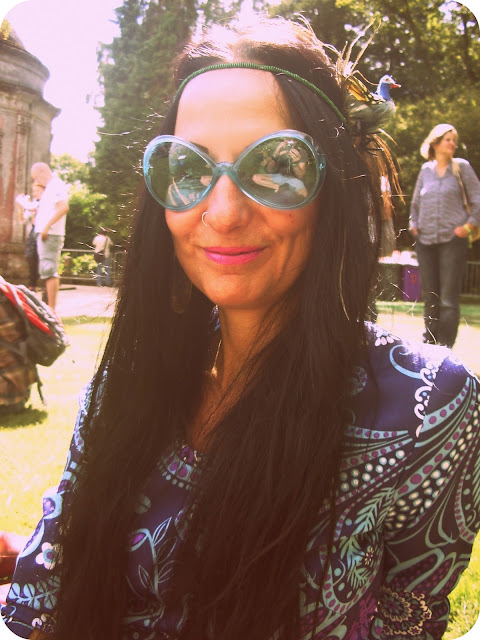 Yankee Messiah: It's The House Of John Frum. A collaboration replicating a historical cargo cult practice. 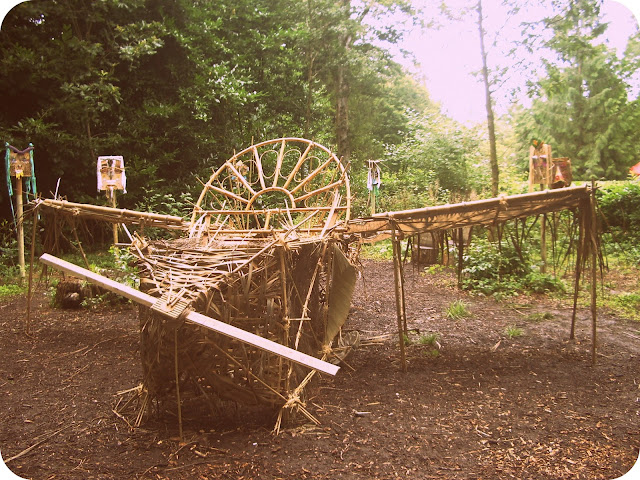 During WWII a cult sprung up in the Islands of Papua New Guinea where the members acquired cargo from Japanese and American soldiers. In wishing to retrieve the materials that they believed were intended for them by their ancestors they created crude replications of the soldiers aircraft, uniform and equipment. 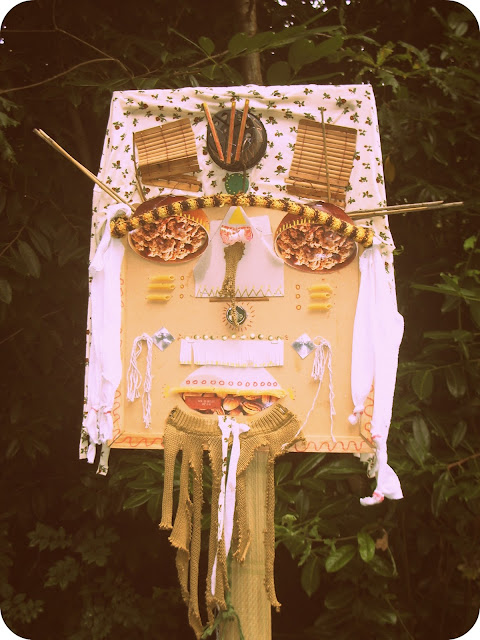 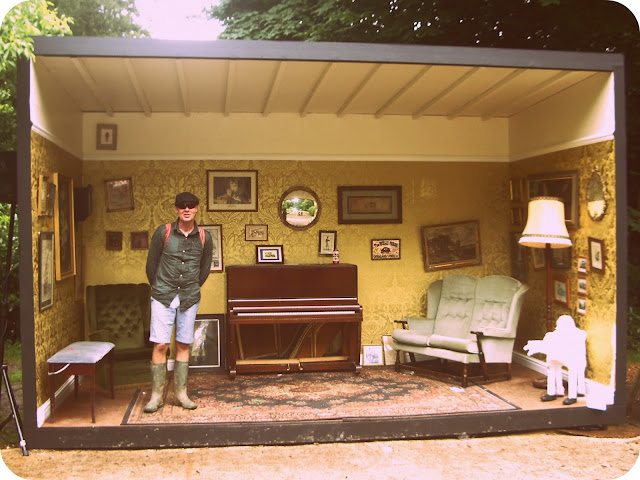 or just for a spot of Sunday afternoon chilling and banging out a few notes. 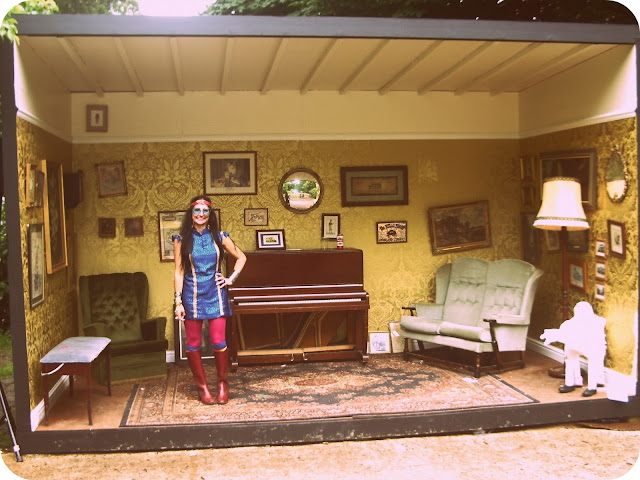 The forest library where you can borrow any book as long as you bring it back to next year's festival. 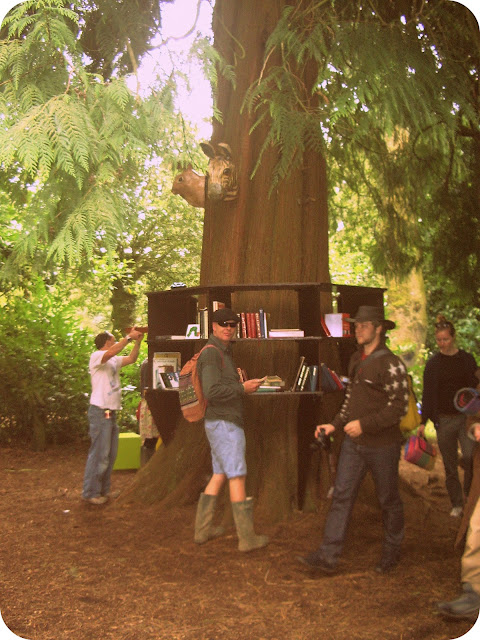 This area hosts talks by authors and poetry readings. 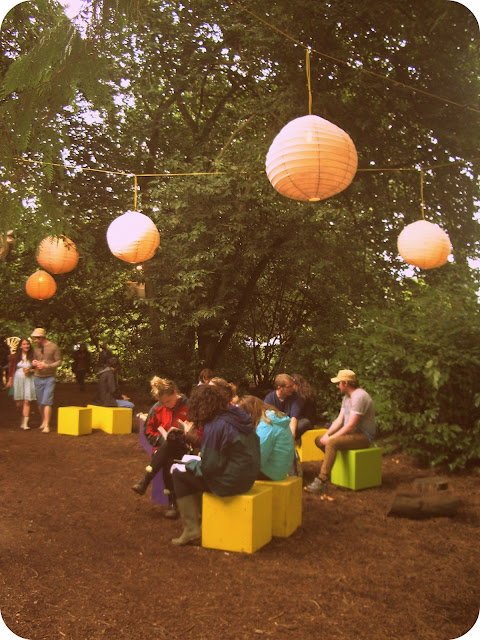 Have I mentioned the music? 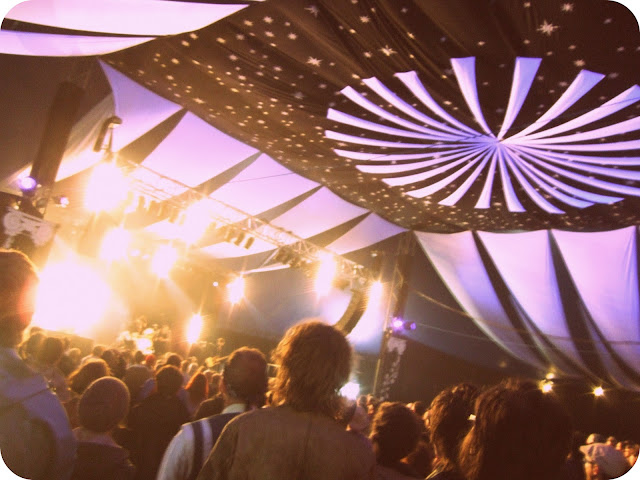 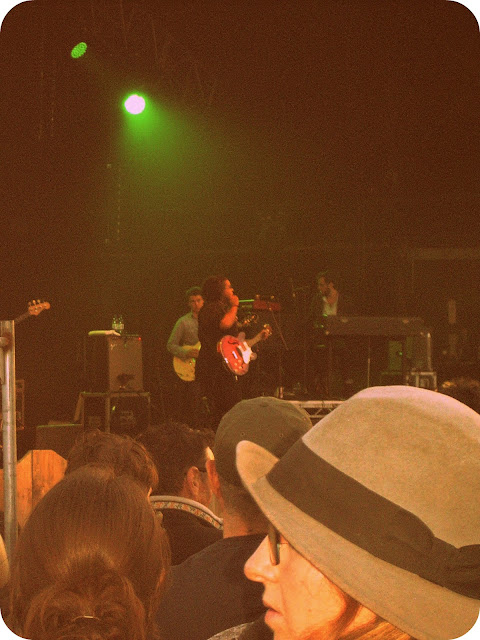 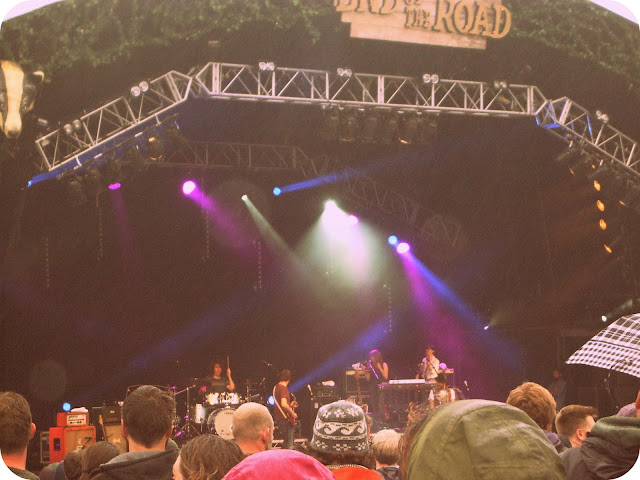 As did Blur's Graham Coxon. 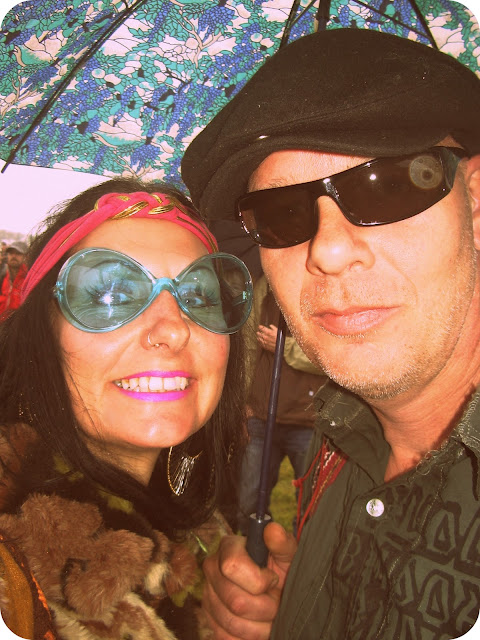 So much so that we barely noticed the rain. 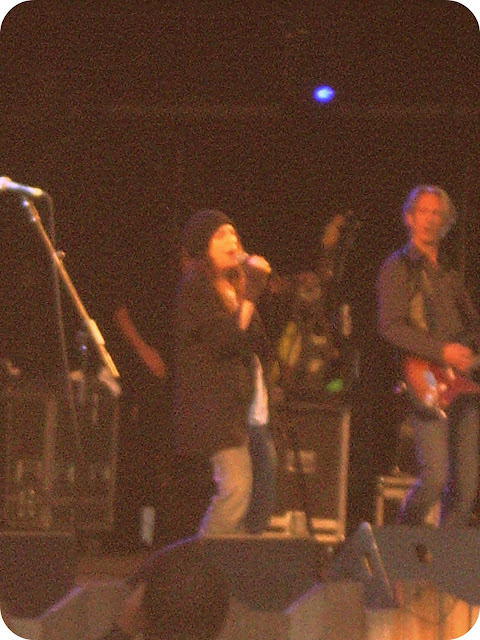 After the live music finishes we head off to the forest to the disco, an open air dance floor where you can dance to anything from The Smiths, The Supremes and Fleetwood Mac until the early hours.

I bet you laughed at me taking a fake fur coat, mittens and thermal long johns to a summer music festival. I've got them all on here. It's always blinking freezing at night time. 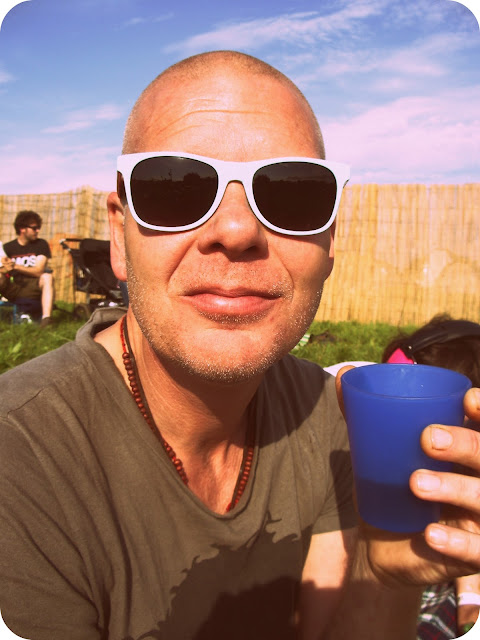 As usual the weather was ridiculous.

From glorious sunshine, lashing rain to bone chillingly cold we had it all. 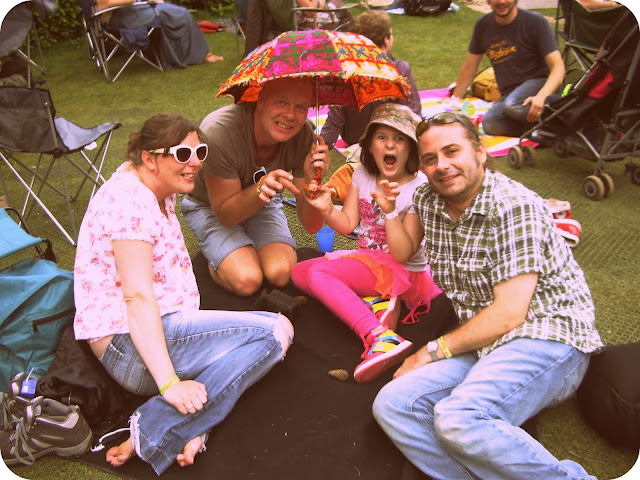 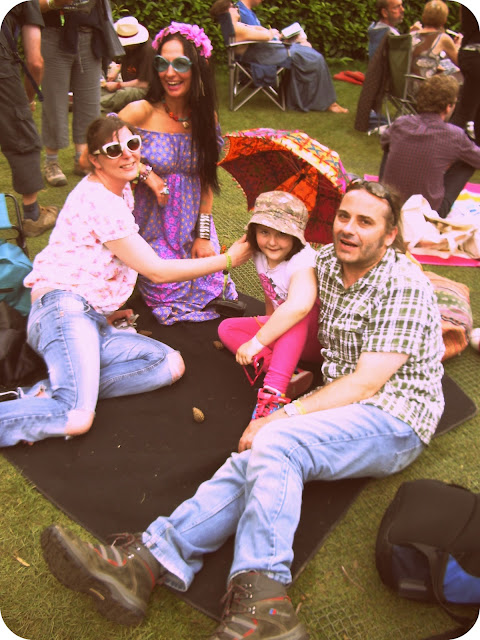 But we had a fabulous time. 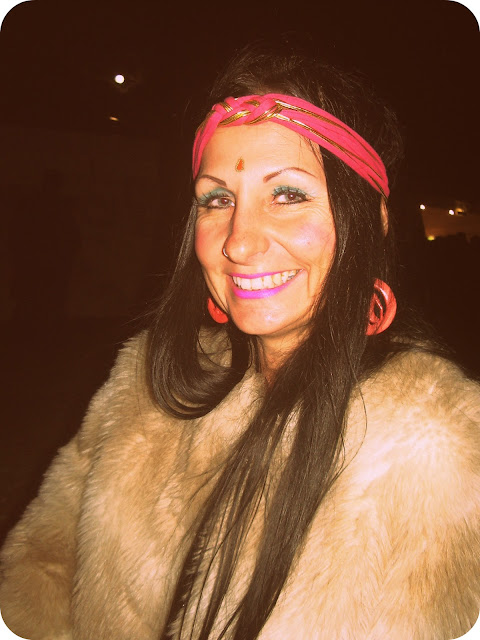 Stuff designer shoes, high-end cosmetics and fashionable clothes, I'm happy to stick with second-hand tat & cheapo stuff if it means I can get my festival fix all summer long.

I'm off to catch up with all I've missed in Blogland and might be some time.
See you soon!
Posted by Vix at Tuesday, September 04, 2012