Guess Who's Coming For Dinner? 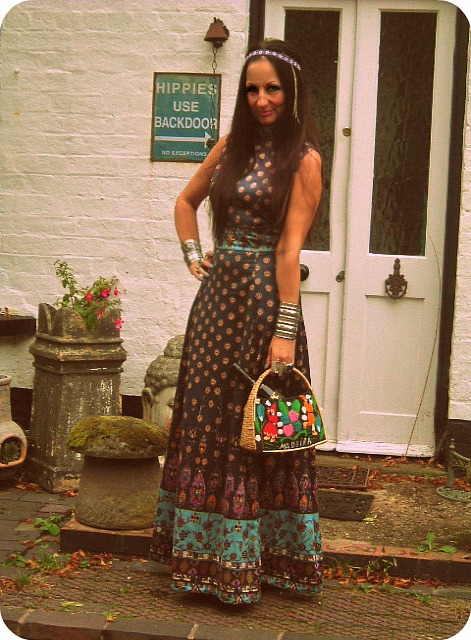 Us! Last night we went round to Liz and Adrian's to belatedly celebrate Jon's birthday. 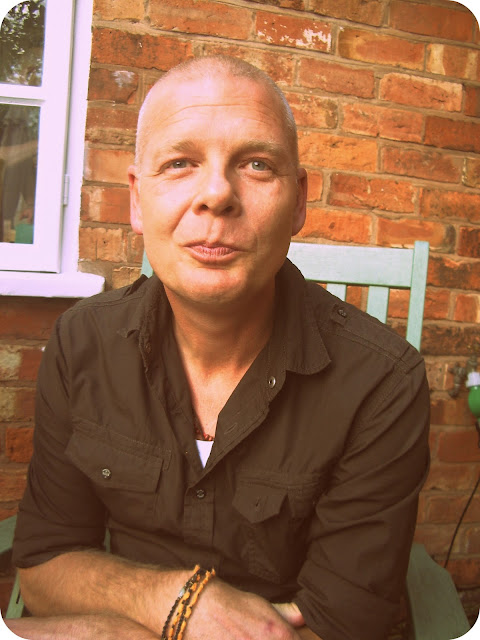 Not that he minded spending last Sunday in a muddy field, eating reconstituted veggie burgers, drinking vodka out of a can and queueing for the loo, along with some brilliant live music and a bit of sunshine, that's pretty much his idea of a perfect day. 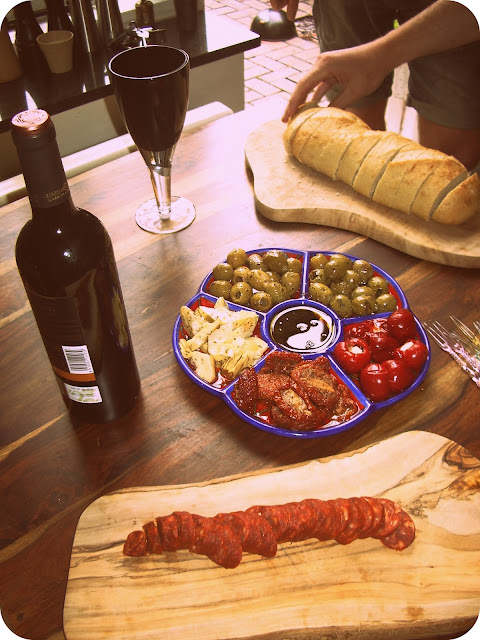 We kicked off with devilled artichoke hearts, cream cheese stuffed Pepperdew peppers, mixed olives, sun-blush tomatoes, freshly-baked Ciabatta bread with balsamic vinegar & olive oil for dipping with peperoni on the side along with copious amounts of wine. 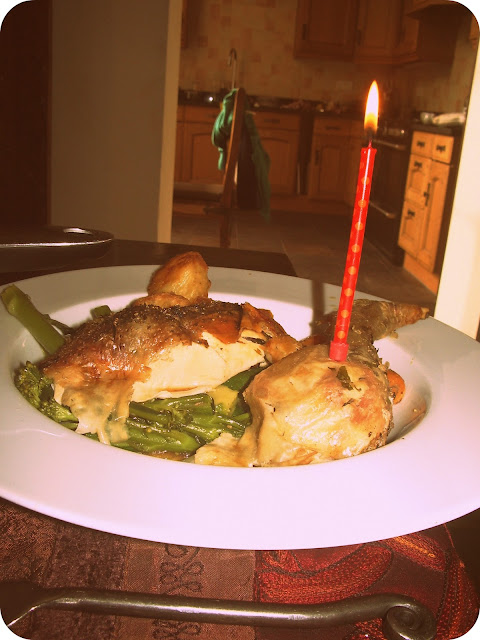 The carnivores had lemon and garlic-stuffed slow-roasted chicken (Jon got a special garnish with his). 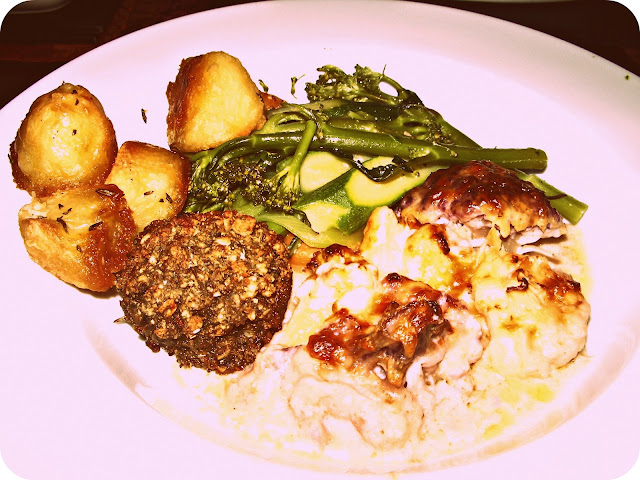 Delicious cauliflower cheese for veggie me, all served with sage and onion stuffing, roast potatoes, sautéed tender broccoli with baby courgettes and carrots. 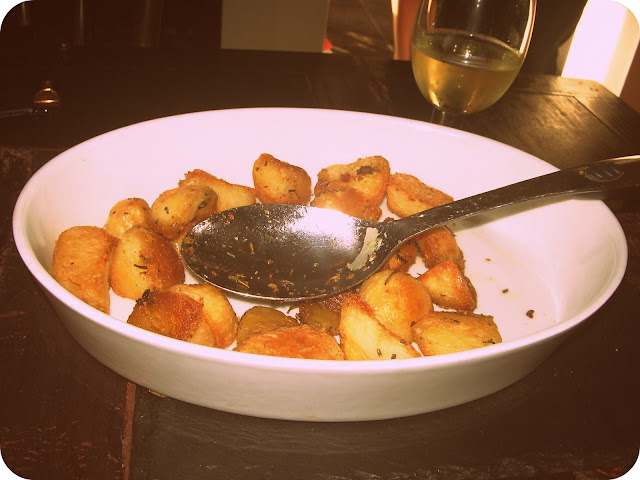 The roast spuds were to die for! 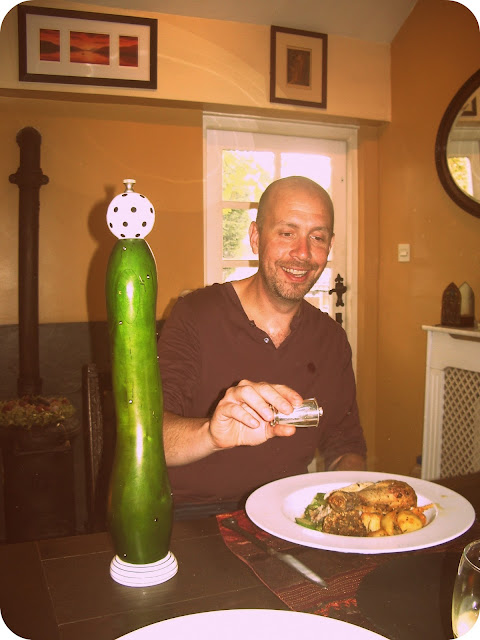 Adrian and his impressive pepper mill. 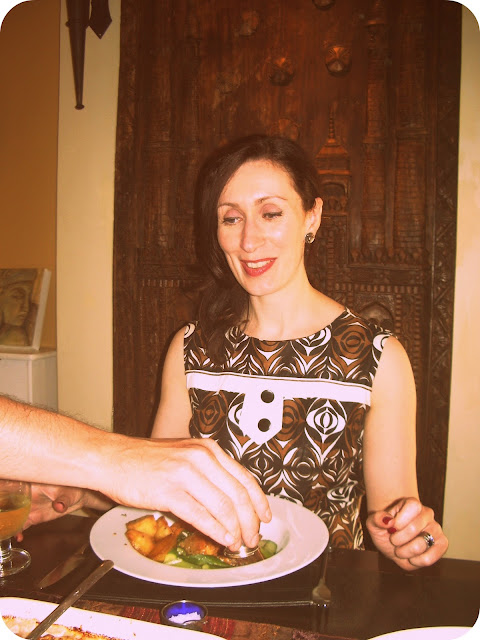 After dinner the sun came out and we adjourned to the garden. 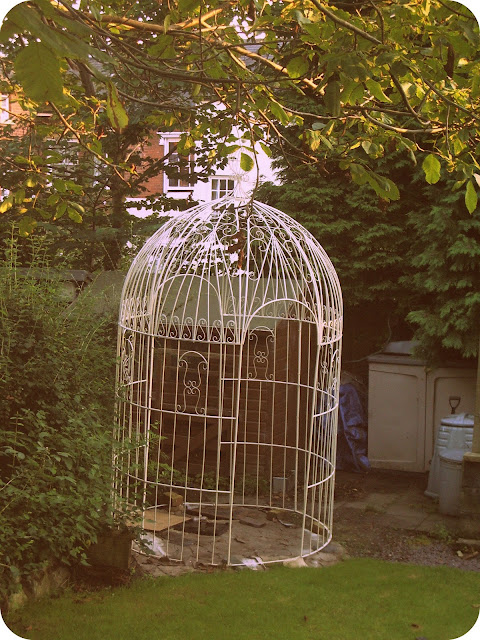 Liz had this gazebo for her 40th birthday. 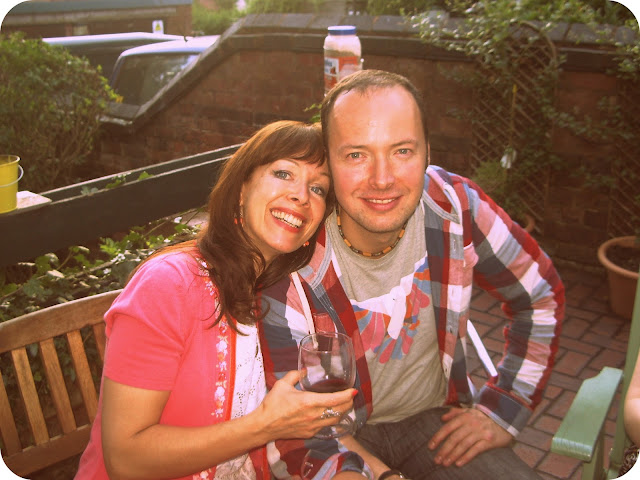 Al joined us later after a day's sailing. 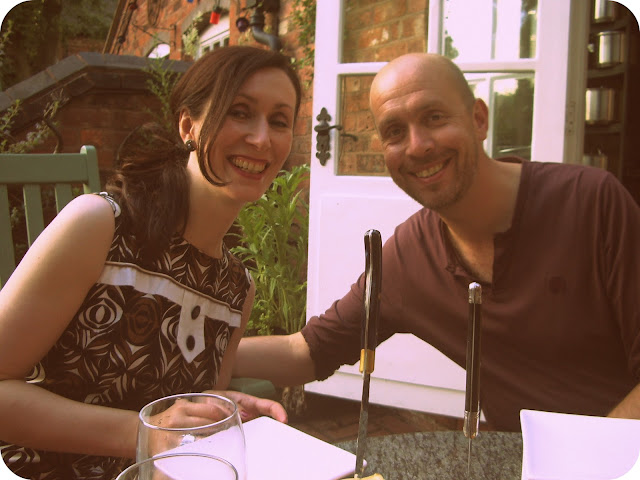 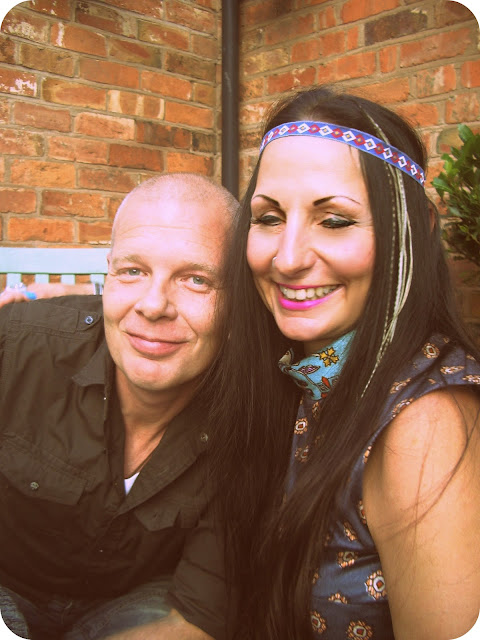 The birthday boy and (a very pasty) looking me. I think the flash was one, I'm not this pale in the depths of winter! 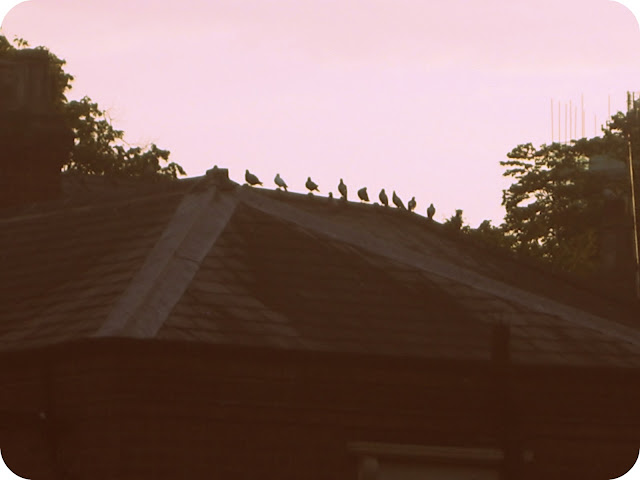 I've only just re-read Daphne Du Maurier's The Birds so this lot looked a bit menacing. 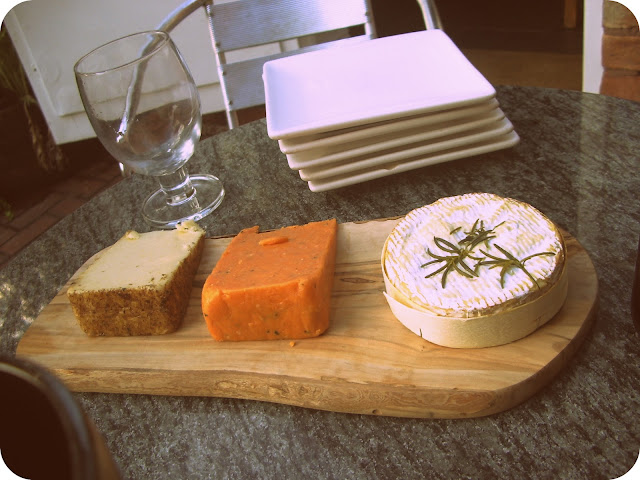 This Herefordshire Hop, Red Leicester with chives and baked Camembert didn't last five minutes. Stupidly I forgot to bring along the kitsch cheeseboard I scored from last week's car boot, a perfect excuse for doing it all over again. 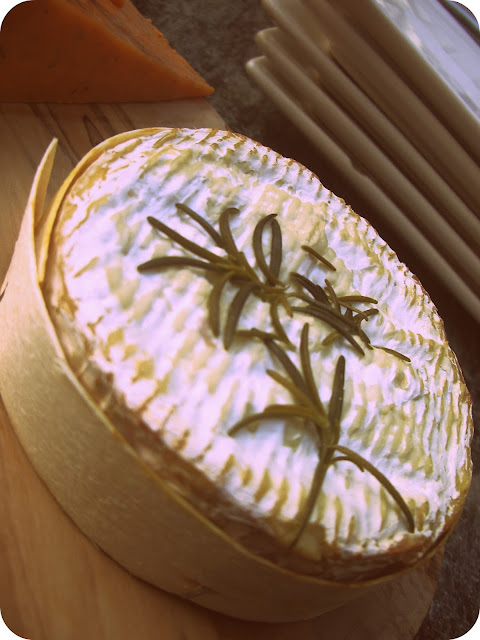 Despite the huge dinner and the free-flowing wine we managed to stay awake for the Olympic Closing Ceremony in it's entirety which was just as well, I'd have been gutted if I'd missed The Who!

I'm meeting up with the girls tomorrow for a day of culture, daytime drinking and vintage clothes shopping, so if town's up to it's usual standards expect tales of frisky pensioners in Wetherspoons, mind-blowing art exhibits and fabulous finds!

Email ThisBlogThis!Share to TwitterShare to FacebookShare to Pinterest
Labels: Out and About