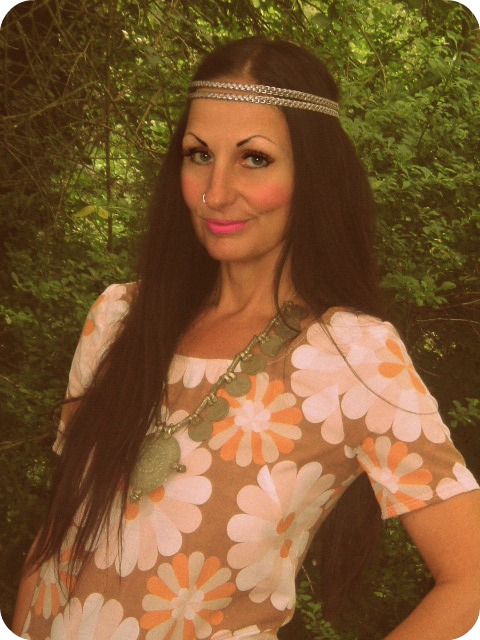 Yesterday I claimed Jiffy patterns were so easy to follow you could make them drunk. 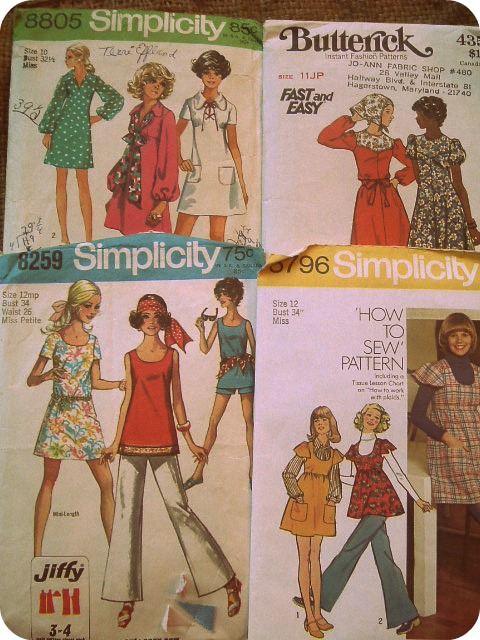 So last night I quaffed half a bottle of Chardonnay and made this using the 1969 Simplicity 8259 pattern Tamera sent me and an old bed sheet. I think it came out even better than if I'd attempted it sober. 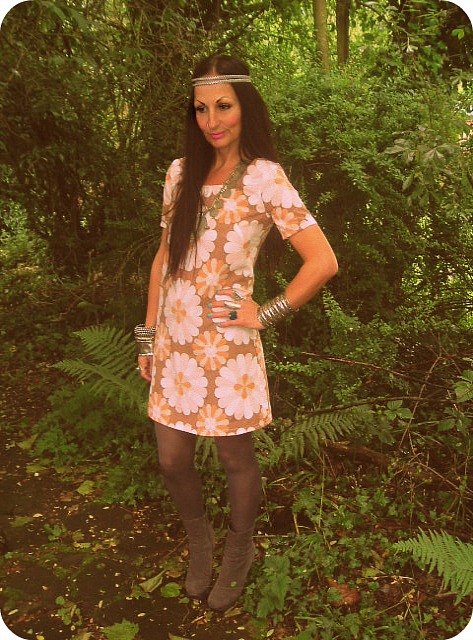 I wore it to run some errands in town today and it managed to stay in one piece, a sure sign of a well-made frock in my opinion. I even got called a glamour puss by a frisky pensioner.

Remember our terrible video from last year? (Watch at your peril, I've  become the very type of middle-aged woman I dreaded as a 20 year old.)


Freaky dancing aside I loved the chartreuse 1960s frock I was wearing and was beside myself with excitement when I spotted something similar on eBay last week. I wanted it so much I set my alarm for some ungodly hour on Sunday morning to place a bid. 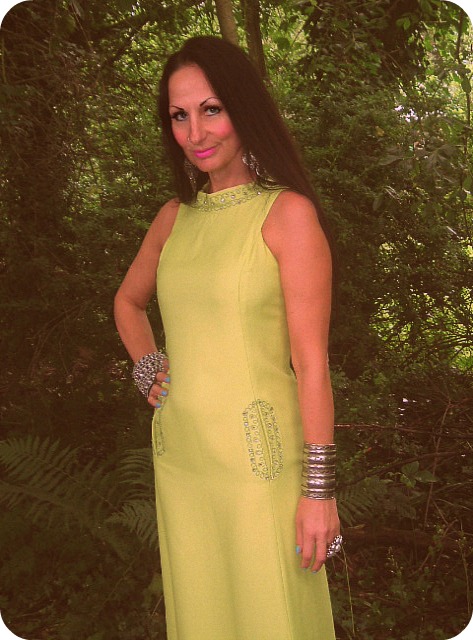 I did consider wearing it for Liz's 40th birthday celebrations later but as it looks best with my trashy 7inch stripper shoes and the evening involves public transport, torrential rain and a walk across a field I think I'll have a rethink. 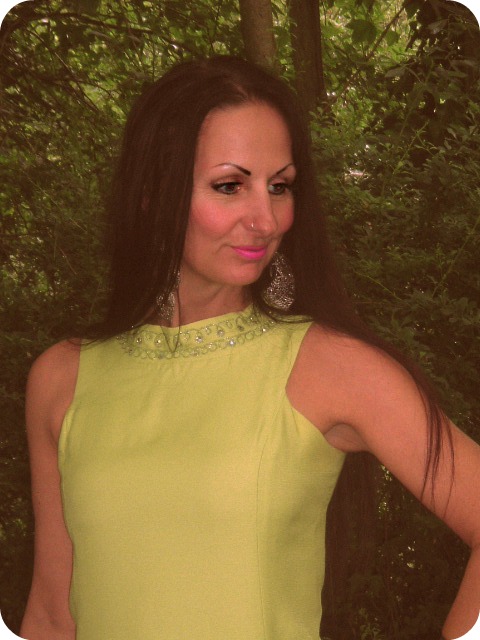 Have a wonderful weekend whatever you get up to.
See you soon!
Posted by Vix at Friday, June 22, 2012