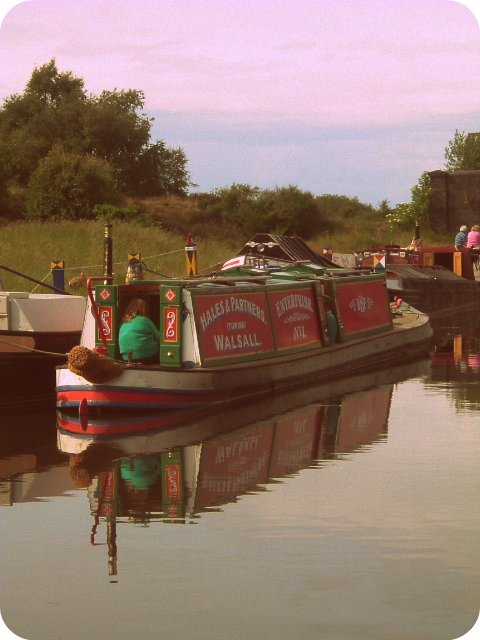 Did you know that here in the Black Country we've got more miles of canal than Venice? 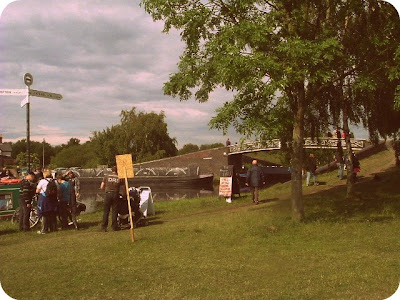 Back in the days of the Industrial Revolution roads were so poor that a network of waterways developed to serve the local steel, coal, lime and glass industries. In more recent times, following the demise of the West Midland's manufacturing industry the canals became abandoned, heavily polluted and a dumping ground for shopping trolleys and scabby mattresses. Following a clean-up initiative between volunteer groups and British Waterways the last few years have seen them restored to their former glory and the canals have now become a big part of our local leisure and tourism industry. 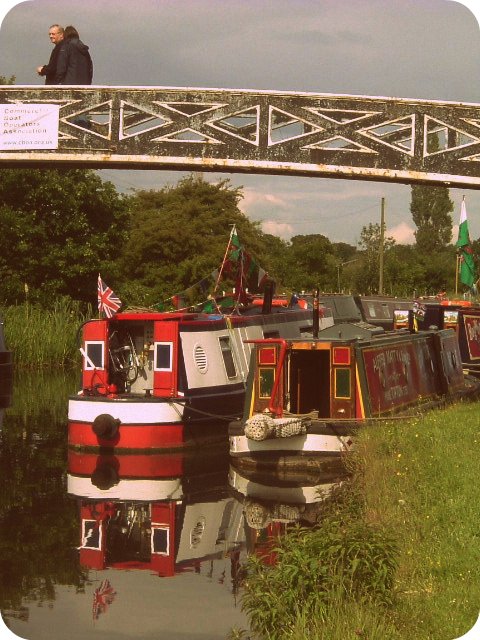 This weekend our town hosted a canal boat festival and being that it was free, offered a fine array of local real ales and was being held in our mates' back garden we just had to pop along.

Liz, Liz and I sample some local ales. 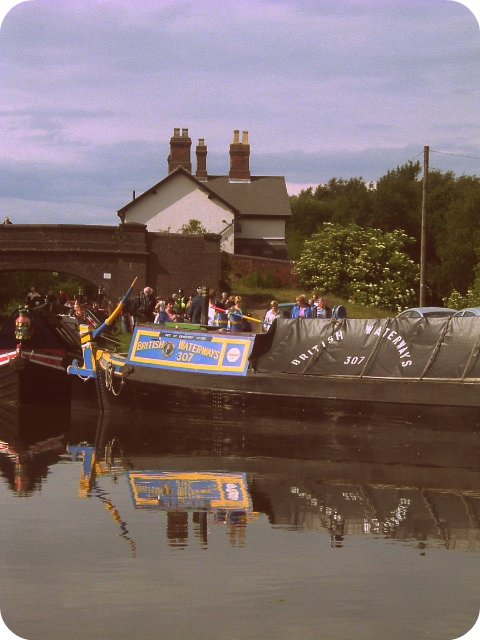 The white building is Liz and Al's converted toll-keeper's cottage. 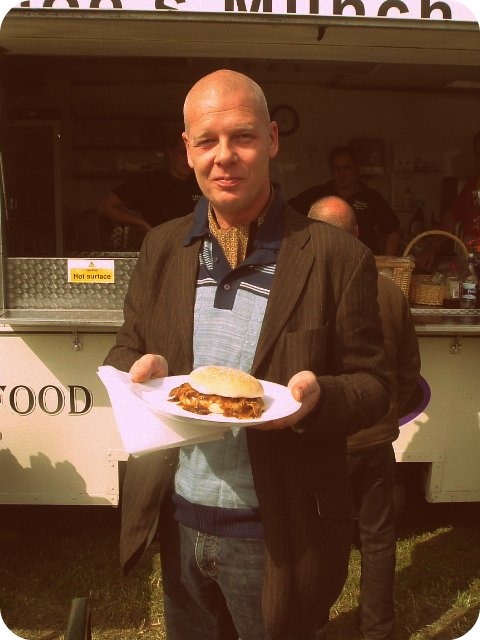 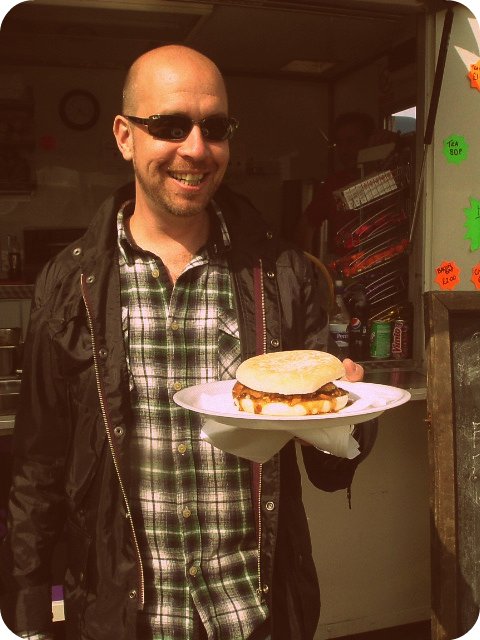 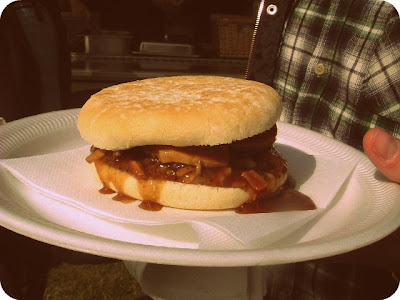 .. can resist the lure of a hot pork bap. 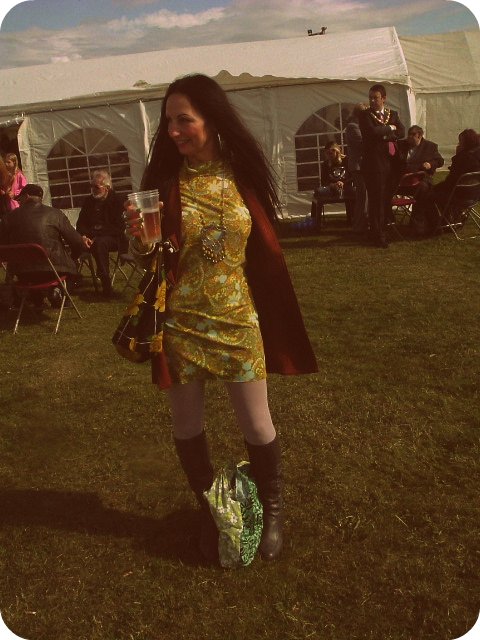 Can you believe the cheek of our new mayor, trying to sneak into a blog photo? 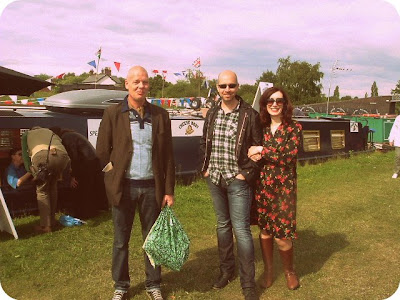 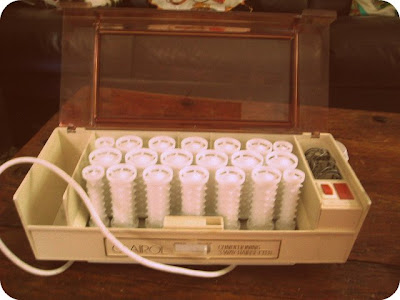 There were a few bric-a-brac stalls and I snaffled these retro Clairol rollers for £1, hence the reason for the big green bag (from the lovely Rachel's blog giveaway) that Jon's carrying. 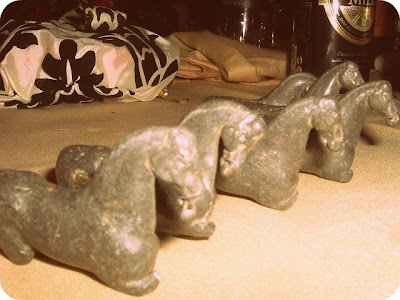 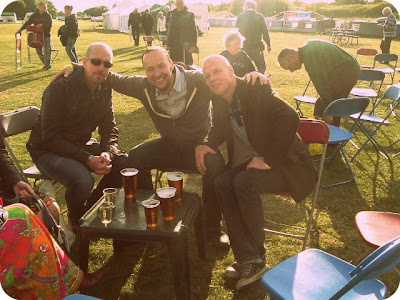 Adrian, Al and Jon enjoying Entire Ale. Strangely the real ale tent ran out of beer shortly after I took this picture so we headed to an Indian restaurant via the off-licence for supplies. 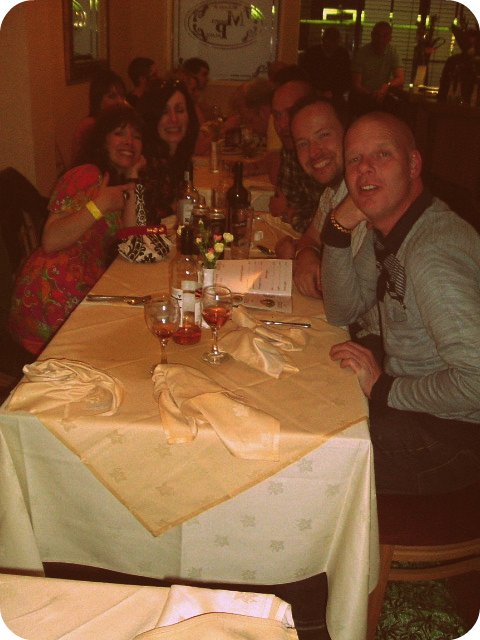 My Mushroom Ceylon (with chopped red chillies and grated coconut) was so fiery it brought tears to my eyes.


The sun was shining but it was so cold that I had to bring my tights out of hibernation.

It's awful here today, it hasn't stopped raining since first thing thing this morning which has put paid to any gardening we had planned. Looks like a day of sewing and mending is on the cards once I've caught up with my favourite blogs.

Enjoy the rest of your weekend.