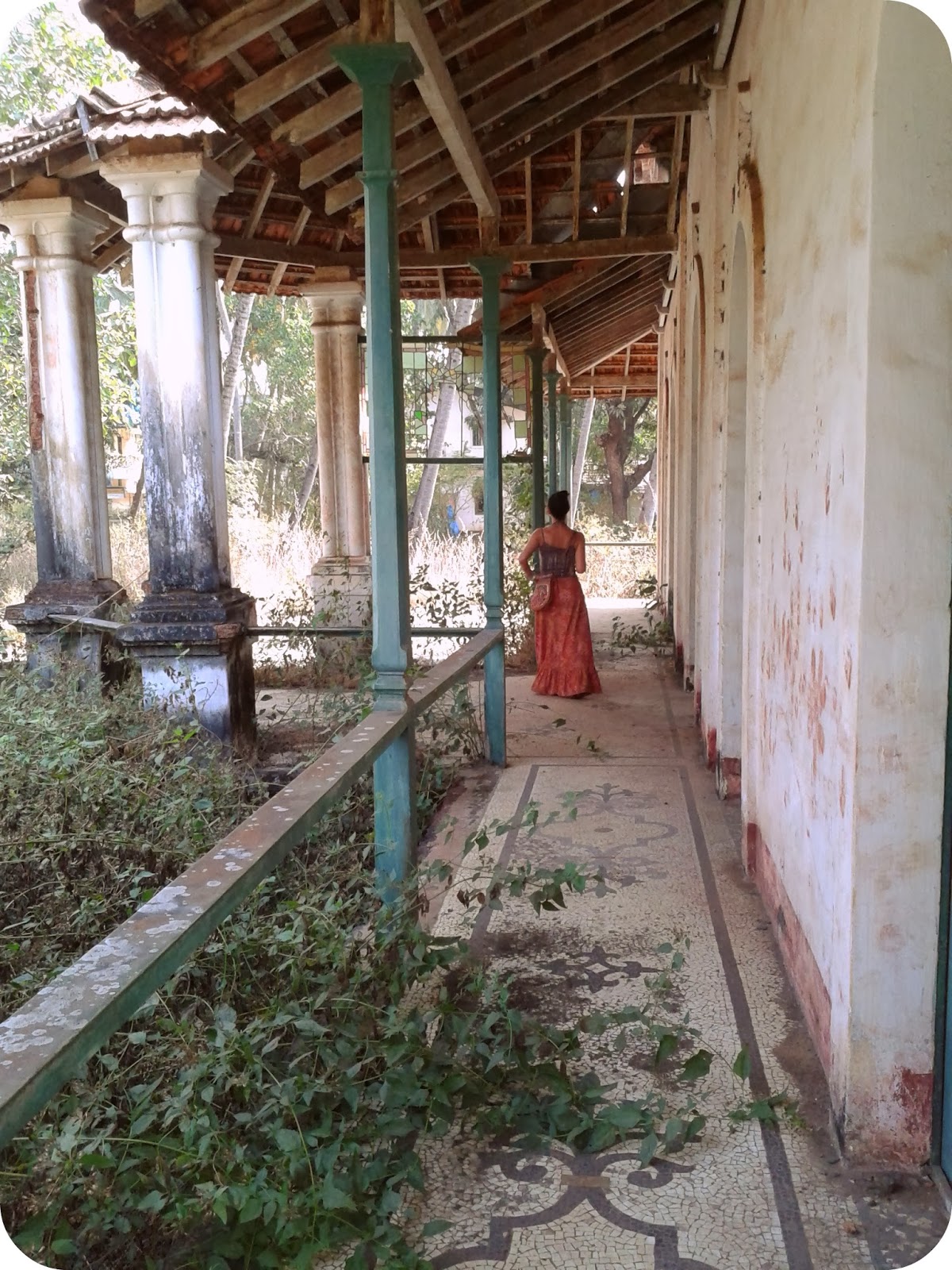 Our trips to India aren't just non-stop bonanzas of beaches, bikinis, booze, bhajis and Bollywood tunes, you know. We love a bit of culture, too. 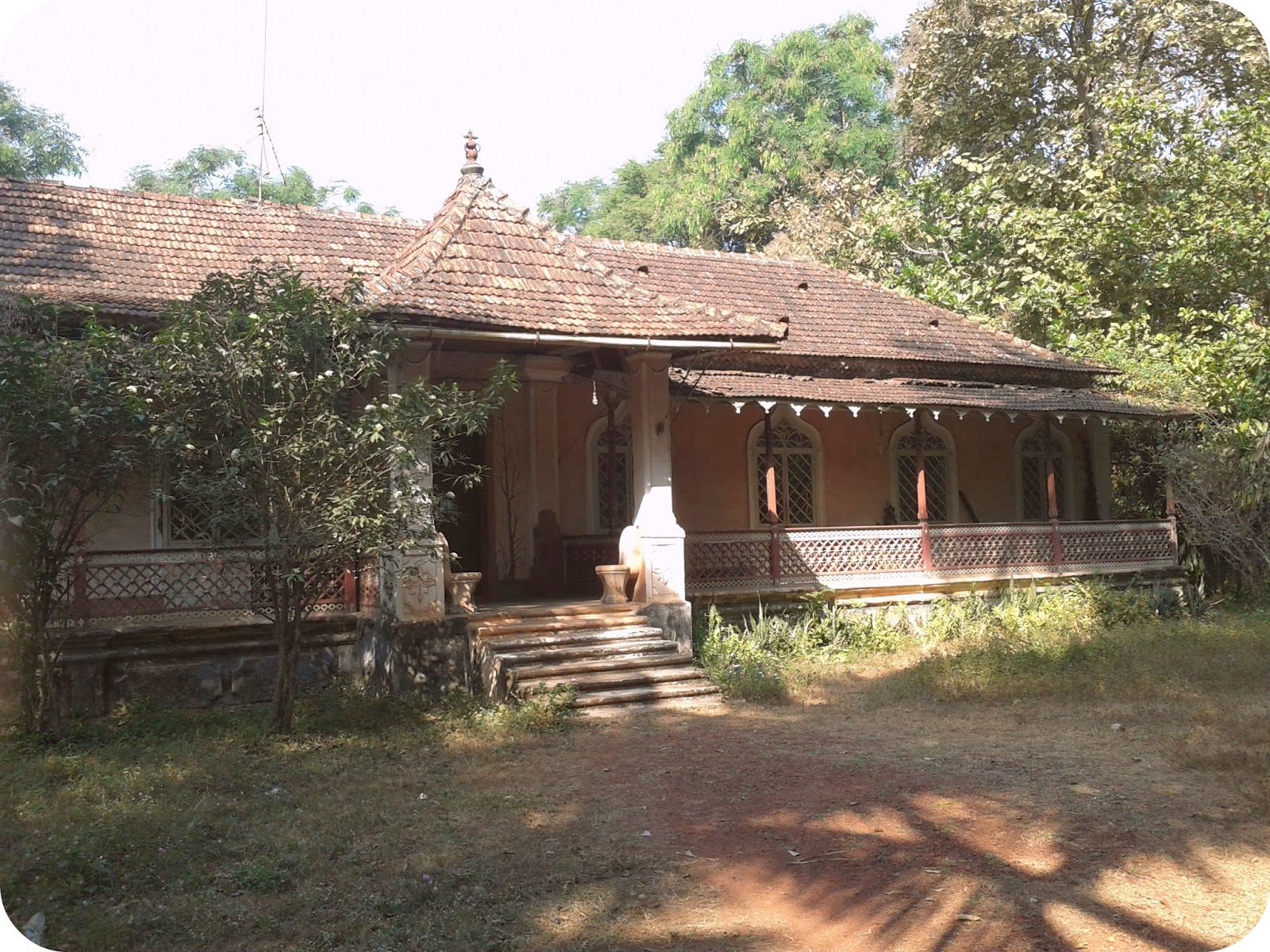 The South Goan countryside is littered with derelict Portuguese mansions which, due to complex inheritance laws passed back in the days of colonial rule, are often locked up and left to decay once the owner dies. 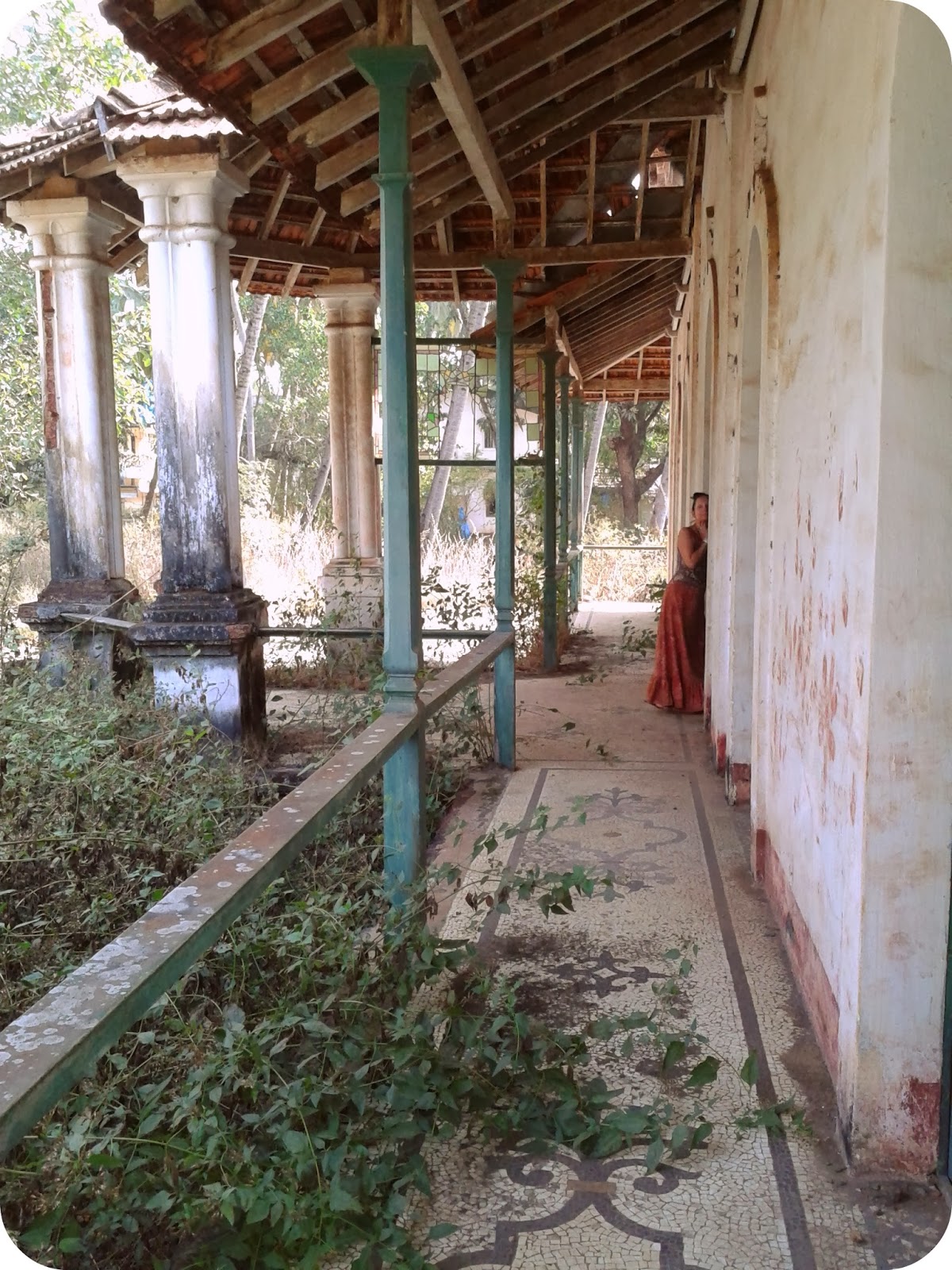 And in Goa, being the refreshingly laid back place we know and love, nobody bats an eyelash if we brave the snakes, wild pigs and greenery and explore. After prostrating ourselves on the beach to soak up 36° C of sunshine it is one of our favourite things to do. 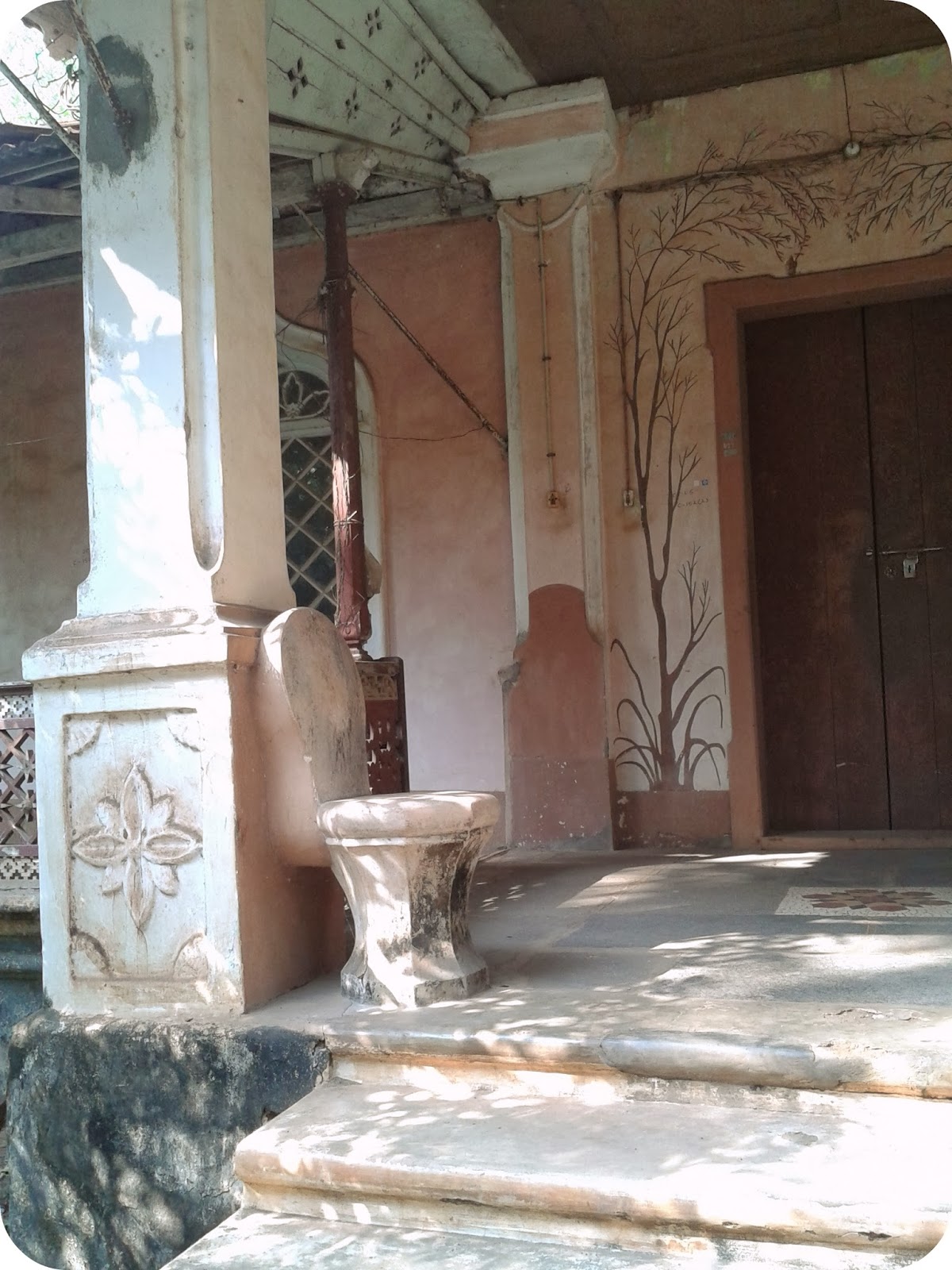 These balcao seats are seen on houses built in the 18th and 19th centuries and allowed men and women to sit together and be seen from the street. 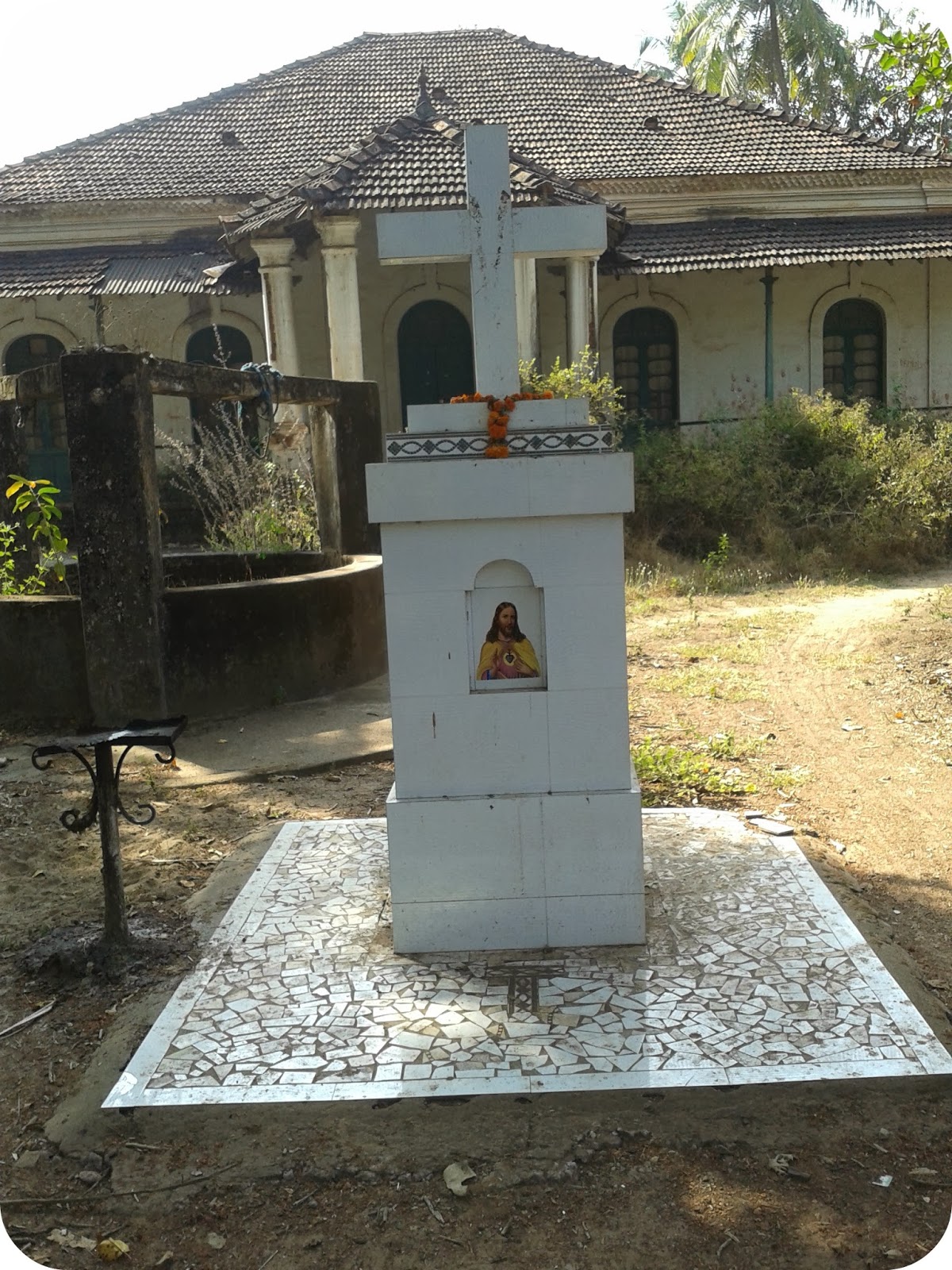 Introduced by the conquering Portuguese in 1510, Catholicism still remains the second-most popular religion in Goa despite the state becoming independent in 1961. 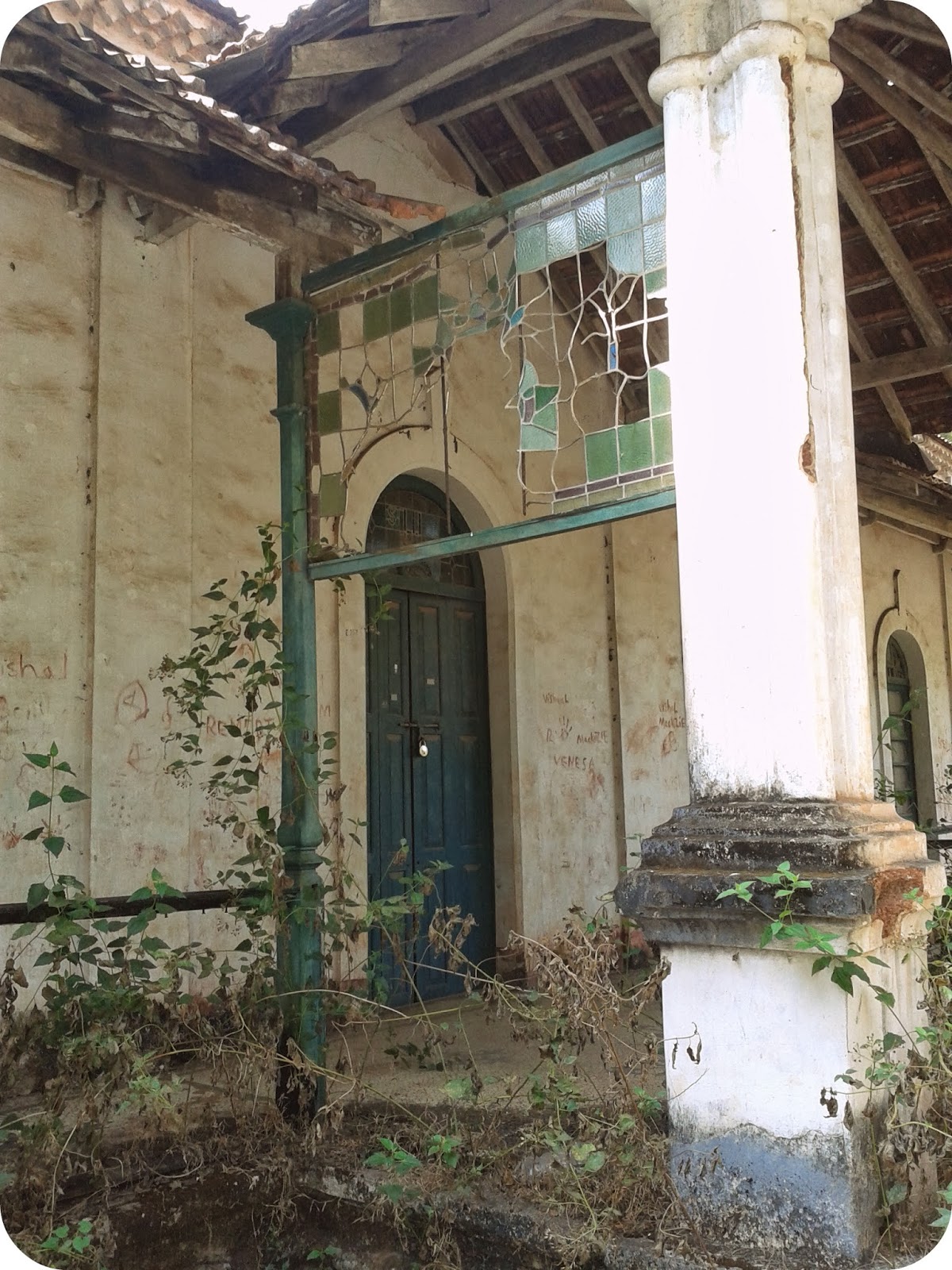 The old houses are a peculiar blend of Portuguese and Indian architecture. 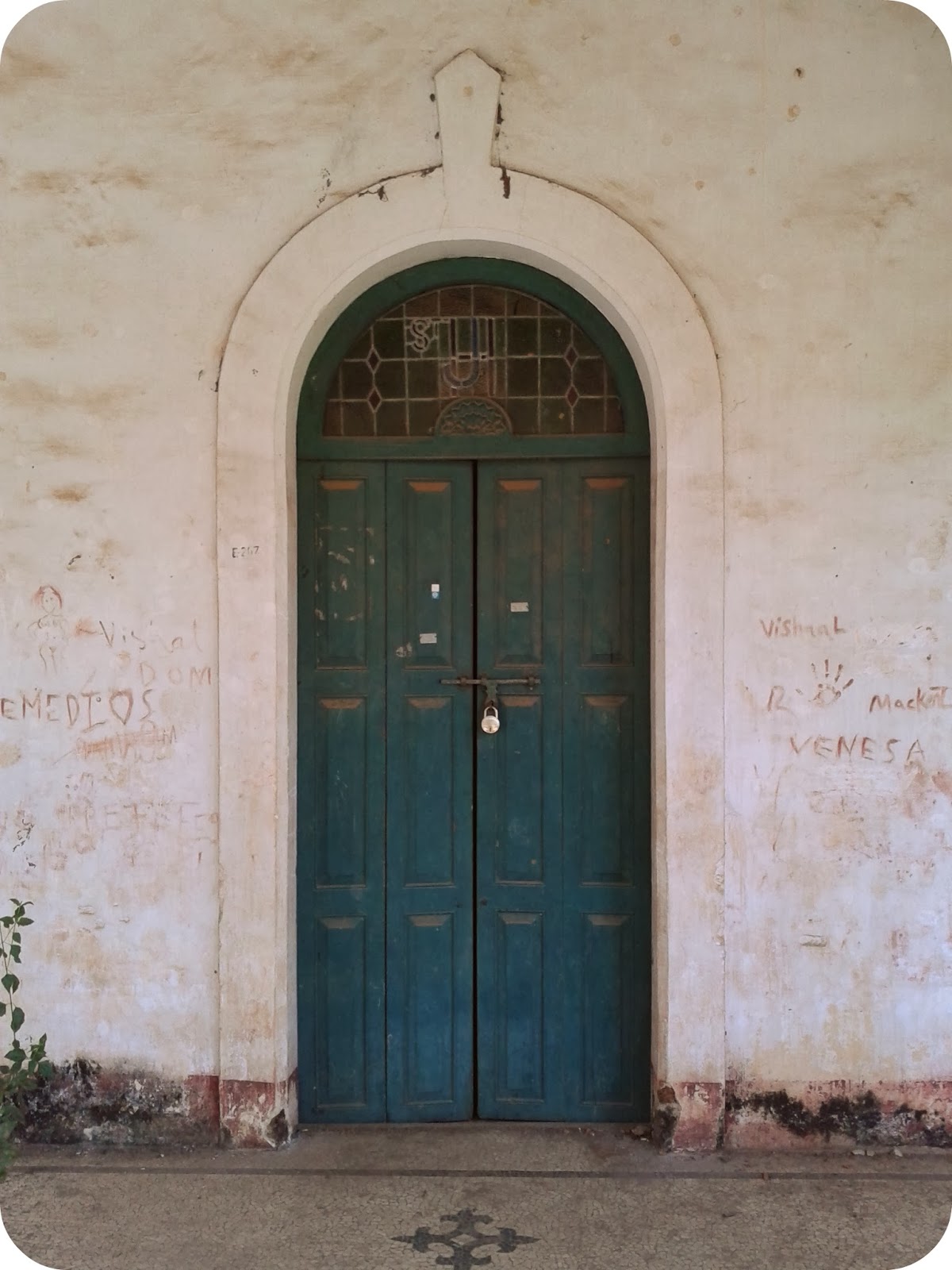 Unofficially only Catholic churches were allowed to remain white, residential houses were almost always painted in shockingly bright colours & redecorated annually after the monsoon. Maybe this grand residence was an abandoned convent? 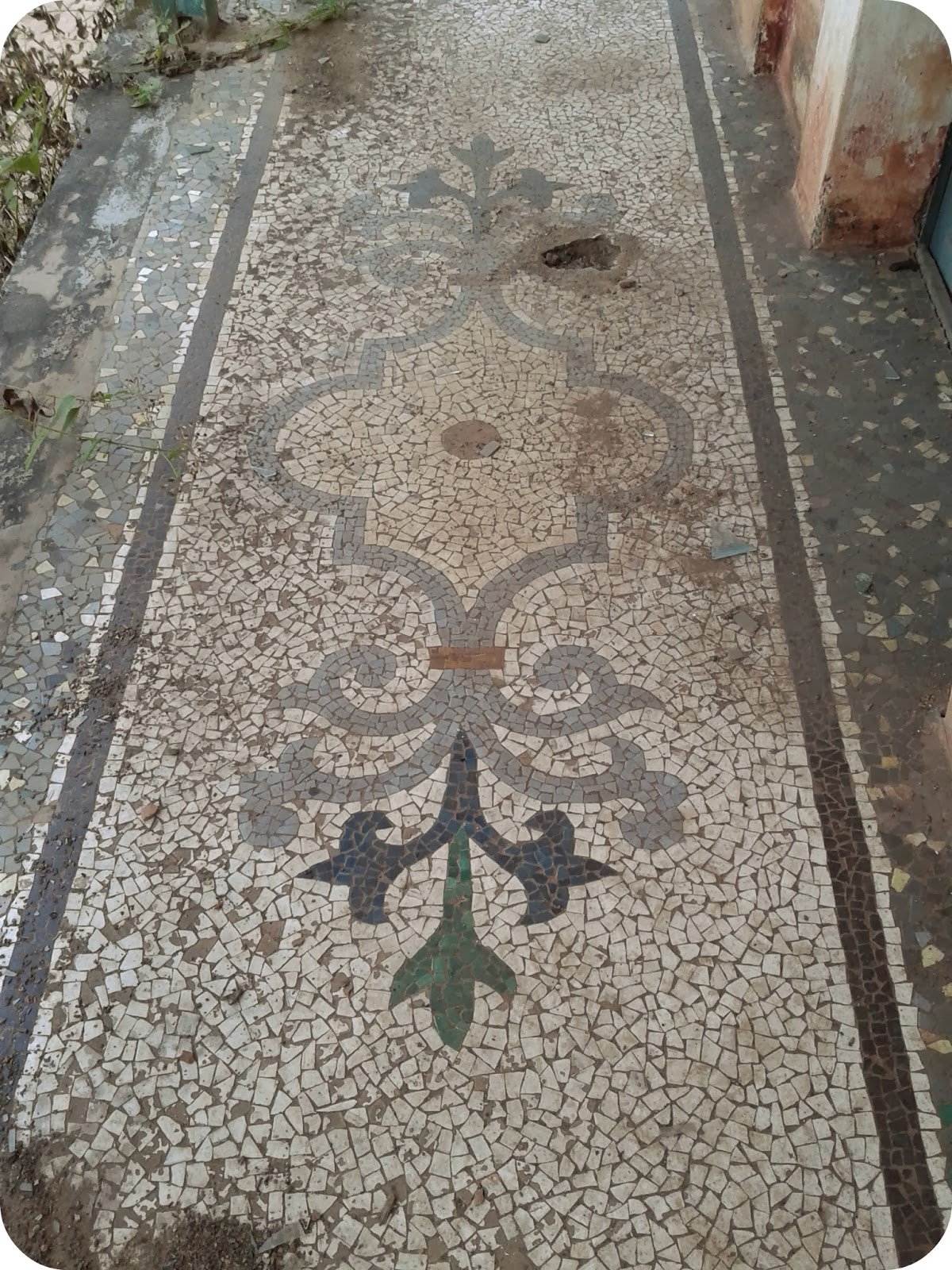 The outdoor floors are often intricate mosaics, made from tiles imported from Europe. 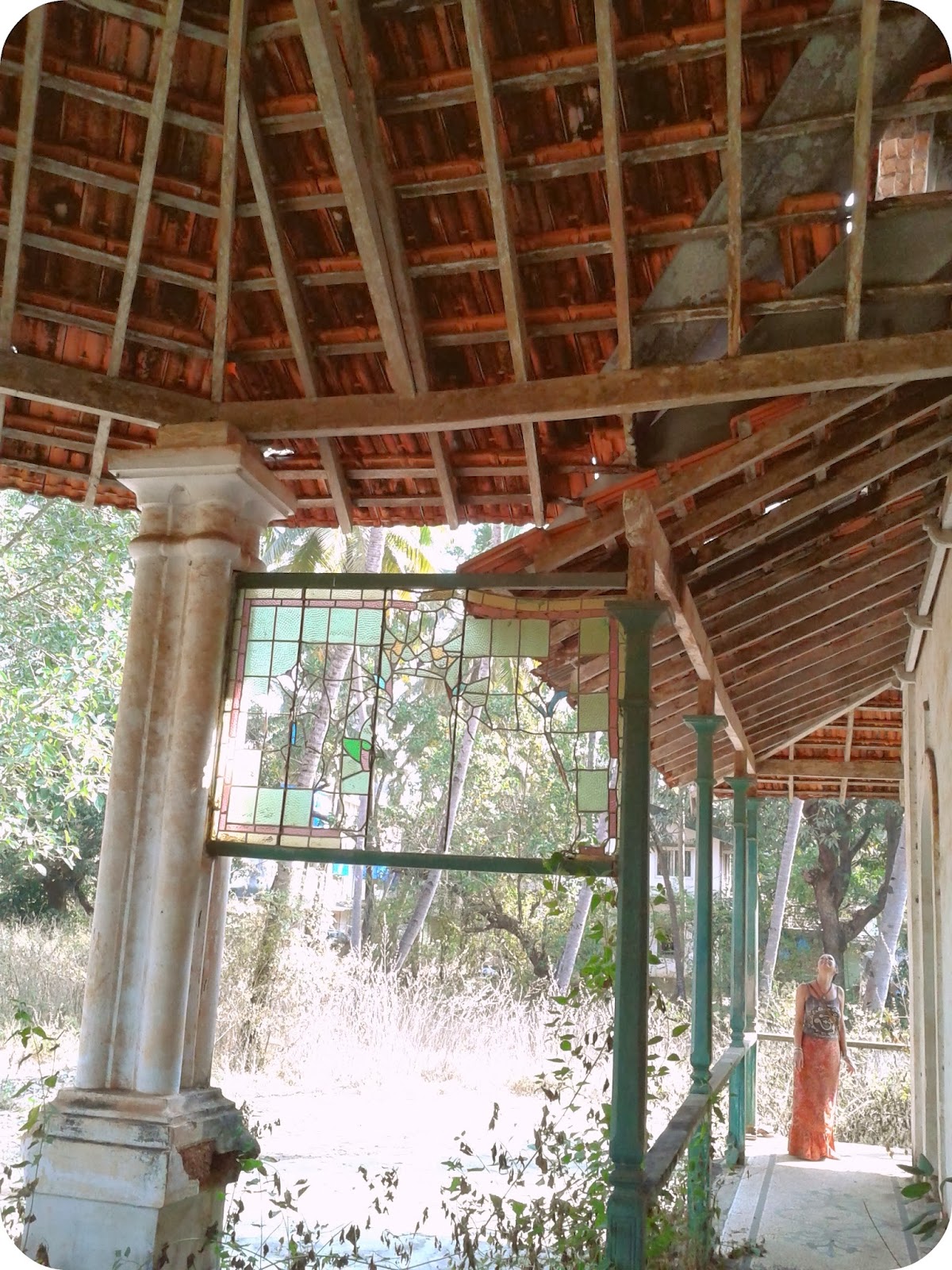 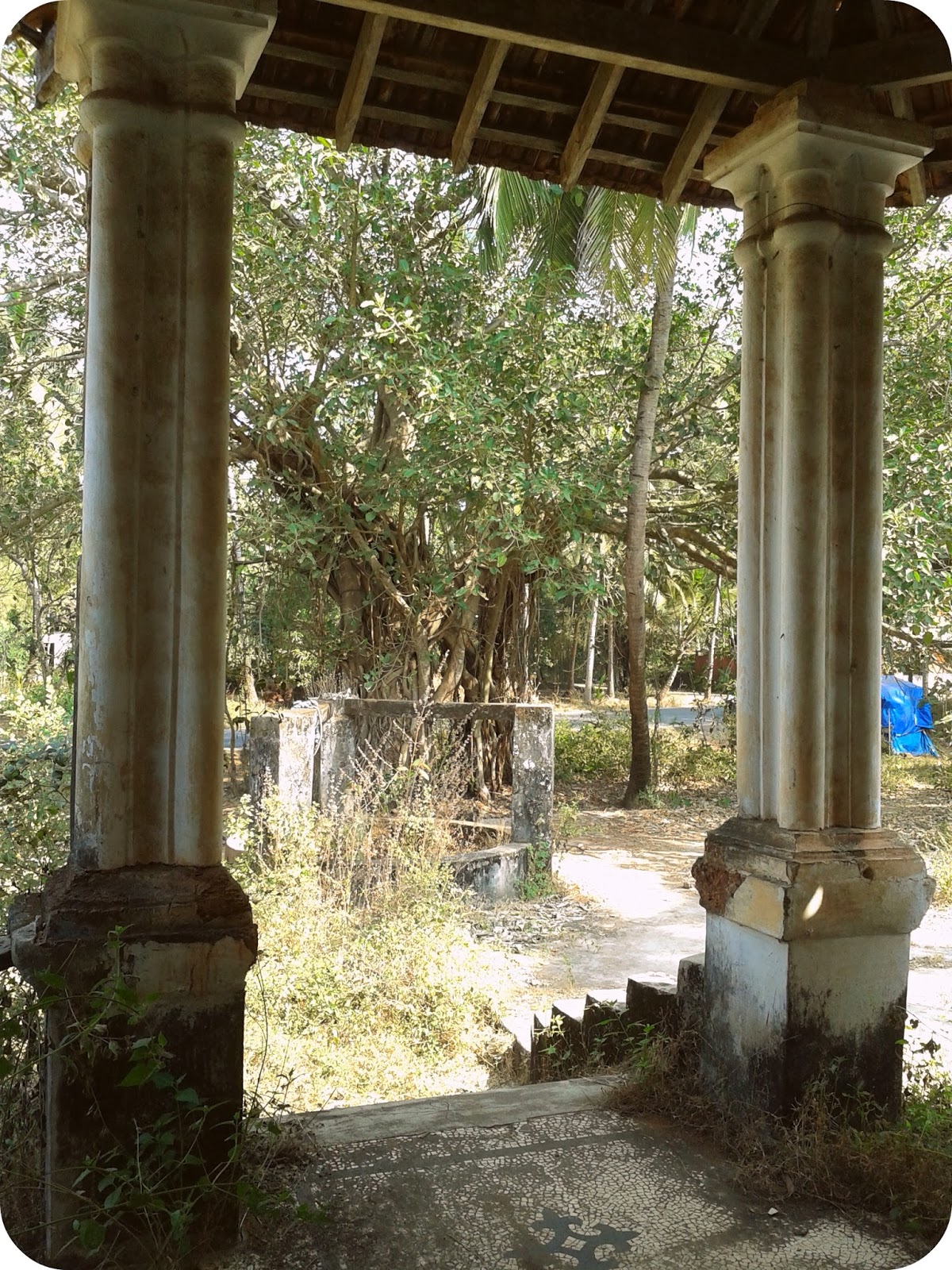 Goan houses are built around wells. Even today the first step before constructing a house is consulting a water diviner who will direct the owners to the ideal spot for a well to be sited. 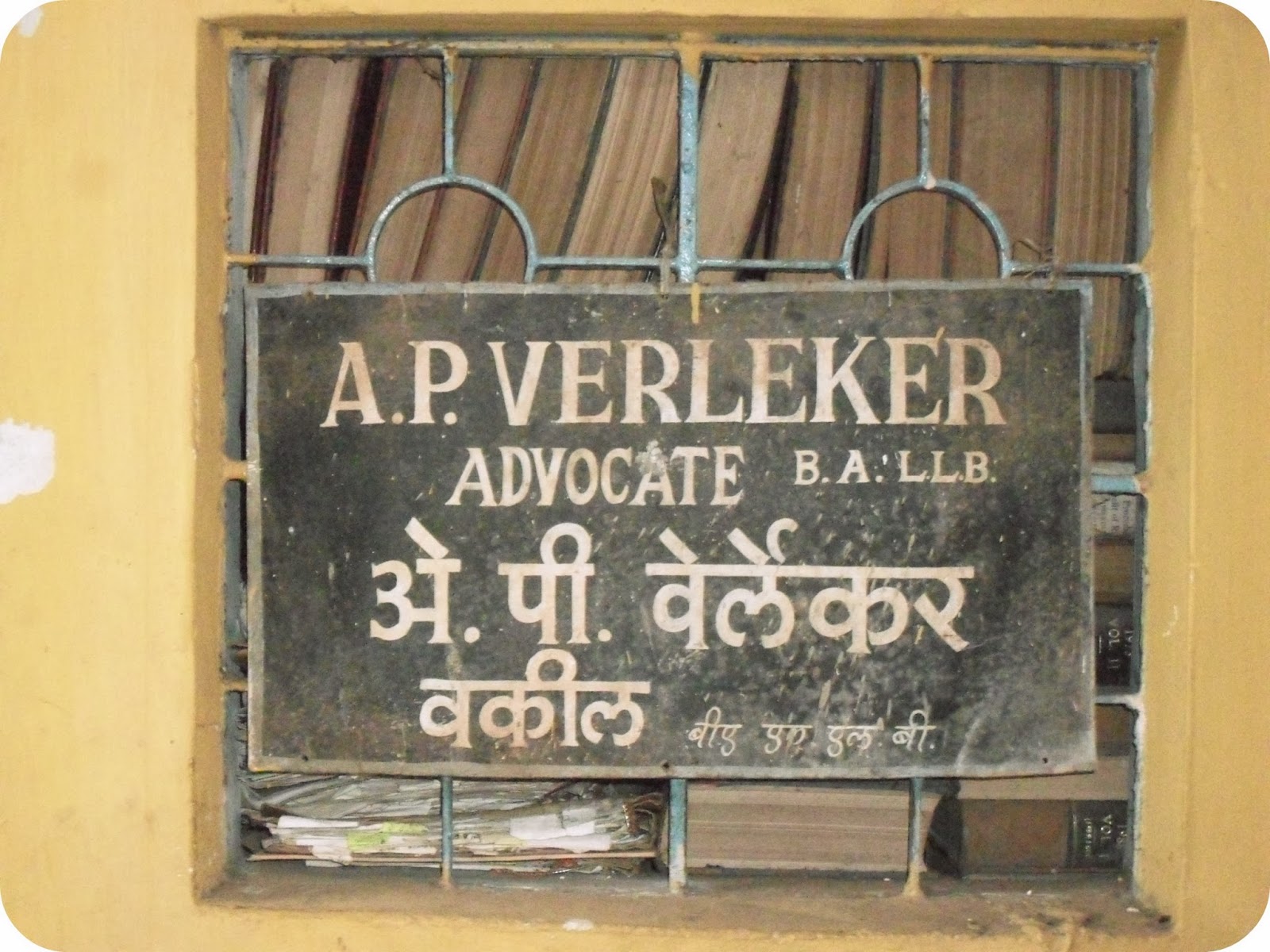 We spotted this abandoned advocate's office in the centre of Margao, Goa's second city. The files and legal books remained eerily untouched. 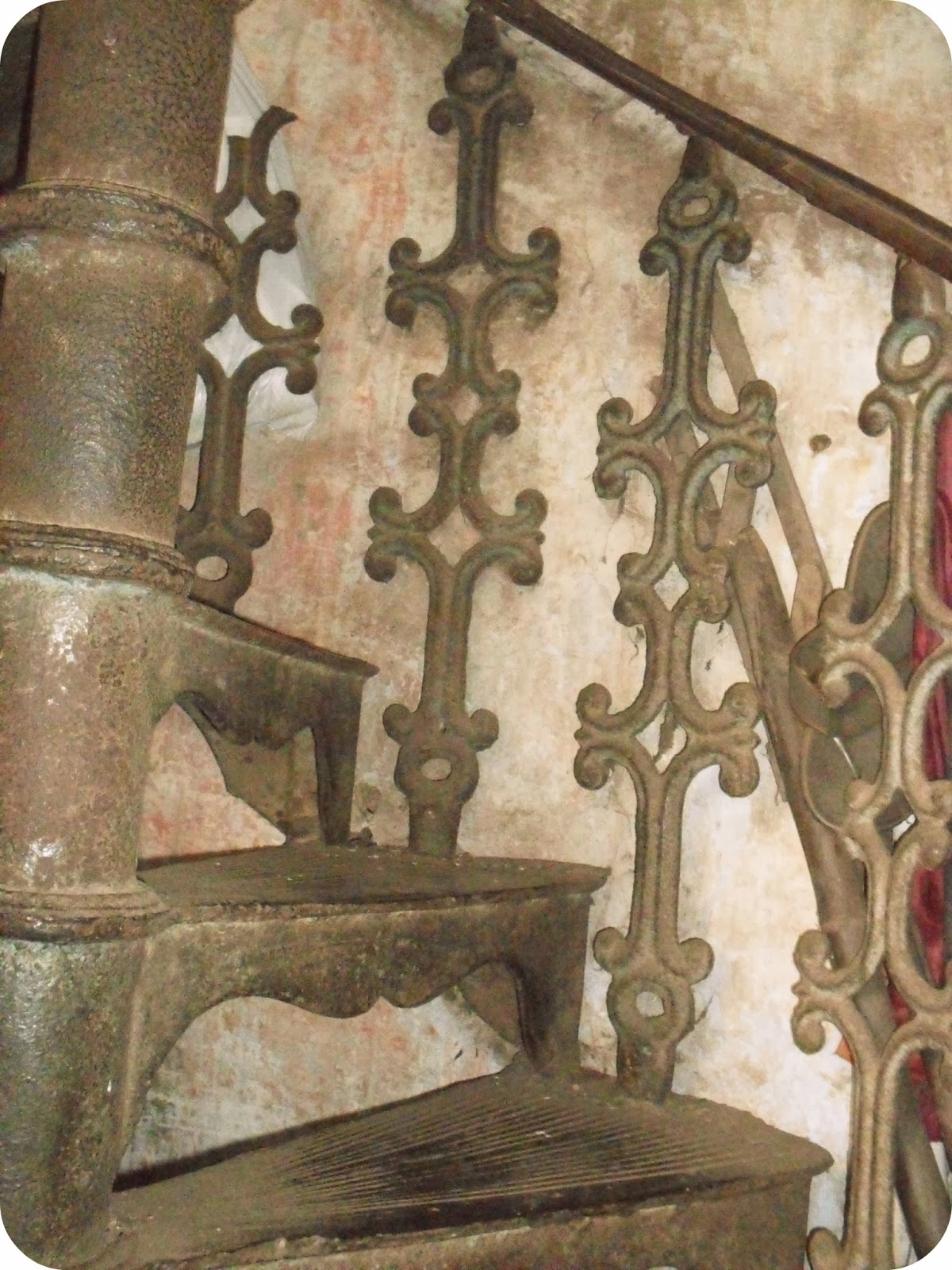 An ornate cast iron staircase was all that remained in this derelict, roofless building. 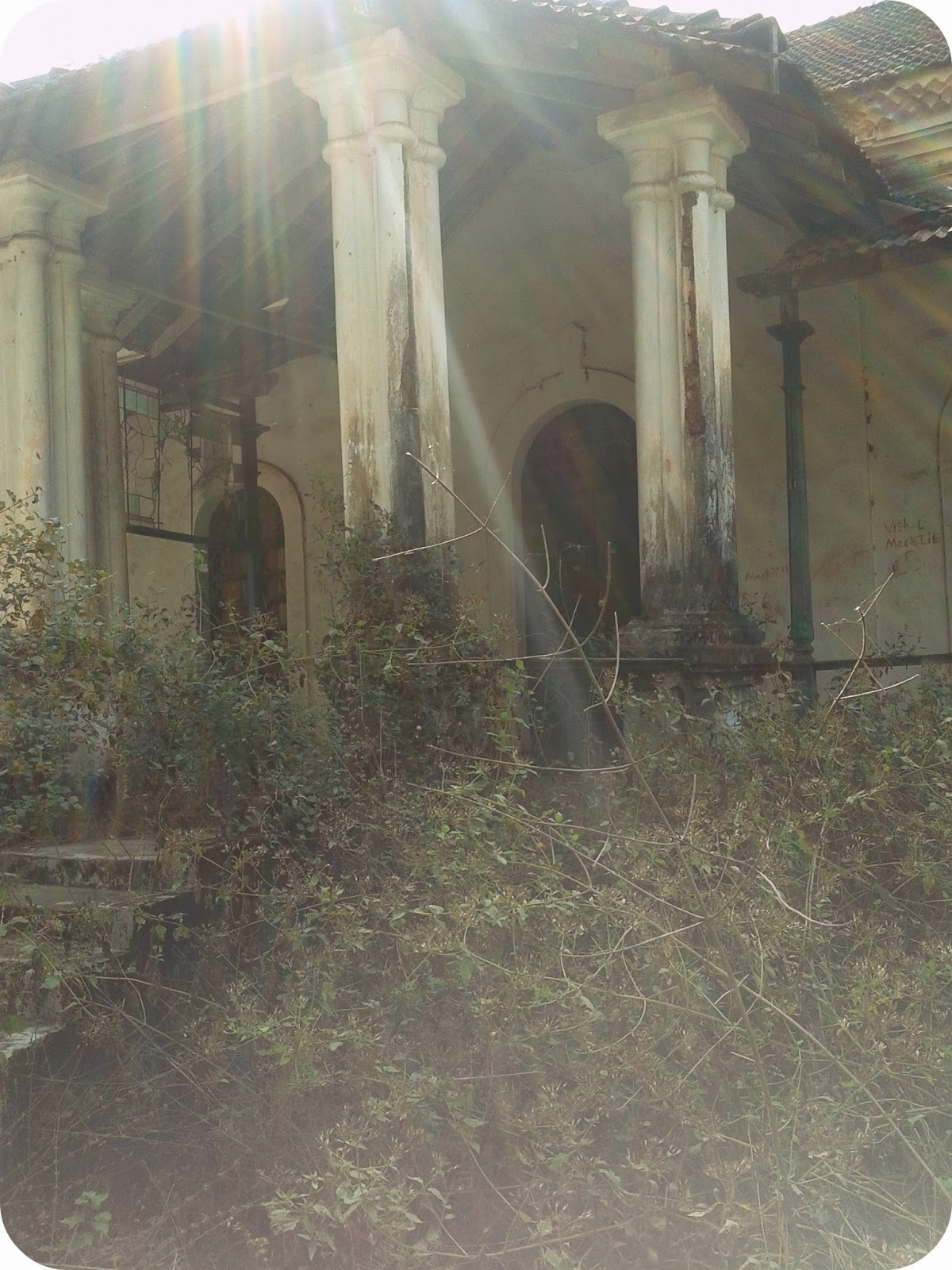 We can sit and fantasise about how we'd transform a house like this for hours. Ochre walls, oil drum planters, colonial-style cane chairs on the balcony, stained glass lanterns, mosaic tiled steps....a girl can dream.


Talking of dreams, its hard to believe that this was my reality less than 36 hours ago. I'm bastard freezing now. At least I've got some glorious memories will keep me warm.


Be warned, there's loads more photos to come (despite busting the camera during the third week). In the meantime I've 849 blog posts in Bloglovin' to catch up on which, with jetlag , is a most welcome distraction.